Betfred have released their odds for who they think will be Super League top try scorer in 2020. Here’s a look at the six favourites. 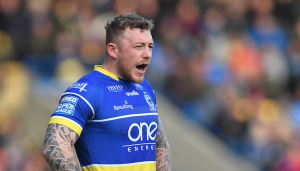 Since his return to league, Charnley has enjoyed some fine try scoring form, amassing 42 tries in 57 games across all competitions for Warrington. Last season, he starting quickly on the try-scoring front, grabbing 11 in his first nine league games. When on-form, Charnley is a tough man to stop close to the line, and with Gareth Widdop adding his creativity to the halves alongside Blake Austin for 2020, you get the feeling he won’t be short of chances to add to his Wolves tally. 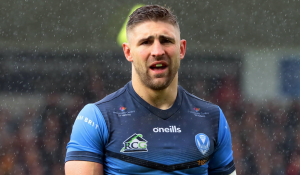 Over the last 12 months, Makinson has cemented his position as the best finisher in the competition. He topped the try-scoring charts last year with 23 Super League tries, one more than Leeds’ Ash Handley and Salford’s Niall Evalds. Last season was the 28-year-old’s best return since he bagged 20 tries in 2015, but aside from his try-scoring exploits, Makinson also eased the workload on the Saints forward pack. He made 3803m, more than any other player in 2019. Saints have all the components needed to sustain their success in 2019, and if they can click into gear right away, Makinson will have a good chance of ending the campaign as top scorer for a second successive season. 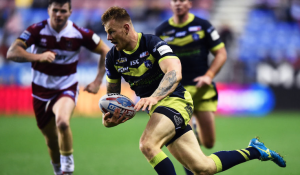 Given the wretched injury luck that Tom Johnstone has endured over the last three seasons, there isn’t a rugby league supporter out there who wouldn’t like to see the England international get back to his best. Prior to picking up a knee injury in March – his second ACL injury in three seasons – Johnstone had started the season strongly with six tries in as many appearances. He managed 27 tries for club and country in 2018 – his last full injury-free season – and if he can enjoy another sustained period of action, he is a real contender to finish top of the scoring charts. 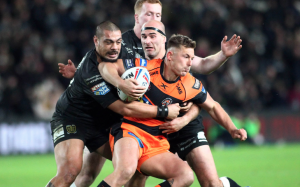 Eden is a born try scorer and has an ability to finish even in the tightest of spaces. The flying winger has broken a whole manner of records since returning from Brisbane in 2017. With 72 tries in 67 appearances, he has averaged more than one try every game for the Tigers and recorded a remarkable 41 tries in 2017, following in the footsteps of his prolific predecessor, Denny Solomona. Eden will have added competition on the wings following the arrival of Sosaia Feki and Derrell Olpherts, so will need to be on top of his game once again if he is to maintain his regular starting spot.

The man likely to start on the opposite side to Eden, Sosaia Feki is expected to hit the ground running in his first year in Super League. He bagged 67 tries in 148 games during his time at Cronulla and averaged 11 tries per season over his last four campaigns with the Sharks. The NRL Grand Final winner arrives from a Cronulla side comfortable throwing the ball around. Under the watchful eye of Daryl Powell and steered around the park by the new, youthful spine of Danny Richardson and Jake Trueman, you get the sense that Castleford’s attractive brand of rugby will suit Feki down to a tee. 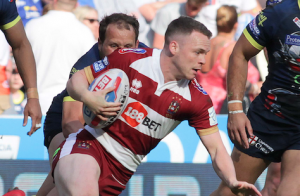 Following some impressive off-season recruitment, Wigan look set to have an abundance of creative flair when the 2020 season comes calling. One man who could benefit from the arrival of new half-back Jackson Hastings – their direct replacement for George Williams – is Liam Marshall, a 23-year-old with just shy of 100 Super League appearances to his name. Marshall managed 17 tries in 24 games last year for the Warriors, and over the last three campaigns, he has either matched or exceeded that figure. Marshall looks set to have either Chris Hankinson or Bevan French on his inside, and regardless of who is given the nod at centre, there will be chances aplenty as he seeks to finish top of the scoring charts.