The 30-year-old, who has represented Great Britain, is set to partner Aidan Sezer and Luke Gale in the halves at Leeds next season. Austin has signed a one-year contract with the Rhinos.

Shaun Wane said “it just felt very natural” after his first day back at Wigan in his new leadership role. (Wigan Today)

Wane told Wigan Today: “I have a lot of history with Wigan, and I have a lot of very good friends still here, so it made it a special day for me. To be involved with my home town club again just felt very natural.”

Former Ireland captain Bob Beswick has returned to Widnes in the role of lead strength and conditioning coach. The 36-year-old announced his retirement last month after Newcastle Thunder opted to go full-time.

Very happy to be back @WidnesRL

The club has a very bright future and I’m looking forward to contributing the best way I know 🙏🏻 https://t.co/FfGrJ4POJy

Saints coach Kristian Woolf said: “They both work hard, are athletic and have a good skill set. They have trained with the first team a number of times last season and proved they can compete at this level. Saints academy is renowned for giving young players an opportunity in the first team and they certainly have the potential to be first graders in the future.” 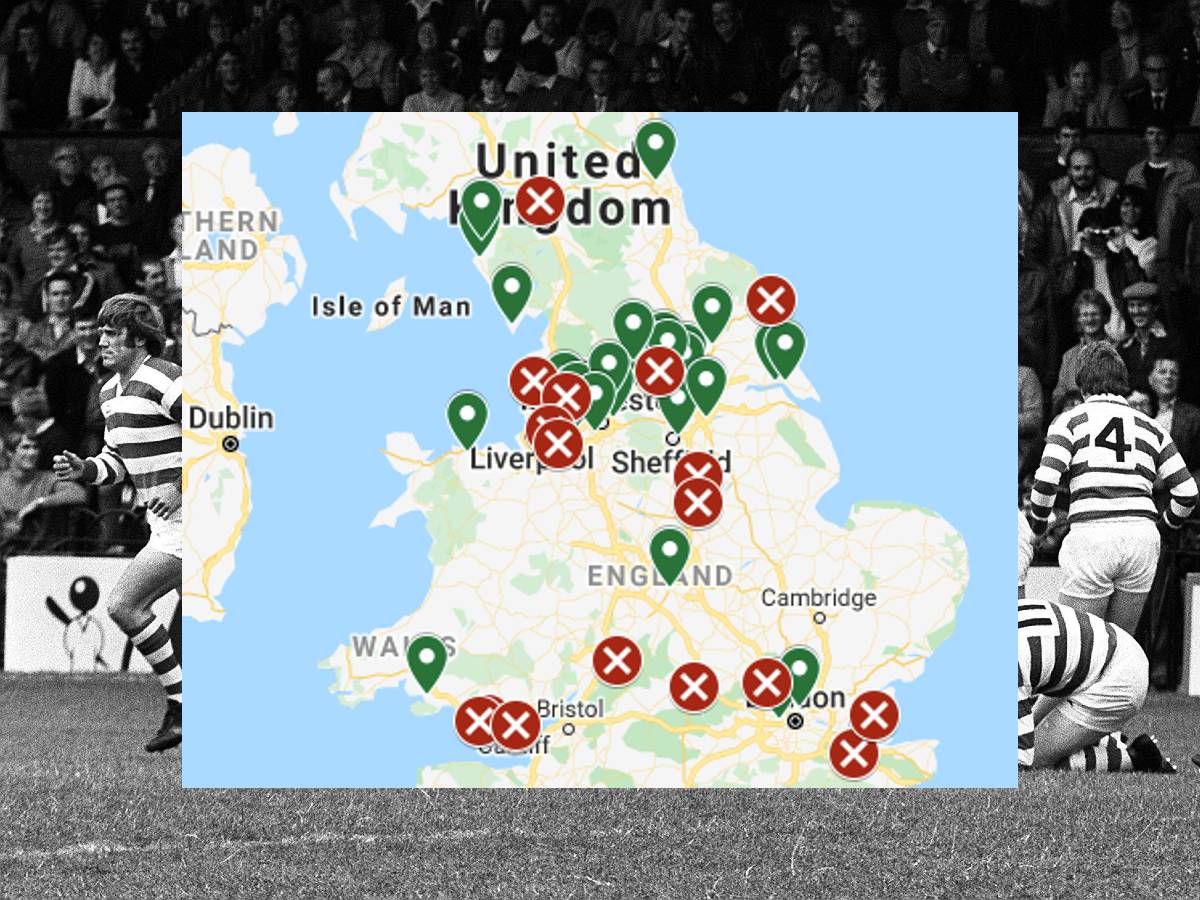 It’s 40 years since London Broncos, or Fulham as they were known then, started an expansion trail that rugby league hasn’t quite cracked in the decades since.

We’ve made a map of all the professional clubs over the last 40 years. Whether you are a traditionalist or an expansionist, this map is worth taking a look at.

Castleford coach Lee Radford has all but confirmed that the club’s recruitment is done and dusted ahead of next season. (The Yorkshire Post)

Radford told The Yorkshire Post: “We are there. We are at (full salary) cap. I never say never but it’d have to be something really out of the box to happen.”

Bob Beswick sits second in Ireland’s all-time appearances record. He won 27 caps for the Wolfhounds, five behind Liam Finn who has the most.