Scott Taylor says the Hull players are determined to make the most of their unexpected tilt at Grand Final glory by claiming a place in history.

The decision to expand the play-offs from four to six teams has opened the door for the Black and Whites, who kick off the Grand Final series against Warrington at the Halliwell Jones Stadium on Thursday.The winners will face a trip to Wigan in the semi-finals a week later, but the 2020 Grand Final will be staged at the KCOM Stadium and Taylor, who was a winner at Old Trafford with Wigan in 2013, says it would be extra special to achieve the feat with his hometown club.

“It’s been a weird year and how more weird would it be if we end up coming from nowhere and getting there?” he said.

“That would be sort of immortality as an FC player, no FC team has ever done it.

“We know there’s a lot of hard work ahead, it is going to be the hardest route, we have to get through Warrington, Wigan and Saints but, if we get the win tomorrow night, we’re one win from a Grand Final.

“If you’d have said that to us three or four months ago, we would have laughed in your face. It just shows how much things can turn around.

“There was a bit of luck with the format changing but we’ve done everything else ourselves to get us into this position.

“We’re one win from a GF in our own stadium, which has never happened before and probably will never happen again in Super League.”

Hull’s interim head coach Andy Last, who was on the club’s backroom staff for their only previous Grand Final appearance in 2006, when they lost 26-4 to St Helens, says his players have discussed the prospect of playing the title decider at home. 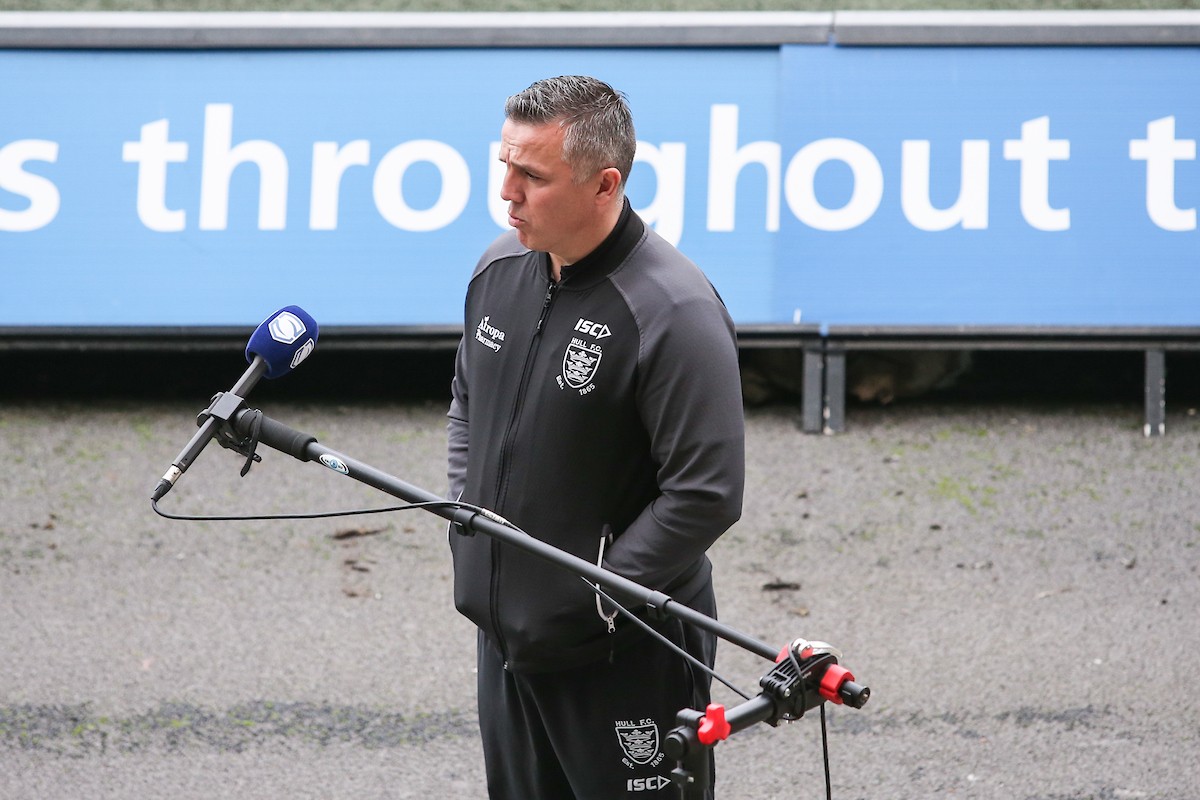 “We can’t look past this week but the guys have spoken about how special it would be to play a Grand Final on home soil,” he said. “It would be superb and something that would live long in the memory.

“I think it’s a crying shame this club hasn’t played in a showpiece Grand Final on more than the one occasion.”

Warrington have appeared in four of the last eight Grand Finals but have yet to win one and go into Thursday’s knock-out tie on the back of one game in the last month.

“We’re fresh,” said coach Steve Price. “Unfortunately, we’ve not been playing for a little bit but we’ve tried to mimic as much of the game intensity as we can in training.

“We have a lot of experienced players who understand what big games are about which is important. The boys are excited for the challenge.”