We’re creating how each nation could line-up ahead of the World Cup, in collaboration with He Can Play For. This week, it’s Samoa!

In these weekly feature pieces, we are selecting our predicted side who can represent Samoa. This can include players born in that country, with heritage to the nation or even residency.

How Samoa could line-up at the Rugby League World Cup: 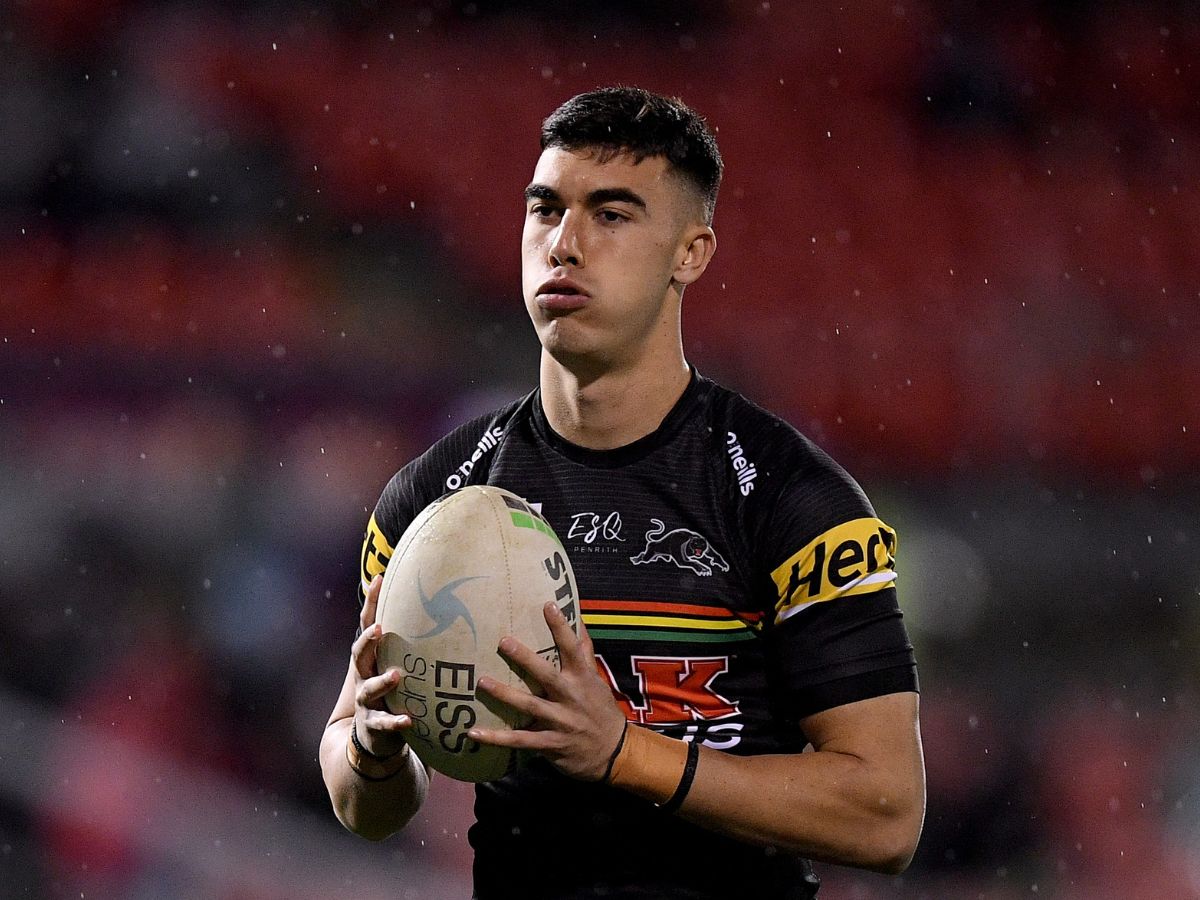 Staines was born and raised in Australia and is of Samoan heritage through his grandfather. He made his international debut for Samoa in their 42-12 win over the Cook Islands in June.

The 21-year-old is comfortable at full-back or on the wing and has scored 22 tries in 35 games for the Panthers. 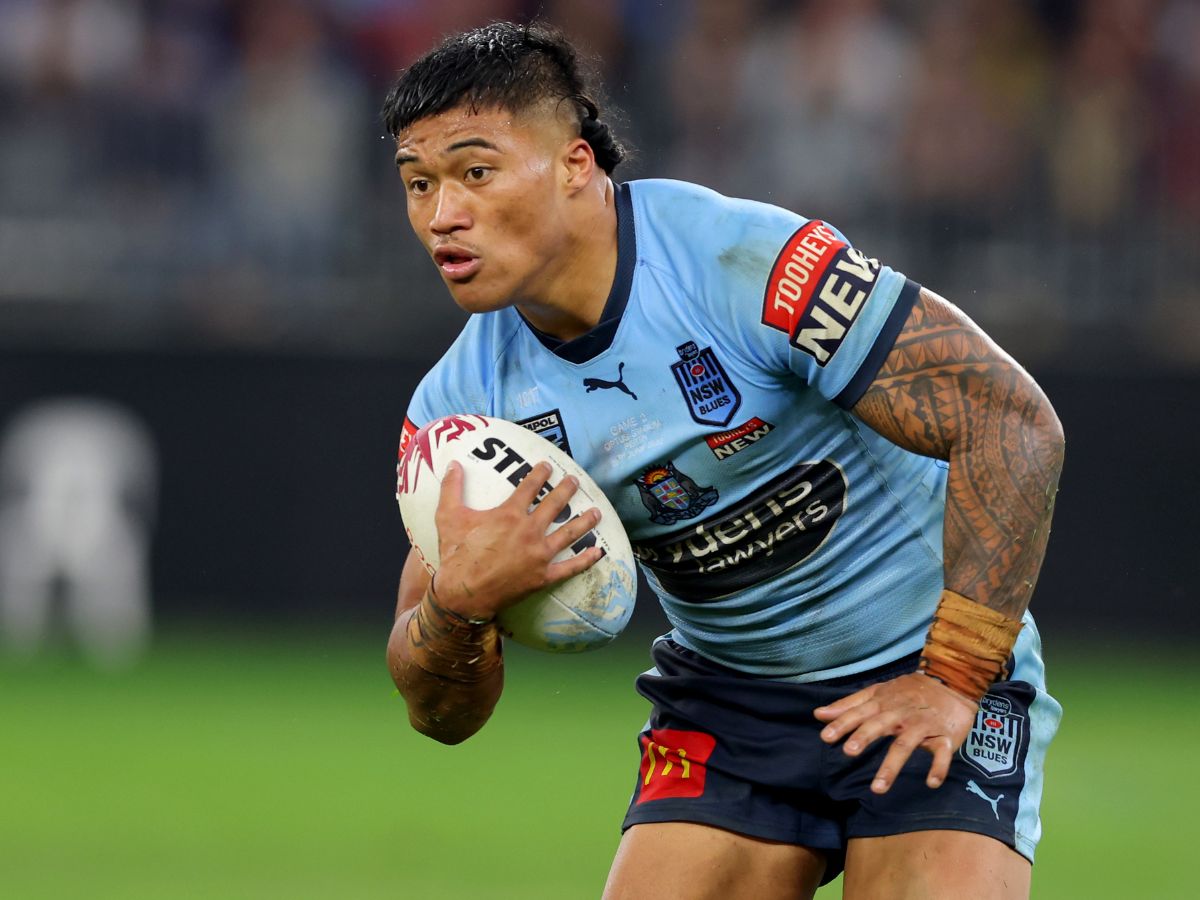 To’o is one of the world’s best wingers right now. He was being considered for Australia selection before pledging his allegiance to his Samoan heritage.

The Panthers man made his international debut for Samoa in 2019 and played in the Nines World Cup that year. He has already played six games for New South Wales in the State of Origin arena. 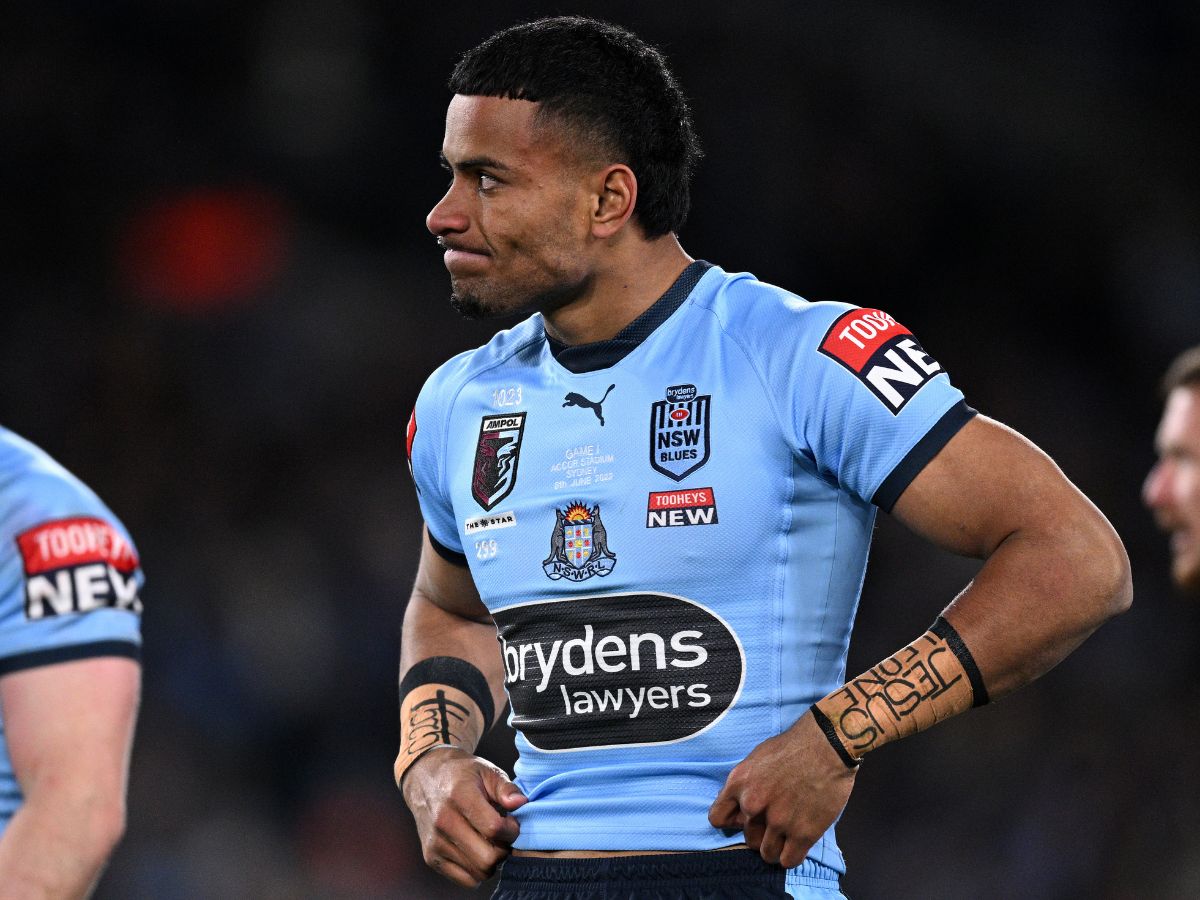 Crichton was born in Apia, the capital for Samoa before moving to New Zealand when he was two. His family then settled in Australia a short time later.

The 21-year-old Panthers favourite is another New South Wales representative in the State of Origin arena. 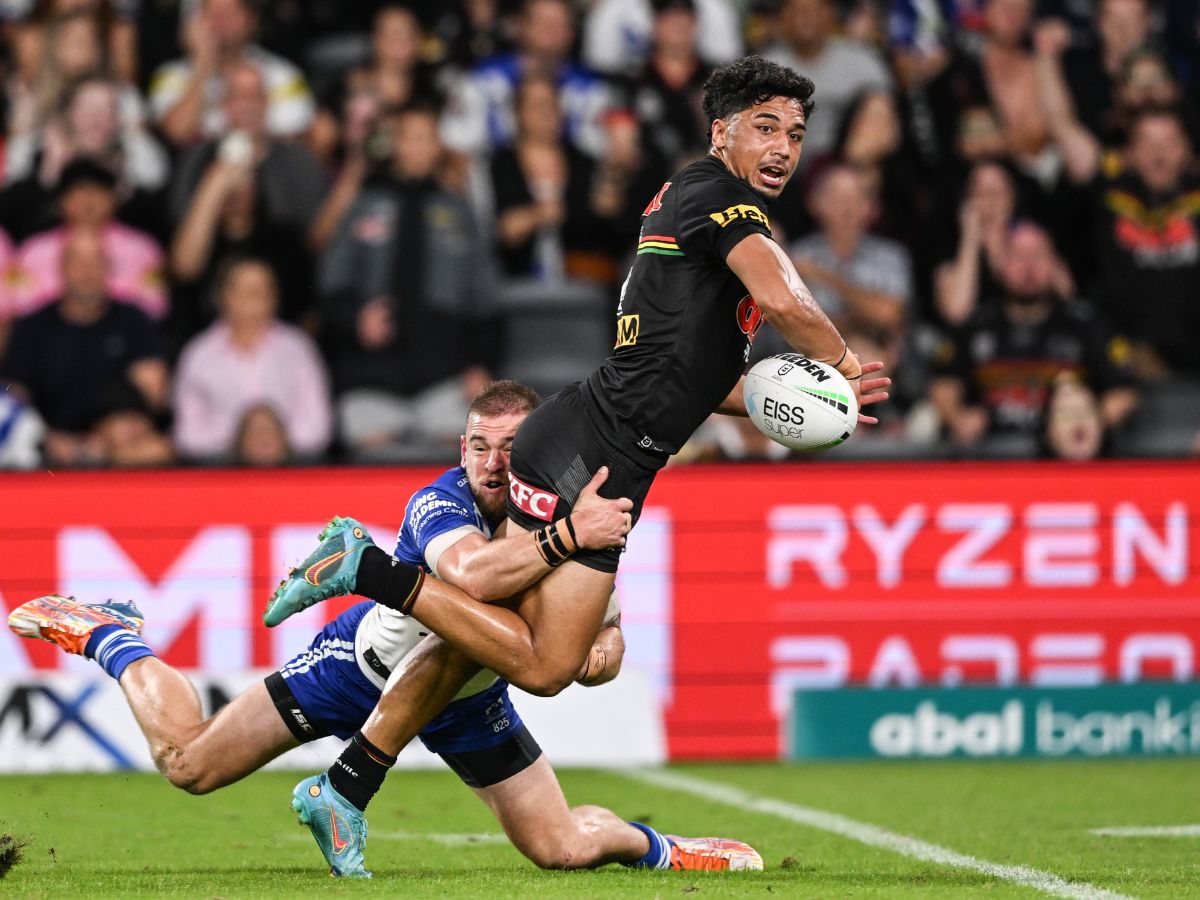 Tago is another member of Penrith’s Samoan contingent! He has already made 29 appearances for the Panthers despite only turning 20 in April.

He made his international debut in their mid-season win over the Cook Islands. 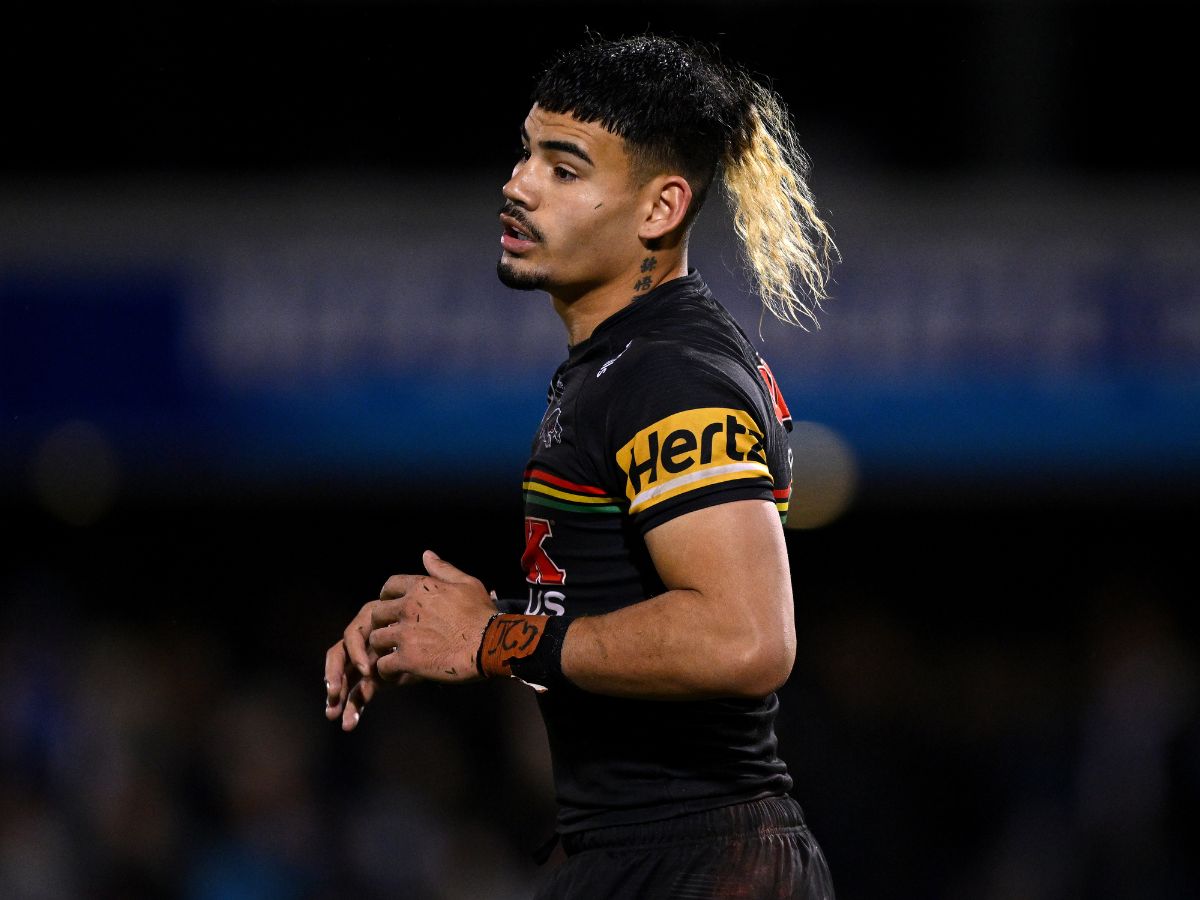 Taylan, the brother of Catalans Dragons star Tyrone and Sydney Roosters prop Terrell, has scored 15 tries in 21 games for Penrith.

The 21-year-old speedster scored two tries on his international debut for Samoa earlier this year. 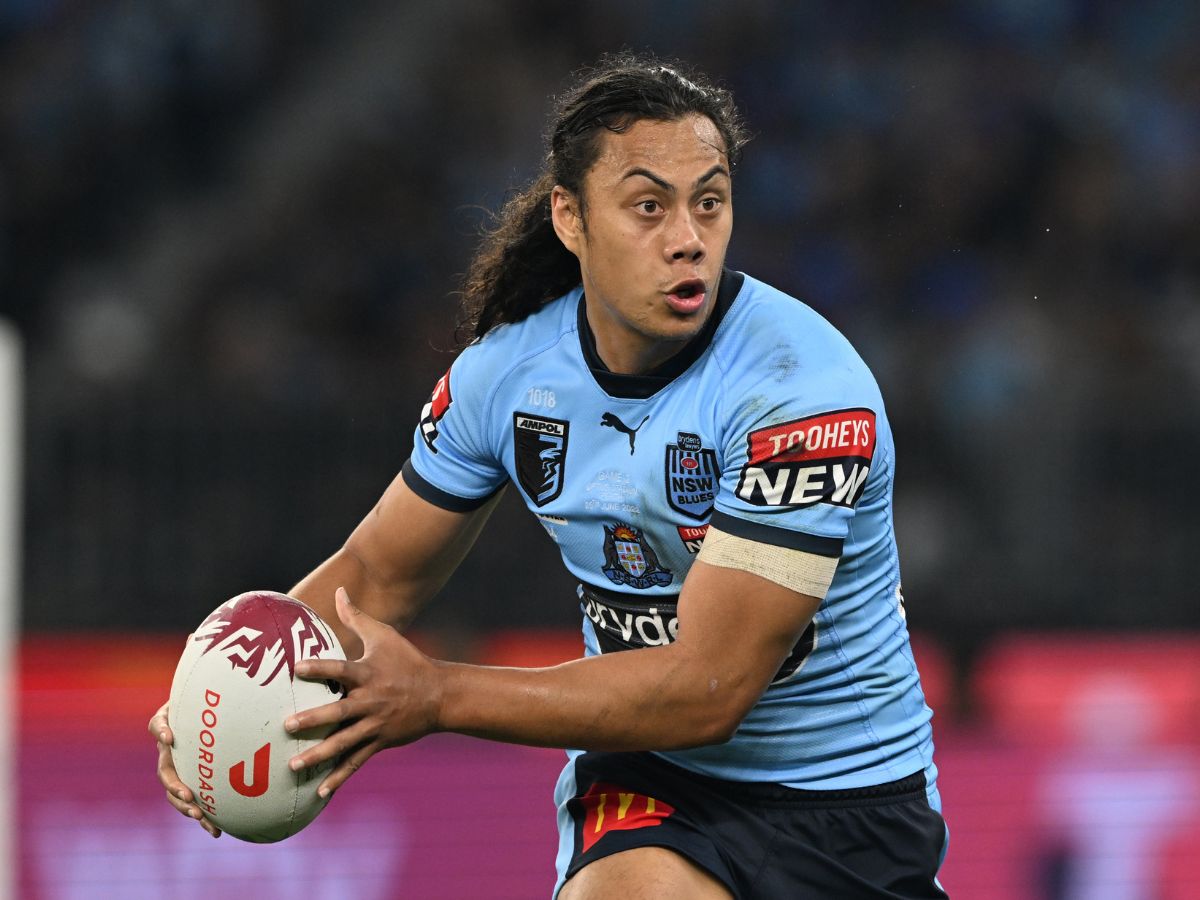 Luai is without doubt one of the best playmakers in the game. He actually played for Samoa before he made his NRL debut.

Luai was part of the Samoan squad for the last World Cup in 2017, winning five caps so far as well as playing at the Nines World Cup in 2019. He has also represented New South Wales five times in State of Origin. 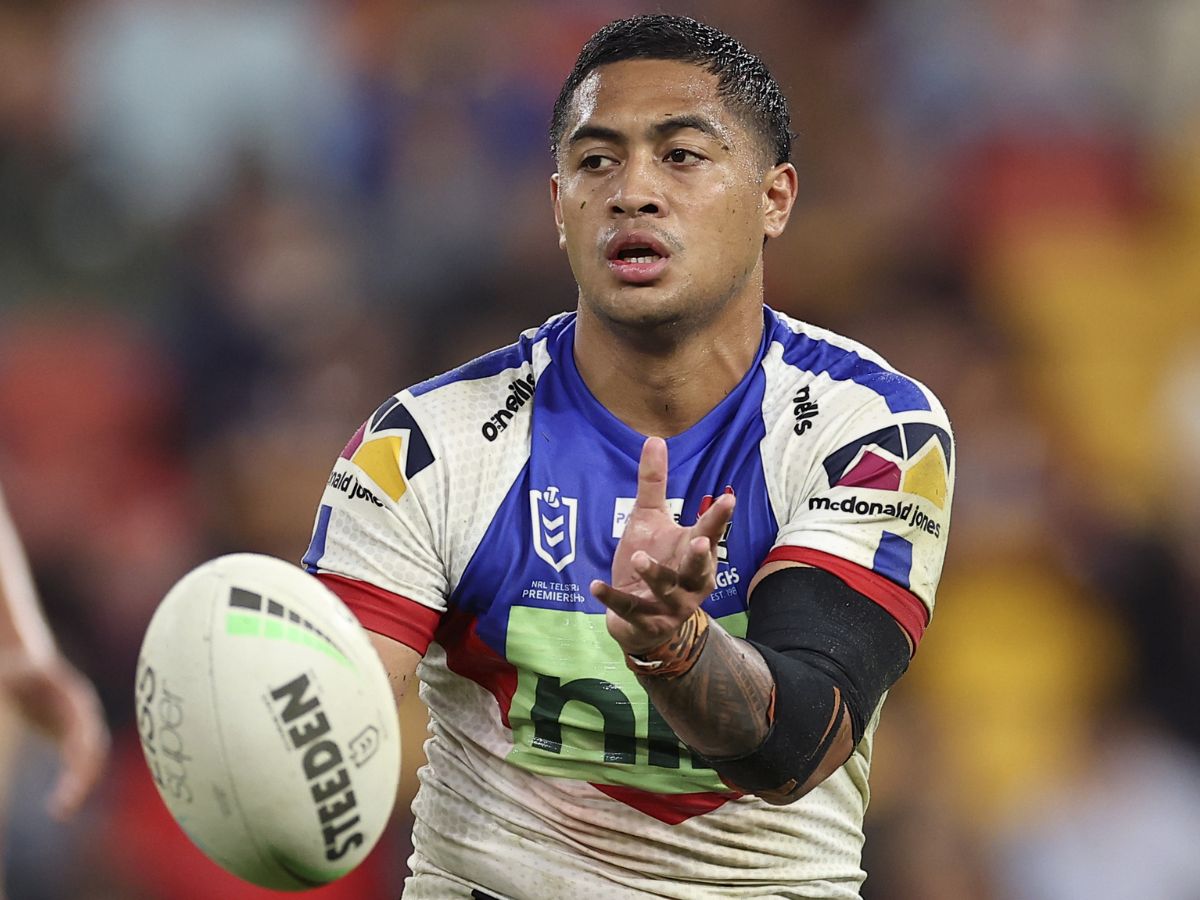 Milford has been a mainstay in the Samoa setup since 2013, representing his heritage eight times so far.

The 28-year-old has played more than 200 games in the NRL for the Raiders, Broncos and Knights. He even played for Queensland in 2017-18. 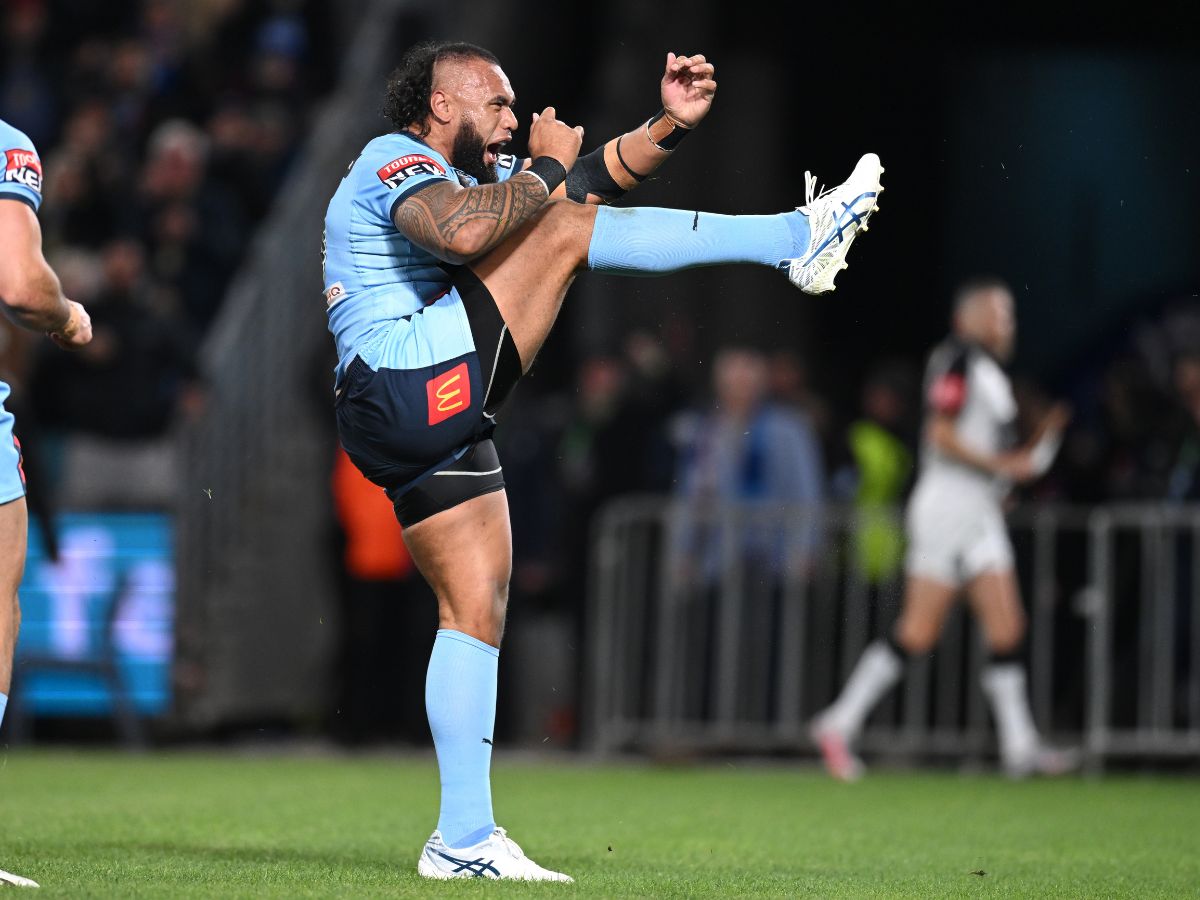 Paulo is another player who attracted interest from Australia coach Mal Meninga, but he has committed to Samoa for the World Cup.

The 28-year-old has won nine caps for Samoa and played at the last World Cup in 2017. He has been one of New South Wales’ best forwards in recent years. 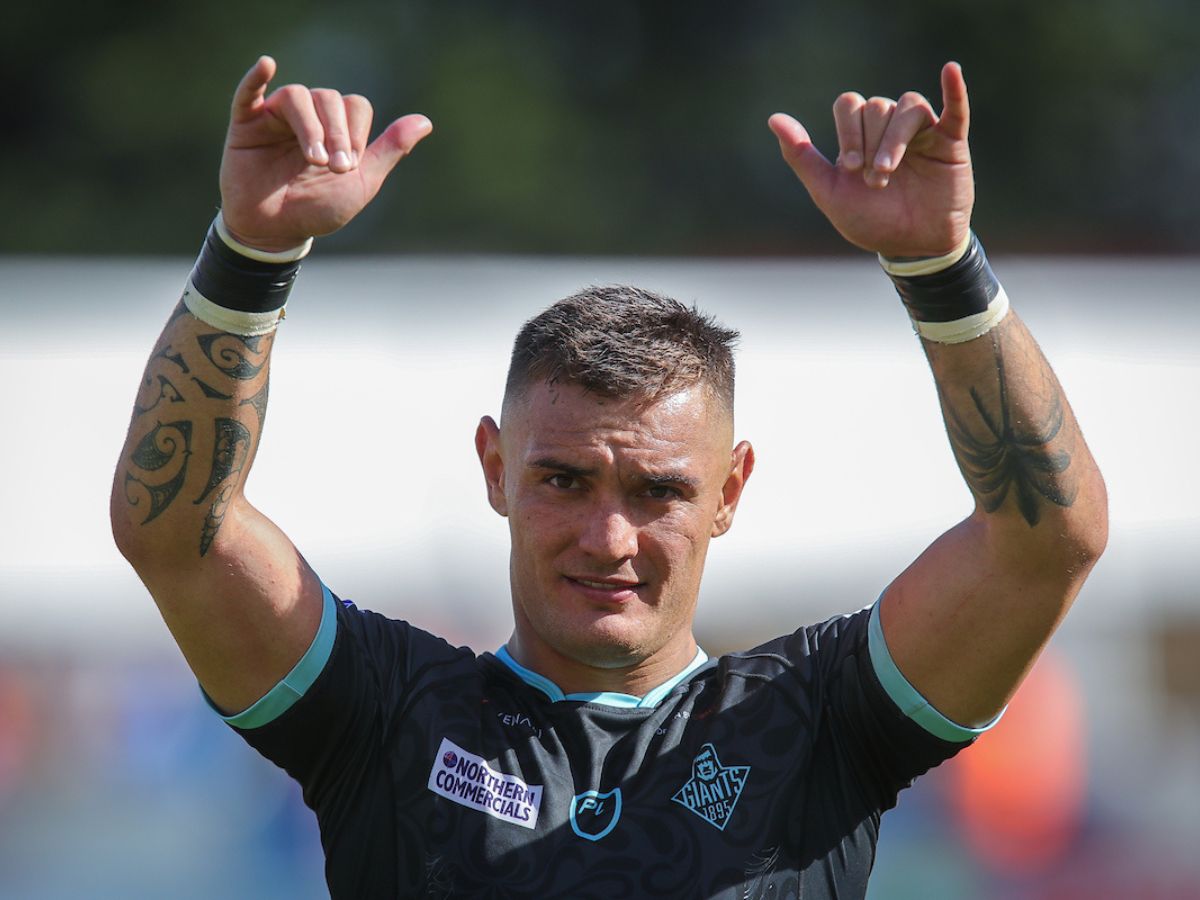 Levi has enjoyed a sensational debut season in Super League with Huddersfield.

The Wellington-born hooker played for birth nation New Zealand at the 2017 World Cup but switched allegiances to Samoa in 2019. 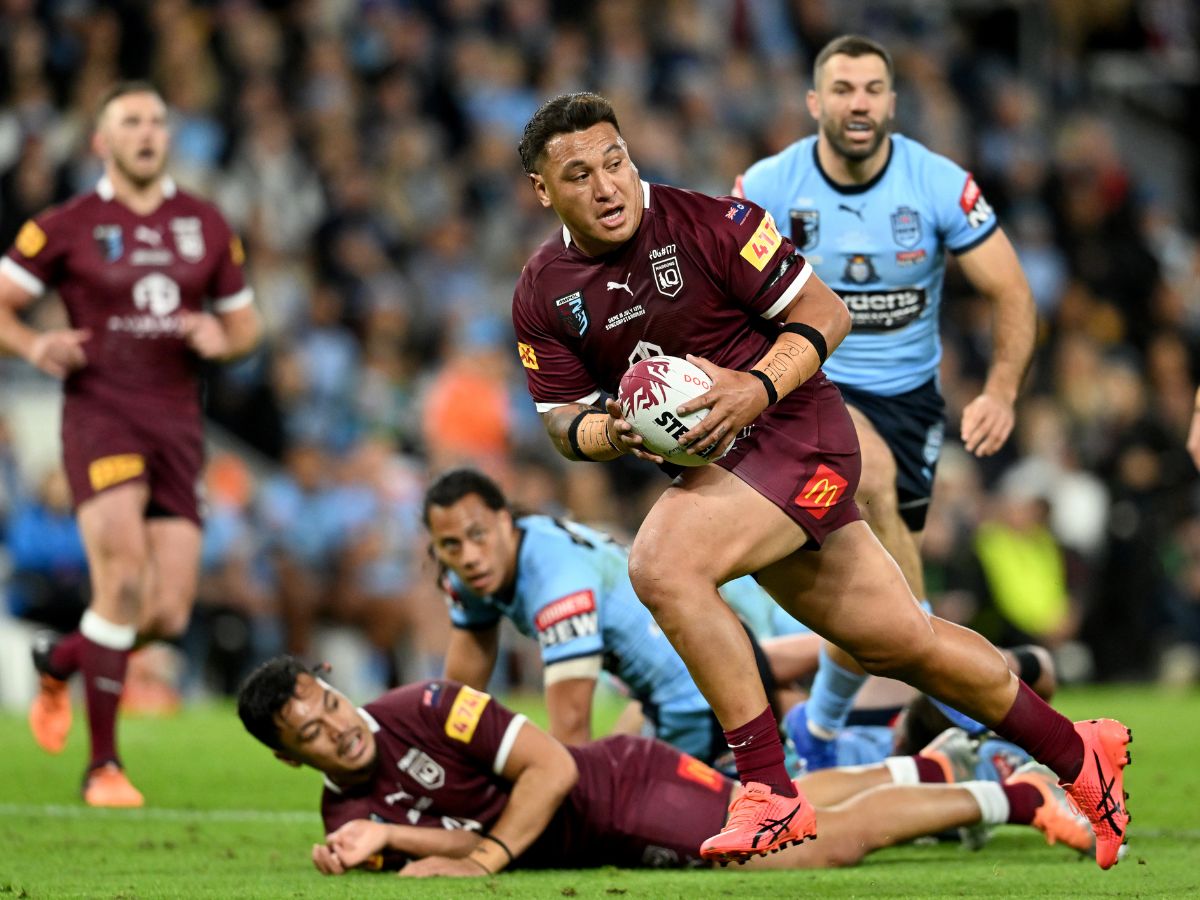 Papali’i was born in New Zealand and is of Samoan heritage. His family moved to Australia when he was five and he was raised in Queensland.

The 30-year-old, who has made more than 250 appearances for Canberra, has represented Australia and Samoa on the international stage. He has won 11 caps for the Kangaroos and won four caps for Samoa at the last World Cup in 2017.

Papali’i has played a staggering 23 times for Queensland in State of Origin. 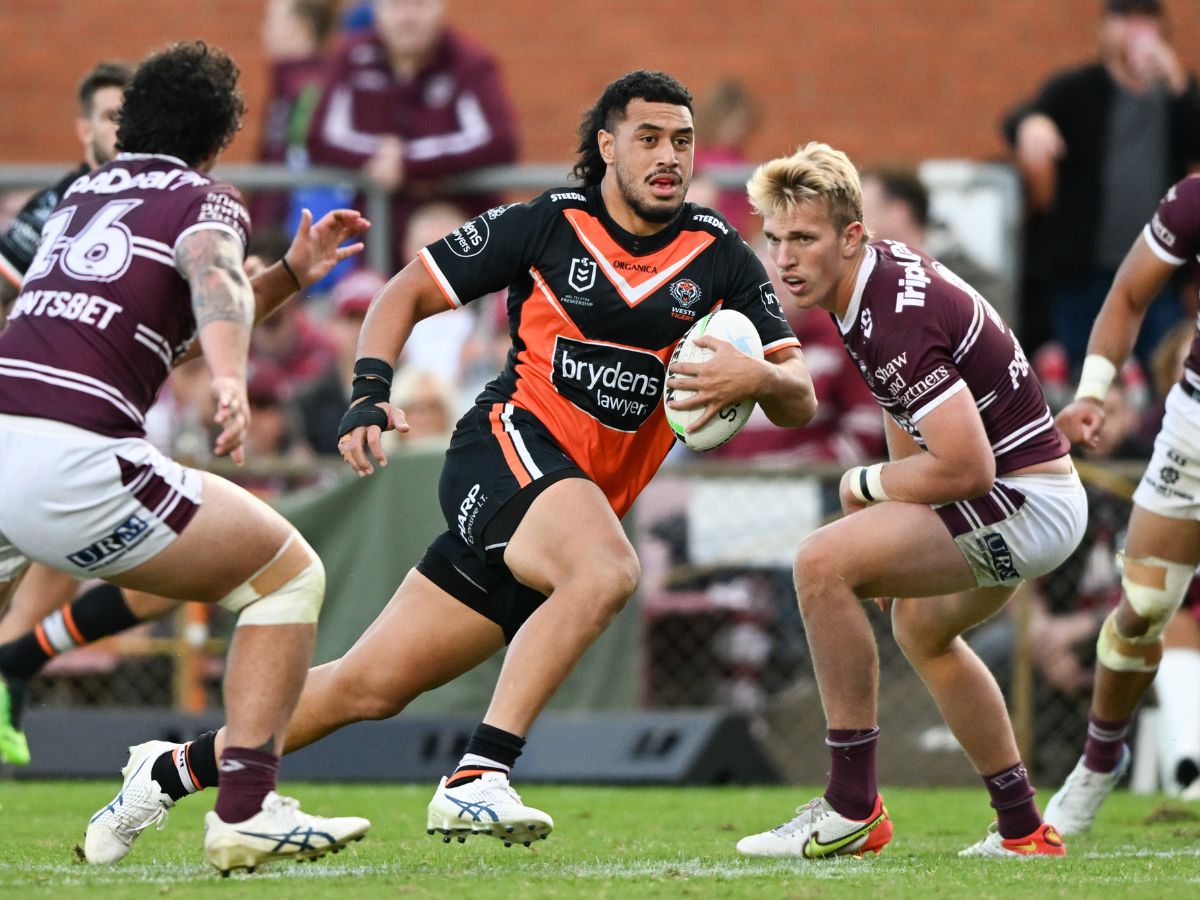 Tuilagi has a tremendous future in front of him. The Apia-born forward has already played 25 games for Wests Tigers despite only being 23 years of age. He has yet to play international footy. 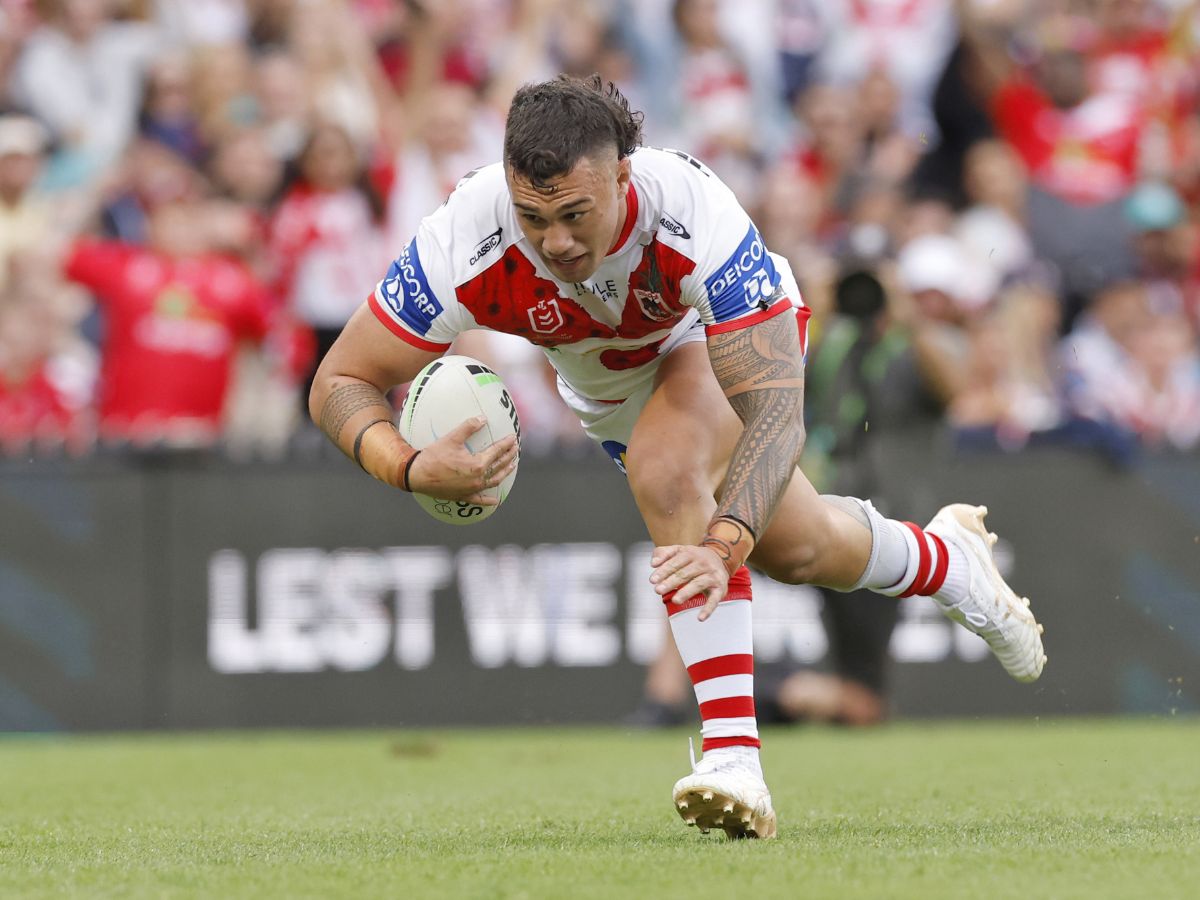 Su’A has been a standout back-rower in the NRL for several years now, and almost has 100 first-grade appearances under his belt.

The 24-year-old made his debut for Samoa in 2019 and played in their recent test win over the Cook Islands. He has also played four games in State of Origin for Queensland. 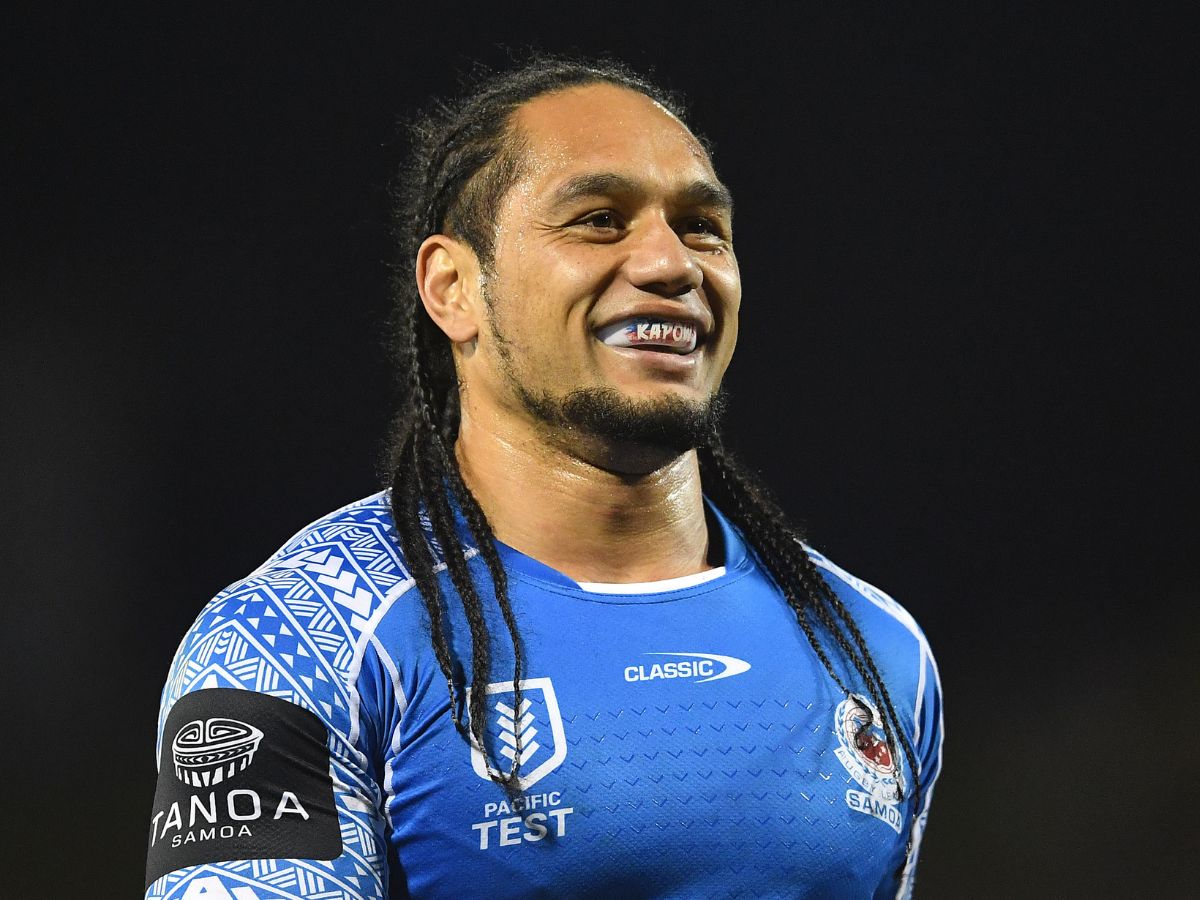 Auckland-born Taupau made his international debut for Samoa in 2013 before switching allegiances to birth nation New Zealand a year later. He won 24 caps for the Kiwis before switching back to represent his Samoan roots in 2019.

Taupau has made more than 200 appearances in the NRL and will bring a wealth of experience to Matt Parish’s side. 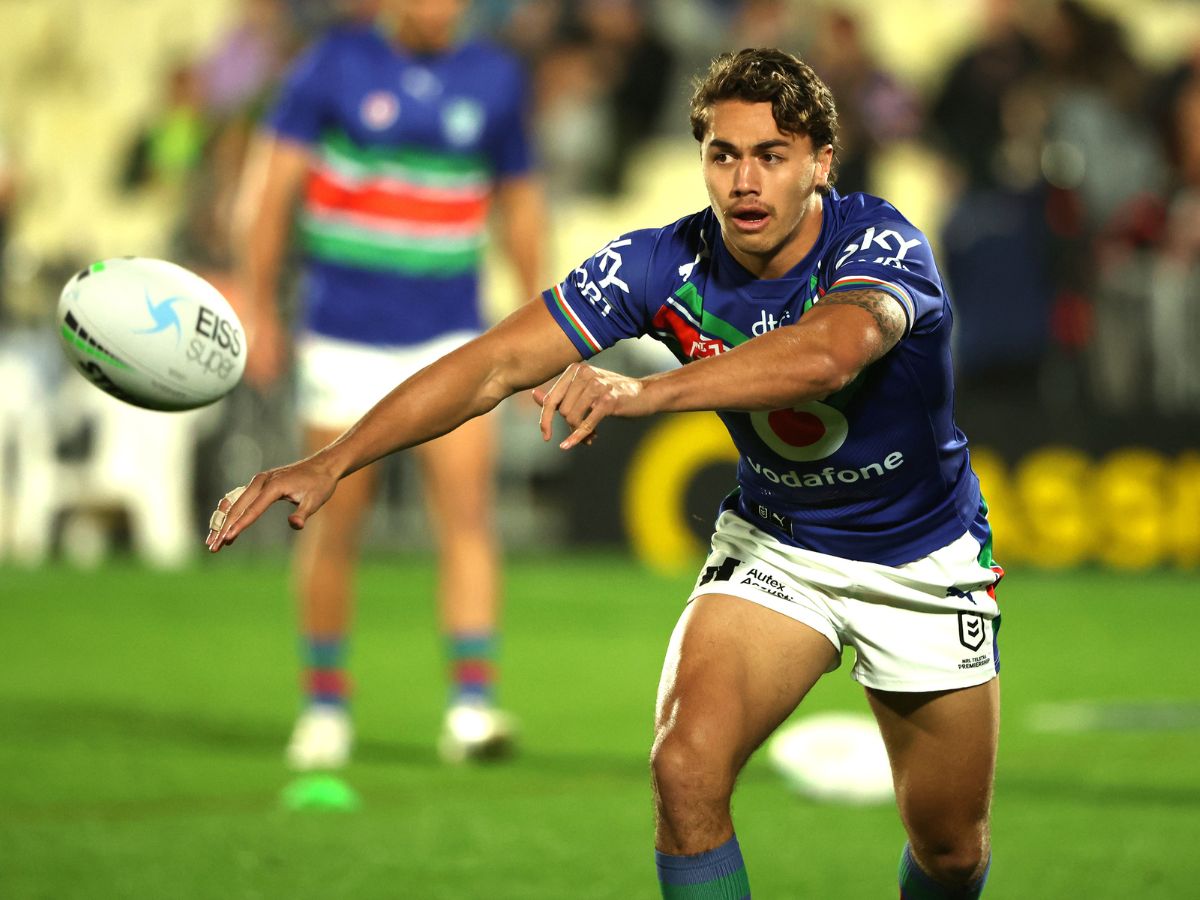 Harris-Tavita was born in New Zealand is of Maori and Samoan descent. He has played 49 games for the Warriors since making his first-grade debut in 2019.

The 23-year-old half-back or hooker has won two caps for Samoa. He has also represented the Maori All Stars. 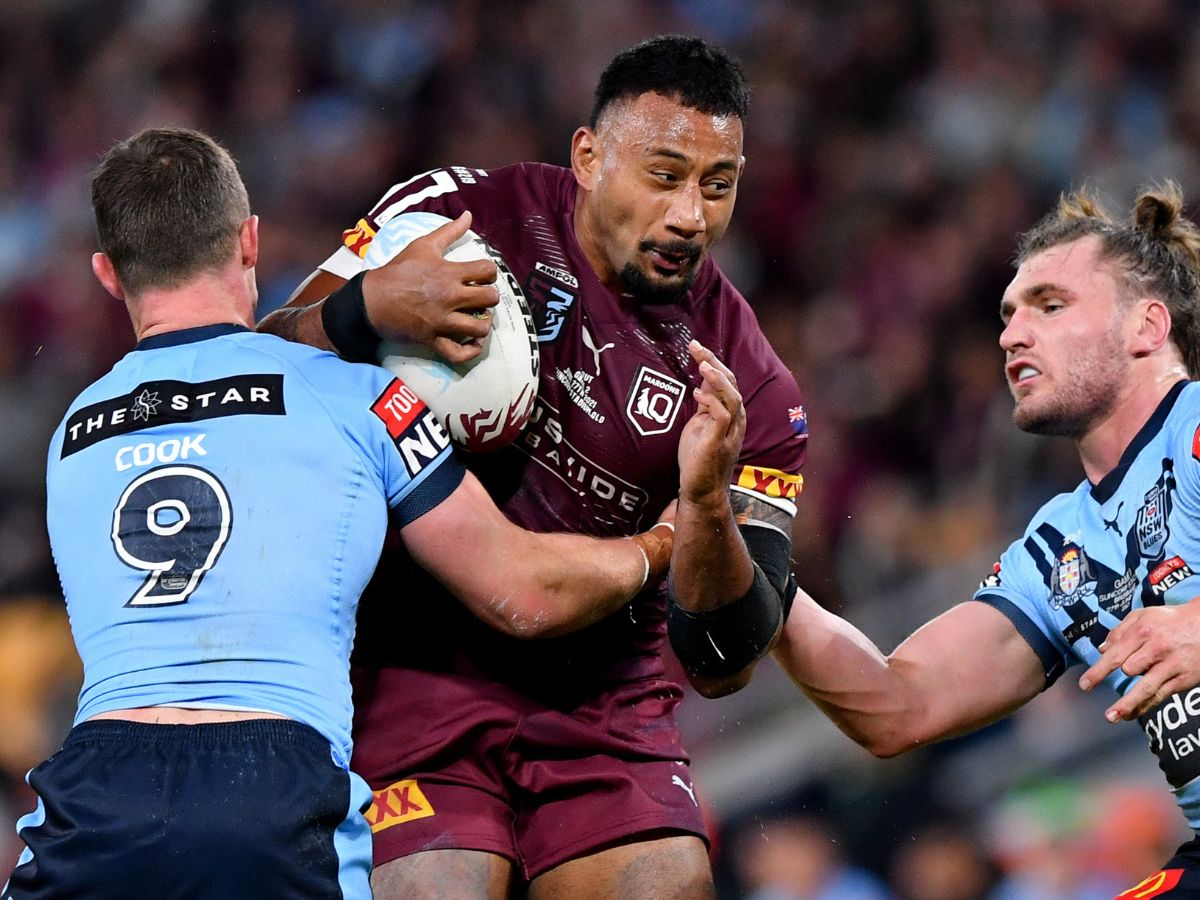 Molo, who has almost played 100 NRL games, played twice for Queensland in State of Origin last year. His commitment for the upcoming World Cup lies with Samoa, having played for them earlier this season. 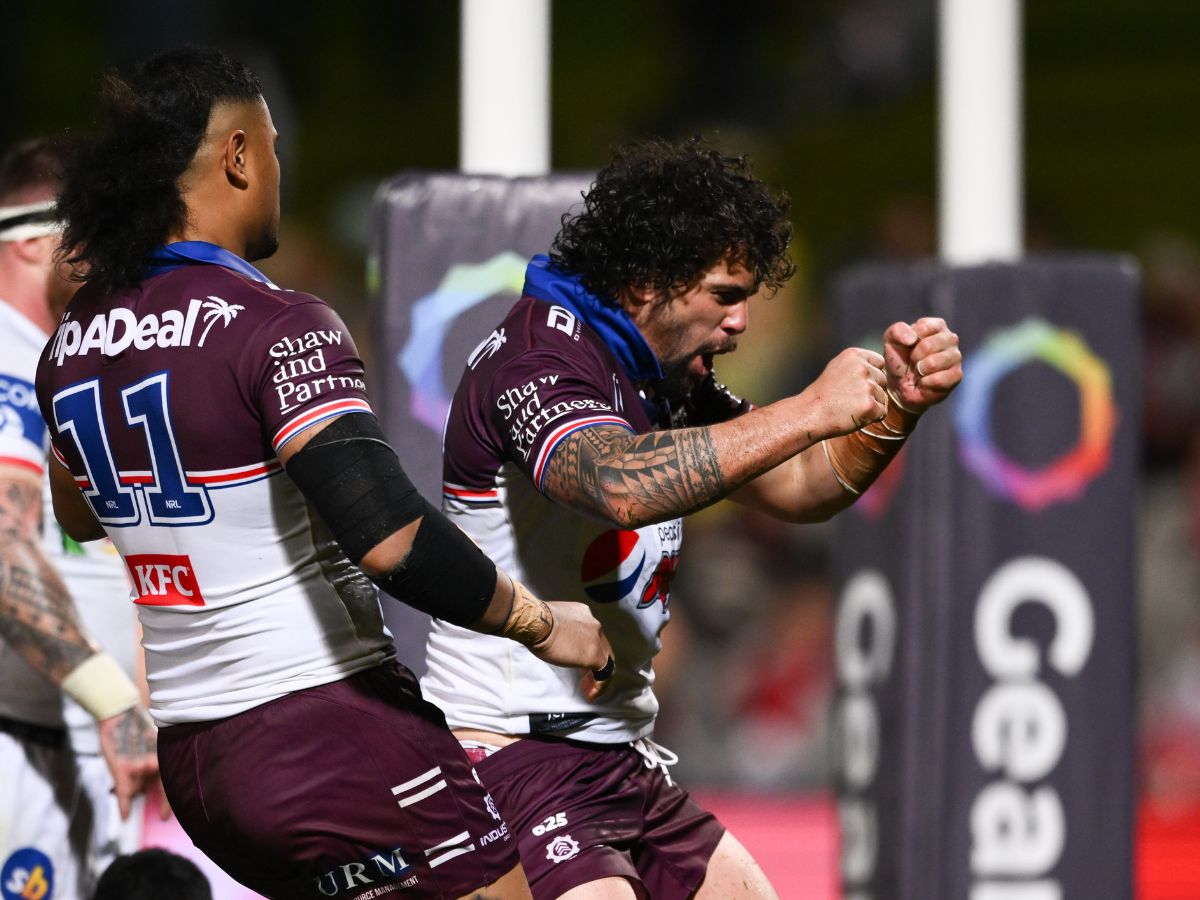 Aloiai was born in New Zealand and is of Samoan and Italian heritage. He has won two caps for Samoa, playing in their recent win over the Cook Islands.

The 26-year-old prop has made 120 appearances in the NRL for Wests Tigers and Manly. 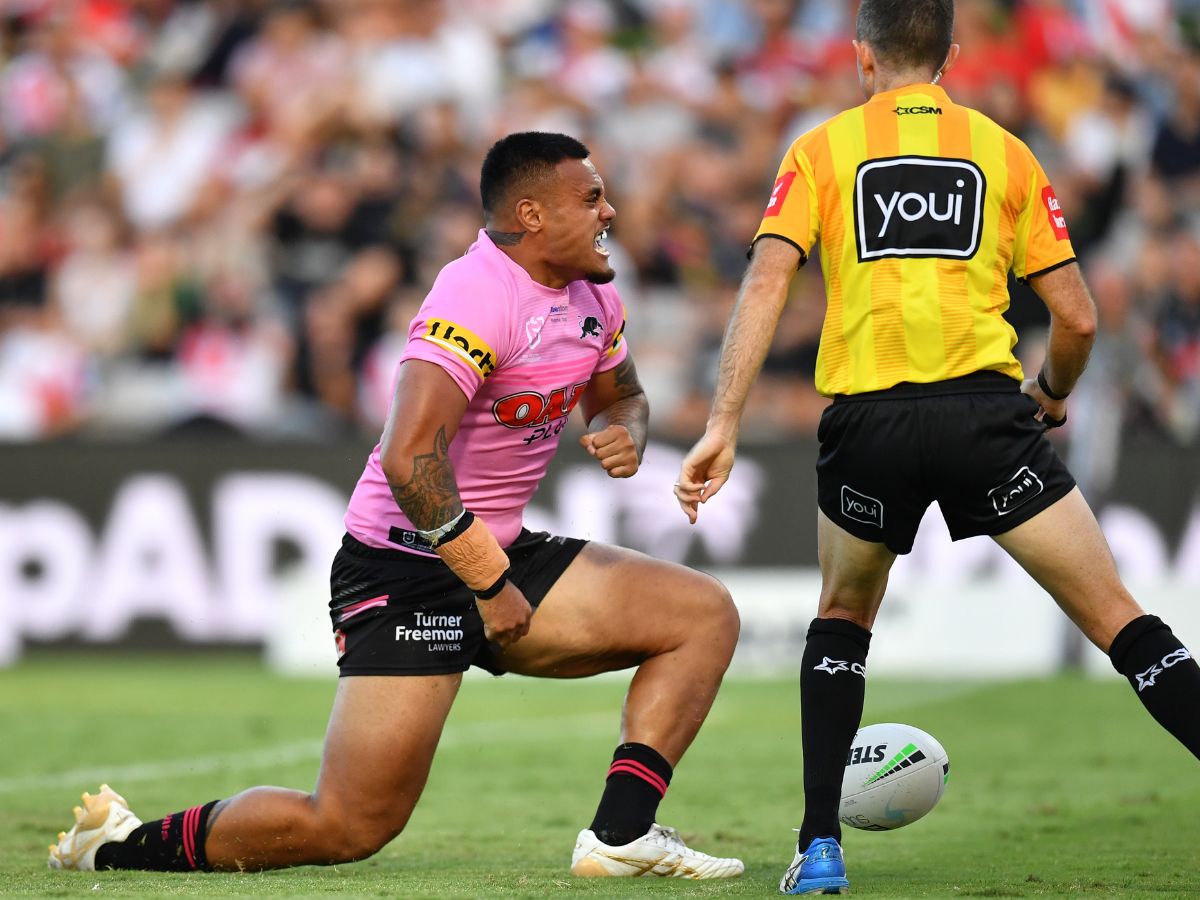 Powerhouse prop Leniu has a massive future in front of him. He has already played more than 50 games for the Panthers despite only being 21. He is years away from hitting his peak yet, so the best is yet to come from Leniu.

The NRL Premiership winner made his Samoan bow against the Kukis in June.

Putting together a predicted line-up for Samoa this year was incredibly hard due to the strength in depth they have across the park.

In the backs, we’ve had to leave out the likes of Hamiso Tabuai-Fidow, David Nofoaluma, Mason Lino and Jaxson Paulo.

And in the forwards, there was no place for Braden Hamlin-Uele, Royce Hunt, Nu Brown or Raymond Faitala-Mariner in our predicted 17.

There are several Samoan-eligible players who we think will represent Australia, so we’ve left them out of this line-up – Tino Fa’asuamaleaui, Joseph Suaalii, Payne Haas, Jeremiah Nanai and Murray Taulagi.

But let’s make no bones about it, Samoa are serious contenders for this year’s Rugby League World Cup.

About Drew Darbyshire 8338 Articles
Love Rugby League Deputy Editor. Joined the site ahead of the 2017 World Cup and been a full-time reporter since 2018.
Twitter