Castleford secured their first win since the Super League restart, coming from 18-0 down to beat Salford 37-30.

Danny Richardson’s drop goal edged them in front with 15 minutes to play and then it was his kick, gathered and touched down by Grant Millington that took the game out of the reach of the Red Devils at Headingley.

Much of the pre-match chatter had been about Castleford-bound Salford full-back Niall Evalds, with the Tigers having officially confirmed the long known about transfer in the build-up to the match, much to the ire of Red Devils coach Ian Watson. 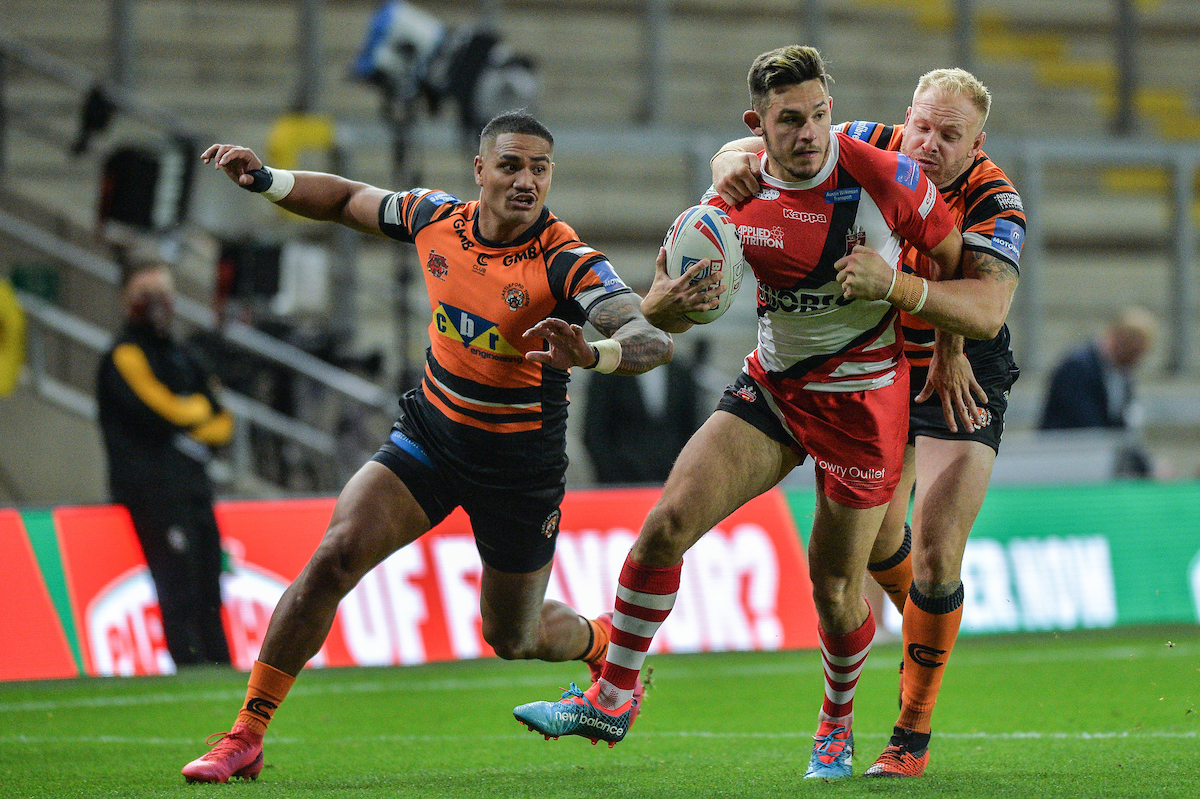 Whatever it was that Watson had said in the team talk certainly had Salford out of the blocks quick, because within 11 minutes, they were 18-0 in front.

The first was an opportunist interception from Kevin Brown, who snuffed out a Castleford move right in midfield and went 50 metres.

Brown then orchestrated the second try with a lovely set move with Evalds, who ran on to the ball at pace to slide over against his future employers; and then after they had forced a repeat set with a chip kick to the corner that was knocked forward by a Tigers hand, Joey Lussick went over from dummy half. 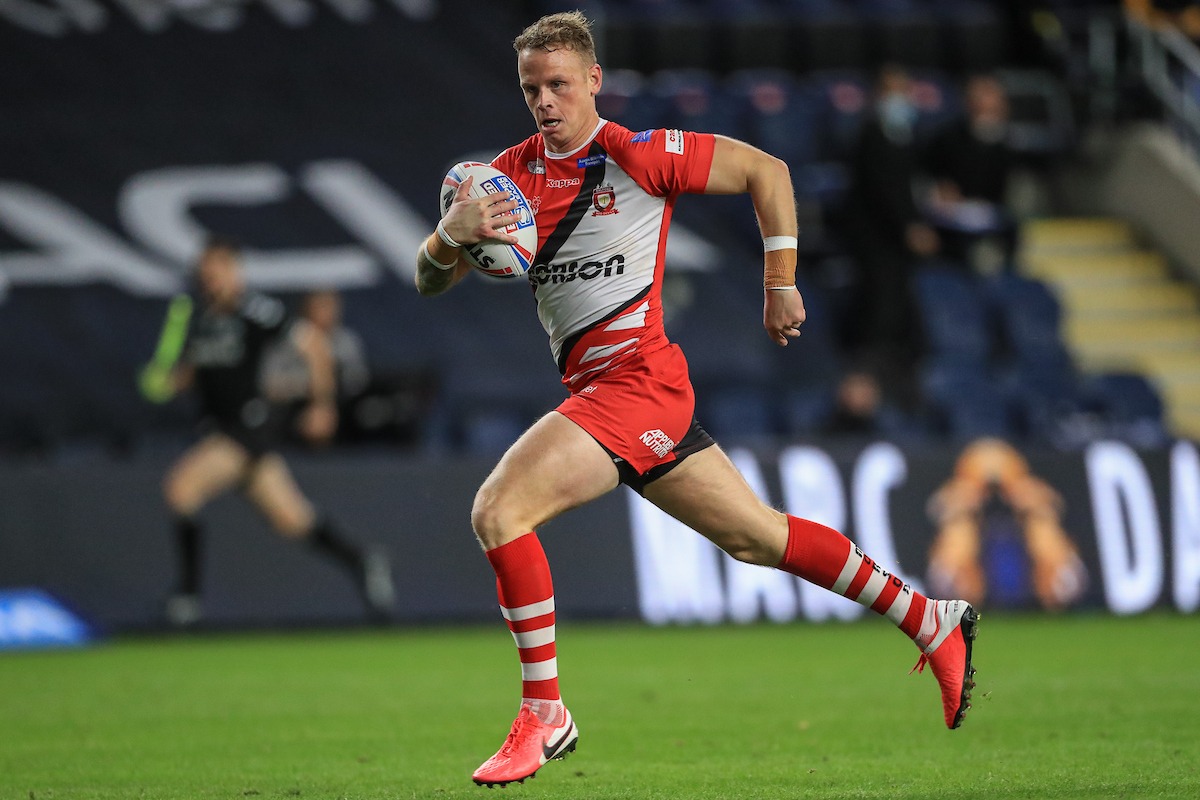 Castleford rolled their sleeves up, led by Paul McShane, and turned the game on its head in an extraordinary first half that coughed up 48 points in total.

Danny Richardson got the Tigers on the board, converting his own try after getting on the end of his own kick, before McShane carried the ball to the left and teed it up for Michael Shenton to race round.

McShane burrowed over from dummy half on 28 minutes to level the scores and then two minutes later was on the end of a lovely flowing move involving Richardson and Gareth O’Brien through the middle. 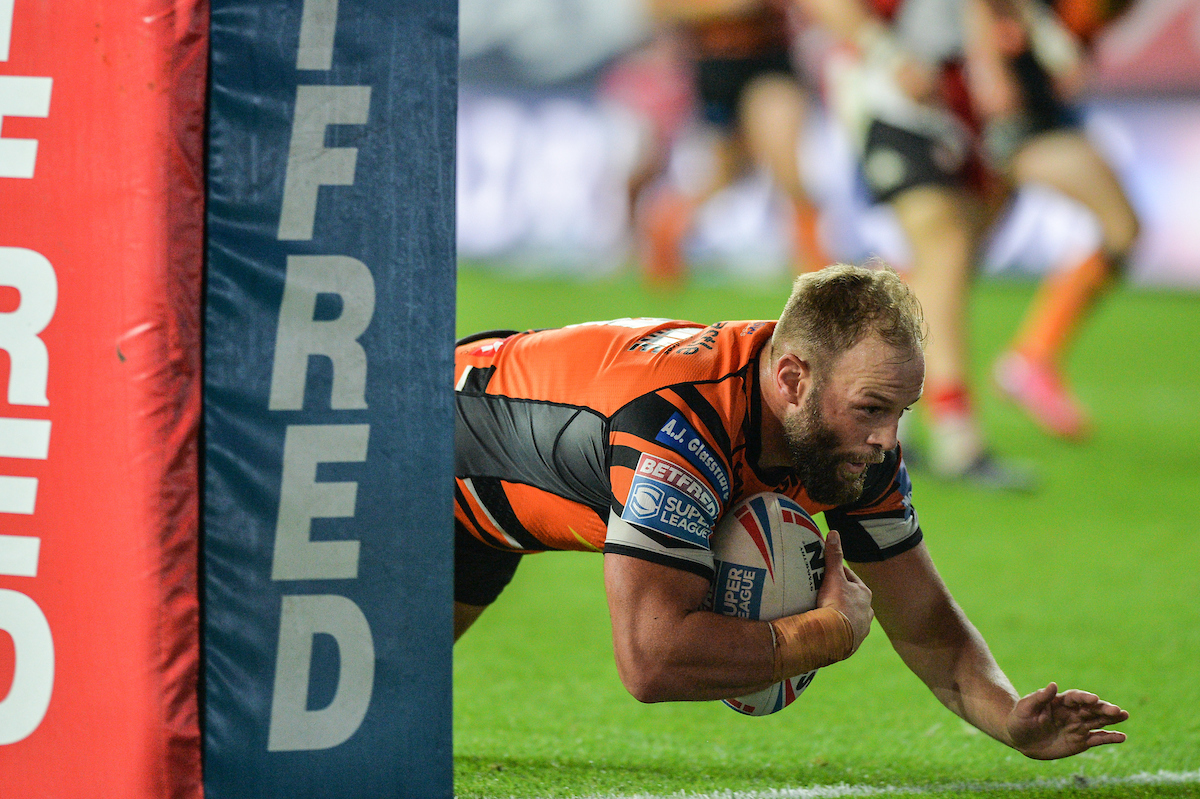 That wasn’t the end of the scoring in the first half, Luke Yates ensuring that Salford at least went in level after a breathless opening 40.

After we had scoured the record books for highest scoring games at half time, the frequency of scoring diminished in the second half – although it took only six minutes for the next try, a fine offload by Liam Watts sending Richardson away and he put Mike McMeeken around the full-back.

But Salford levelled things up again on 52 minutes, Rhys Williams finishing well in the left corner despite the attention of a few defenders, and Krisnan Inu’s superb touchline conversion made it 30-30.

A Richardson drop goal nudged Castleford back in front and then his kick found a gleeful Grant Millington for the decisive score with eight minutes to play.