Salford full-back Ryan Brierley has given a fascinating insight into the club’s new style of play – but insists it is not ‘off the cuff’.

The Red Devils have embraced a new expansive style of rugby under new head coach Paul Rowley; and his assistants Kurt Haggerty and Danny Orr.

Salford’s new style caught the eye on Saturday as they eased past League 1 neighbours Swinton 48-12 in a pre-season friendly.

On their new attacking brand of rugby, Brierley said: “The style of play was quite evident. We got a lot of that into us. I’m pleased that the style of play went down well because its different.

“Its not different for me because I’ve been involved with that for a while with Rowls and Haggy but it is very different to previous years. It is going to take some getting used to for fans because we are going to throw the ball around.

“This new style of play is very different for a lot of players. The guys who haven’t been used to it have been absolutely outstanding in terms of being receptive and buying in. It is a real tough sell if I’m honest to play like this because all they’ve been used to is the one-out stuff, being safe and completion. I get that and there’s nothing wrong with that, but it takes a lot of buy-in and trust (this style). We trust in it and we believe in it and we won’t be changing it.

“Hopefully we can keep creating a good brand of rugby and a style of play which is entertaining for you guys to report on which would be a great bonus for us.”

BRIERLEY: Brodie Croft has got all the attributes to be one of Super League’s best players

Ryan Brierley feeling more comfortable than ever before 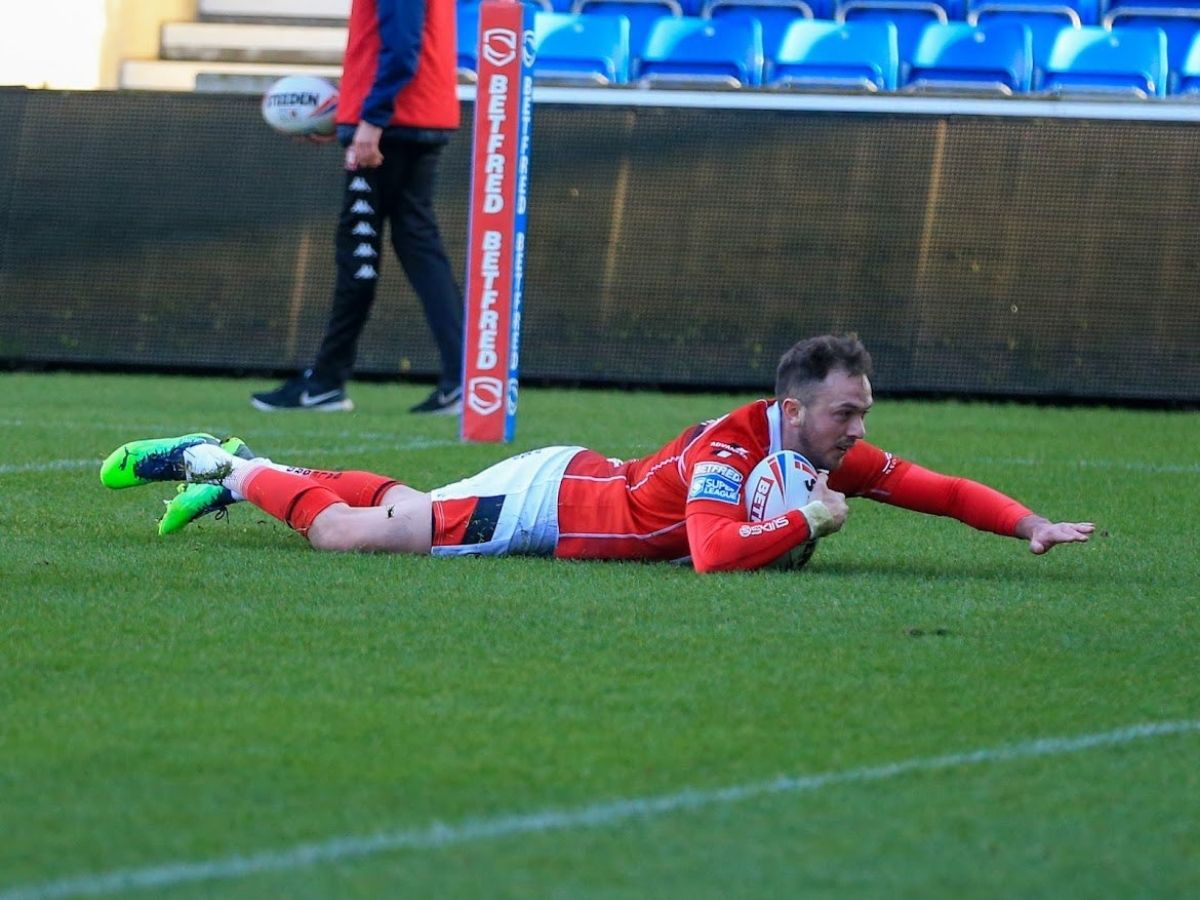 Brierley is loving life on and off the field as a Salford player right now. He linked up with his boyhood club from Leigh on a two-year deal in the off-season.

The Scotland international grew up on the terraces at The Willows. However, he admitted it hasn’t all been plain-sailing for him in the top flight.

He said: “I’ve probably never been as comfortable as a player than I am now and that’s for lots of different reasons.

“In the past in Super League I’ve not been good enough, I’ve not cracked it.

“I suppose I was only really kind of comfortable at the end of my Hull KR stint and the Leigh Super League season. Moving to full-back from the halves last season matured me a lot. Even though the team performances weren’t great, I thought I was probably in the best form of my career. I suppose the penny dropped.

“I understand I’ve got a lot to learn, I do a lot of research on the likes of Sam Tomkins and Lachlan Coote; the best in the game in my position. I try and take little bits from them when I can. If I can achieve half of what they’ve achieved or get half the ability of what they’ve got then I’ll finish this season really happy.”

“If you are happy off the field, you’ll be happy on it”

Brierley added: “I’m really happy. I’m in an environment at Salford where the coach loves me, the fans love me and the club loves me. That’s nice to feel. I said it would have taken a special place to leave Leigh and I think I’ve found it.

“When you enjoy going into work everyday you are going to be happier coming into training and learning. I always say if you are happy off the field, you’ll be happy on it. Hopefully I can find that right balance again and have a successful year.”

About Drew Darbyshire 7885 Articles
Love Rugby League Deputy Editor. Joined the site ahead of the 2017 World Cup and been a full-time reporter since 2018.
Twitter

The Morning After looks at three talking points from the latest Super League action. [Read more…]

Sneyd ready to build a career at Hull FC

Hull FC have confirmed that Marc Sneyd will be joining them from Salford for the 2015 season.