Are Leeds out of danger? Will Catalans make the play-offs? Here’s a look back at all the action over the weekend in a bitesize fashion.

The biggest result of the weekend undoubtedly came at the Mend-a-Hose Jungle as Leeds secured back-to-back wins with victory over Castleford, the then-occupants of the final play-off spot. Trent Merrin, Jack Walker and Robert Lui all crossed for interim coach Richard Agar’s side, and although Castleford fought back late on, the Rhinos did enough to stand firm. They looked to have far more steel in defence compared to the David Furner era and the arrival of Lui has given them a much-craved orchestrator in the halves. Leeds may not be out of the relegation fight just yet, but a couple more wins will leave them in very good stead. 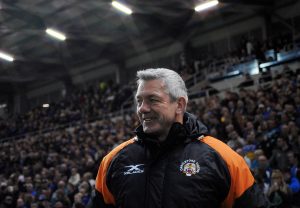 Castleford Head Coach Daryl Powell pledged his future to the club on Friday, signing a new long-term deal until the end of 2022. Powell had been touted with a return to Leeds, a side he has played for and coached earlier in his career. Nevertheless, the 53-year-old has opted to remain with the Tigers as he seeks to guide them to silverware. The announcement of his contract extension didn’t have the desired effect though, as his side suffered defeat later that night.

It’s been an interesting season for reigning Challenge Cup holders Catalans. Steve McNamara’s side have shipped more than 30 points on nine occasions this year, yet their dominant display over Wakefield this weekend has moved them back into the top five with eight games left to play. In the beaming sunshine, Catalans produced some of their best rugby of the season, with Tony Gigot, who is so often hot and cold, a stand-out performer. The Dragons haven’t won back-to-back games since mid-May, so rectifying their inconsistency issues may hold the key to reaching the end-of-season play-offs.

Heat takes its toll in Toulouse

Both Catalans and Toulouse’s matches this weekend were played in sweltering conditions as Europe continues to be subject to an intense heatwave. Temperatures were around 40 degrees at the Stade Ernest-Argelès, meaning the contest was played over four quarters. Despite the intense heat, Bradford produced a brilliant second-half performance to claim victory over the French side. Over in Perpignan, drinks breaks were also a must as temperatures remained high at kick-off. Nevertheless, the Dragons coped best with conditions to end their five-game losing streak in superb fashion.