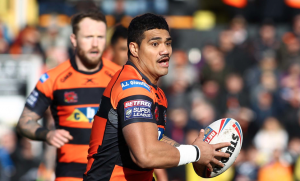 This weekend has provided immense golden point drama, not least at Trailfinders Sports Ground on Sunday afternoon. Morgan Smith’s extra-time drop-goal ensured London claimed a shock 23-22 victory over league leaders St Helens, two days after Peter Mata’utia had helped Castleford to a thrilling victory over Huddersfield in near-identical circumstances. There could’ve been room for a third extra-time period of the weekend, but Sam Powell’s last-minute drop goal for Wigan against Hull KR ensured that wouldn’t be the case. 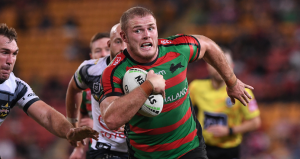 Both Tom and Sam Burgess have found themselves in the disciplinary books after an ill-tempered loss to Newcastle on Friday. Younger brother Tom was cited for throwing punches at Knights prop Daniel Saifiti, while Sam was alleged to have headbutted an opponent in the ensuing melee. Both South Sydney players were sin-binned by referee Grant Atkins, as were Saifiti and team-mate Lachlan Fitzgibbon. Tom has been handed a Grade 1 striking charge, while brother Sam was given a Grade 1 charge of Contrary Conduct and a $1,500 fine. 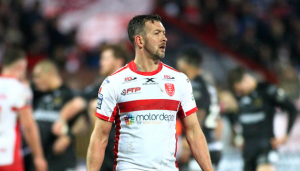 The fight to avoid the drop has intensified after yet another spell-binding round of fixtures. With both London and Leeds winning, Hull KR have been the real losers out of the the bottom three. They are only ahead of the Broncos on points difference, and the two sides meet in the capital later this month. Even with a win, Wigan are just four points off the drop, as are Salford and Huddersfield after their losses in round 17.

State of Origin serves up a treat 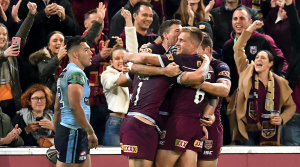 A real spectacle for Rugby fans both home and abroad, the 2019 State of Origin series kicked off at Suncorp Stadium in midweek. Dane Gagai’s second-half double proved to be the difference as Queensland took a series lead. Reigning Champions New South Wales had raced into an 8-0 advantage at the break, but the Maroons turned things around after the restart in front of 52,191 fans.