Who is going down? Who is coming up? There’s still so much left unanswered! Regardless, Here’s a look back at all the action over the weekend in a bitesize fashion. 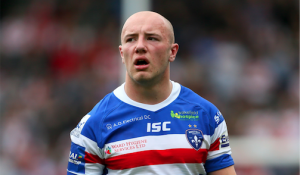 Who would’ve predicted at the start of the season that, with one round remaining, any one of four teams could face the prospect of dropping out of Super League. London, tipped by many to be the clear candidates for the drop, have exceeded all expectations and have more than enough spirit, endeavour and quality to preserve their top-flight status for at least another year. For the first time in a long time, it will be in the Broncos’ hands; win at Wakefield and they will be safe, potentially relegating their Yorkshire counterparts in the process. Having seen survival slip through their fingers last weekend, Hull KR face the difficult prospect of a trip to Salford, while Huddersfield host Catalans, a side with nothing left to play for other than pride. I cannot remember such a captivating season since I have started following rugby league, and with all four teams kicking off at the same time, I’m sure we can expect one or two shocks, scares and raised heart rates when Friday 13th comes around. 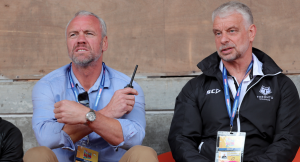 With one side dropping down to the second division, the questions remains as to who takes their spot. The obvious choice would be Toronto Wolfpack; they have lost just once all season in the league and were a class above every other side in the division. However, if last year proves anything, it is that anyone can win on any given day in knockout rugby. Elsewhere, Toulouse will be looking to become the second French side in the top flight, while York – a side which has batted well above its weight throughout the season – will fancy their chances of producing one more monumental shock. Neither Leigh or Featherstone can afford any slip-ups, but both have more than enough quality to threaten the sides above. Every game is going to be televised by Sky, so sit back and enjoy watching some high-quality rugby league contests.

A fitting farewell for a Warrington legend 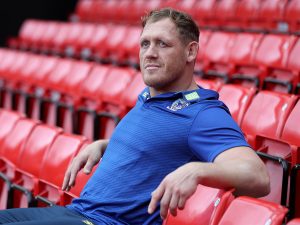 On the final regular home game of the season, Warrington paid to tribute to a number of departing stars, but particular attention was paid to Ben Westwood, their servant of 18 seasons. And how fitting it was that the side the Wolves came up against last Friday was Wakefield, the side that he started his professional career with. There aren’t many characters like Westwood left in the game. As I’m sure many a Warrington fan will agree, he both excited and exasperated in equal measure! Nevertheless, one thing you could be sure of was passion, of which there was an abundance, from his early days right up to more recent times. He will be hoping to exit the club having achieved the league and cup double in his final season, but whether that happens or not, Westwood will leave behind an almighty legacy and some incredibly sizeable shoes to fill.

From old to new, Harry Smith makes his mark 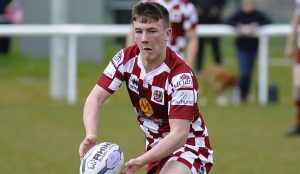 As one player exits the game, another one is just beginning his Super League career. Harry Smith became the latest Warriors youngster to debut in 2019, and he certainly made a mark in the limited time he had on the field. While hat-trick hero Bevan French will grab many of the headlines, Smith will have undoubtedly impressed both fans and coaches with his cameo appearance, topped off by a try on the hour mark. The 19-year-old half-back will be hoping to follow in the footsteps of Ollie Partington, Morgan Smithies and Liam Byrne by becoming the latest Warriors youngster to grab his first-team chance by the scruff of the neck.