Are St Helens overwhelming favourites for the Challenge Cup final? Why should we mark September 8 in our diaries? Here’s a look back at all the action over the weekend in a bitesize fashion. 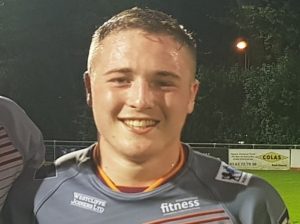 Batley announced earlier this morning that, just hours after making his debut against Toulouse, youngster Archie Bruce had tragically passed away aged 20. Bruce only signed for the Bulldogs recently from community club Dewsbury Moor, but was found in his hotel room after taking part in yesterday’s game. Tributes have been pouring in for the youngster, with former Batley forward Alex Walmsley one of many offering their condolences. All of this afternoon’s 3pm kick off’s observed a minute’s silence, while the RFL Benevolent Fund have created a JustGiving page in memory of the 20-year-old. Donations can be made HERE.

Warrington and St Helens couldn’t go into next week’s showpiece Challenge Cup final in much different form. Steve Price’s side lost to Wigan on Friday, their fifth league defeat in a row, while the Saints swept aside Leeds to make it nine wins from their last 10 matches in all competitions. Warrington’s boss admitted after the Wigan match that Justin Holbrook’s side are the biggest favourites in Challenge Cup history. To what extent he is already starting the mind games is up for debate, but if Warrington do want to stand a chance of lifting the Challenge Cup for a fourth time since 2009, they will need to be far better in all departments. 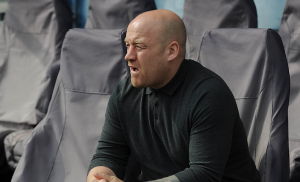 With just three games left to play this season, the bottom five sides are separated by just two points. The competition is tighter than ever, and with all sides facing potentially problematic run-ins, it is near-impossible to call who will go down. Two of the sides currently locked at the bottom on 18 points – Hull KR and London – face off on Sunday 8 September at KCOM Craven Park, and given how congested everything is, that game could have a monumental bearing on which team will be playing their rugby in the second tier come 2020. 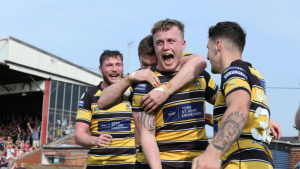 York mathematically secured their place in the Betfred Championship play-offs this afternoon after claiming a 22-18 win against Featherstone, who are now just two points ahead of sixth-placed Sheffield, albeit with a far superior points difference. York’s ability to finish in the top five in their first season back in the second tier is nothing short of remarkable, given the budget they are operating on. James Ford deserves huge credit for the way he has guided the Knights throughout the season, but he will know nothing is over yet. They may have a squad of lesser-known names in comparison to their big-spending rivals, but the Knights are more than capable of defying the odds and securing a place in Super League.