Were St Helens made to rue a weakened side against London? Have Warrington hit a slump? Here’s a look back at all the action over the weekend in a bitesize fashion.

For the second time in 2019, table-topping St Helens were defeated by London, this time suffering a 32-12 loss at Trailfinders Sports Ground. Saints made nine changes to their starting lineup and handed a debut to centre Josh Eaves. With a 10-point gap between themselves and second-placed Warrington, Justin Holbrook had every right to rest his big hitters, especially with a Challenge Cup semi-final coming up against Halifax next weekend. London wont mind one bit though; the results moves them onto 16 points, level with Hull KR and Leeds but behind on points difference. 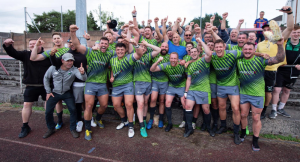 After 43 consecutive defeats and 2,871 points conceded, West Wales Raiders made history by winning their first professional fixture, toppling the Coventry Bears 44-16 at Stebonheath Park. Having lost each of their 16 competitive games in 2019, it is great to see the Raiders players, coaching staff and supporters having something to smile about. They have stuck to their principles, brought through a number of young Welsh players and have finally picked up their first win since rebranding ahead of the 2018 campaign.

Warrington in a serious slump 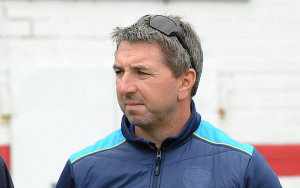 Following this afternoon’s loss to Castleford, Warrington have now lost four of their last six matches and are in serious danger of letting go of second spot if things don’t improve quickly. Steve Price’s side seem to be their own worst enemy at the moment, with unforced errors and needless penalties proving to be their downfall. The biggest concern of all will be their attacking structure, which doesn’t seem to be clicking into gear at the same speed as it was in months gone by. A Challenge Cup semi-final tie against Hull FC awaits them next week, and based off the Wolves’ performances in the last few weeks, they face an uphill task if they want to make it to Wembley.

Salford send a statement of intent

Last week, we mentioned that Salford could be considered the dark horses for the play-offs. After today’s 40-14 win over fifth-placed Catalans, they must surely be a serious contender to make the top five. The contest was poised nicely at 16-14 before tries from Tui Lolohea, Niall Evalds, Kris Welham and Mark Flanagan wrapped up a comfortable victory for Ian Watson’s side. Salford face each of bottom four in their last six games, so they may well have a major say in what happens at both ends of the table between now and round 29.