All roads lead to a top-two showdown 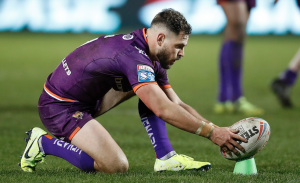 Few would’ve said at the beginning of the year that next Sunday’s round three clash between Huddersfield and Wigan would be a match between the top two. Even fewer would’ve had Huddersfield as the only side in the competition with a 100% record still in tact. Simon Woolford’s side weren’t at their best, but still managed to comfortably see off Hull KR on their own turf. Meanwhile, Wigan re-emphasised their title credentials with a 26-12 victory over Hull FC at the DW Stadium. It will be the first chance to see Huddersfield’s unbeaten run properly put to the test, and the battle between Jackson Hastings and Aidan Sezer – two potential contenders for Man of Steel come the end of the season – should be a joy to watch.

Saints show up well, but Robinson comments wide of the mark 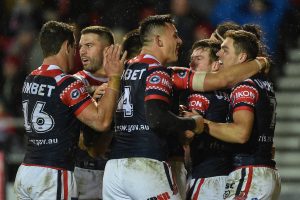 St Helens may have shown an ability to compete against the best in the world, but Trent Robinson’s post-match comments following Sydney’s World Club Challenge victory were certainly wide of the mark. Kristian Woolf’s side produced an impressive display for the most parts, and the battle of the four front-rowers was a sheer joy to watch. However, Robinson’s suggestion that the gap between the Super League and NRL is indistinguishable can certainly be thrown into question. Saints are two weeks into the season and are more-or-less fully match fit, whereas this was essentially a glorified pre-season run-out for the Roosters. Despite not looking at their sharpest, Sydney still managed to retain their World Champions crown, all while having the luxury of resting captain Boyd Cordner. NRL sides have now won seven of the last eight World Club Challenges; despite the relative closeness of the scoreline, there is still a clear gulf in quality between the two comps. 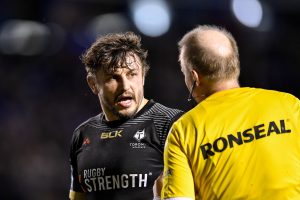 At 22-22 with little over 10 minutes to go at the Halliwell Jones Stadium, there will have undoubtedly been a few hearts in mouths. Toronto looked for all money like they were in a position to push on and claim their first points of the season, but two Stefan Ratchford penalty goals and a trademark rampaging effort from Ben Murdoch-Masila ensured that the wait for competition points goes on a little bit longer. The Wolfpack – bolstered by the debut of Tony Gigot, return of Sonny Bill Williams and surprise inclusion of Jon Wilkin – looked far more fluid in attack and pushed Steve Price’s side all the way. They’ll be hoping to build on this performance next week, but a clash with St Helens, who will be hellbent on getting back to winning ways, isn’t the easiest of assignments.

Amateur sides out of the Challenge Cup 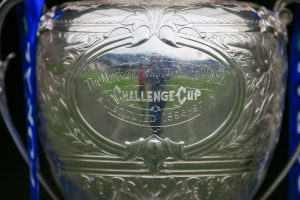 The Challenge Cup always has the opportunity to throw up a shock or two, but there were none forthcoming as all four amateur sides were knocked out at the fourth round stage. None of the sides did themselves a disservice, and a special note must go to Underbank Rangers – one of the success stories of this year’s competition – who conceded just one try in the second half against a seasoned Bradford side. The competition really hots up now, and with the introduction of Toronto, Hull KR, Huddersfield and Wakefield, there could be one or two lower league sides eyeing a scalp.