Toronto down to the bare bones

The size of Toronto’s squad has been a topic of discussion over recent weeks, but the issue was thrown further into the limelight on Thursday night. With Joe Mellor ruled out with a broken hand and Sonny Bill Williams back in New Zealand for the birth of his fourth child, the Wolfpack were down to 18 available players for their trip to Wigan. To add insult to injury, their depleted squad was hit once more when the influential Jon Wilkin was ruled out in the warm-up, replaced by Gary Wheeler. Head Coach Brian McDermott has made his views on potential salary cap dispensation very clear. His side are in major need of reinforcements, and aside from their dual-registration agreement with Rochdale, they appear to have nowhere to turn. 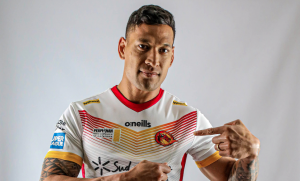 There were certainly plenty of eyes across the world focused on the Stade Gilbert Brutus as Israel Folau made his long-awaited Catalans debut. It took just six minutes to get on the scoresheet, with the Dragons going on to record a 36-18 victory over Castleford and pick up their first win of 2020. However, one of the major talking points came away from the pitch, with Tigers fan Alison Grey claiming she was asked to remove her rainbow flag by stewards as it violated club policy. Catalans have issued a statement saying that the flag was not prohibited from the ground and that they would look into the matter, so expect to hear more in the coming days. 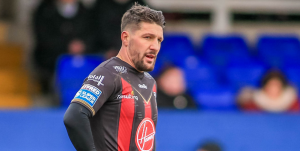 Another man making his Super League debut this weekend was Warrington new marquee half-back Gareth Widdop. Having missed the opening rounds with an ankle injury, Widdop came into the side at the expense of Matty Ashton – who did very little wrong in the opening two rounds – with Stefan Ratchford reverting to full-back. His inclusion did not have the desired effect though, with Wakefield scoring their only two tries of the game in the final nine minutes to stun the Challenge Cup holders. Not the start Head Coach Steve Price or his big-money signing had in mind.

Saints bounce back in emphatic style 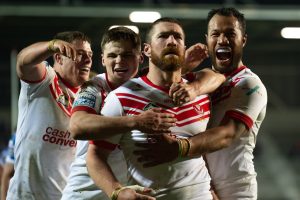 After last weekend’s comprehensive defeat to Warrington, some questioned whether St Helens had the depth needed to retain their crown for a second season. This week, they found themselves behind at half-time against Hull FC – Super League’s early pacesetters – but whatever Kristian Woolf said at the break had the desired effect. Saints scored four times in the third quarter of the contest to inflict a first defeat of the season on Lee Radford’s men. Rejuvenation in the pace of adversity; now that’s what champions are made of.

Daryl Powell: We asked our leaders to step up and they did

Leeds have slumped to their ninth loss in their past 10 games as Wigan ran out comfortable 40-8 winners at Magic Weekend.

Wigan back-rower Liam Farrell may find himself playing at half-back – but says the Warriors can still put a capable team on the field despite their injury list. [Read more…]