We’re creating the strongest possible line-ups for every nation ahead of the World Cup, in collaboration with He Can Play For. This week, it’s Jamaica!

In these weekly feature pieces, we are selecting the strongest possible side who can represent Jamaica. This can include players born in that country, with heritage to the nation or even residency.

First up was France. Now it is time for Jamaica…

Golding has made more than 100 appearances for Leeds and Huddersfield. The 25-year-old made his international debut for Jamaica in 2017, and has since won five caps for the nation.

The 33-year-old is a prolific try scorer, having scored more than 150 tries for Leeds, Harlequins, Salford and Wakefield. He has been plying his trade in the Championship for the last two seasons with York and Sheffield. He has scored three tries in four games for Jamaica since making his debut in 2018.

It would be some coup for Jamaica if they could persuade Watkins to switch allegiance from England and play for them at the World Cup. The Salford centre was born in Manchester to a Jamaican mother and a British father.

Watkins, who won six Super League titles and two Challenge Cups with Leeds, has won 26 caps for England on the international stage. Could we see Watkins represent his Jamaican roots this autumn? 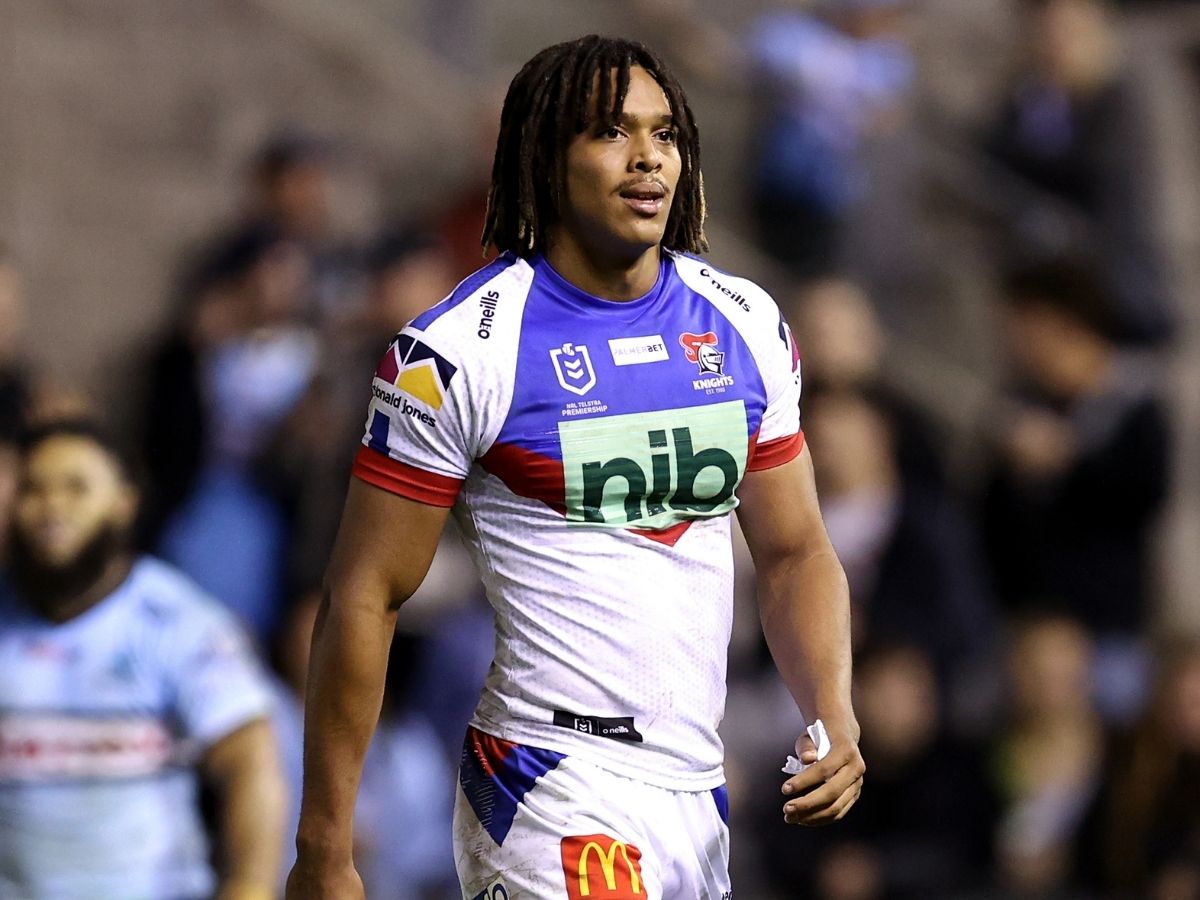 The Newcastle Knights star has been in good form in the NRL this season and will no doubt be on England’s radar, but Jamaica are keen on getting Young to represent his Jamaican heritage at the World Cup.

The 6ft 7in outside-back made his first team debut for Huddersfield at the age of 17 before moving Down Under ahead of last season.

Johnson has been part of the Jamaican rugby league set-up for more than 10 years now, having made his debut in 2010. The Batley Bulldogs winger has made more than 150 career appearances.

Turner made his debut for Jamaica in his testimonial match against the England Knights last autumn. The 33-year-old will add plenty of experience to the Jamaica side, having played more than 350 games for Salford, Hull, St Helens, Huddersfield and Castleford.

The 27-year-old has also been part of the Jamaica set-up for several years. The Halifax half-back is likely to line-up in the halves for the Reggae Warriors at this year’s World Cup.

Peltier has been involved with the Reggae Warriors since 2011, winning 11 caps so far and helping Jamaica qualify for their first World Cup. The Dewsbury front-rower will add size and power to Jamaica’s pack.

White was named in Jamaica’s train-on squad of the World Cup, which was supposed to take place last year. The Toulouse hooker has won 15 caps for Wales, the country of his birth. White has yet to play for Jamaica but has pledged his allegiance to the nation because he wants to represent his father’s side of the family.

The 32-year-old will be one of the most experienced players in the Jamaica team this autumn. Lawrence has made more than 300 appearances for hometown club Huddersfield and made his Jamaica debut in 2019. 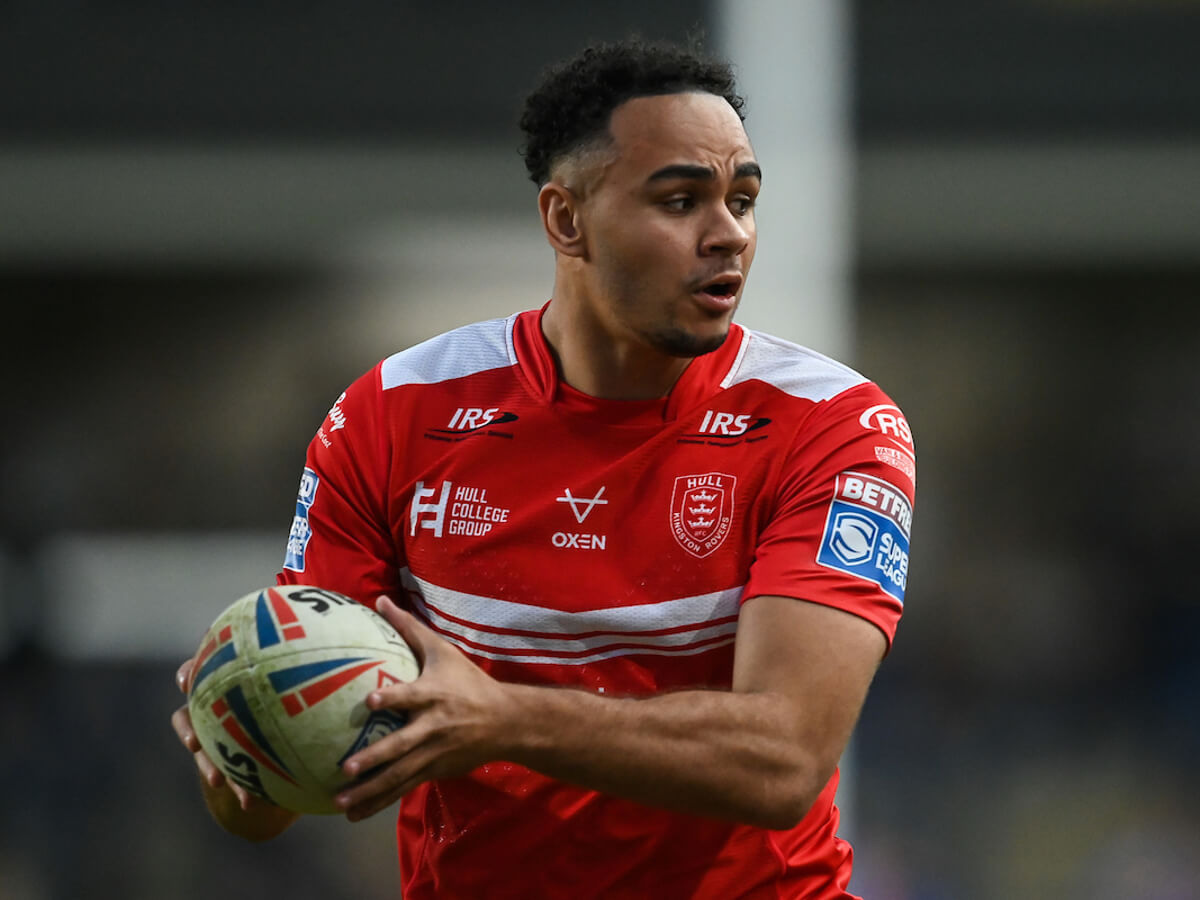 Johnson is a promising forward in Super League. The 23-year-0ld came through the ranks at Castleford before joining Warrington in 2018. He made nine appearances for the Wolves before moving to Hull KR, where he has since become a first team regular under Tony Smith. Johnson has yet to play for Jamaica but is eligible to be selected.

Edwards is currently enjoying a season-long loan with Championship side York from parent club Leeds. The 18-year-old is a huge talent who is eligible for England or Jamaica.

Farrell has been part of the Jamaica set-up since 2015, winning six caps for the Reggae Warriors so far. The 28-year-old provides plenty of utility value for Jamaica. Farrell has made more than 150 appearances in the Championship for Dewsbury, Batley and Sheffield.

Izaac Farrell could line-up alongside his brother Joel at the World Cup. The 24-year-old half-back or hooker came through the ranks at Huddersfield. He now plays alongside Joel for Championship club Sheffield and is a good goal-kicker.

Magrin is a dual international in rugby league with Malta and Jamaica. The 27-year-old was was born in Malta and represented his country of birth in 2012. But he switched allegiance to represent his Jamaican roots in 2017.

Oldham prop Andrade has been part of the Jamaica squad for several years now and could play in his first World Cup this autumn.

Wallace is having a strong season in the Championship with Bradford on loan from Super League giants Leeds. He is yet to play for Jamaica but qualifies through family heritage. 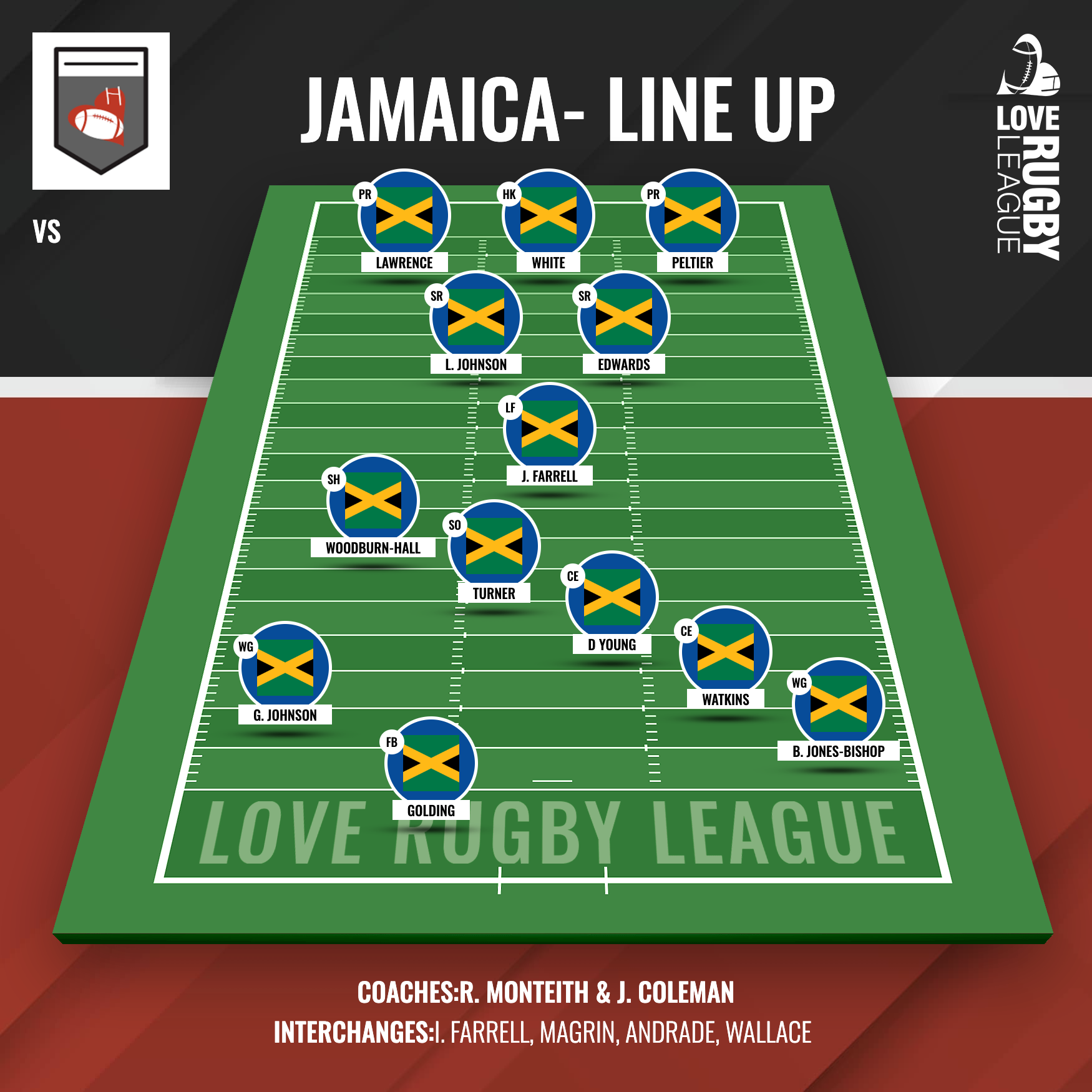