Super League sponsors Betfred are no longer taking bets on the identity of the next St Helens coach.

Kristian Woolf announced recently that he will depart at the end of the season to take up a role with new NRL side the Dolphins.

And Paul Wellens is the overwhelming favourite to step up and take over.

Saints legend Paul Sculthorpe told the St Helens Star: “Aside from St Helens, he’s worked with Wayne Bennett, Shaun Wane, Steve McNamara and Tony Smith to name a few. I just hope the Saints faithful give him that chance too.”

Wakefield chief executive Michael Carter says their flirtation with relegation this year has made planning for 2023 difficult.

As well as joining the recruitment party late, Carter says it cost them the retention of a few players, who would have been worried earlier in the year that Wakefield would drop from Super League.

Carter told Yorkshire Live: “I think there’s maybe three bodies in the squad this year who are leaving that I’d have liked to think we could have had a better chance of keeping if we were safe earlier. It all boils down to offering them what they want, which is guaranteed Super League rugby. For a good while, we couldn’t do that.”

Newcastle Knights full-back Kalyn Ponga made the headlines by announcing in a statement he was making himself unavailable for the World Cup.

As we’ve said in recent weeks, there is likely to be a long list of players who have done the same for a variety of reasons ahead of the tournament kick-off on October 15.

Ponga’s Knights team-mate Bradman Best had been lined up to play for Wales, but instead is being booked in for an operation to fix a long-standing arm injury.

Our latest piece looks at more NRL stars ruled out of the World Cup.

Gareth Widdop has also ruled himself out of England selection, by announcing his international retirement.

There were broken bodies at the Super League Dream Team announcement on Sunday morning.

We discuss the situation on the latest Love Rugby League podcast, now available to download.

Alex Walmsley turned up with a boot, while Liam Farrell’s injury worries are well documented.

The question was raised once again whether the players are being put through far too much, especially in a World Cup.

And what happens when fans cotton to the fact that clubs will be writing off at least a handful of games each year, which negates the supposed value a season ticket gives a fan?

We had a visit to the Love Rugby League office earlier this week from Scottish champions, Forth Valley Vikings.

Founded a couple of years ago, Love Rugby League sponsored the Vikings from day one with our logo as the main sponsor on the shirts. 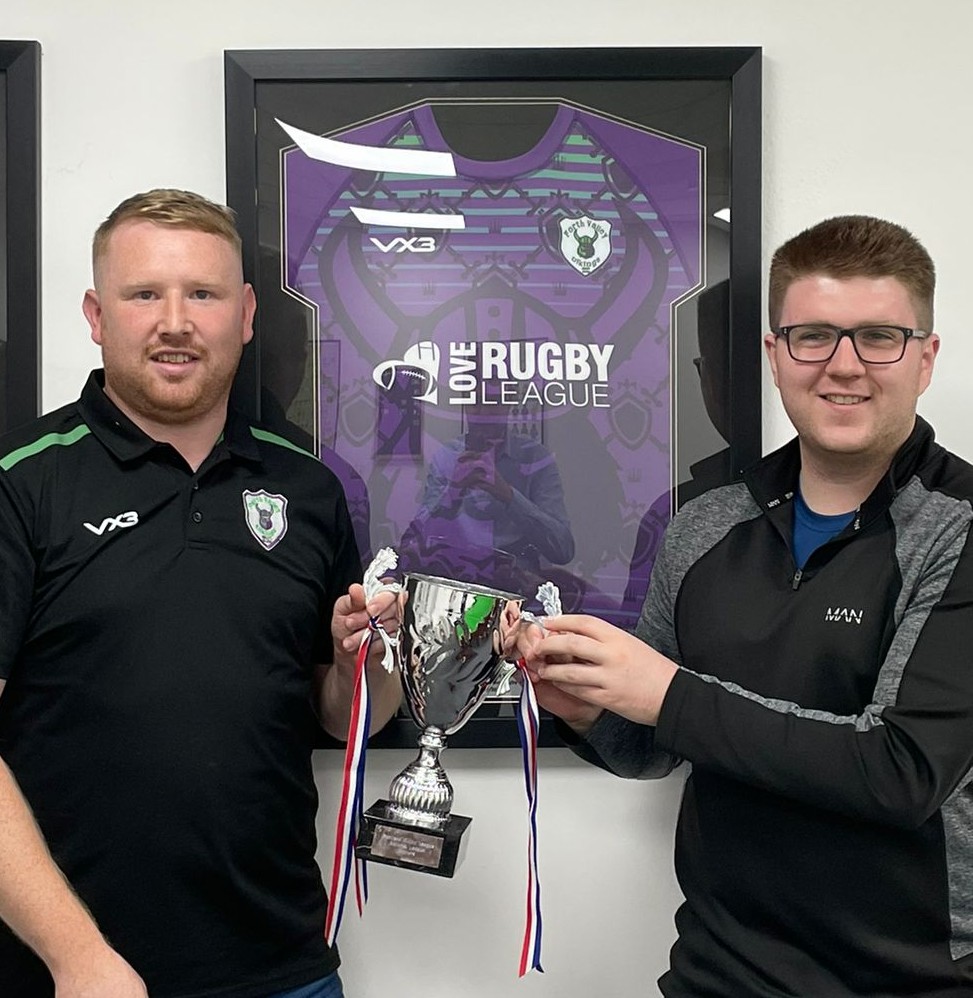 Main man at the Vikings, Kris Illingworth, pictured here with our very own Josh McAllister.

Paul Wellens made an incredible 495 appearances for St Helens during his playing career – as well as 20 for Great Britain, 11 for England and four for Lancashire