The RFL have announced that Kevin Sinfield MBE, Jamie Peacock and Paul Sculthorpe will remain within the England Performance Unit setup.

Sinfield, who joined the RFL as Rugby Director in 2016, has committed to the RFL role until 2022, while Peacock has agreed to extend his stay as England team manager until 2021.

Sculthorpe, the only man to win Super League’s Man of Steel award in consecutive years, has been appointed England Pathways Coach, meaning he will be working with the country’s outstanding young players following his involvement in last autumn’s successful England Knights tour of Papua New Guinea. 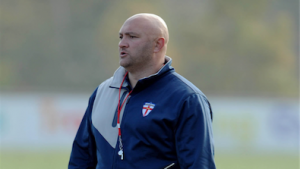 Ralph Rimmer, the RFL chief executive, said: “We created the England Performance Unit last January after proposals from Kevin Sinfield, and the results for 2018 speak for themselves.

“Our senior England men’s team won four games out of five Tests played, three of them against New Zealand.

“It’s great to be able to announce the news that Kevin Sinfield, Jamie Peacock and Paul Sculthorpe – three truly outstanding players of the Super League era – will retain key roles in the EPU, as we continue to build towards hosting the Rugby League World Cup in 2021.

“The EPU is delivering exactly as we had hoped, which is thanks to those involved and also the support of the clubs.

“We remain focused on success in the RLWC2021 and beyond, as we all understand the impact this can have for the sport in the UK – and are therefore delighted to have secured these key personnel on that journey.”