Sky Sports will show the whole game in full on Sunday as part of their rugby league takeover, but in the meantime, we take a look back at Super League I, Round 1, on this weekend in 1996.

Hindsight has you thinking what might have been, as the biggest crowd of the opening weekend came in the French capital, as Paris brought the curtain down on the new era with a win over Sheffield. 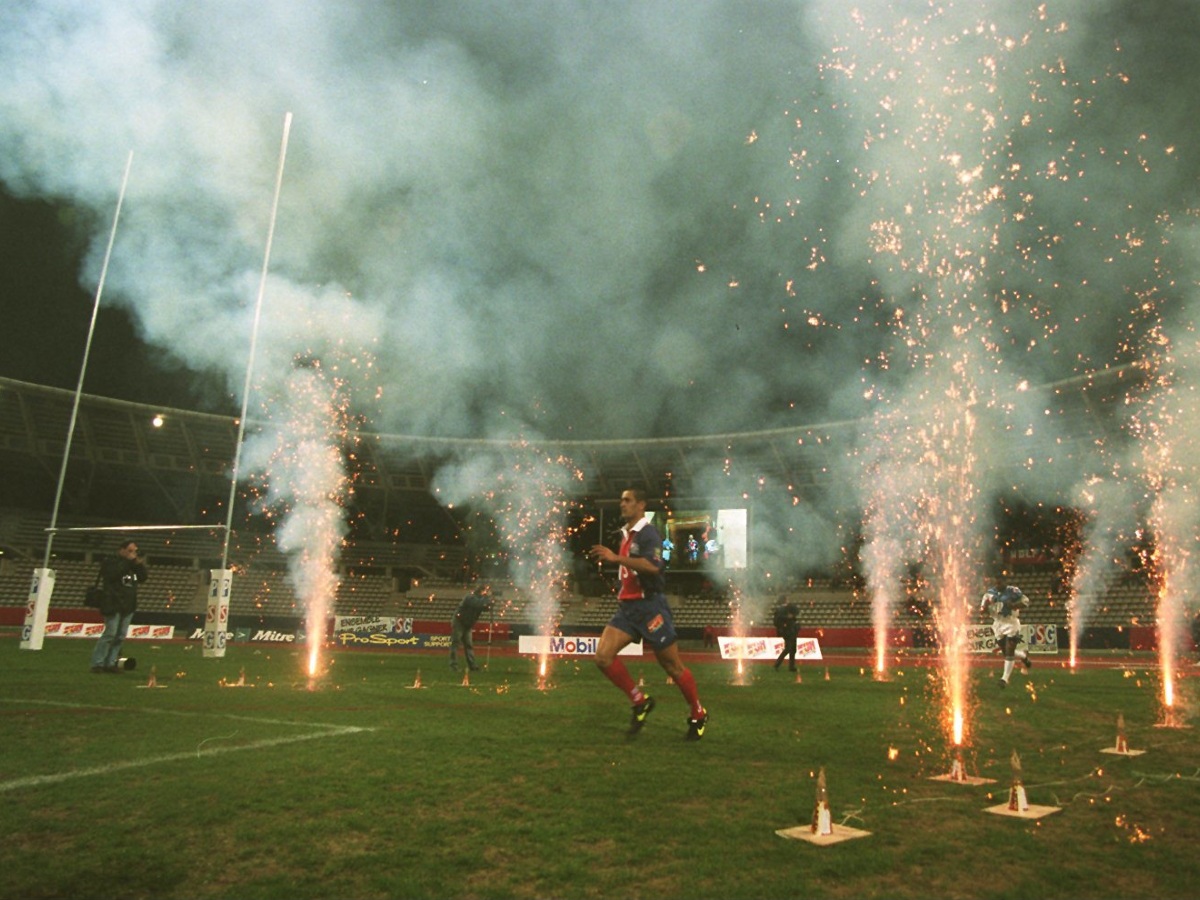 What would have been the start of a new beginning for rugby league, and particularly expansion, didn’t quite turn out that way. Frederic Banquet had the honour of the first Super League try, while Arnaud Cervello scored two as PSG won.

But it would prove to be the first of just three wins all season, as they narrowly avoided relegation. They would last another season, before disappearing completely after 1997.

Sheffield bounced back from this opening day defeat to finish in a credible seventh – their scorers on that opening day in Paris were Paul Carr, Matt Crowther, Andy Hay, Dean Lawford and Keith Senior. 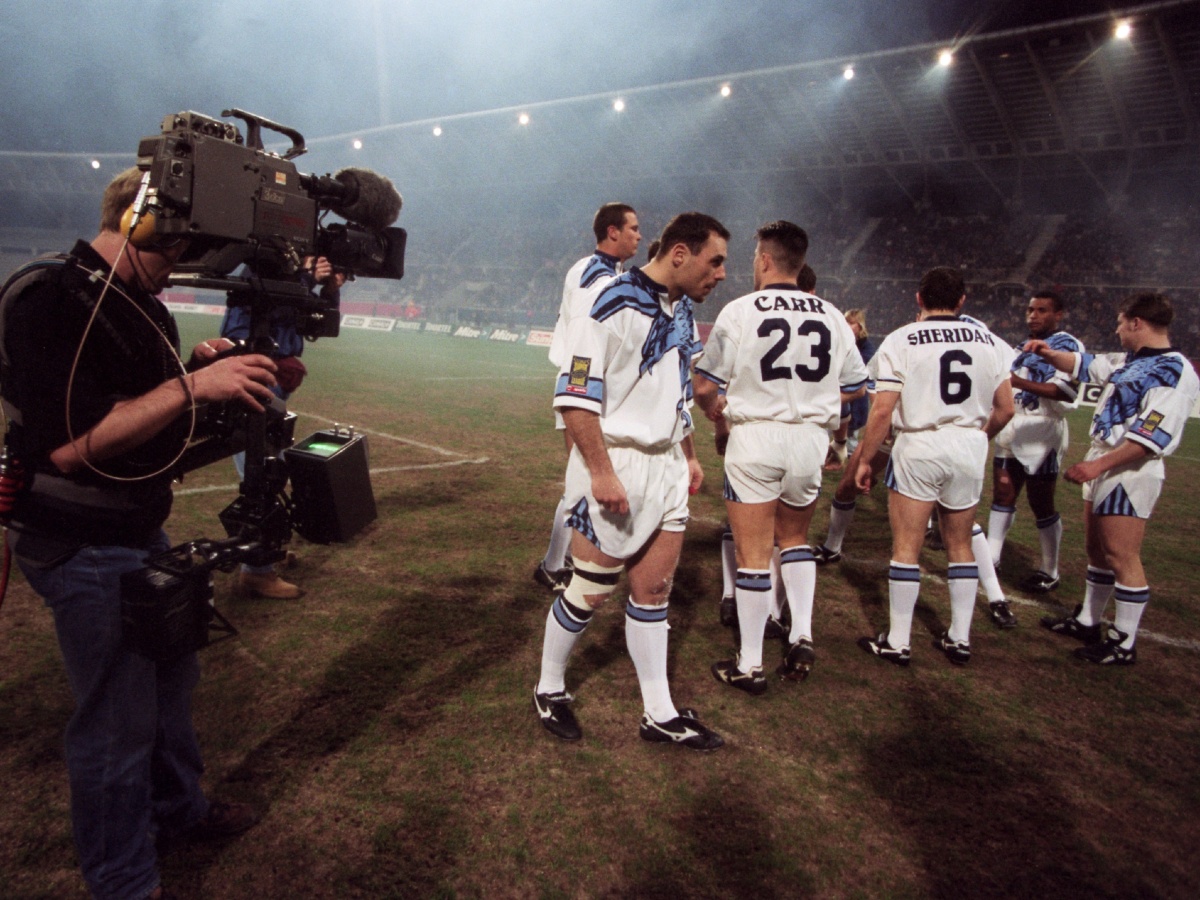 On the opening Saturday of the season, March 30, Halifax welcomed London Broncos to Thrum Hall.

A crowd of 4,773 watched a tight game fall in the favour of the Broncos, 24-22, Greg Barwick’s perfect record with the boot proving the difference as both sides scored four tries apiece.

On the scoresheet for the Broncos that day was future coach Tony Rea, while for a Steve Simms-coached Halifax side, rugby union international Mike Umaga and Michael Jackson (not that one) bagged tries.

Both sides would go on to have steady first seasons of the new era, London finishing fourth behind big guns St Helens, Wigan and Bradford, with Halifax in sixth.

What Oldham fans would do to go back to the days of 7,000+ crowds at home to Wigan.

You could argue that the advent of Super League was meant to stop the dominance of the glorious Wigan side of the early 90s, though they didn’t show any signs of stopping in the first round of Super League.

It’s almost a who’s who of greats on the scoresheet, with Gary Connolly scoring a hat-trick, Shaun Edwards, Martin Offiah and Kris Radlinski bagging two each, and Henry Paul and Martin Hall rounding off their 11 tries in total.

If that’s not enough legend for you, Andy Farrell kicked six goals for Graeme West’s side.

Francis Maloney, Darren Abram and Robert Myler got Oldham’s tries, and the Bears had a more than respectable opening season in Super League, finishing in 8th place, above Castleford, Leeds and Paris.

As for Wigan, they weren’t champions – but they did win the Premiership final, beating St Helens.

Aussie Jeremy Donougher scored a hat-trick on the first Sunday in Super League history as Bradford won this Yorkshire derby.

Robbie Paul scored twice and Matt Calland also crossed at the start of a year that would see the Bulls finish third in Super League and reach the Challenge Cup final under coach Brian Smith.

Bradford won 17 of their 22 Super League matches that year.

Tony Smith (not that one) scored twice for Castleford, Lee Crooks scored their third, and Frano Botica kicked all three conversions. Botica had departed Wigan after a record breaking 1994/95 season where he set a new record for most goals in a season, returning home to New Zealand to play for the new Auckland Warriors.

Botica would score 190 points in what proved to be his only season with Castleford before retirement, and they finished 9th in the table. 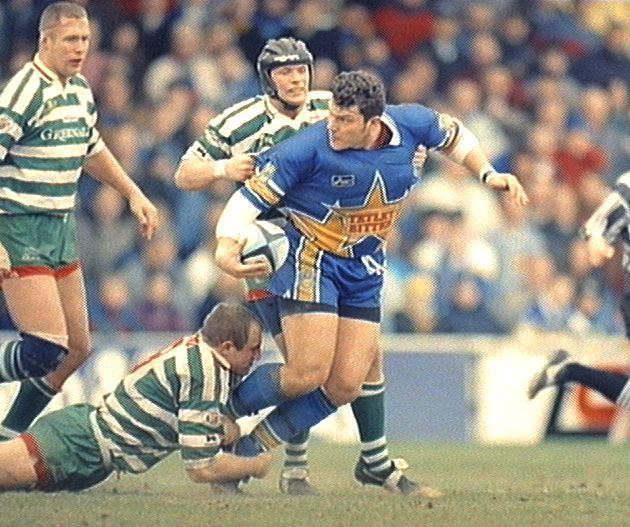 Another five-figure crowd saw Warrington edged Leeds at Headingley, just weeks after the Rhinos had breezed past the Wolves 30-10 in the Challenge Cup at Wilderspool.

Just weeks before the season started, Leeds had lost captain Garry Schofield to Huddersfield for a fee of around £135,000 – and the week before their opening league game, they went down to Bradford in the Challenge Cup semi-finals.

Nick Fozzard, Kevin Iro and George Mann scored Leeds’ tries against Warrington, who won courtesy of two Iestyn Harris penalties – a man who would go on to play for the Rhinos later in his career. Harris also crossed for a try, as did Ian Knott and Mateaki Mafi for John Dorahy’s men.

Warrington would end up earning twice as many points in the inaugural Super League season than Leeds, finishing fifth with 12 wins from 22 – Leeds finished 10th with just six wins.

The worst crowd of the weekend came in Cumbria as Workington made a sorry start to Super League which would set the tone for the rest of their year.

Workington were the first but certainly not the last side to be given a hiding by Saints, who would win all but two of their games to finish top and be crowned champions.

As for Town, they finished bottom with just two wins and a draw to show for their efforts, conceding more than a thousand points in total across their 22 games. It remains the only season ever that a Cumbrian team has participated in Super League.