The first Rugby League World Cup 9s got off to an exciting start on Friday.

France and Lebanon got the tournament underway with a game of two halves, with the Cedars prevailing 12-8. 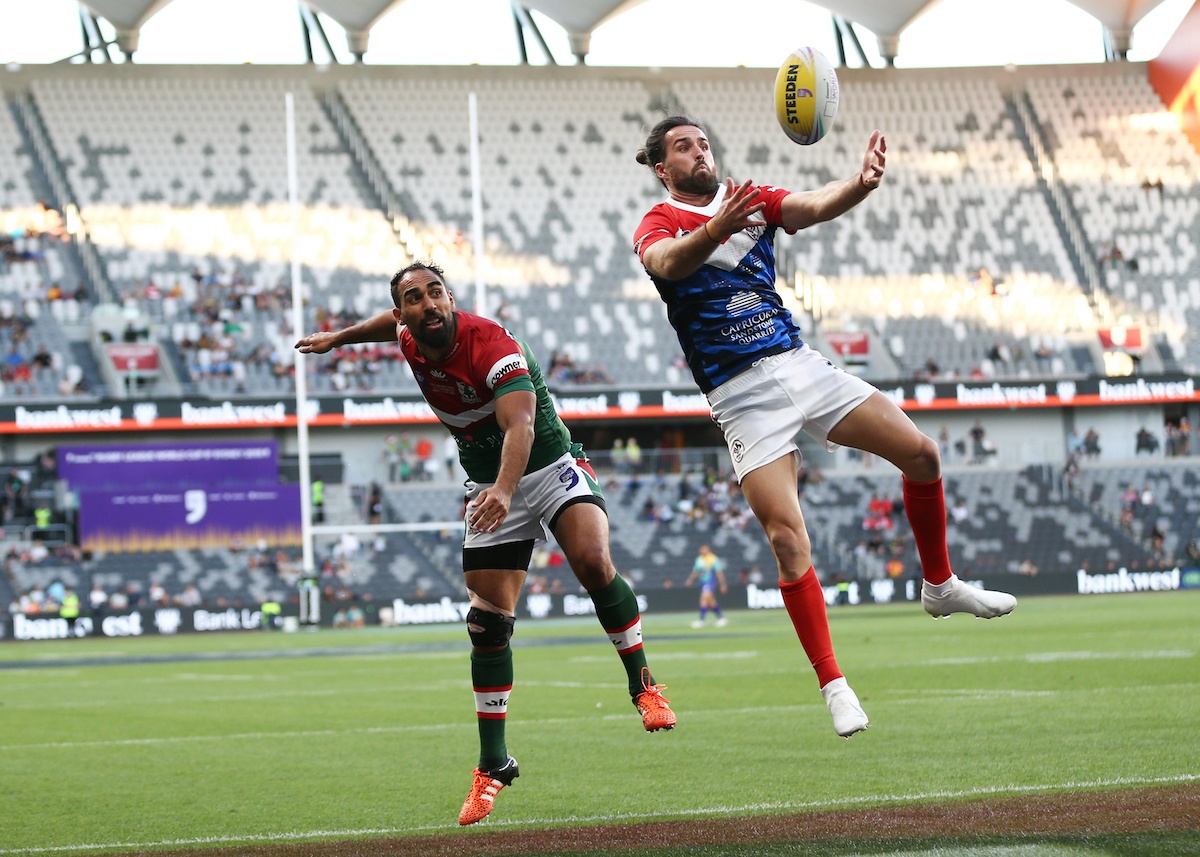 They led 12-0 at half time in the contest, Bilal Maarbani scoring a brace of tries. Paul Marcon and Gavin Marguerite dragged the French back in to the game in the second of the nine-minute halves, but they didn’t have enough to complete the comeback. 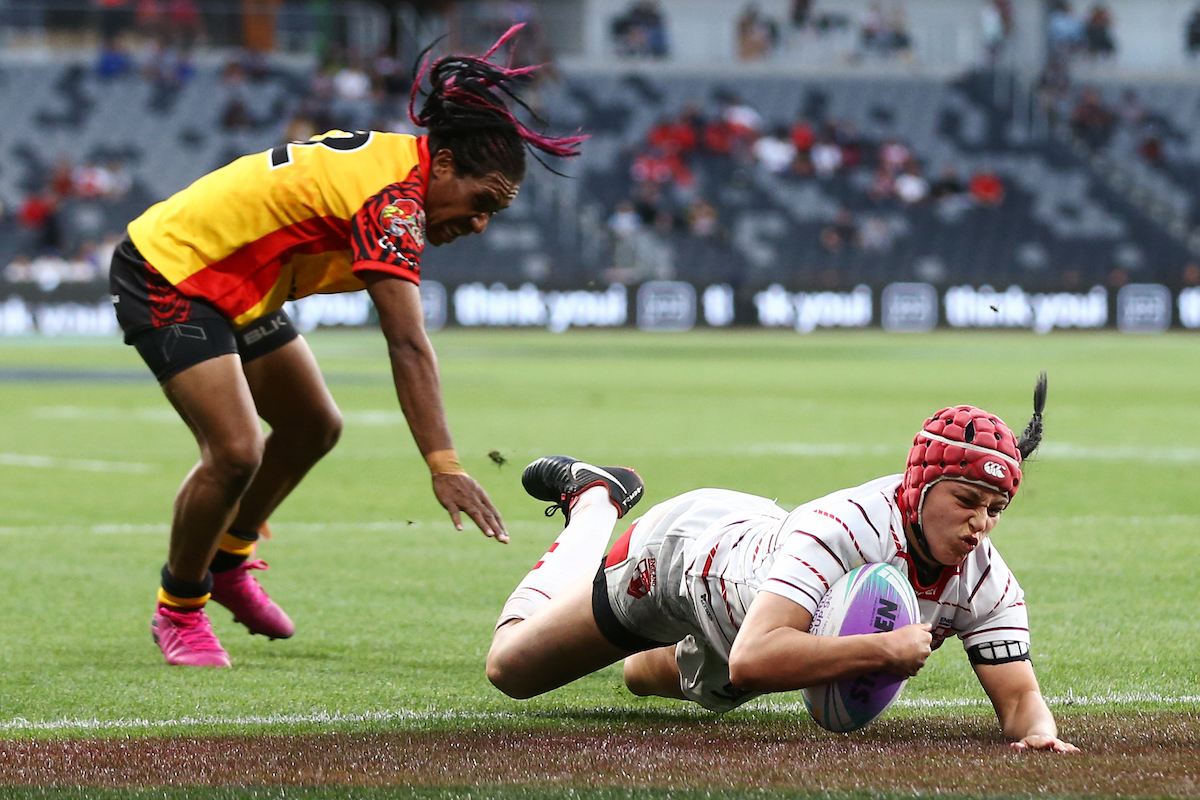 Up next were England’s women, who saw off an early rally from Papua New Guinea orchids to come out 25-4 winners.

Rhiannon Marshall scored the first bonus zone, five-point try of the tournament when she stormed under the posts off Faye Gaskin’s pass, and there were further scores from Caitlin Beevers, Emily Rudge and Leah Burke, as well as a second for Marshall, as England made the most of a tiring Orchids defence. 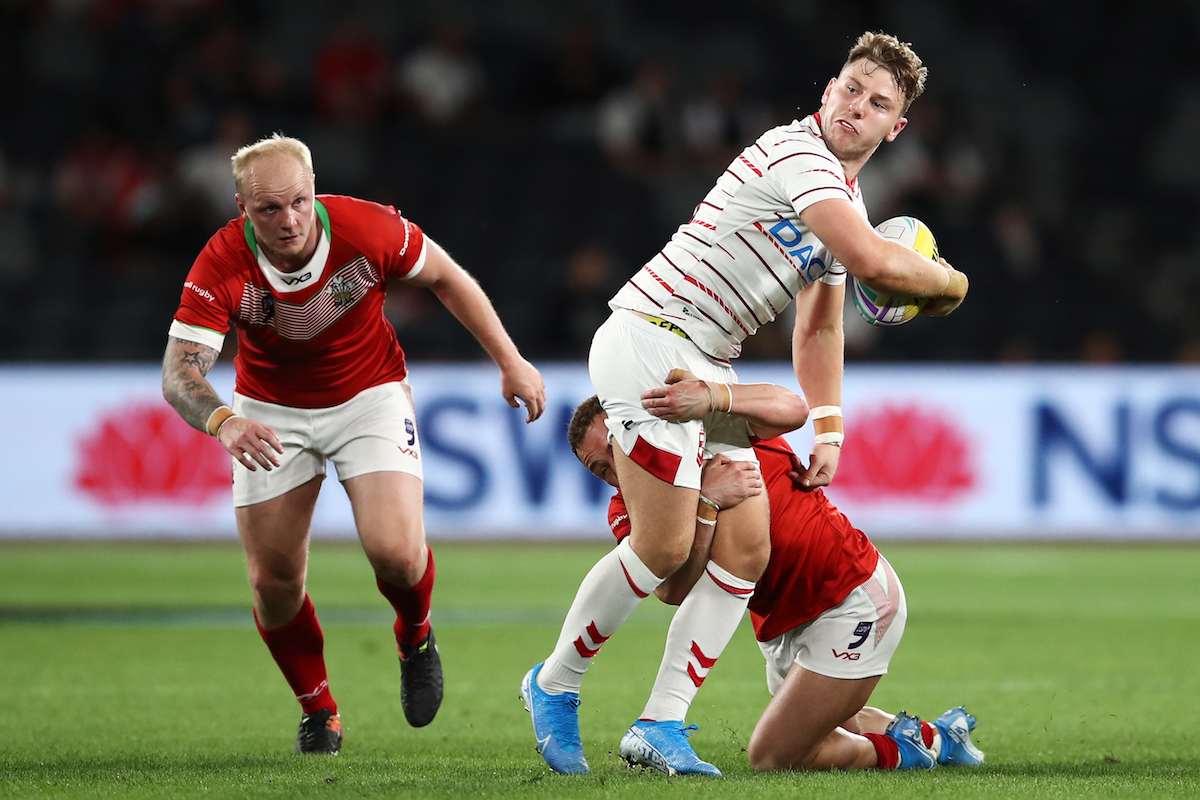 England’s men were similarly impressive, with Sam Tomkins and James Graham starring in a rout of Wales.

Jake Connor got a brace of tries, with Mike Butt getting Wales on the scoresheet late on. 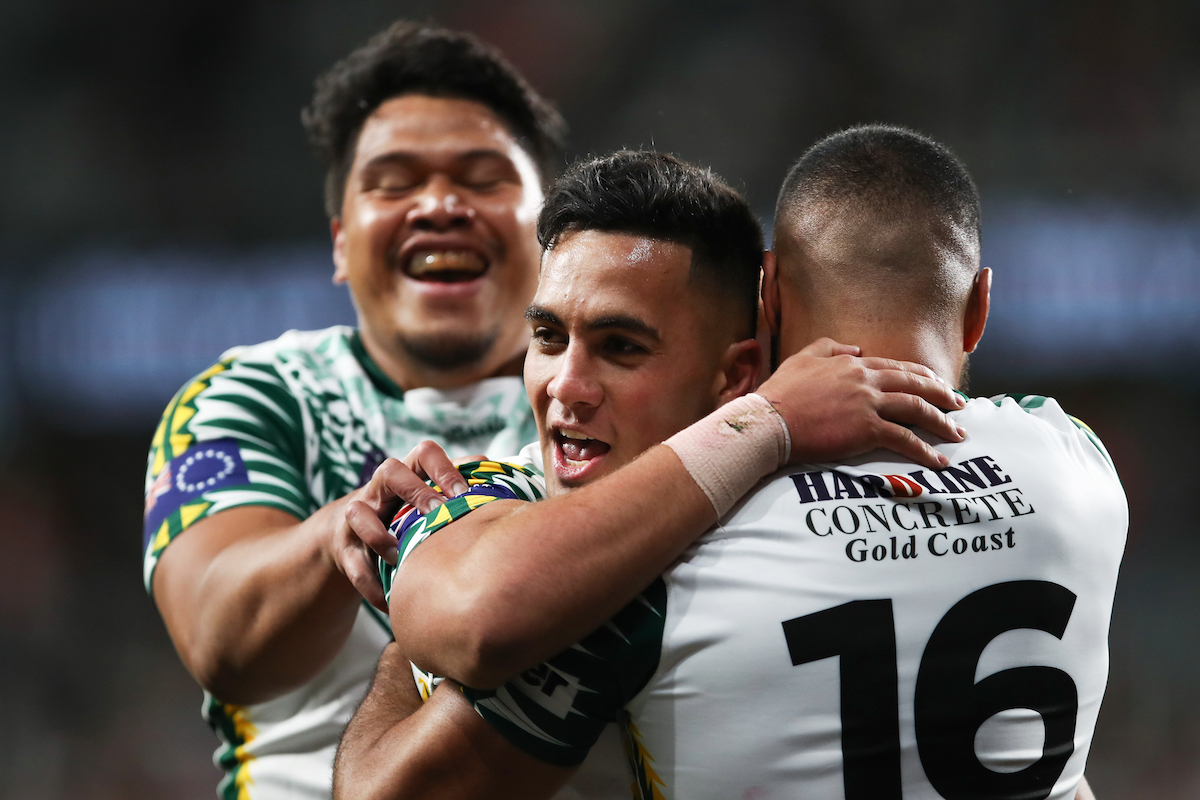 The Cook Islands caused an upset as they thumped a stunned Tonga 30-7.

Playing under the Tonga Invitational banner following the off-field politics at the Tongan NRL, they had no answer to the Cook Islands who scored three tries in the first half.

Kayal Iro scored in the opening minute and then added a second after four minutes, with further tries from Reubenn Rennie, Steven Marsters, Aaron Teroi and Anthony Gelling. 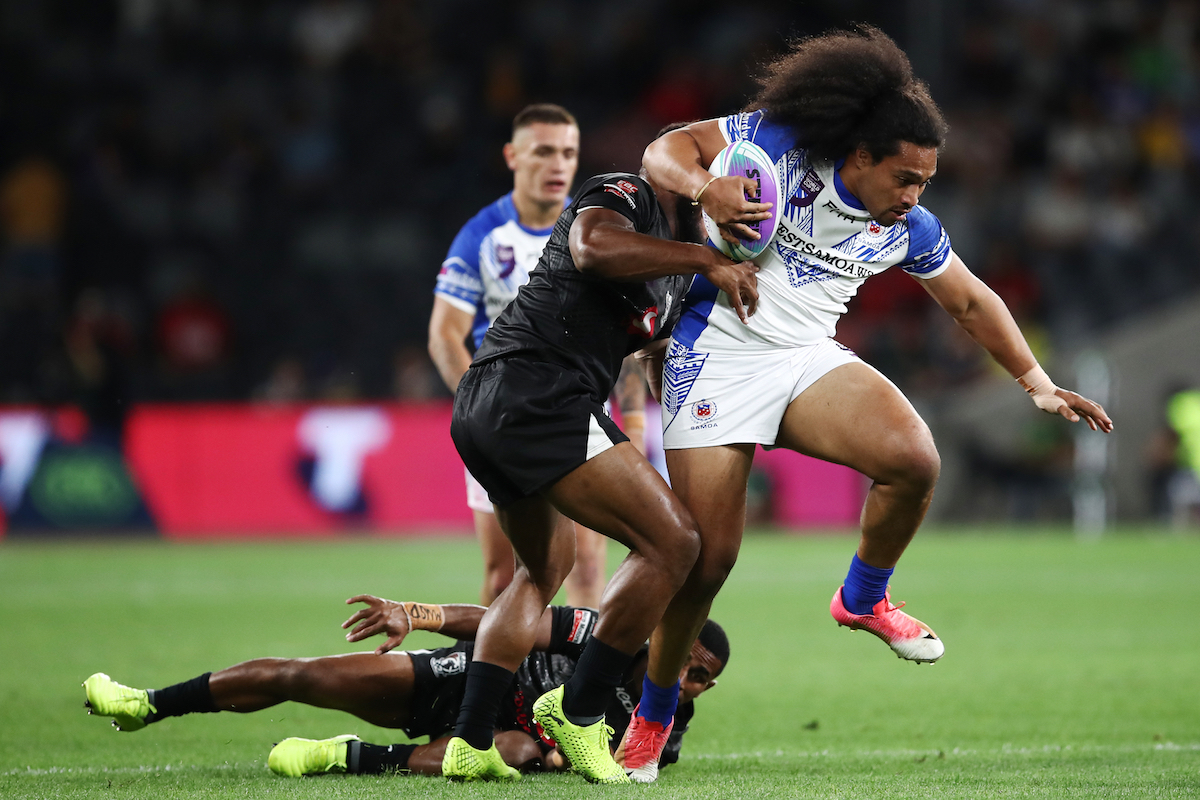 There was a high scoring encounter between Samoa and Fiji, with Samoa eventually running out 32-17 winners.

Samoa had a 17-4 lead at half time, with tries at either end of the half from Jarome Luai and Brian To’o. 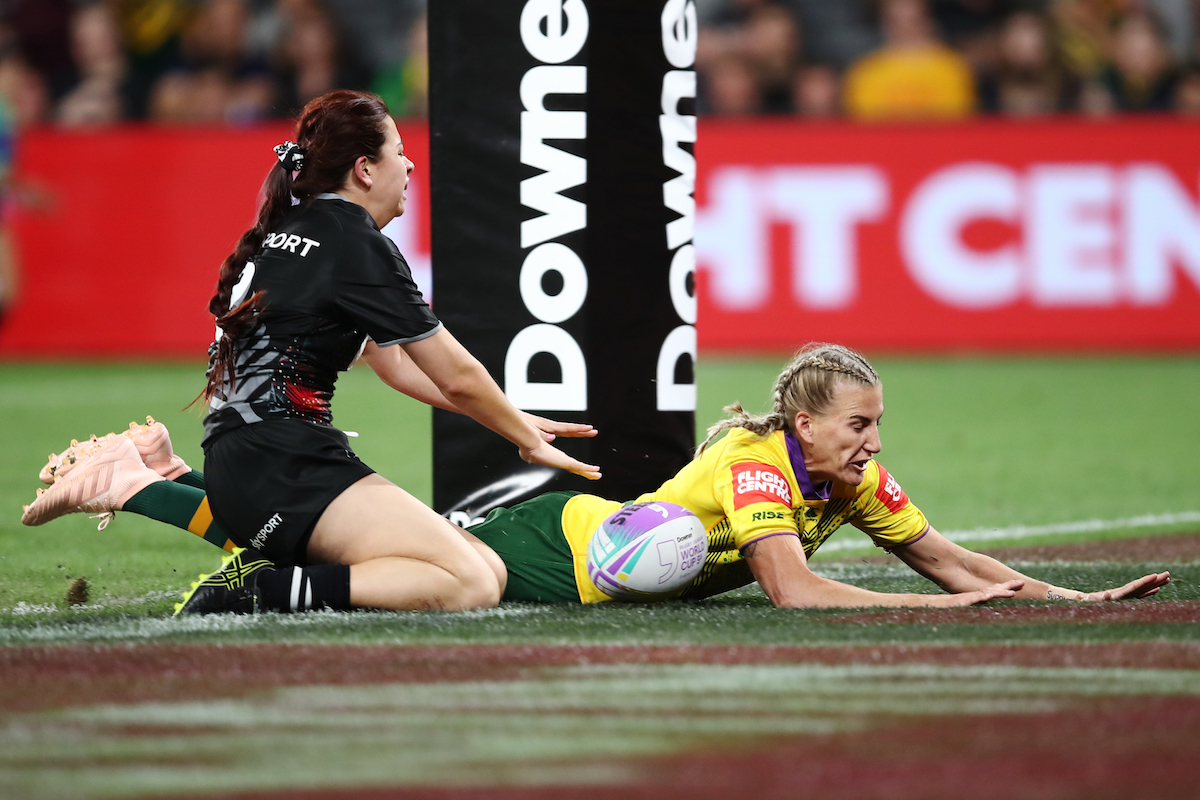 The Jillaroos showed their class in a 22-8 win over New Zealand in the women’s pool.

Captain Ali Brigginshaw was the star of the show, helping to create Tiana Penitani’s first try. It was 15-0 at half time and they saw out the second half with ease. 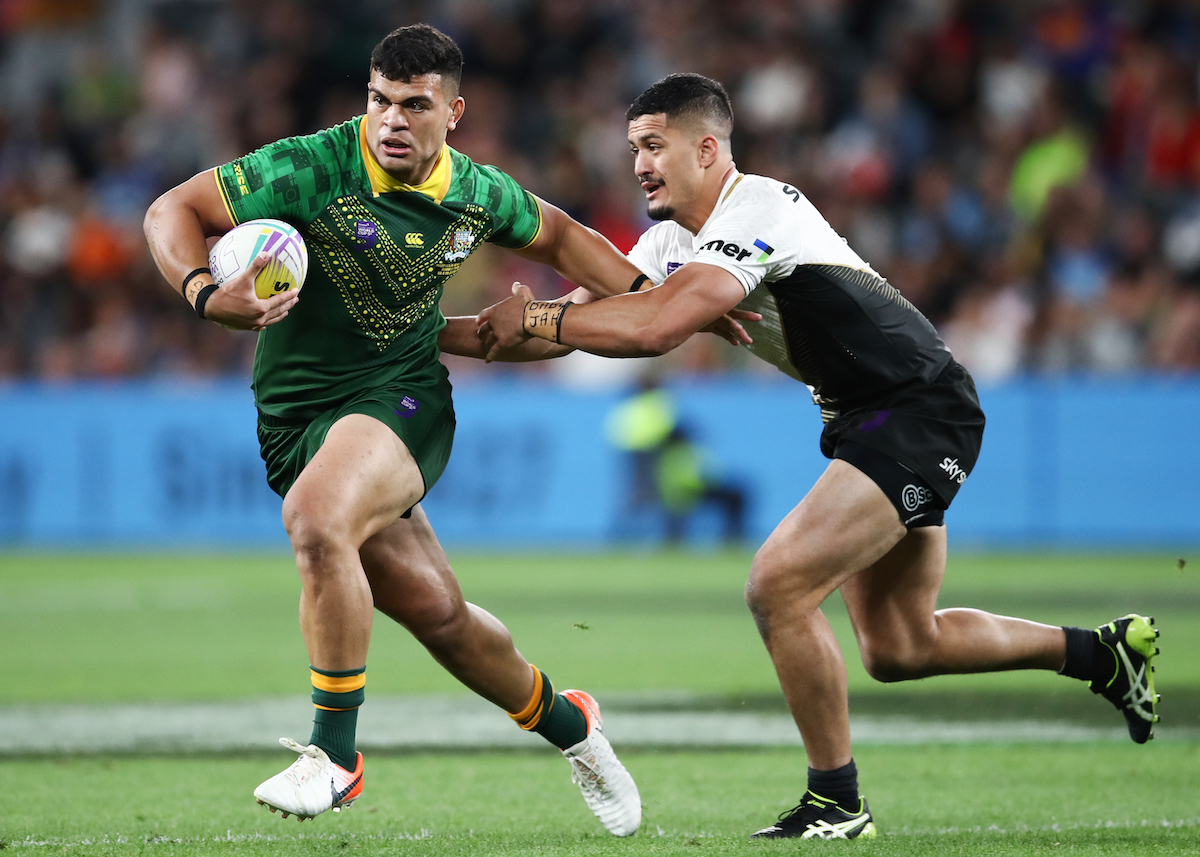 Australia’s men did the same to their Kiwi counterparts, with David Fifita having the impact that many predicted he would in this format of the game.

Wade Graham was key for the Kangaroos though, and he formed a potentially devastating partnership with Josh Addo-Carr, who raced on to a Graham kick for the pick of the tries.

In the final game of the first day, Papua New Guinea defeated USA 27-10.

A mistake off the kick-off set the tone for the Hawks, who struggled to contend with the Kumuls, despite taking the lead through Junior Vaivai midway through the first half. 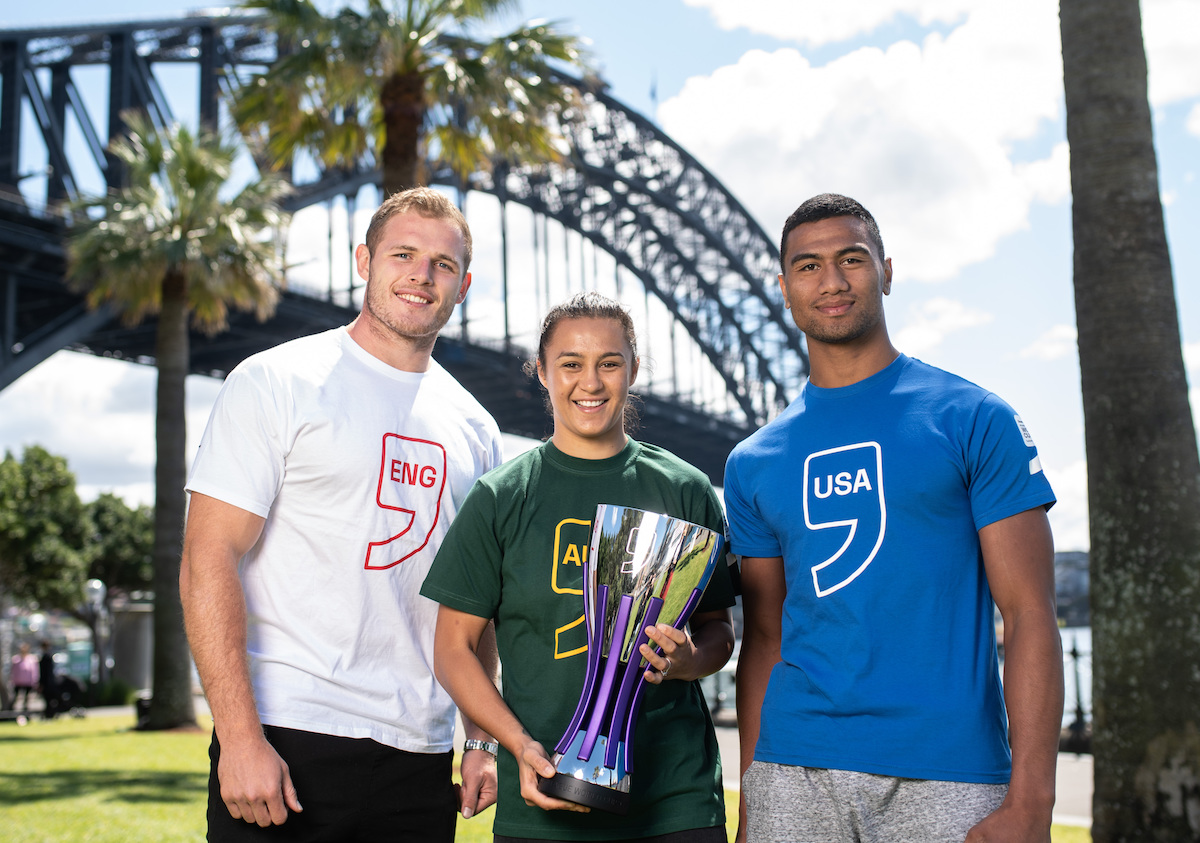 Australia Women vs England Women (4.35am)

Lebanon vs Wales (5am)

Fiji vs Cook Islands (6am)

Australia vs Papua New Guinea (7.15am)