While some have criticised the drain of talent to the NRL, it has provided opportunities for other youngsters to make their name.

The St Helens forward suffered a disappointing end to the season, ruled out of their run to Grand Final glory with a perforated bowel he suffered against Leeds in August.

By then, he had already long staked his claim for the Young Player of the Year gong, which he duly won at the Man of Steel awards.

He made 23 appearances for Justin Holbrook’s runaway league leaders in only his second season in the first team, having made one start in his breakthrough year in 2018. 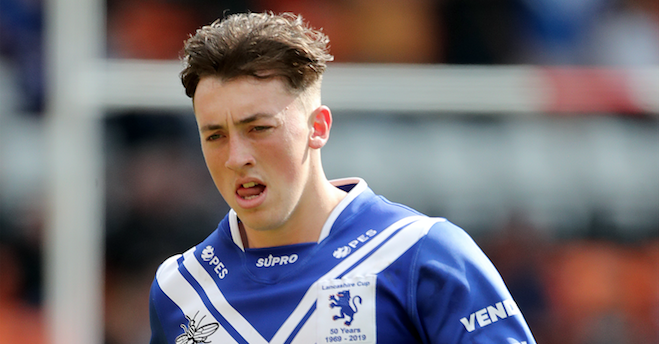 They say there’s no substitute for pace, and Ashton has it in bucket loads.

The winger or full-back raced in for 30 tries in 25 appearances for Swinton, as the Lions finished in a relatively comfortable 9th place in the Championship, winning 10 of 27 games.

For a player plucked from the amateur game, and one that had been working on a zero-hour contract to make ends meet, the year ended with a big move to Super League and Warrington Wolves, where he will be hoping to make his mark in 2020.

Wigan’s conveyor belt of talent looks to have unearthed yet another gem in Morgan Smithies, who ended the year playing years above his tender age of 18 (he has since turned 19).

He only made his debut in 2019, but went on to play 24 times for the Warriors as they dealt with the absence of captain Sean O’Loughlin.

His form led him to be called up to the England Knights squad for their test against Jamaica, and he got Love Rugby League’s vote for the Young Player of the Year at the Man of Steel awards, in which he finished runner-up.