A petition for “Sir” Kevin Sinfield to be given an official knighthood by the Queen has already received more than 30,000 signatures.

Sinfield, 41, has gained nationwide respect for his superhuman efforts in raising money and awareness of Motor neurone disease.

His friendship and relationship with friend and former team-mate Rob Burrow has become an inspiration to us all.

And it is a symbol of the values of the two great man and the communities and sports they represent.

Andy Oddy, who started the petition, wrote: “Sir Kevin Sinfield MBR (sic) is a rugby league legend. He has been working tirelessly for his best friend Rob Burrow who has Motor neurone disease.

“He has raised millions for the MND charity and raising the profile of this horrid illness. We, the people of Leeds, are tremendously proud of Sir Kev and we want him KNIGHTED. Thank you.”

Anyone can be nominated for a knighthood, with recommendations made by an honours committee to the Prime Minister and then to the Queen. 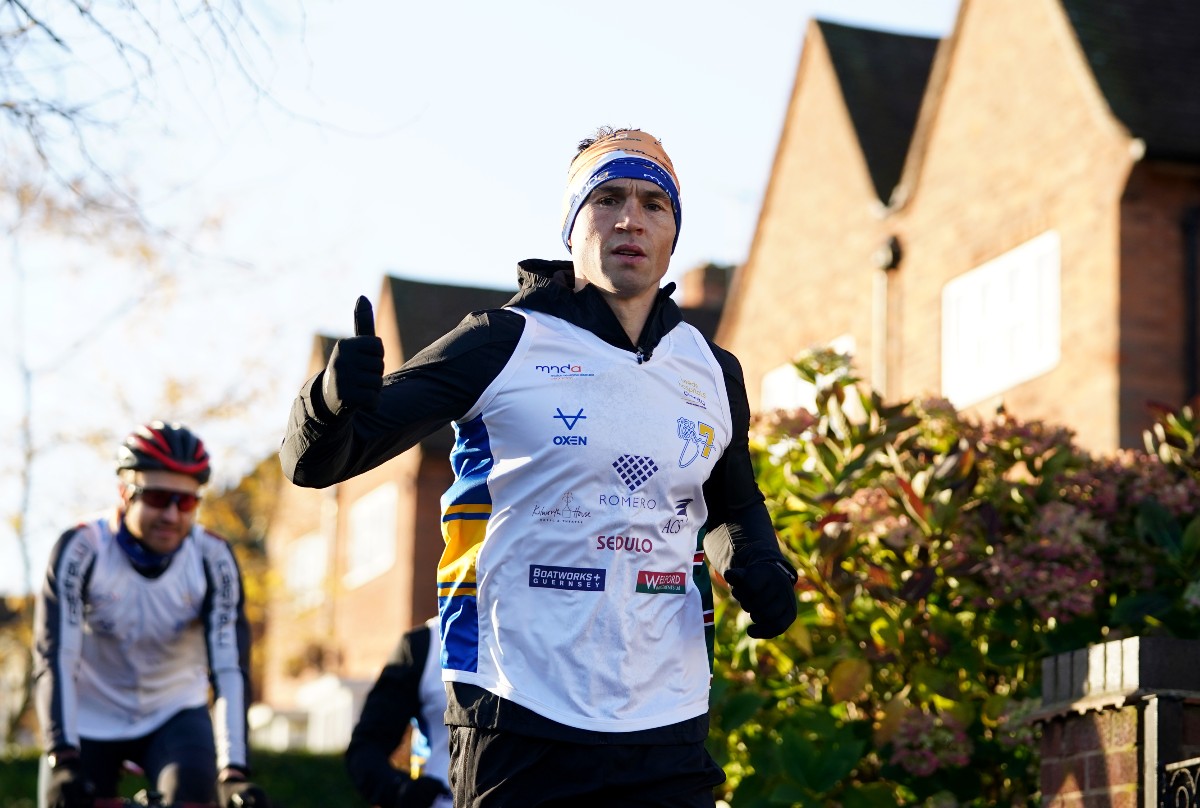 Love Rugby League has submitted a nomination for Sinfield via the Government’s appropriate page here.

Sinfield made more than 500 appearances for Leeds, scoring 3,967 points. He is the highest points scorer in Super League and Leeds history.

Since his retirement, he had a brief stint playing rugby union for Yorkshire Carnegie and then took on off-field roles at Leeds and the RFL.

Earlier in 2021, he left rugby league to take up the role of defence coach at Premiership rugby union side Leicester Tigers.

This week, Sinfield completed the phenomenal achievement of running 101 miles in aid of MND raising more than £1.6m

He was interviewed live on BBC breakfast alongside Burrow at Headingley.

His previous challenges have included running seven marathons in as many days, which raised more than £2m.

In the 2021 Birthday Honours List, Sinfield was awarded the OBE for services to rugby league and charitable fundraising, having previous been awarded an MBE in 2014.