In this week’s paper talk, there’s an update from France on the future of Toulouse full-back Mark Kheirallah and a media suggestion for new coach of the Combined Nations All Stars.

PLAY: Our free Fantasy Rugby League competition is back for 2022, and World Cup final tickets are up for grabs

A report last week said that Kheirallah had fell out with the club, and four others were refusing to be vaccinated.

When asked directly whether Kheirallah had asked to leave, Garcia said: “No he hasn’t, we are in the middle of talks, but if there is a change in that situation at any stage, we will be the first to announce it.”

Featherstone are set to add to their already formidable looking squad with another NRL coup.

Half-back Ryley Jacks is set to arrive from Melbourne Storm, according to Yorkshire Live.

Rovers are due to make a couple of ‘significant announcements’ later this week, as well as herald the arrival of NRL powerhouse centre Joey Leilua.

No regrets for Walmsley over NRL 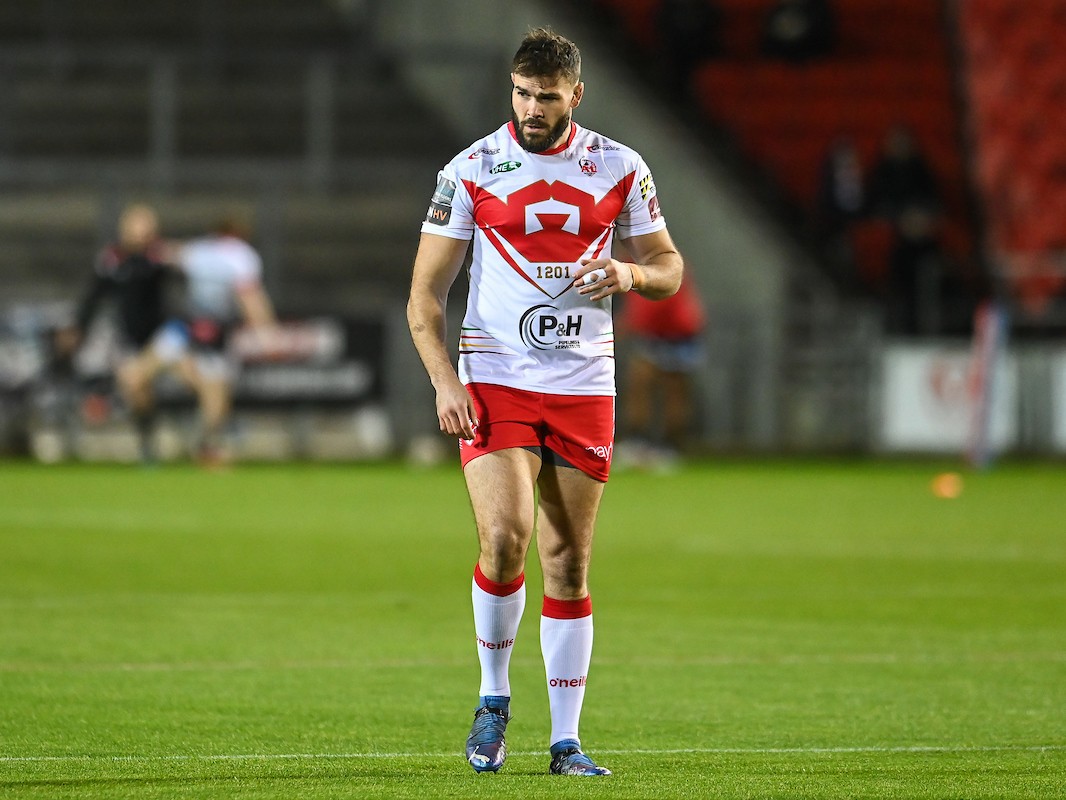 St Helens prop Alex Walmsley says he has no regrets over turning down the NRL to stay loyal to Saints. (The Sun)

He said: “Ultimately the loyalty to the club. I’ve always been proud of having that trait as a loyal person.

“I don’t find myself regretting that I didn’t go down, although people would’ve been interested to see how I would’ve tested myself in the NRL.

The former Batley man celebrated his testimonial against Leigh on Friday.

Calls for Woolf to lead the All Stars

St Helens coach Kristian Woolf would be the obvious candidate to coach the Combined Nations All Stars against England, according to League Express editor Martyn Sadler.

Writing in his weekly column, Sadler said: “Woolf will coach Tonga in the World Cup and he would be a formidable opponent for Shaun Wane.

“The two questions that need to be answered are whether Woolf would want the job; and whether St Helens would allow him to take it if he did.”

Last week, the All Stars announced their shirt is designed to help Tongans who have suffered the impact of a tsunami that hit the island last week.

Tim Sheens led the All Stars to victory over England last season, but he has now returned to Australia.

The family of former St Helens and Wigan forward Bryn Hargreaves have appealed for help in finding him. (The Mirror)

The 36-year-old has been living in the USA for the past 10 years. He has not been heard from since early in the New Year.

Younger brother David said: “His apartment was found to be empty on January 12 so we contacted the police after that.”

About James Gordon 7044 Articles
Love Rugby League editor. Founded the website back in 2005. Worked with a range of clubs and sponsors during that time. Also commentates for BBC.
Website Twitter LinkedIn