Salford’s signing of Dec Patton from Warrington will prove to be a strong addition to the club.

In recent history, the AJ Bell Stadium side have looked their best with a strong half-back in the middle of the park leading the way.

It was Salford who gave Jackson Hastings a chance in 2018, who had fallen down the pecking order at Many Sea Eagles and was featuring for their reserve side.

Hastings, alongside his team-mates, helped Salford become one of the strongest teams in the competition in 2019, bouncing back from their poor 2018 season when they avoided relegation after featuring in the Middle 8s.

The Wollongong-born player led Salford to a third-place finish in the Super League table, defeating Wigan and Castleford in the play-offs to book their place in the Grand Final for the first time in the club’s history.

While they didn’t get the win so many would have liked to see at Old Trafford, their success continued.

In 2020, Hastings made the move to Wigan and Salford brought in former England international Kevin Brown to be the next leader within the club.

This time, Brown helped the Red Devils to their first Challenge Cup final appearance in 50 years.

Fast forward to 2021, and Patton will now be given the consistent chance he deserves in the Super League.

The 25-year-old made his Super League debut for Warrington against Wakefield in 2015, and in 2016 featured in the 20-6 win over Hull FC to secure the League Leaders’ Shield.

He went on to score the only try in Warrington’s Grand Final defeat to Wigan in the same year, and his future looked very bright.

He was given the chance in 2017 with 25 appearances scoring five tries and kicking 56 goals, as well as three drop goals.

Then in 2018, Patton found most of his appearances from the bench, with Brown and Tyrone Roberts starting in the halves.

Patton went on to feature in the 2019 Challenge Cup victory over St Helens. 2019 was a strong year for the England Knights international, making 31 appearances.

In 2020, he made just four appearances for the Wolves, and his contract expired in November. 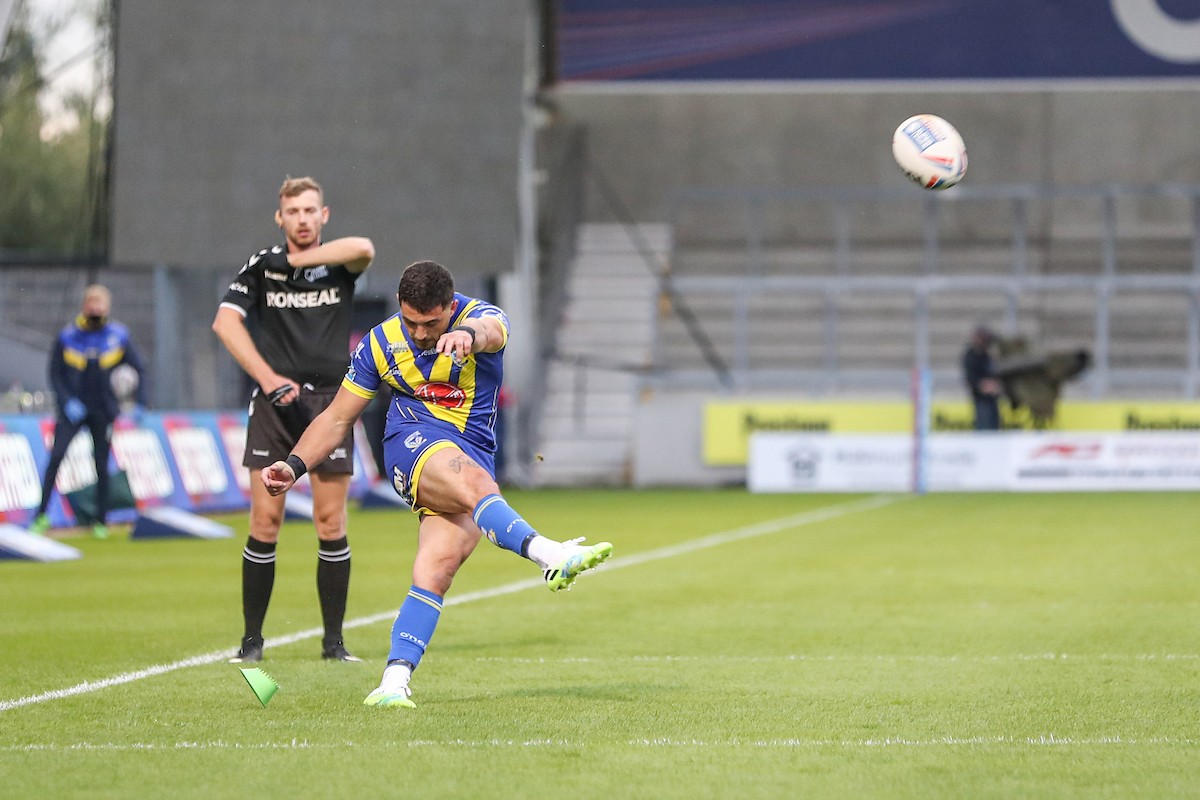 A move to Salford could be what brings the spark back to Patton’s game, and he will be in an environment that should bring the best out his game.

Patton could be the next player to lead Salford to success under the new era of Richard Marshall, and a fresh start could see him back to his best.

His goal kicking alone is a huge boost, and Patton is a creative playmaker – who alongside Tui Lolohea and Brown – should add extra excitement to the Red Devils in 2021, as well as providing cover at hooker, with Joey Lussick returning to the NRL with Parramatta Eels.

Salford’s signing of Patton is one fans should be excited about in 2021.