Following the Tigers’ first team all the way to Wembley Way for the Challenge Cup Final, Kennedy will set off at 9:30am on Wednesday (14/07) from the Mend-A-Hose Jungle stadium.

Kennedy, who’s right arm was amputated above the elbow over ten years ago, captains the mixed disability team. Without it, many members of the team would not have access to a sport like rugby league.

The last 18 months have been difficult for everyone, but the foundations have really struggled to raise money. Kennedy is cycling across the country to raise money for not just his team, but all of the foundations with PDRL teams: Castleford Tigers, Leeds Rhinos, Wakefield Trinity, Warrington Wolves, and Wigan Warriors.

Kennedy aims to raise money to support the clubs in the running of the PDRL teams, and also build awareness so that more people with disabilities can get involved. 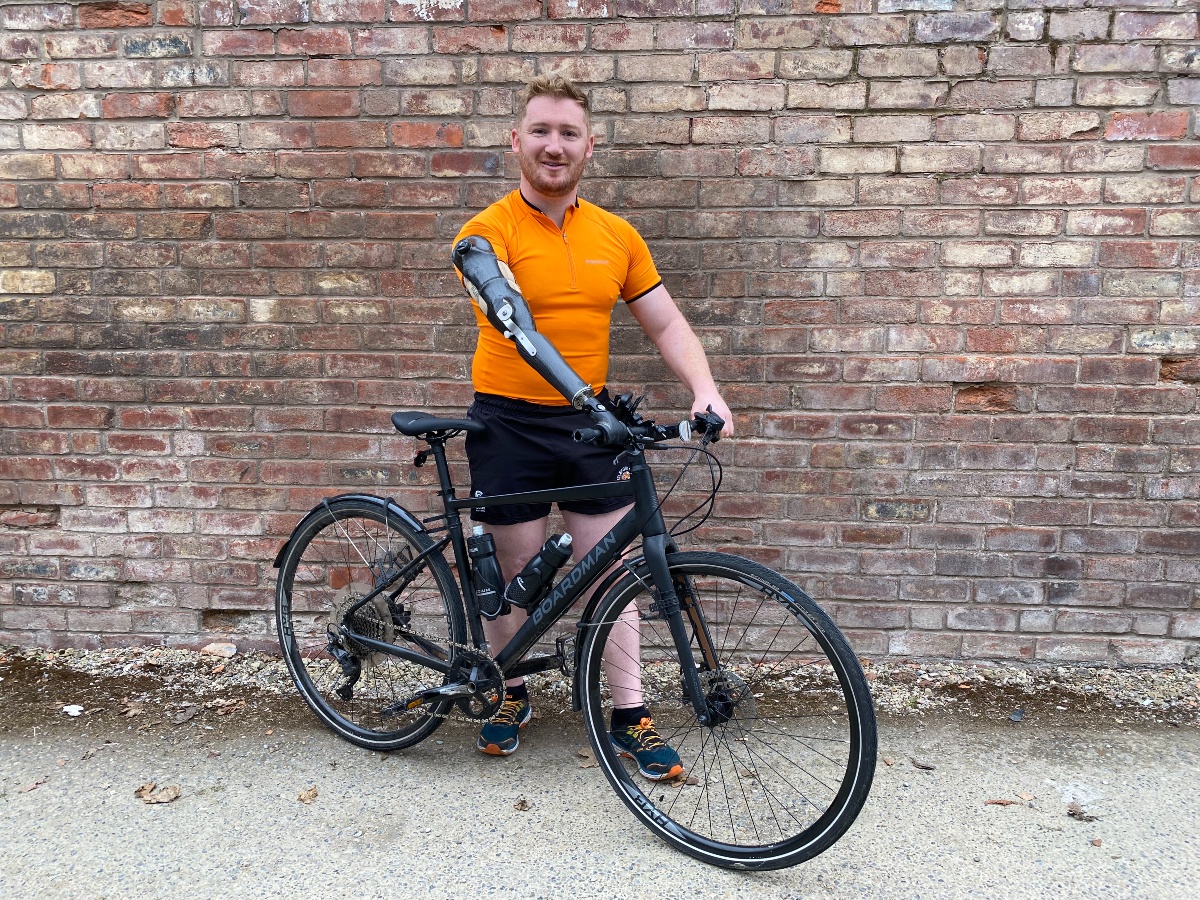 He said: “We may be rivals on the pitch, but this sport is for all of us.

“I truly believe that sport is one of the best ways to improve peoples’ quality of life – doubly so for those with a disability. Every penny counts for the foundations that are trying to grow this fantastic sport, so please donate if you can.”

PDRL has been driven forward in the UK by Channel 4’s The Last Leg’s host Adam Hills. After seeing the success of the inclusive sport in his native Australia, Adam now plays for Warrington Wolves when he’s in the UK filming, and regularly shouts out the sport on his show.

Of the fundraiser, Hills said: “One man with one arm is doing a brilliant thing. Cycling from Castleford to Wembley to raise money for PDRL England. Please support Nick if you can.”

PDRL is a newer variant of rugby league, inclusive and open to all, and is still in its infancy as a sport. There are only a handful of teams at the moment, but the sport is growing.

The teams are all run by registered charity foundations from Super League clubs, and selected players will also take part in the first ever PDRL World Cup later this year, as part of the wider Rugby League World Cup in October/November.

BLOG: There needs to be a Reserves league

Super League needs to have a Reserves league because it would benefit everyone involved. [Read more…]

Monaghan misses out for Tigers

Castleford coach Daryl Powell has named his 19-man squad for the Tigers’ clash with Huddersfield at the Mend-a-Hose Jungle on Sunday.