England international Oliver Gildart says he sees plenty of similarities between his hometown club Wigan and his new side Wests Tigers.

The 25-year-old says he is loving life Down Under after joining the Tigers on a two-year deal from Super League giants Wigan.

Gildart has started in all four games for Wests so far, but Michael Maguire’s side are still seeking their first win of the season.

Speaking to NRL.com, Gildart said: “I’ve loved every minute so far. I wish we were winning games but we are working hard to strive towards that.

“I’m loving my time here at the club, nothing comes easy and we are certainly finding that out now but it has been brilliant.” 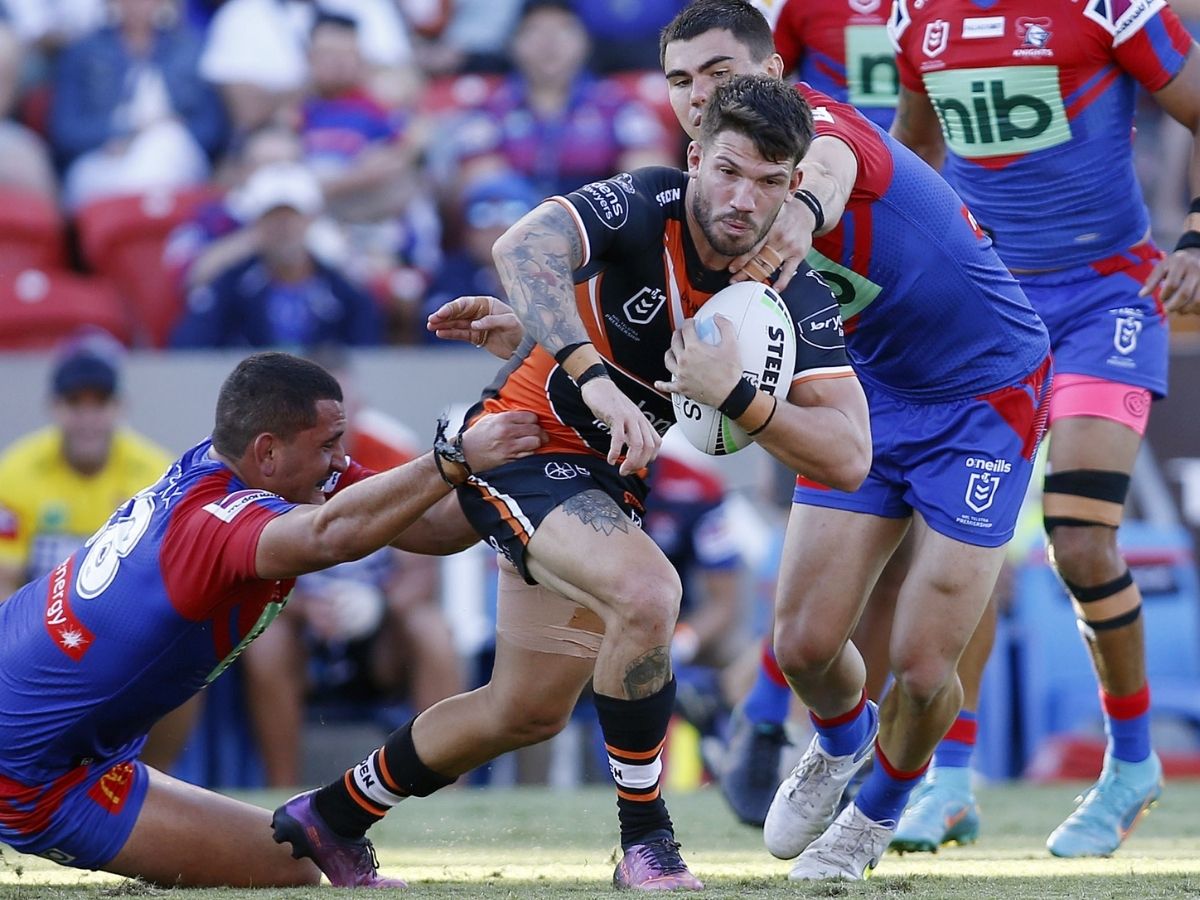 Maguire, who is also the New Zealand national coach, got his first head coaching gig with Gildart’s boyhood club Wigan back in 2010.

Maguire led Wigan to their first Super League Grand Final win in more than 10 years in 2010 and then oversaw their Challenge Cup triumph the following season.

And Gildart has revealed that he sees a lot of similarities between the Warriors and Tigers, with the main one being work ethic.

He added: “I come from a successful club in Wigan and I see no differences in how the Tigers are here.

“There is great coaching staff and great staff across the board. We are putting in the hard work here in training so hopefully a couple of bounces of the ball and a bit more composure from us can flip these games to our side.

“The work ethic (is the main similarity). Madge has been at Wigan and kind of left a legacy there. The stuff that he brought to Wigan they still kind of do to this day. I expected that from Madge over here and I find the two clubs very similar in that aspect.

“He has been a very successful coach and he has won wherever he has been so why would it not work? We believe in what he does, we believe in each other as a team so if a couple of things in the game go our way then we can get some good results.”

The Tigers will aim to get their first points on the board in round five against Cronulla Sharks on Sunday.

Wigan full-back Zak Hardaker says his call up for the Great Britain tour came as a bit of a shock. [Read more…]

Here are the 21-man squads for this weekend’s Super League games. [Read more…]