The ninth round of the NRL season gets underway on Thursday, so we have previewed each game over the weekend.

The ninth round of the season kicks off with a cracker as the red-hot Rabbitohs take on the just as dominant Storm. Both sides met back in the first week with Melbourne just getting the better of South Sydney in an enthralling encounter at AAMI Park. After two months of action, both sides are well within the top four race and look to keep competition leaders Penrith in their sights. It can certainly be said that there will be plenty of tries in this one as the Rabbitohs average 29 points per game while Melbourne leads the league in line breaks as well as tries.

Team news: A backline re-shuffle sees Benji Marshall move to scrum-half and Cody Walker move from full-back back to stand-off due to Adam Reynold’s thumb injury. Alex Johnston goes to full-back while Steven Marsters and Taane Milne are the new wing pairing. Cameron Murray (ankle) and Campbell Graham (hand) are both out, so Jai Arrow and a returning Braidon Burns take their place in starting line-up.

George Jennings and Nelson-Asofa Solomona are both named to return for Melbourne from head knocks.

The Panthers show no signs of stopping and keep winning with relative ease and despite a difficult game against Manly last week they still came away with a 28-16 win to cement there spot at the top of the ladder. Meanwhile, Cronulla are on the back of four straight defeats and will need to conjure every ounce of energy and skill here to dethrone the undefeated league leaders.

Jesse Ramien (glute) is back at centre for Cronulla in their only major change.

Another game of the round contender as high-flying Parramatta take on an injury-ravaged Sydney. The Eels kept up their great form with a comfortable win over Canterbury last week to stay in second place on the ladder. The Roosters, meanwhile, continue to battle away after a convincing win over Newcastle but once again the dreaded injury curse entered Sydney’s camp as both Brett Morris and Lindsay Collins suffered ACL injuries. However, even with those injuries, the Roosters are keeping pace with the rest of the top four as youngster Sam Walker looks to be a star in the making with a collection of inspirational displays.

Injuries have not been kind to Sydney with Morris and Collins both out for the season. Matt Ikuvalu takes Morris’ spot on the wing while Sio Siua Taukeiaho moves back into the front-row. Sam Verrills (retina) is also out with Ben Marschke back at hooker. The return of James Tedesco (head knock) does give the Roosters a boost though. 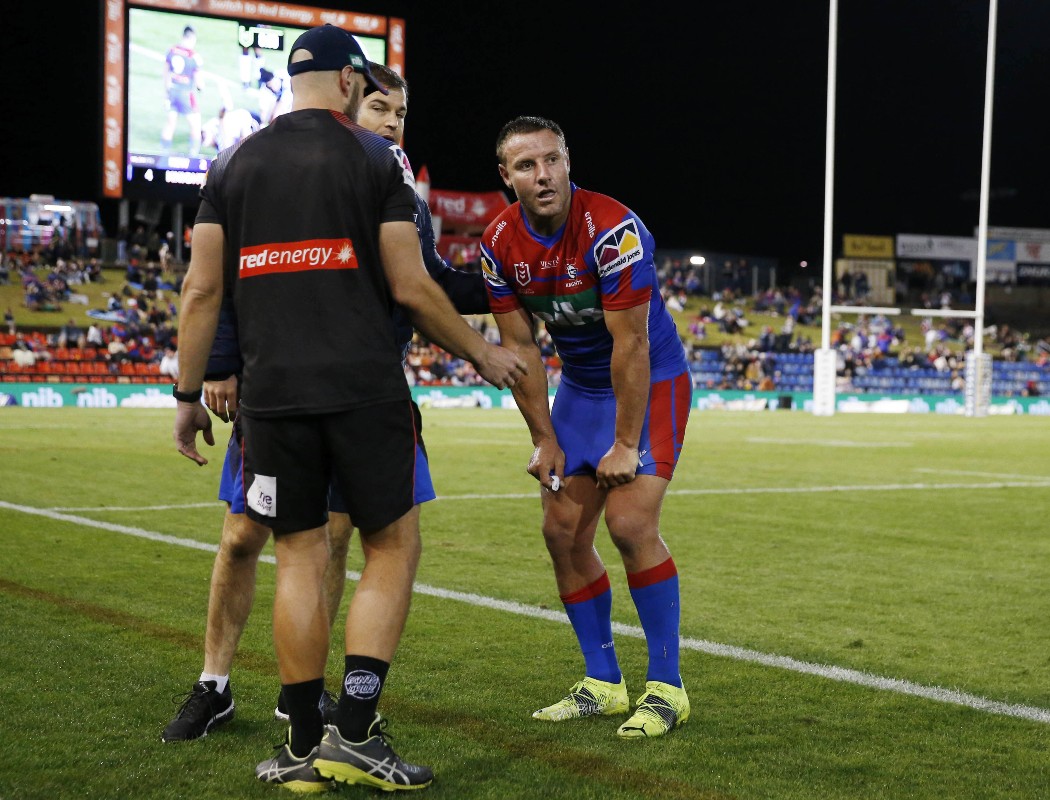 Both teams have certainly struggled for wins this year with three wins under their belts after the first eight rounds and now face a challenge to keep within the top eight race. The Raiders have now lost their last four in a row and will be looking to regain some much-needed confidence here while the Knights need to get their attack firing again after a 38-4 loss to Sydney a week ago.

Team news: Josh Papalii and George Williams are both back in the Canberra starting line-up at prop and scrum-half respectively.

Blake Green (rib) is out so Phoenix Crossland has been selected at number seven for Newcastle.

The Tigers return to Campbelltown with some fresh confidence after a morale-boosting win over the Dragons last Sunday and you can imagine coach Michael Maguire will be hoping his side can match that effort again this week. The Titans will need to shake off a disappointing loss to Brisbane, a game in which they gave up a 22-0 lead. There is history on their side here though as Gold Coast have won on their last two visits to this ground.

Team news: Moses Mbye is in at centre for the Tigers with Tommy Talau suspended.

Tino Fa’asuamaleaui is back for the Titans in the front-row after serving a suspension for a shoulder charge while Corey Thompson’s injury means Phillip Sami moves to the wing and Beau Fermor is the new man at centre.

The last game of Saturday’s triple header gives us another edition of this great Queensland rivalry. The Cowboys have found some decent form as of late after winning three of their last four games so this will pose another stern test for Brisbane. The Broncos will be riding high themselves though following the club’s 22-point comeback against another Queensland side in Gold Coast last week.

Team news: Ben Hampton (pectoral) is out for North Queensland, so Jake Clifford is back in the halves and Javid Bowen takes Justin O’Neill’s spot in the centres.

There is no question that Manly have been a much-improved side in the last three weeks following the return of Tom Trbojevic. The Sea Eagles may have lost to first place Penrith, but they can take away plenty of positives from the game after being right in it up until the Panthers’ late game winner. The Warriors have been in some decent form of their own in recent weeks, winning two of their last three but they will be looking to avenge a 13-12 defeat suffered at the hands of Manly in round five.

Team news: Sean Keppie and Haumole Olakau’atu move into Manly’s forward pack with Martin Taupau and Josh Aloiai both out.

There is no Ben Murdoch-Masila (head knock) for the Warriors so Eliesa Katoa is back in the second-row.

It was not that long ago that St George Illawarra were looking in great shape on the back of a four-match winning streak. However, they now find themselves on a three-game losing run and struggling to find some cohesion offensively. They have every chance to end that run here though when they take on a Canterbury side with only one win to their name thus far.

Team news: No Zac Lomax (thumb) for the Dragons so Tyrell Fuimaono takes his place at centre.

Dallin Watene-Zelezniak returns at full-back for Canterbury and Nick Meaney moves back to the wing.