Zach Holland has taken an in-depth look into every round five fixture of the 2019 NRL season.

After a crushing 36-4 loss to the Roosters, a few questions will look to be asked of Anthony Seibold and his Broncos side coming into this game against the Tigers. The Tigers are an interesting team to try and dissect. Despite starting off the season so well with throwback performances from the likes of Robbie Farah and Benji Marshall, they are now fresh off successive defeats.

The Tigers can take some positives from their defeat to Penrith though as they were pretty much the better team for a good 75 minutes but just could not find that killer blow. This seems like the ultimate opportunity for them to bounce back against a Brisbane side who have one win in the first four games.

Team news: The Broncos will be without powerhouse forward Tevita Pangai Junior due to suspension, with David Fifita his replacement. Star centre James Roberts is selected amongst the reserves and Patrick Carrigan is named on the bench and is set to make his NRL debut.

A couple of changes for the Tigers sees Russel Packer move from the bench into starting prop, with Ben Matulino moving to the bench. The back-row also sees a change as Joshua Aloiai comes in. 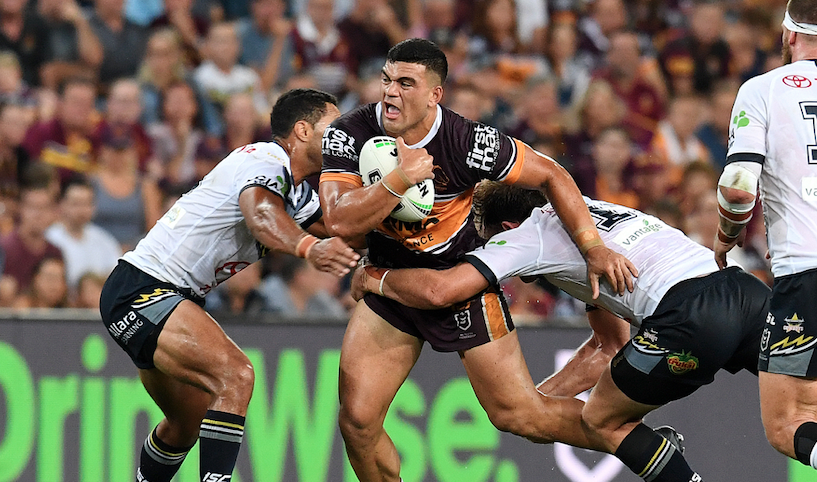 An intriguing affair this one as both sides have had their struggles of late. The Titans come into this without a win and the Panthers still look to find that consistent winning rhythm, despite the one-point win over the Tigers last time out.

Despite the loss to the Warriors, it might be fair to give Gold Coast a little bit of sympathy as it was the first game that half-backs Tyrone Roberts and Ash Taylor would play together so there maybe some time needed for them to adjust in that area. However, they will have to kick on quick now as with four straight losses to start the season, they find themselves already on the cusp of being out of NRL finals rugby.

Team news: Titans coach Garth Brennan is sticking to his guns, making one change that sees Max King come off the bench in place of the suspended Moeaki Fotuaika. Half-back Roberts is still managing his achilles and has not practiced fully this week.

The Panthers are without Frank Winterstein (knee) as Tyrell Fuimano replaces him on the bench. A standout move from coach Ivan Cleary sees Dallin Watene-Zelezniak move in at full-back and Dylan Edwards move to the wing. 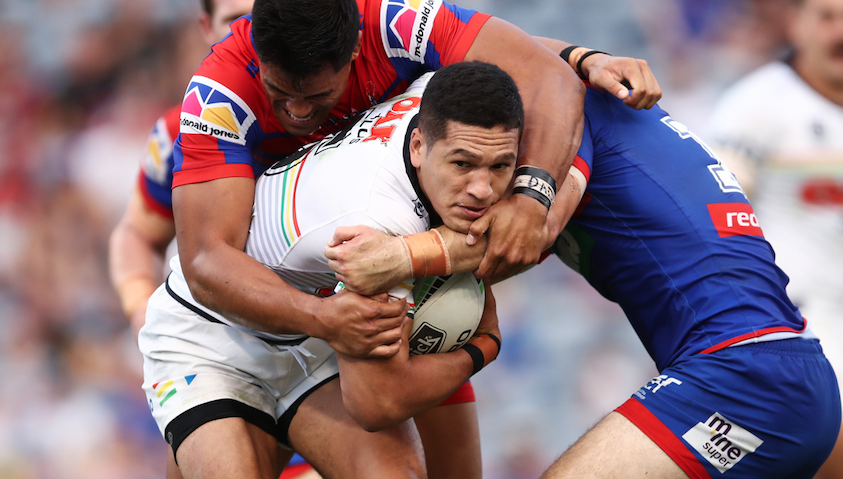 The fact that North Queensland have conceded a lot of points at home this season against the likes of the St George Illawarra, Canberra and Cronulla does not bode well here as the Cowboys look to get their season back on track with this big test against an undefeated Melbourne side. The history books do not make for good reading though as North Queensland have lost their last five straight to the Storm.

The unavailability of major impact player Jason Taumalolo sees the Queensland side sit second from bottom on points difference and will face an even tougher task here as Melbourne aim to continue their red-hot form.

Team news: Even with the tough start, the Cowboys are not making any drastic changes with Javid Bowen missing out and Ben Hampton taking his place. Enari Tuala looks set to make his first start of the season in the centres. A couple of big changes for the Storm sees Marion Seve go from centre to the wing to accommodate for the suspended Suliasi Vunivalu while Josh Addo-Carr is named but could miss out again due to personal reasons. 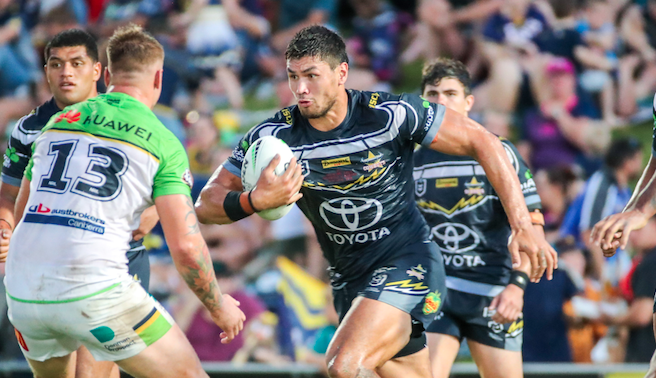 The Rabbitohs come into this round five tie following their first loss of the season after succumbing to a narrow defeat to Manly in a golden point thriller. There were certainly plenty of opportunities for the NSW side to take the two points but they just could not get the job done in the end and coach Wayne Bennent will no doubt be expecting that killer instinct to come back here.

The Warriors looked back to their old tricks with an energetic attacking style which was clear to see, with Roger Tuivasa-Sheck looking his absolute best. However, they will presumably have to push themselves even further if they want to knock over the Bunnies, who have still looked impressive so far this season.

Team news: Kyle Turner is named to start at centre for the Rabbitohs in place of Greg Inglis. Liam Knight is on the bench after returning from suspension while George Burgess continues in his role at prop.

Sam Lisone’s return from suspension hands the Warriors a little boost while Adam Blair makes his way into the starting 13 and veteran Issac Luke is named in the reserves. 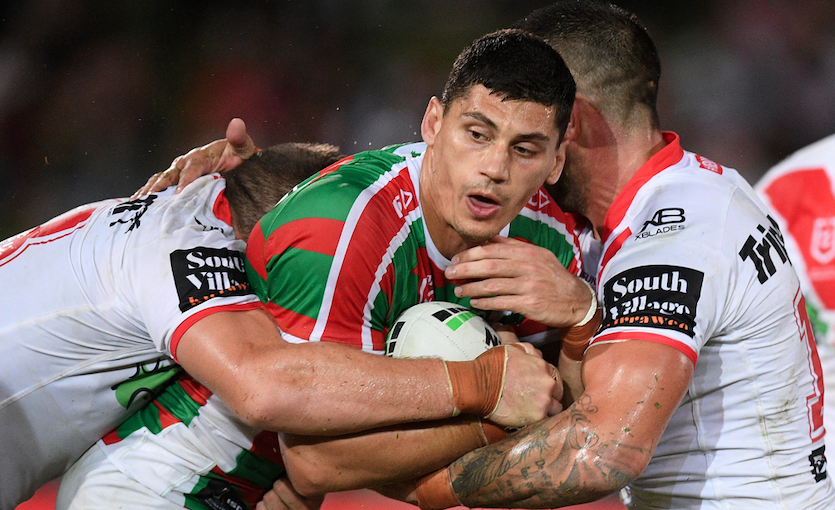 The Sea Eagles will undoubtedly be saying their prayers as the man that has seemingly reignited the Northern Beaches side in recent weeks in Tom Trbojevic limped off in their win over South Sydney with another hamstring injury. It does not look good for ‘Tommy Turbo’ either as he is set to miss the next couple of months and will be a huge miss. However, the fact that they spent most of the game without Trbjoveic just shows they have the mentality to win those close games without such a highly influential player.

The Sea Eagles can even take some pleasure in the fact that the Knights have not recorded any more than 14 points in any game this season so more offensive reshuffling for Newcastle may be needed if they want to come away with the win here as well.

Team news: Newcastle’s Kalyn Ponga stays in at full-back with Mason Lino given another shot at the six jersey. The front-row sees James Gavert make a return from injury while Tim Glasby moves back into the loose forward spot. The major injury news for Manly sees Tom Trbojevic sit out (hamstring) with the issue, placing Brendan Elliot in at full-back and Moses Suli into the centres. 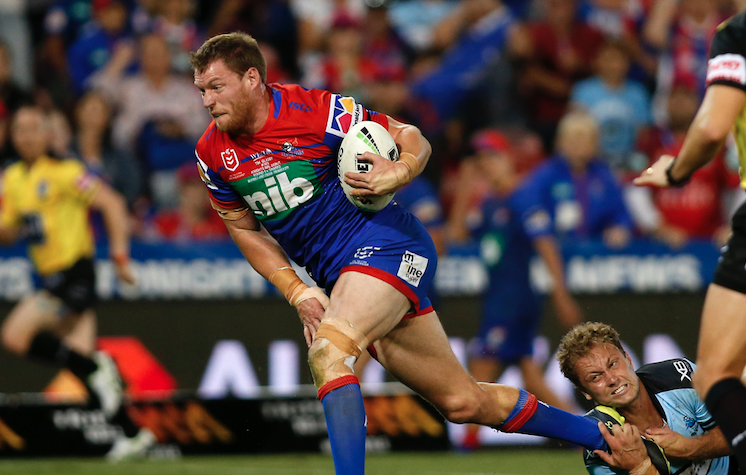 In their first win at the SCG since 1999, Sydney took a young Brisbane team the sword in a 36-4 demolition and showed once again it was business as usual on the Roosters front. Despite a few injury worries here and there, it did nothing to hamper Sydney’s progress since their first round loss to the Rabbitohs. The likes of James Tedesco and Luke Keary were instrumental.

The Sharks certainly missed Shaun Johnson and Paul Gallen in their loss to Parramatta but with both players looking to return and give their side a better chance at attempting to acquire such a prestigious scalp here.

Team news: Both Shaun Johnson and Paul Gallen are named to return but are 50-50. The only major change for the Roosters is Jared Waerea-Hargeaves being back from a one-week lay-off. 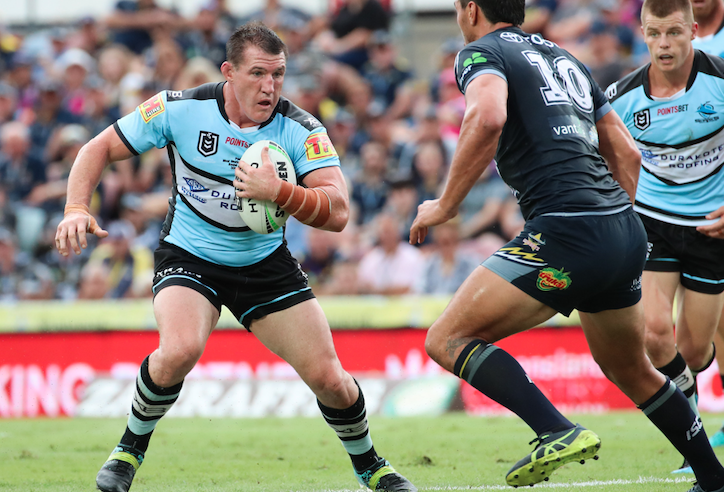 Well what can you say about that man Corey Norman? After the loss of Gareth Widdop to injury, the Dragons’ five-eighth has been the go-to man for the second week in the row, as he has kicked his team to victory in dramatic circumstances against both Brisbane and now Newcastle. However, there could be another tough test around the corner against Canterbury.

After last weekend’s performance against Melbourne, you can certainly give it up for the Bulldogs as they put forth a gritty and determined display, giving the undefeated Victoria side an almighty scare and it will remain to be seen if they can do the same here.

Team news: The Dragons have named Tyson Frizzell to start in the back-row while Luciano Leilua comes in on the bench to replace Korbin Sims (broken arm). Jacob Host (ankle) remains doubtful. The Bulldogs’ pack sees Dylan Napa out with an ankle injury and Ofahiki Ogden named to start in his place. 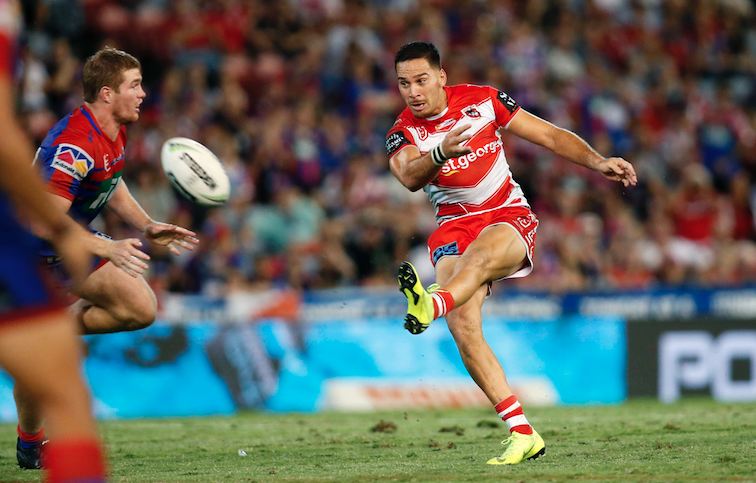 Now, what a potentially great game we have here.

Who would have thought that two teams – who this time last year were near deep at the bottom of the ladder – would now look like they mean business? Both teams sit with 3-1 records and are set to go head-to-head in what could be a tasty fixture.

The Raiders have come into this season much improved on both sides and have looked one of the more dangerous teams with the ball in hand. The Eels took luxury of a missing Johnson in their win against the Sharks, but it does not take away their surprisingly impressive start to the season.

Team news: A big boost for the Raiders sees Joseph Tapine back from injury but he is only named on the bench, with Ryan Sutton still starting at loose forward. Great news for Parramatta sees no changes to the squad that outlasted the Sharks last weekend. 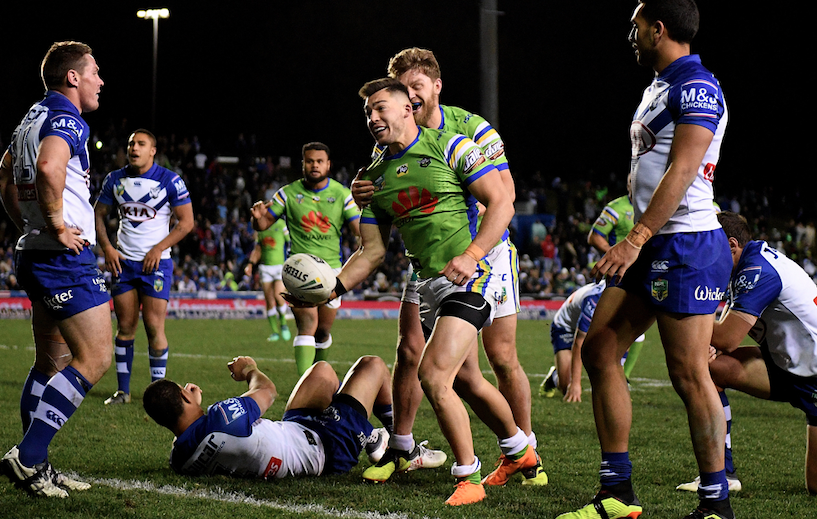