The first game of round nine sees Gold Coast come up against Cronulla Sharks. The Titans have not had the best of luck in the injury department and saw primary playmaker Tyrone Roberts leave the field last week and during that time, it was clear to see how influential of a player he is for a side struggling offensively. They sit with two wins from their first eight and will have to come up with something spectacular if they want to keep within top eight contention.

However, the Sharks have had their own injury issues. They were the surprise package of round eight as they knocked over 2018 NRL runners-up Melbourne with 20-18 win. It was a good a chance as any to play Melbourne and the Sharks certainly took advantage of that. There will no doubt be plenty of confidence coming into this fixture as they face a Titans side missing key pieces.

Team news: The Titans see the return of Dale Copley on the wing while AJ Brimson is brought in to replace Tyrone Roberts at stand-off.

Sosaia Feki comes back in on the wing for Cronulla, while Sione Katoa is dropped from the starting 13 to the reserves. Shaun Johnson remains out. 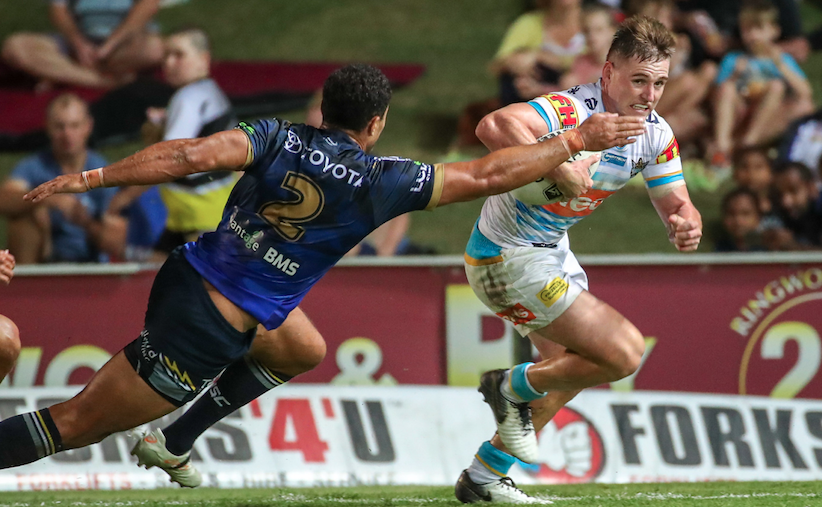 The first game of Friday night may not look the most enticing of fixtures in the grand scheme of things but it is still going to be a match that is key to both sides’ aspirations this season. However, some major changes will be expected as both teams are hit by either suspension or the injury bug.

The Panthers’ season hangs by thread following a fourth straight loss to Canberra. They have the second least points by any team, with only Canterbury scoring less and their struggles going forward are noted by the fact they have the least amount of running metres by any team in the league. The Tigers, though, are certainly within the top eight mix right now, sitting at 4:4 and will no doubt be rubbing their hands together as they face a downed Panthers outfit.

Team news: The Tigers could be set to see the return of Benji Marshall after a substantial lay-off. Ryan Matterson goes back in at second-row while Oliver Clark replaces Joshua Aloiai (concussion) at loose forward.

Penrith boss Ivan Cleary makes a good few adjustments due to injury and suspension. The most noteworthy being Dean Whare returning from injury at centre while Dallin Watene-Zelezniak is named on the wing. Viliame Kaku could be a late inclusion. 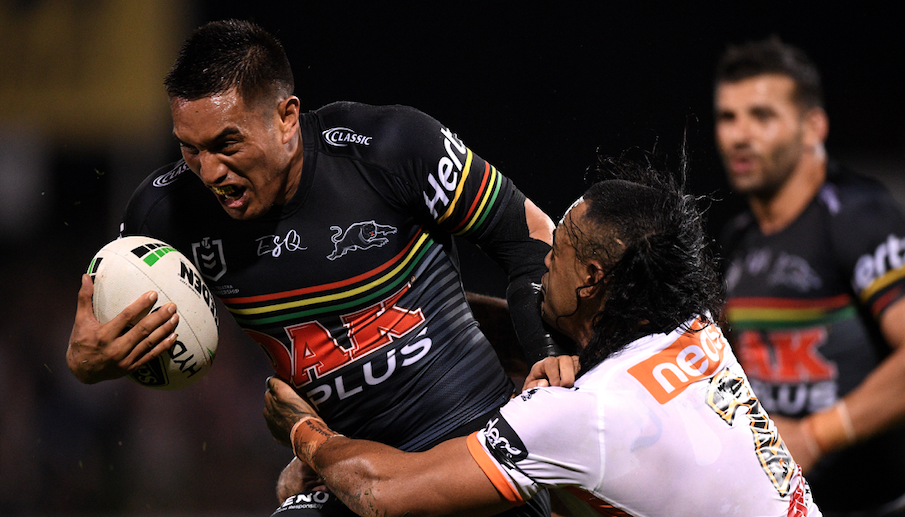 Despite the loss of Daly Cherry-Evans, the Sea Eagles came up with the goods last weekend as they came out 18-10 winners over Canterbury, with half-back Kane Elgey stealing the show alongside Reuben Garrick. The Northern Beaches side now come into this game with their top eight hopes firmly cemented after their fifth win six games.

They may fancy their chances at Suncorp Stadium on Friday night as the Broncos have a lot to answer for. Although a young outfit, plenty of questions are still to be asked of some of their senior players and coach Anthony Seibold looks to have made a decision on this by dropping some key players.

Team news: After losing Cherry-Evans, the injury bug strikes again for Manly as Lachlan Croker sits out with Apisai Koroisau named as the replacement at six. Jorge Taufua comes back in on the wing and Addin Fonua-Blake sits out, with Toafofoa Shipley his replacement at prop.

Seibold make a few distinct changes as the trio of James Roberts, Jamayne Isaako and Tevita Pangai Jnr are dropped to the bench, with Kotoni Staggs, Gehamat Shibasaki and Thomas Flegler all named to start instead. The unfortunate MCL injury to Andrew McCullough means Jake Turpin comes in at hooker. 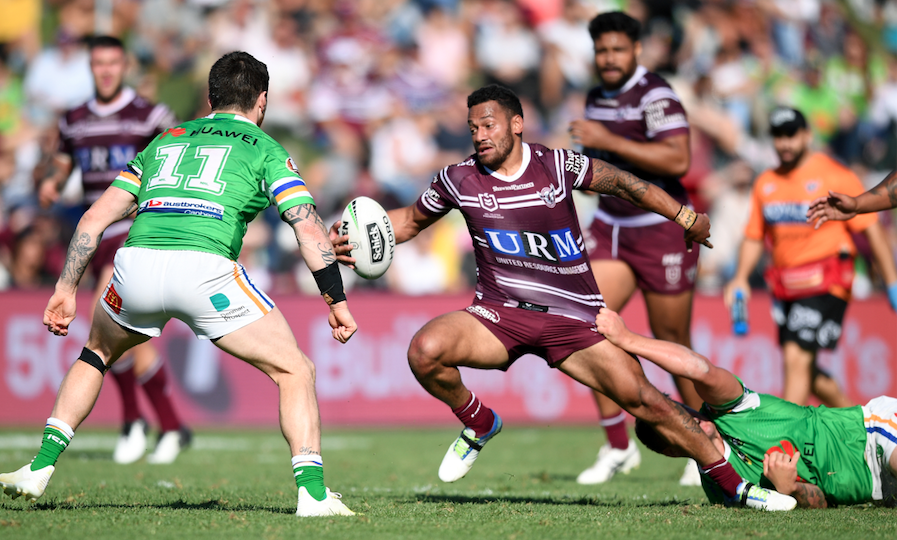 The departure of four members of Canterbury’s coaching staff did nothing to affect the issues on the pitch last week as they suffered their sixth loss of 2019.

However, the Knights look like a side on the up as they are on the back of two consecutive wins and have jumped from 15th to 10th in that space of time. They may still be within that bottom half of the NRL ladder but have shown plenty of promise over the last two weeks, with inspirational performances from Mitchell Pearce and Kalyn Ponga finding that extra gear in his preferred full-back position.

Team news: Bulldogs ace Kieran Foran will be eyeing a potential comeback as he is named on the reserves once more, while Nathan Brown makes no changes to his Newcastle 17 that is seeking a third win in a row. 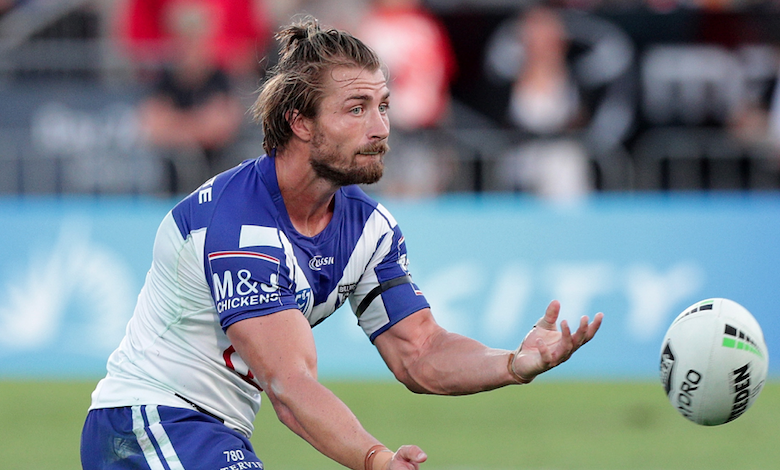 In what could now be exciting times for the New Zealand Warriors, new signing Kodi Nikorima is set to make his debut. The half-back spot has been an issue so far this season for the New Zealand outfit as they have tried to adjust to the loss of Shaun Johnson. The selection of promising youngsters Adam Keighran and Chanel Harris-Tavita in earlier rounds may not have materialised the way coach Stephen Kearney was hoping and the signing of Nikorima may just rectify that. The question now is can that troubled defence begin to step up?

The Dragons sit in an uncomfortable eighth place after the loss to the Eels and lose quite a bit going forward with the injury to Corey Norman. The pressure is now on the likes of Ben Hunt and Matt Dufty to keep the NSW side within that top eight.

Team news: Nikorima will make his highly anticipated debut for the Warriors at six while Nathaniel Roache comes in for Issac Luke at hooker. David Fusitu’a is named on the wing.

The only noteworthy change for the Dragons has Jai Field named to replace the injured Corey Norman. 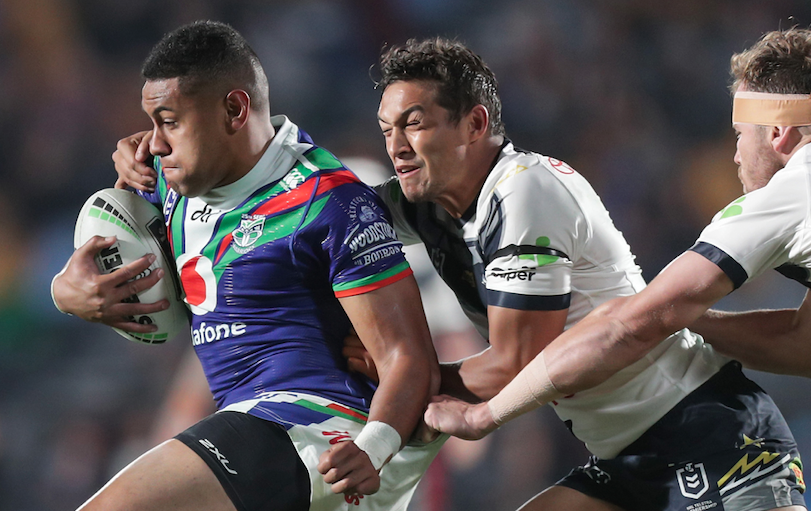 We do not often we see Melbourne come off three straight shaky performances, losing two and winning one. This game will look to prove another tough test for the Storm as Parramatta will want to continue their surprising and impressive season following a comeback win over the Dragons.

The Eels remain in the fifth and if they want to come away with the win here then the impressive trio of Mitchell Moses, Blake Ferguson and Clint Gutherson will have to be pulling all the strings.

Team news: Not many changes for either side with the only stand out being Tim Mannah (ankle) making his return on the Eels bench. 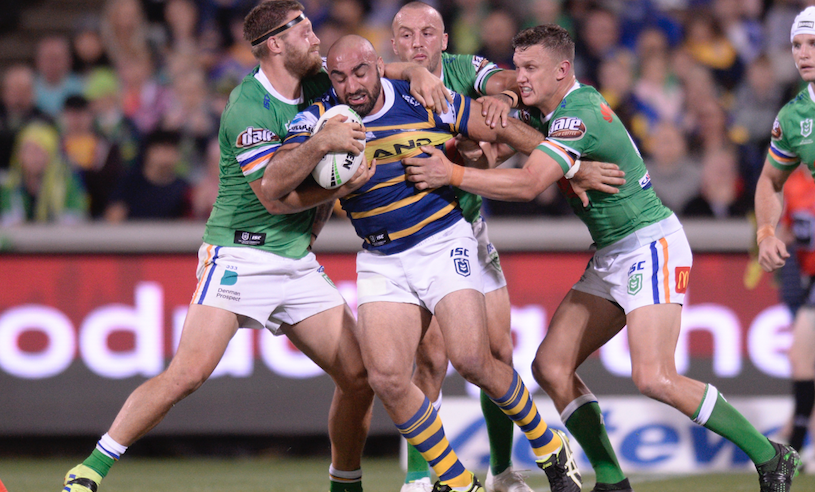 This is the pick of games for round nine as both teams come into this on the back of some red hot form. The Roosters have not lost since their opening round defeat to the Rabbitohs and the Raiders are well in the top four race after suffering only two losses this season.

The question remains as to how Canberra may deal with some injury concerns that see the likes of John Bateman and Joey Leilua affected but even despite the loss of these key players, they were still able to put together a convincing win over Penrith. This will be the ultimate test against a Sydney team that has Latrell Mitchell on top form.

Team news: The Roosters see Matt Ikuvalu make his way back on the wing and Joseph Manu making the move back to one of the centre spots.

The injury to John Bateman has Hudson Young come into to replace the star back-rower and the only other notable change being Jordan Rapana making his return from injury on the wing. 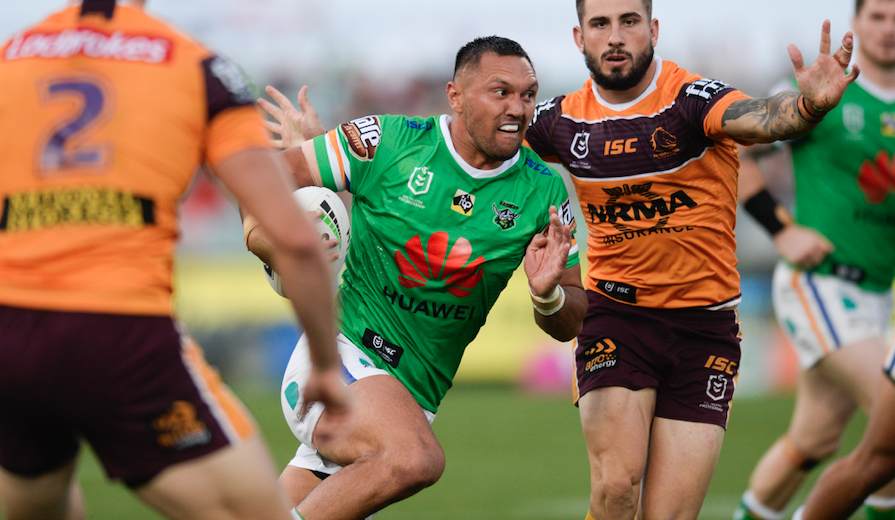 The wins just keep coming for the Rabbitohs, who after a few weeks of not playing their best rugby, were right back on form with a crushing win over the Broncos at ANZAC stadium.

The Cowboys they will certainly be high on some confidence right now as they were bolstered by pivotal return of their resident powerhouse Jason Taumalolo. The Tonga wrecking ball, with his heavily taped knee, showed exactly what his side had been missing with a 200-metre game in their win against Gold Coast. Although they were undoubtedly be pleased to see one of their most imposing figures back in the line-up, the ball still remains in South Sydney’s court.

Team news: Wayne Bennett will be able to take comfort in naming the exact same 17 Bunnies as last week. However, the past few games have seen him switch George Burgess and Junior Tatola so it could be expected that he does the same again.

No Josh Mcguire (calf) for the Cowboys means Coen Hess comes into the back-row while Kyle Feldt is able to make his first start of the season on the wing. John Asiata retains the spot at stand-off. 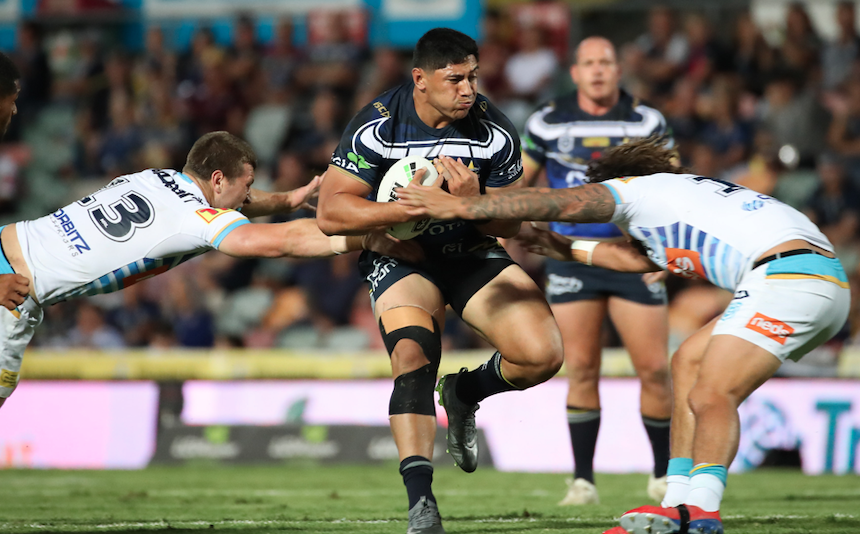