A huge match-up in terms of the race to make the NRL vinals as Newcastle can solidify their place in the post season with a win here while Gold Coast have no margin for error as they sit level on points with Canberra and Cronulla for eighth place. The Knights sit four points ahead in seventh with a strong end to the season seeing them claim four wins on the bounce and as for the Titans, they will look to keep pressure on the Raiders and the Sharks as they look to secure their first play-off appearance in five years.

Team news: Newcastle’s David Klemmer accepted an early guilty plea at Tuesday’s judiciary for a contrary conduct charge that came from the game against Canterbury last week. Sauaso Sue fills in at prop while Tyson Frizell is back from suspension and starts in the second-row.

Tyrone Peachey is named at stand-off for Gold Coast with Ash Taylor dropping out. Moeaki Fotuaika returns from a knee injury off the bench while captain Kevin Proctor has been named despite a shoulder issue. Mitch Rein is back at hooker and Beau Fermor starts with David Fifita coming off the interchange. Phillip Sami replaces Greg Marzhew on the wing. The NRL predictions for every match in the league are available as ever, with Betting Pro. They have taken a fancy of Newcastle for this particular fixture, but an in-depth look into why can be found over at their site.

The Warriors were a couple of kicks away from turning the battle for eighth place into a four horse race last weekend but in the end they came up short against an inspired Brisbane side. They now need plenty more to go their way if they want to see themselves in finals this year. The Raiders need to at least win both their last two fixtures to have a chance at being included in the play-offs because with an inferior points differential they need a little help from their rivals.

Team news: The Warriors’ Matt Lodge is back from suspension and starts at prop while Wayde Egan again starts at hooker. Sean O’Sullivan is the new man at stand-off with Chanel Harris-Tavita dropping out. 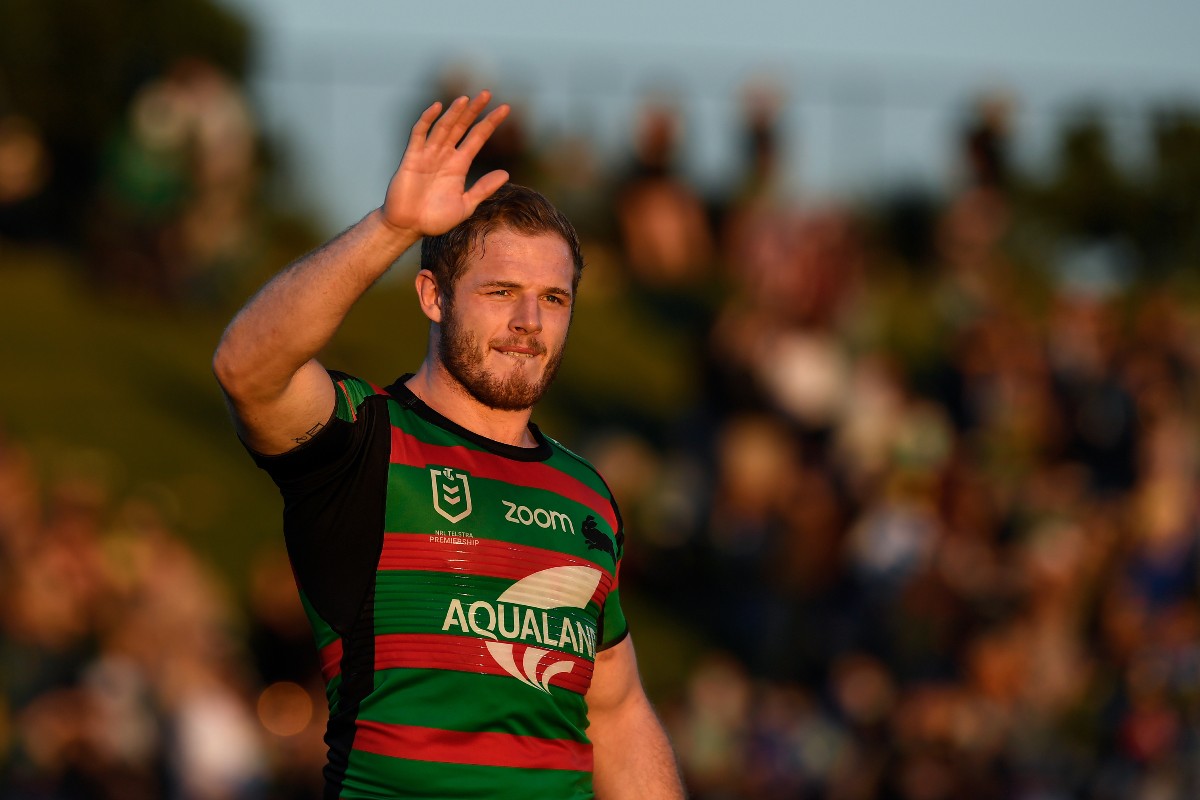 Unquestionably one of the oldest and most fearsome clashes in all rugby league as Sydney and South Sydney add another chapter to their historic rivalry. Both teams are assured of their places in the NRL finals come the end of the season, so it is all about bragging rights and league position. The Rabbitohs had a chance to take sole possession of second last week but lost out to Penrith so you can imagine Wayne Bennett will be expecting a big response here while the Roosters will continue to try and secure fourth place.

Team news: No Adam Keighran and Nat Butcher (both head knocks) for Sydney so Lachlan Lam moves to centre and Egan Butcher starts in the second-row. Brad Abbey is on the wing and will make his first NRL appearance since 2018.

Rabbitohs powerhouse Keaon Koloamatangi misses the next two matches after accepting a ban for a crusher tackle, so Jaydn Su’A fills the void in the second-row. Jaxson Paulo replaces Josh Mansour (knee) on the wing while Tom Burgess is named to start this week. 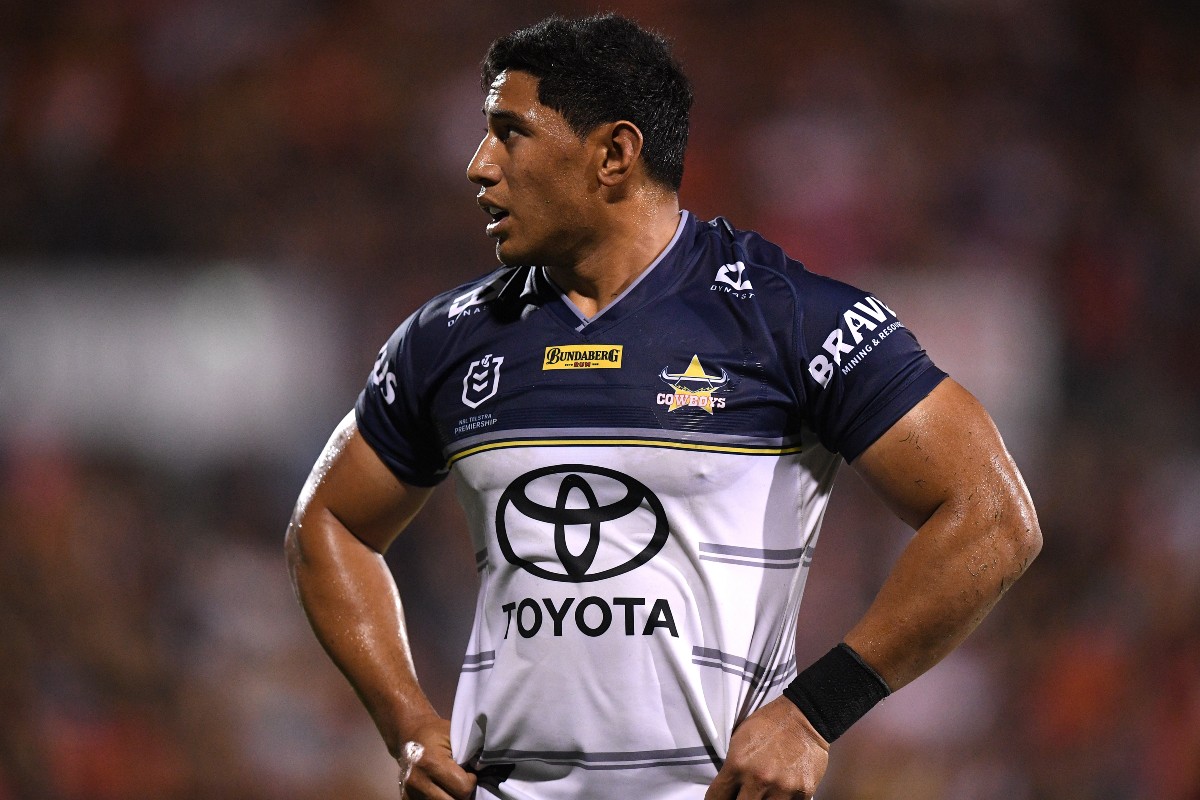 It was only a couple of weeks ago that St George Illawarra were right there in the battle for the top eight but a slide in fortune has now seen them drop back into 12th and two points outside the finals zone. Now, it is still mathematically possible for the Dragons to reach the post season however, they need plenty to go their way even if they did win their last two games. A couple of months ago the Cowboys themselves were right there in contention but a huge drop in form has seen them lose 10 games on the bounce and fall down the table.

Team news: Tyrell Sloan replaces Matt Dufty at full-back for the Dragons and Blake Lawrie returns from a hand injury and starts in the front-row. Jayden Sullivan takes over at hooker.

North Queensland trio Jason Taumalolo, Kyle Feldt and Murray Taulagi are all back in the starting 13. 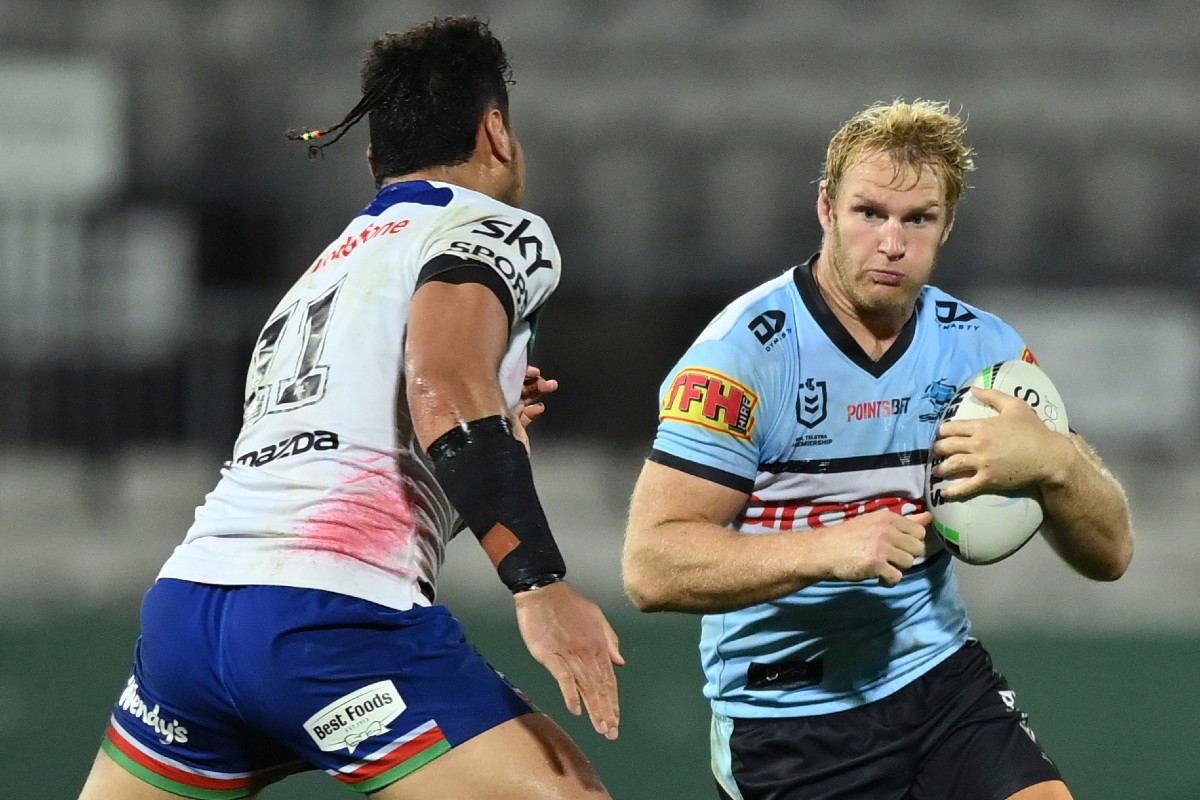 Like Canberra, eighth-placed Cronulla could still miss out on the finals even if they win their last two fixtures as only 14 points separate them and the Titans differential, so the pressure is most certainly on. A win against Brisbane here is by no means guaranteed either as they came away with a hard-fought win over the Warriors last week while the last time these two teams met the Broncos upset the Sharks and came away on top with a 26-18 victory.

Team news: Ronaldo Mulitalo (jaw) has not been named for Cronulla as Mawene Hiroti looks set to start on the wing. Aiden Tolman is back from a one-game suspension and will come off the bench. 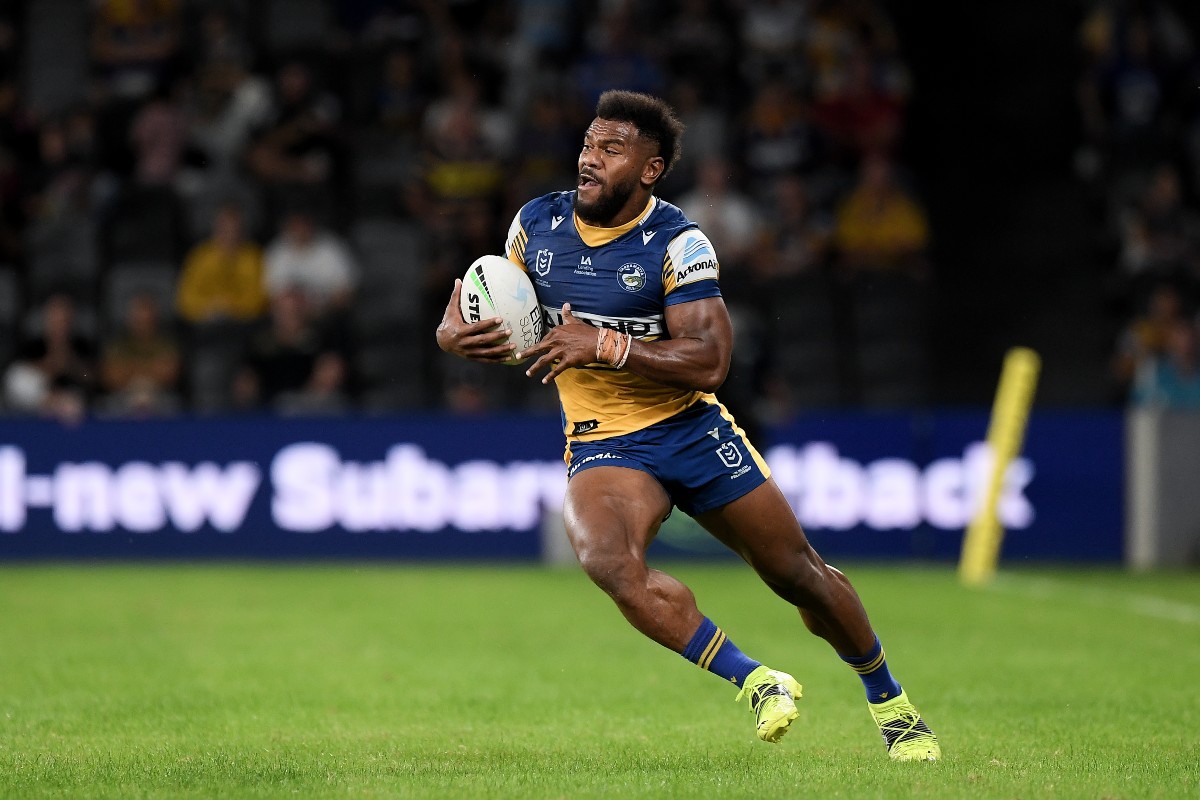 The Melbourne juggernaut just keeps on going as they secured a record equalling 19th win in a row last week after breaking down a tough Gold Coast side. The Storm have only lost two games all year, with one of them coming back in round two against their opponents here. The Eels have endured some rather patchy form as of late as they have dropped from third all the way to sixth to make their route to the Grand Final that much harder. They were able to come away with a morale boosting win against North Queensland a week ago, but this competition requires a huge step up in gears.

Team news: Melbourne duo Brandon Smith and Justin Olam are back in the starting side after being rested last week. Jahrome Hughes and Tui Kamikamica returns form injury while Dean Ieremia replaces George Jennings on the wing.

A huge loss for Parramatta sees Maika Sivo miss the rest of the season with an ACL injury but there is a slight boost as Blake Ferguson (calf) is back and fills the vacant spot on the wing. 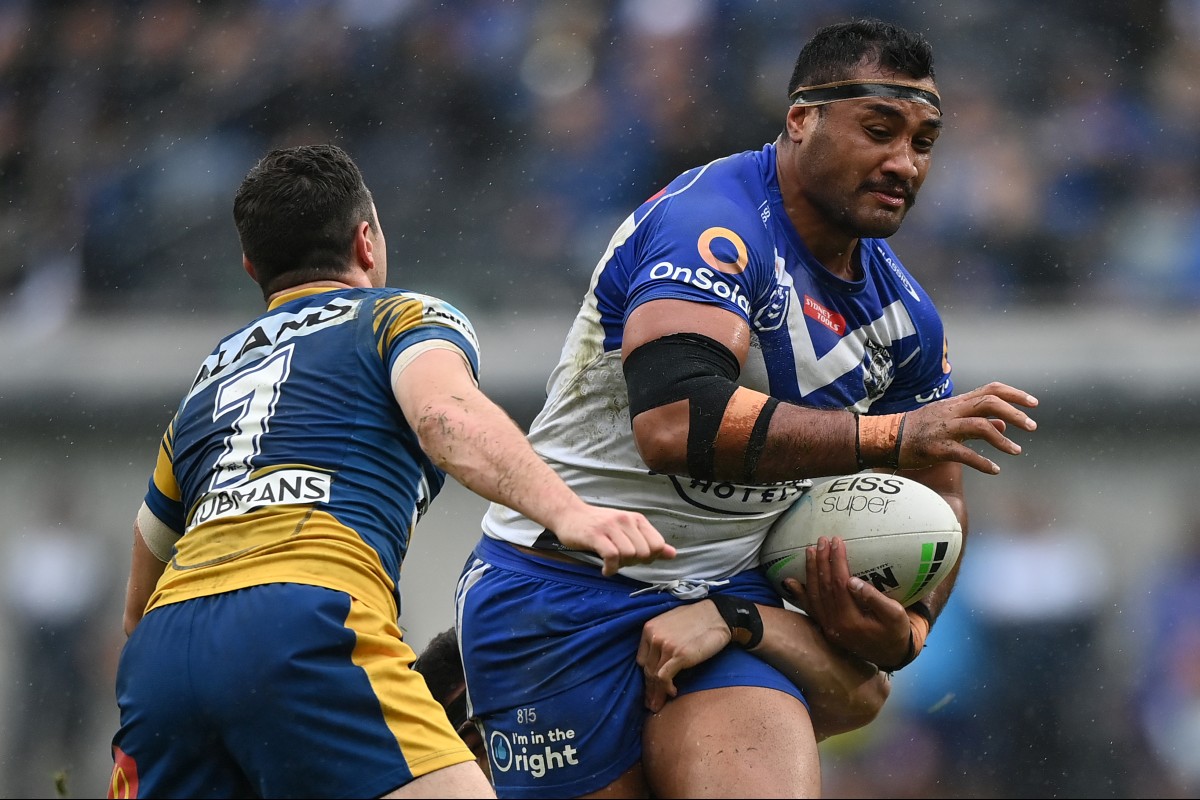 The Sea Eagles remain in the hunt for fourth place, but they will need a win here as well as needing the Roosters to come up short against the Rabbitohs earlier on in the round to take that spot this week. There will be plenty of fond memories for Manly coach Des Hasler to look back on the last time these two sides met as the side completed a 66-0 shutout win against the Bulldogs. It has been one tough for Canterbury and it looks to be all about pride now and finishing the season strong as they are now condemned to bottom place on the ladder for the season.

Team news: Tom Trbojevic is back at starting full-back for Manly after missing last week due to a cheek injury. Brad Parker returns from a one-game suspension at centre and Tevita Funa received a two-game ban for a shoulder charge.

A huge reshuffle for Canterbury as Luke Thompson (suspended), Adam Elliott (stood down), Corey Waddell (suspended), Corey Horsbrough and Ryan James (both recalled by Canberra) all out. Jack Hetherington, Ava Seumanufagai, Matt Doorey, Joe Stimson all come in as replacements. 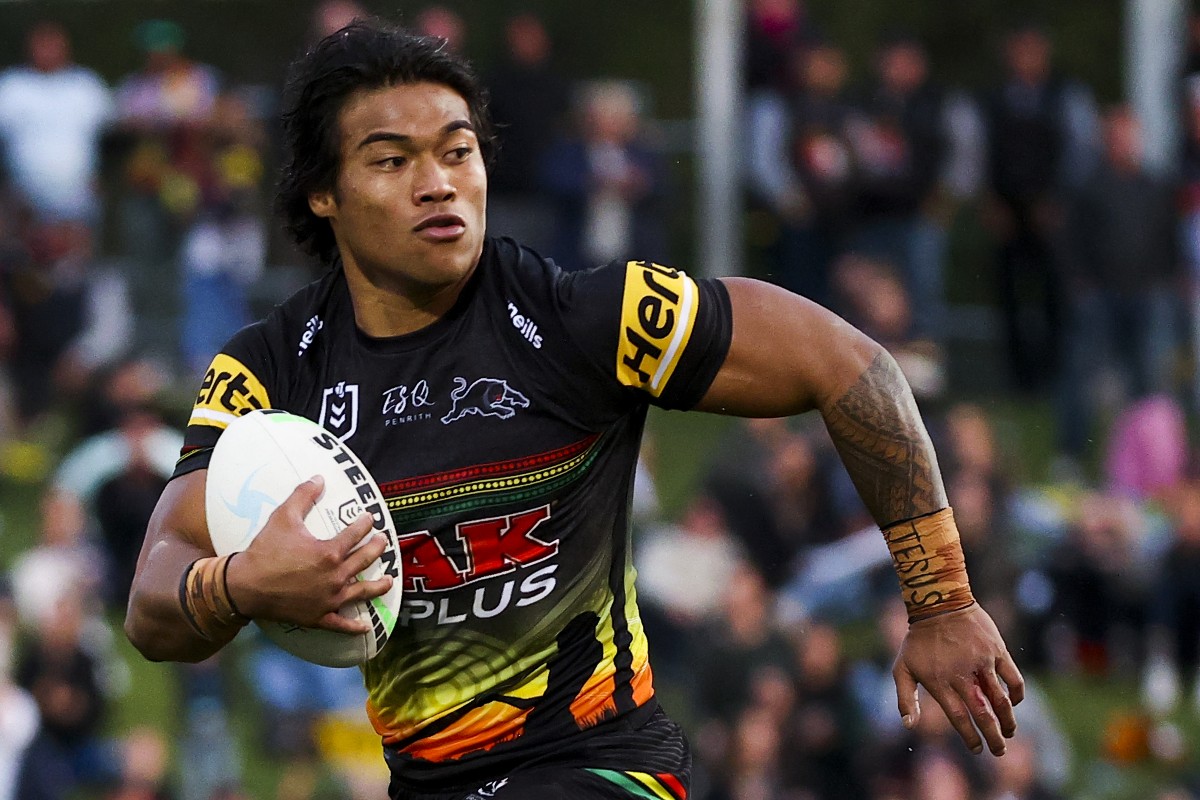 The Panthers performed brilliantly in the second half to come away with an impressive victory against Souths last week. A host of injuries, suspensions and even Origin caused a bit of a drop in form for Penrith earlier in the season but with all their stars back on deck, Ivan Cleary’s now look ready to cause waves throughout the upcoming play-offs. They will now look to secure a firmer grip on second place when they take on a Tigers side looking to end the season on a much surer footing.

Team news: A big reprieve for Penrith as James Fisher-Harris and Brian To’o return from injury while Dylan Edwards will have to pass concussion protocols before taking the field.

A huge loss for the Tigers as Adam Doueihi (knee) misses out with Jock Madden taking his place at five-eighth. Jacob Liddle and Thomas Mikaele are back from one-week bans and will start at hooker and prop retrospectively.

Round four of the NRL Premiership was a cracker. [Read more…] 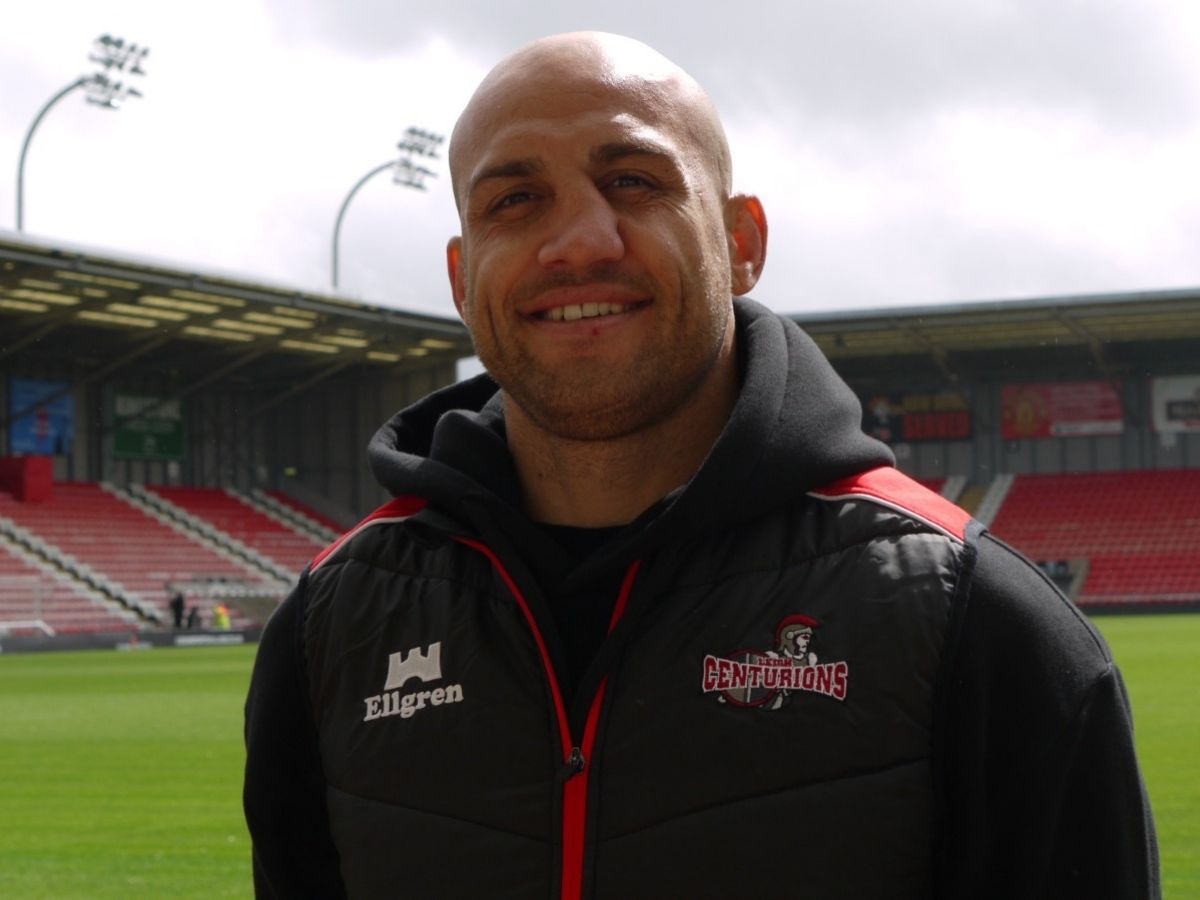