The sixth round of the NRL season is almost here and with that we take a look at each fixture over the course of the next four days.

The first match-up of the week sees two very contrasting teams as the undefeated Penrith go up against a struggling Brisbane side. The red-hot Panthers are the team to beat right now after taking their game to a whole new level, brushing aside all their opponents so far this year and with relative ease for the most part.

They have a great opportunity to extend their win streak here when they face the Broncos who have just the sole win to their name, a victory that came the last time they were at Suncorp Stadium when they beat the Bulldogs 24-0. 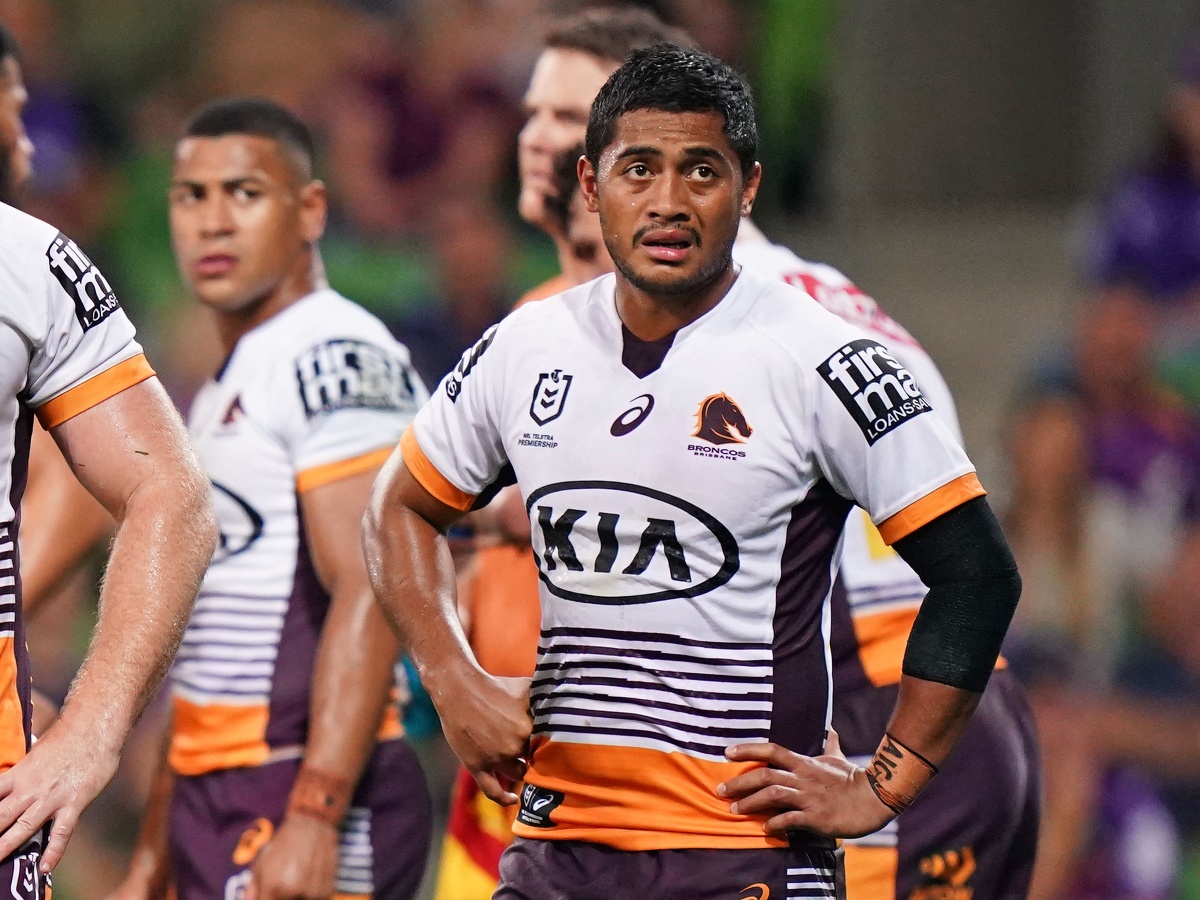 The Panthers name an unchanged squad.

The Knights have found themselves on a string of three straight defeats after the losses to the Tigers, the Dragons, and the Titans last week with Macdonald Jones Stadium proving not to be a happy hunting ground thus far.

They have the opportunity to end that streak here as it has been a tumultuous couple of days for Cronulla with coach Josh Morris no longer in charge after the announcement of Craig Fitzgibbon who is set to take over from 2022.

For the rest of the year interim coach Josh Hannay will take the helm and if the Sharks can produce the kind of performance they did in the first half against the Roosters last week, then the win is still there for the taking.

A blow for Cronulla sees captain Wade Graham and Josh Dugan miss out after failed HIAs. Connor Tracey moves to centre while Briton Nikora’s return fills the void in the second row.

As games go, it usually does not get more exciting then seeing two of the most dominant teams over the last decade do battle. Over the last couple of seasons this fixture has produced some absolute thrillers with Melbourne earning bragging rights in 2020 after winning both contests.

Both teams are in great form and have won four from five this year which gives plenty of indication that this again could come down to the wire. Both teams have a plethora of star talent on show and the clash between fullbacks Ryan Papenhuyzen and James Tedesco will be one to watch.

No Freddy Lussick for Sydney means Ben Marschke slots in at hooker while Lindsay Collins is back in the front row. Adam Keighran is the new man on the interchange.

The Sea Eagles ended their win drought last week after a closely fought 13-12 win over the Warriors, but a tougher fixture awaits this week as they face a Gold Coast side that looks more exciting as each week passes.

The Titans ran in eight tries against Newcastle in round five and now sit with three wins so far this year, a stark contrast to last season when they only had a sole win to their name at this same point. 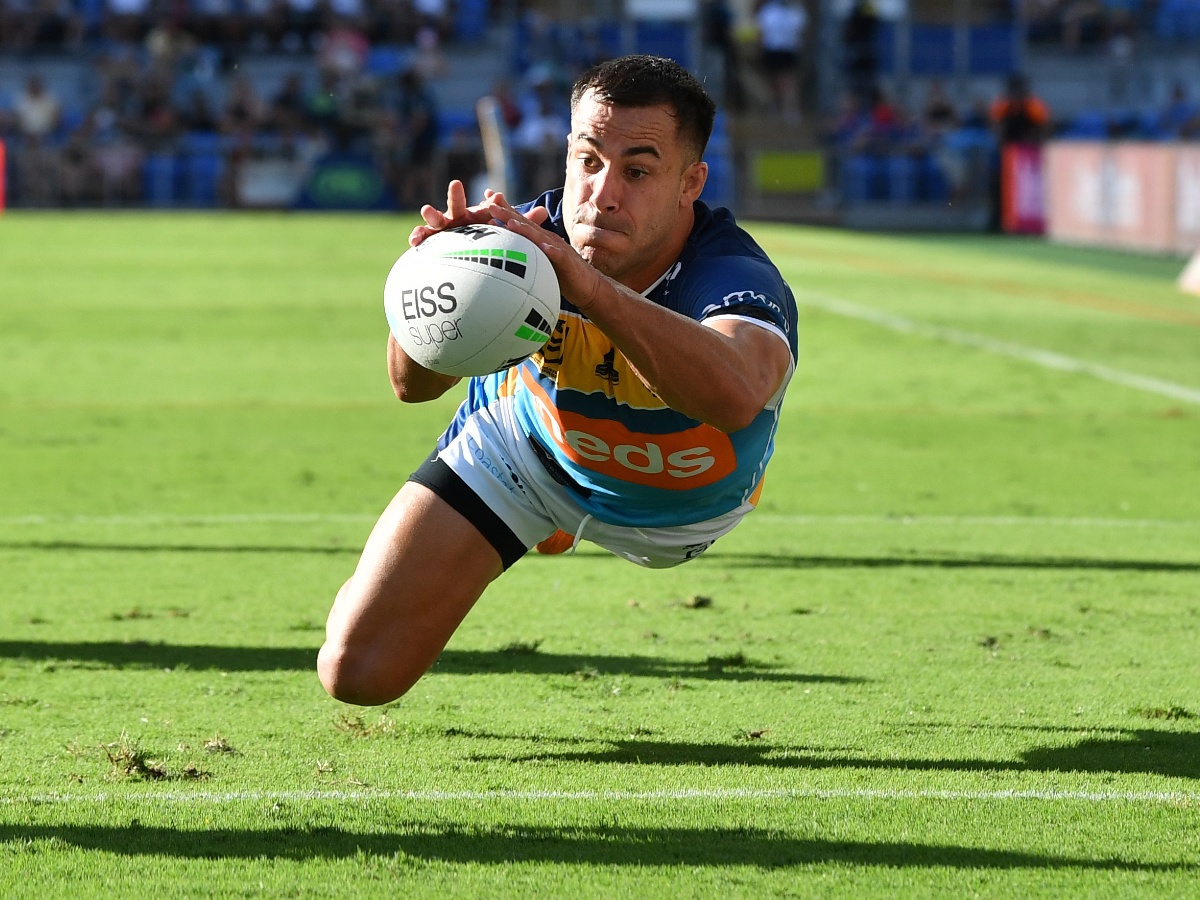 Team news: A massive boost for Manly sees Tom Trbojevic make his long-awaited return to slot in at fullback. Haumole Olakau’atu is back in the second row while Cade Cust is back from a virus and is named on the bench.

No changes for Gold Coast with the only concern being Phillip Sami who will have to go through HIA protocols before taking the field.

The Rabbitohs are another team in sparkling form right now as they come into this on the back of four consecutive wins. Their elite attack has been spearheaded by the likes of Latrell Mitchell who continues to star in the fullback role and after round five sits joint first in Dally M votes. The Tigers on the otherhand sit 13th on the ladder and have struggled to stop their opponents from putting up points so they will certainly need to improve in that aspect when they come up against the league’s second hottest offence.

Team news: Cody Walker is back for the Rabbitohs and starts at stand-off with Benji Marshall moving back to the bench.

Jake Simpkin starts at hooker for the Tigers while Asu Kepaoa moves to centre with Joey Leilua making way. Steafno Utoikamanu is set to start at prop and Zane Musgrove moves to the interchange.

Both teams will be looking for redemption here with Canberra being outdone by Penrith last week while Parramatta slipped to their first defeat of the year against St. George Illawarra. The Raiders’ usually reliant defence has question marks hanging over it so far this year after giving up 60 points in three games but even with that they still look a dangerous side this season while the Eels continue to establish themselves amongst the top four teams even with the loss to the Dragons. Despite the recent slip ups  for both sides though this fixture still possesses plenty of star power and one surely not to miss.

Team news: Fullback Charnze Nicholl-Kolkstad misses out for Canberra, so Caleb Aekins has been called up to take the number one spot. Curtis Scott is back from injury at centre. Sebastian Kris moves to the extended bench outside the main 17.

Dylan Brown’s one-game suspension means Will Smith is the new man at five-eighth for Parramatta. After missing last three games due to concussion, Ryan Matterson returns to the back row.

The Dragons are now one of the most in form teams in the competition, winning their last four after a victory over a tough Parramatta side. Even with the shaky start to the season, it looks like new coach Anthony Griffin has St. George Illawarra heading in the right direction as they sit fourth on the ladder. The Warriors meanwhile suffered a heartbreaking one-point loss to Manly last time out and will certainly be looking to make amends very quickly.

Team news: No changes for the Dragons but new recruit Josh McGuire has been named on the extended bench.

David Fusitu’a (hamstring) sits out for the Warriors with Peta Hiku recalled to take the vacant wing spot. Josh Curran starts in the second row as Eliesa Katoa drops out.

The Cowboys finally gave their season some life after claiming their first win of the year last week after a win over the Tigers. They now make their way back to Townsville with plenty of confidence as they come up against a Canterbury side struggling to put points on the board. Before the loss to Melbourne the Bulldogs failed to score in their last three outings as new coach Trent Barrett looks to find some cohesion amongst his side.

However, the Doggies were still able to put up three tries in the heavy loss to Melbourne and if they can start strongly here and find some confidence then that first victory of the year is there for the taking.

Team news: Jason Taumalolo (hand) has been named to return for the Cowboys at loose forward. Justin O’Neil is back at centre with Hamiso Tabuai-Fidow (ankle) dropping out. Connolly Lemuelu has been named despite a shoulder issue.

No Josh Jackson (calf) for Canterbury so Luke Thompson moves to loose forward.