There are only four rounds of the NRL remaining and there is everything to play for.

The Sea Eagles’ top four hopes took a dent last week as Des Hasler’s men came up short against the Warriors. With only four games to go, the Northern Beaches side have no time to dwell and it is going to be interesting to see how they respond against a Tigers side that is chasing a top eight spot. The door is certainly open for Manly to take this one and they will need to take advantage of a team that has lost Robbie Farah and Moses Mbye to injuries. The Tigers still have both Benji Marshall and Luke Brooks to make things happen from a playmaking standpoint but it is going to prove a difficult task against a strong Manly pack that are third in line breaks and fifth in metres gained this year.

Team news: There is a question mark over Daly Cherry-Evans who played through an ankle injury last week. Brad Parker [knee] and Curtis Sironen [hamstring] are replaced by Brendan Elliot and Jack Gosiewski for Manly.

Robbie Farah’s fractured tibia could spell the unfortunate end to the hooker’s career, with Jacob Liddle taking his place. There is a NRL debut for Tommy Talau who comes in for Moses Mbye. 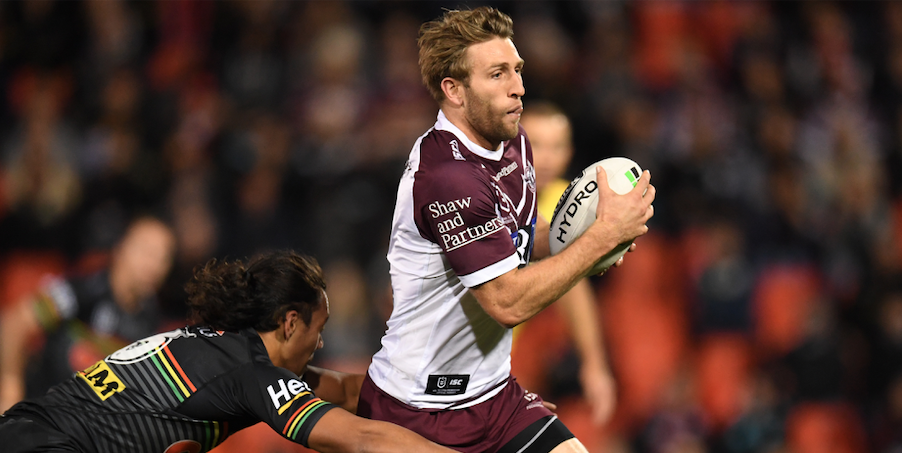 The opportunity for Parramatta to keep within the top four is still alive and well after beating Newcastle last weekend. The Eels are in sixth place, level on points with Manly and only two adrift of the Rabbitohs in fourth and they have the perfect chance to put pressure on both teams as they face a down heartened Gold Coast side that is staring at seven straight defeats.

It is all about finishing strong now for the Titans as a defeat to St George Illawarra Dragons all but assured a last place finish. The ability to rack up plenty of points has been a problem all season for the lowly Titans, so a resolute defence will be pinnacle here. The Eels though have plenty of weaponry as Mitchell Moses leads the league in try assists and are they are the third-placed team in metres gained.

Team news: Only one change for Gold Coast sees Michael Gordon make his return on the bench.

A big plus for Parramatta sees Kane Evans come back in at prop in the Eels only named changed. Still no Blake Ferguson [knee].

In terms of a place in the NRL finals, this match has big implications as both Brisbane and Penrith can cement their stance in the top eight with a win here. The Broncos kept their place in eighth after a narrow victory over North Queensland, while Penrith shook off back-to-back losses with a big win over Cronulla to stay in seventh and one point ahead of Brisbane. Despite the win, it was not the best performance last week from Anthony Seibold’s men but they showed plenty of fighting mentality to overcome the Cowboys last weekend and will need that same fight here if they want to keep the half-back combination of Nathan Cleary and James Maloney at bay.

There is a huge boost for Penrith who have James Maloney back from suspension and Isaah Yeo has been selected to start. 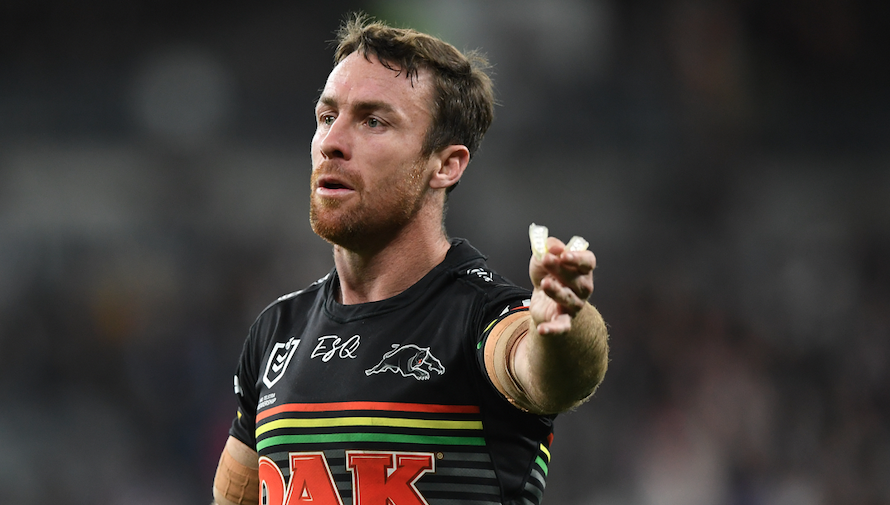 It is fair to say it has been a disappointing season for both Newcastle and North Queensland as they sit 12th and 13th on the ladder. The Cowboys have dealt with a good selection of injuries this season but still have a great deal of talent at their disposable, with Jason Taumalolo always proving to be a constant threat but need to be more assured of themselves defensively. The Knights have a small hope of making the Finals if results go their way but backing up star man Kalyn Ponga will be crucial and Knights fans will hope Mitchell Pearce can find a better connection with the likes of Connor Watson and Mason Lino.

Both Jordan McLean and Jordan Kahu are back from their respective injuries for North Queensland. 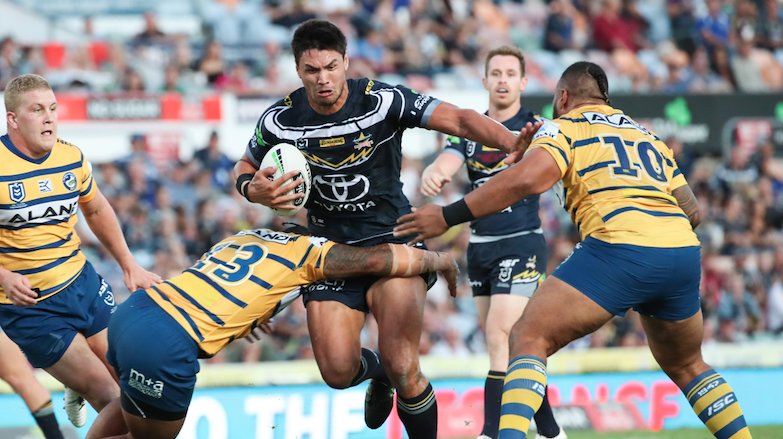 The second game on Saturday has the potential to be the game of the round and will have big implications on the top four race. The Raiders may have lost out to the Roosters last week but they still put forth a tough and gutsy display, remaining third on the ladder but level on points with Sydney. The talent is there but the question remains now as to whether Canberra can beat the the bigger teams around them on a more consistent basis and a taking a big scalp in table toppers Melbourne will go a long way in them being seen as a potential Grand Final team this year.

There will be plenty of Origin stars on show and the battle between Cameron Smith and Josh Hodgson at dummy half promises to be one you do not want to miss.

Team news: Melbourne welcome back Jahrome Hughes at full-back in the only noteworthy move for the Storm.

The return of Jordan Leilua [neck] is a big positive for the Raiders at centre. 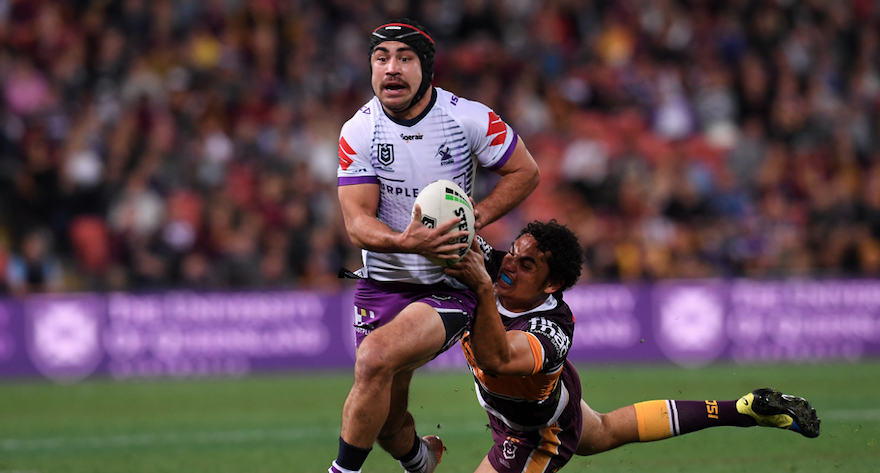 In what would normally have been seen as a walkover for the Rabbitohs in the earlier part of the season is now considered a test for Wayne Bennett’s men who have struggled in the last few weeks. The Bulldogs may sit in 15th place but have shown on occasions this season that they can trouble the higher ranked teams, with a comeback win over the Tigers last week a case in point.

Since the end of the Origin period, we have certainly not seen the same Souths side that we have been accustomed to and if they want to survive within the NRL finals then the emphasis once again will be on a strong defence to plug up the points that have plagued them over the last few rounds.

Team news: The Rabbitohs will take a big boost from the fact that Sam Burgess returns to the starting side while Jaydn Su’A moves to the second-row. Braidon Burns [hamstring] is back in at centre.

The Bulldogs name the same 17, with Keiran Foran still looking to make his comeback from an extended injury lay-off. 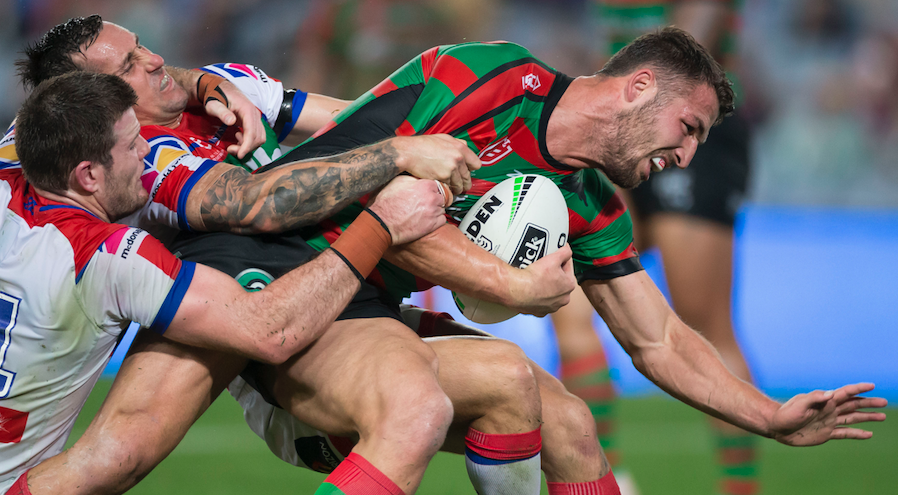 The Warriors may have been able to knock over a red hot Manly last week but their push for the top eight does not get any easier as they face the Roosters. If Stephen Kearney’s side want to sneak their way into the top eight then not only do results have to go their way, but they also need to go toe-to-toe with a side that has showed no glimmer of mercy in the last few weeks.

They may be two teams separated by a few places on the ladder but this match-up gives us a treat with the battle between full-backs James Tedesco and Roger Tuivasa-Sheck, promising to be one to keep an eye on. If the Chooks get ahead first then it could be long day for the Warriors, who need every ounce of creativity and flair from Tuivasa-Sheck, Blake Green, Ken Maumalo and Chanel Harris-Tavita.

Team news: Boyd Cordoner could return for Sydney as he named amongst the reserves.

The Warriors look to monitor Kodi Nikorima [ankle] who has been named in the reserves after sitting out last week. 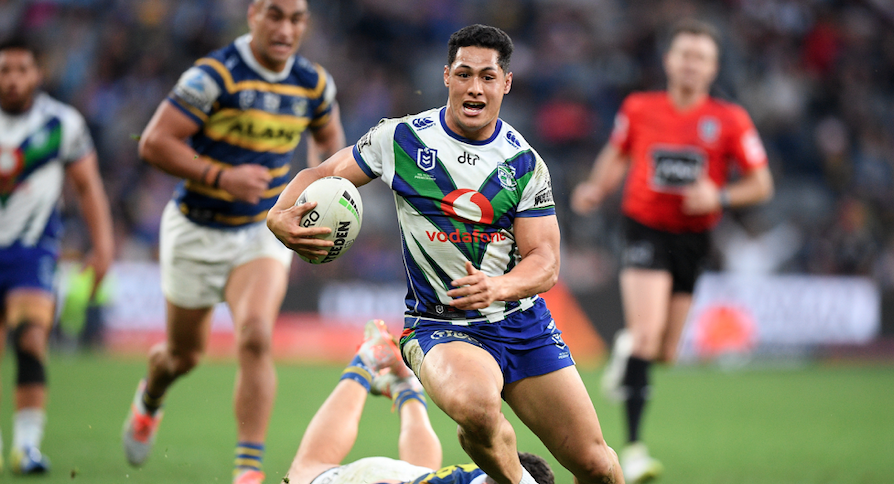 The Sharks showed exactly what they are capable of with a dominant win over South Sydney two weeks ago but were brought down to earth with narrow loss to Penrith last week. The 2016 champions were at one point considered dark horses this season but now see themselves in a dogfight to even make the finals after a run of hot and cold form.

The Dragons will no doubt be full of confidence after putting up over 40 points against Gold Coast last week but will be weary that they still conceded five tries, whereas the Sharks need to get back to the way they played against Souths.

Team news: Matt Moylan [concussion] is back at full-back for the Sharks while Billy Magoulias comes in for Andrew Fifta [knee].

The Dragons bring in Luciano Leilua for the injured Tariq Sims. 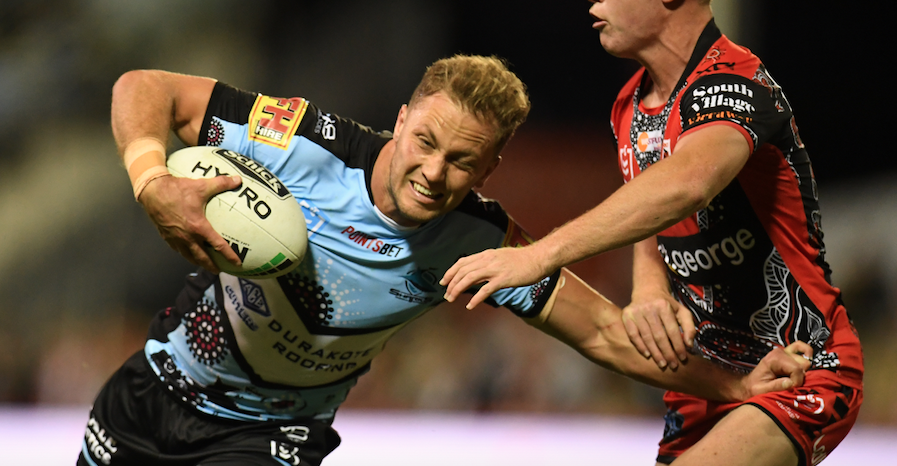 Off the Record: Rugby League Rumours and Gossip #176