The attention turns back to the NRL after New South Wales claimed a 2-1 series victory over Queensland in State of Origin.

After a poor opening stint to the season, Penrith now find themselves as one of the league’s most in form teams after five consecutive wins. The Panthers are right within the mix for a spot in NRL finals rugby, sitting on 16 points and are just two adrift of that all important eighth place. They now face Gold Coast who are joint bottom on 10 points, with their season pretty much hanging by the thinnest of threads. We have seen the good and bad from the Titans this season and the likes of Tyrone Roberts and AJ Brimson need to be at their creative best.

Team news: Blues half-backs Nathan Cleary (ankle) and James Maloney (Origin commitments) will face late fitness tests before a final decision is made on whether they play.

The Titans see Dale Coply come back in at centre, while Jarrod Wallace moves to loose forward and Jack Stockwell is elevated to the starting prop position. 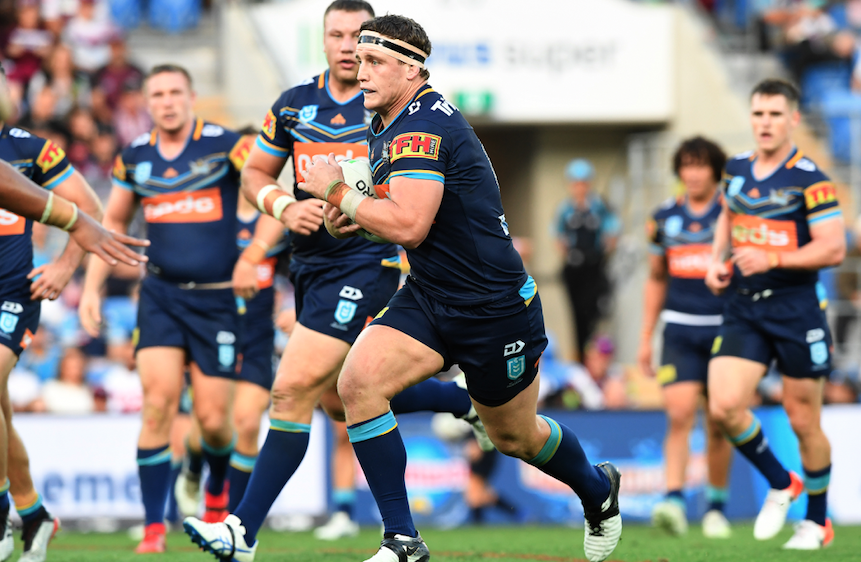 Last week, Newcastle had the chance to put pressure on their top four rivals with a win over the Warriors but succumbed to defeat in an enthralling contest. The Knights have no need to panic though as they remain in prime spot for a top four place and can take some comfort in the fact they now come up against bottom of the league Canterbury. They cannot take it too easy though as the Bulldogs showed they should not be taken too lightly when they were able to beat Cronulla recently.

Team news: The Knights quartet of David Klemmer, Tim Glasby, Daniel Saifiti and Mitchell Pearce are another set of players who will have their fitness’ monitored after game three of Origin. Lachlan Fitzgibbon is out with an elbow injury, with Sione Mata’utia set to replace him.

The hamstring injury to Keiran Foran is a disappointing loss for the Bulldogs which brings in Brandon Wakeham for only his second game of the season. 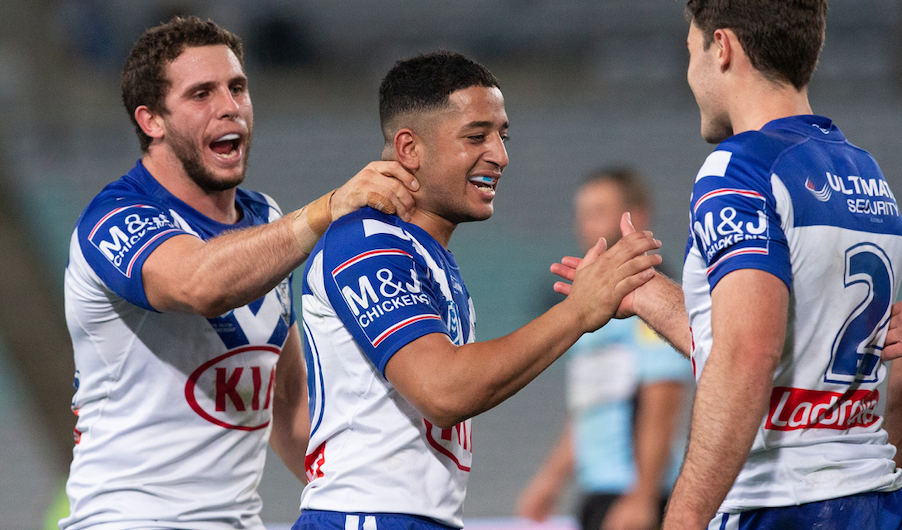 The Origin period has not been kind to the Bunnies and they have seen significant injuries on top of this. Souths need to get back to that hot from earlier in the season. However, it is not going to come easy as they face a Manly side who have Tom Trbojevic and Daly Cherry-Evans back to their best after injury setbacks. The Rabbitohs need to find a way of getting better connections in attack while also building a game around that dominant forward pack once again. The Sea Eagles also boast a similarly tough forward line and are undoubtedly set to take it to South Sydney forwards.

Team news: Sam Burgess could make a surprising return from a shoulder injury for Souths. It is also another case of last minute decisions as Damien Cook, Cameron Murray, Ethan Lowe and Dane Gagai look to make their returns from Origin. Junior Tatola will replace George Burgess (suspension) and Jaydn Su’A is set to make his debut.

The Trbojevic brothers and Cherry-Evans have all been named to start by Manly but could still be used as back up options if needs be after coming back from Origin. 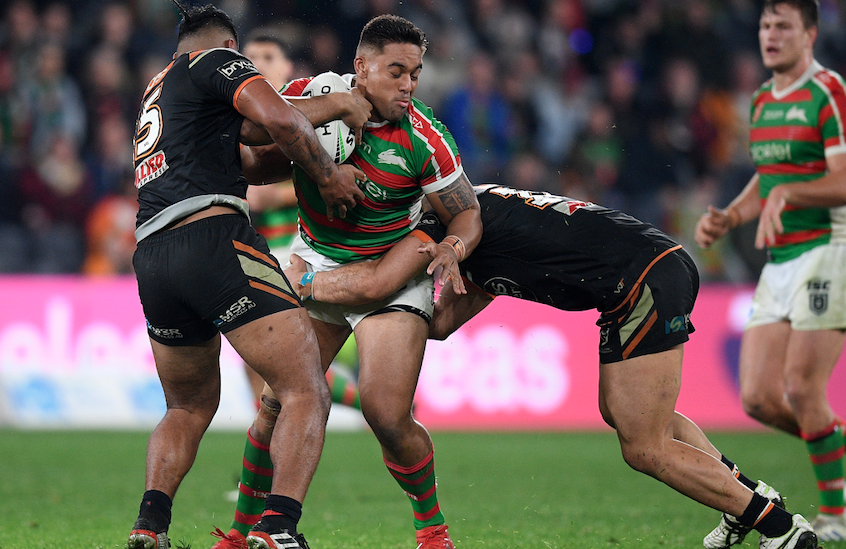 The Broncos still have the tiniest of hopes of play-off rugby after a surprising win over Cronulla last week and now face the Warriors who are in a similar boat. They are two of four clubs level on 14 points and two points off eighth, so overall this remains a crucial game for both parties. There will be some comfort for Brisbane coach Anthony Seibold if he is able to welcome back all his Origin stars alongside the fact that the Broncos came home with the spoils last time out. If either team wants to come away with the spoils and push for finals rugby, then it is a question of determination and commitment to the cause, something that has been missing on some occasions this season.

Team news: Anthony Milford returns from a knee injury for Brisbane and will play at full-back, while Darius Boyd moves to stand-off. Youngsters Xavier Coates and Herbie Farnworth retain their places and Jake Turpin moves to scrum-half. The Broncos may have fitness issues with Corey Oates, David Fifta and Joe Ofahengaue returning from Queensland duty.

Peter Hiku looks to start for the Warriors after going through concussion protocol and Chanel Harris-Tavita makes his return to the bench. Issac Luke starts and replaces Kyle Lawton at hooker. 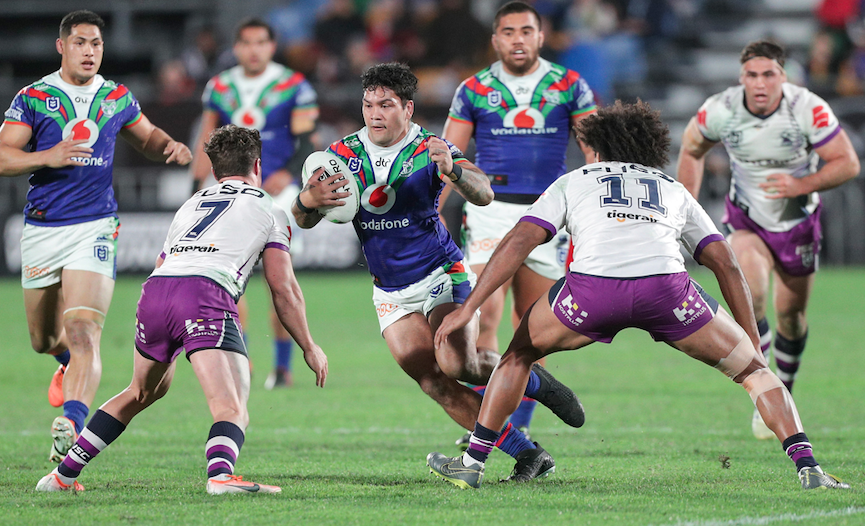 The Storm came away with a dramatic win against the Dragons last week without several players due to Origin. There will be fingers crossed that all six Origin representatives make their return as this game itself will see one of the game’s greatest ever players in Cameron Smith play his 400th NRL game – a player some regard as the greatest ever and he will once again be one of the key figures for Melbourne here as they face the Sharks, who are lacking a little confidence after a couple of surprising losses. The key for the Sharks lies with whether Shaun Johnson and Chad Townsend can find that chemistry in the halves.

The Cowboys are one of the teams on 14 points and need the biggest of runs if they want to see themselves contending in the post season and with the Origin period over, they will be hoping this will bring some new life to the team. There is no question that Trent Robinson’s side contain some of the best attacking talent in the world of rugby league but it will be a question of having a better defensive mindset in this one, while hoping Latrell Mitchell and Luke Keary can continue their recent form.

Team news: Blues duo James Tedesco and Boyd Cordoner will both be given a rest by the Roosters. Jake Friend is named to start at hooker and Victor Radley switches back to lock. Sio Siua Taukeiaho returns from concussion.

North Queensland’s Micheal Morgan may miss out after picking up a knock to the head during the game against New South Wales, while Josh McGuire faces a late fitness check. Matt Scott makes his return from the bench.

This again could be a match up that proves pivotal to both teams as they sit right in the thick of of the table, looking to cement a top eight spot. The Eels remain in seventh, clinging to the position by nothing more than a win while the Tigers sit in ninth and look to knock on the post season door. It is incredible to think that although Parramatta sit in seventh place, they still remain only two points behind fourth. It just shows the competitiveness of the NRL this season. This is a big derby that has big implications.

Team news: Maroons’ Moses Mbye has been named at centre but the Tigers have Paul Momirovski on standby.

There are not many changes for the Eels either with Blues winger Blake Ferguson being on a game-time decision and Marata Niukore comes in for Peni Terepo (suspended). 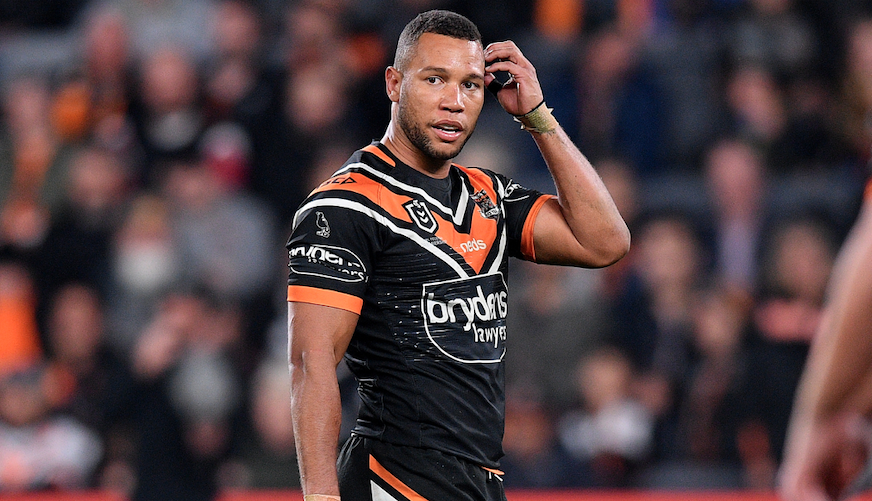 The Dragons could not take advantage of a depleted Melbourne side last week but still remain two points behind eighth place even with a drop in form. The Rabbitohs’ slump in form means that Canberra are still right up there to take a top four spot. The Raiders have Josh Hodgson to look to at dummy half for his expert kicking game and build-up play to get them on the front foot. He can help the Raiders bring back the form we saw at the start of the season. The Dragons, however, need their returning representative stars to kickstart a big run to end the regular season.

Team news: A surprising call sees James Graham named as a reserve after recovering well from a broken leg. Even though it will not be as quick a turnaround, the Dragons are still seemingly set to monitor representative quartet of Ben Hunt, Corey Norman, Tyson Frizell and Paul Vaughan.

The Raiders may see the impending return of Nick Cotric, while Jack Wighton and Josh Papalii are Origin returnees. 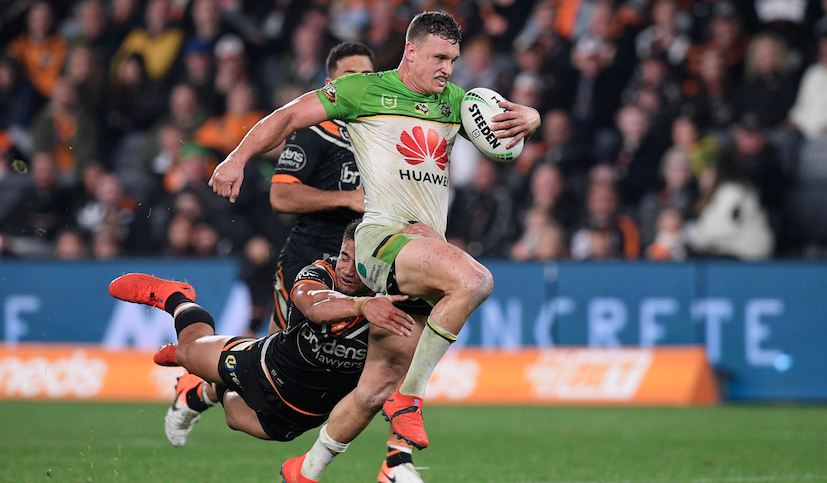