If you were expecting fireworks or any form drama in the Chooks’ Grand Final replay against Melbourne on Good Friday, you were not disappointed. The Roosters’ fan favourite Latrell Mitchell broke the hearts of Melbourne fans with a golden point winning drop-goal and reminded everyone that the road to NRL glory may run through the New South Wales side.

The Roosters next face St George Illawarra in the first fixture of round seven. It will take a brave soul to take the Dragons with this one, despite coming off the back of four straight wins. But if anything is to be learned by the last few rounds, then the Dragons will no doubt give it their best shot.

Team news: The Roosters are without the influential Luke Keary at number six as he recovers from a concussion, with Latrell Mitchell coming in from the centres to take his place. Joseph Manu partners Mitch Aubusson in the centres, while Jake Friend returns at hooker, with Victor Radley moving to loose forward.

Dragons coach Paul McGregor will take good comfort in the fact he is able to name the same 17 from last week as his side look to continue their winning ways. 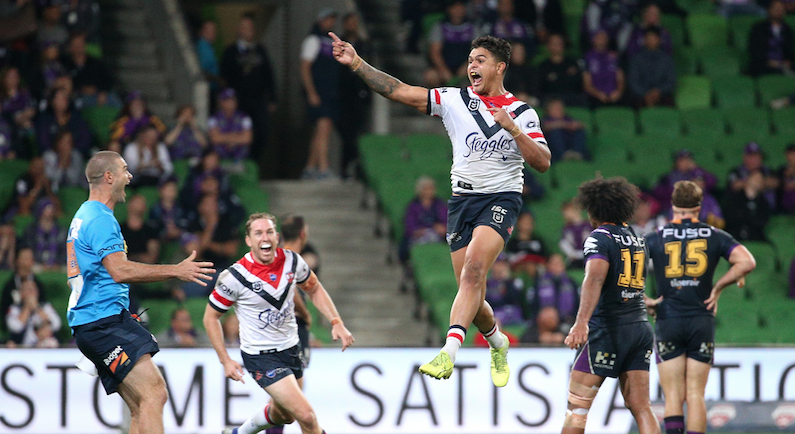 The pressure is now on for Penrith coach Ivan Cleary and his men as last week’s loss to Cronulla means that the Panthers have only won two out of their first six, sitting 12th in the league and are a far cry from what most experts were predicting.

This will not exactly be the easiest of tasks here either if they want to kick on and start pushing into the top eight as they face South Sydney in round seven. The Rabbitohs have found their struggles as of late but have fought and powered their ways to wins over the likes of Canterbury and the New Zealand Warriors to win five out of their first six games.

Team news: A notable change for the Panthers sees Caleb Aekins named at full-back, with Dallin Watene-Zelezniak moving to centre due to injury loss of Dean Whare. Rabbitohs coach Wayne Bennett has retained the same 17 as last week but maintains that he may switch George Burgess and Junior Tatola as he has done previously. 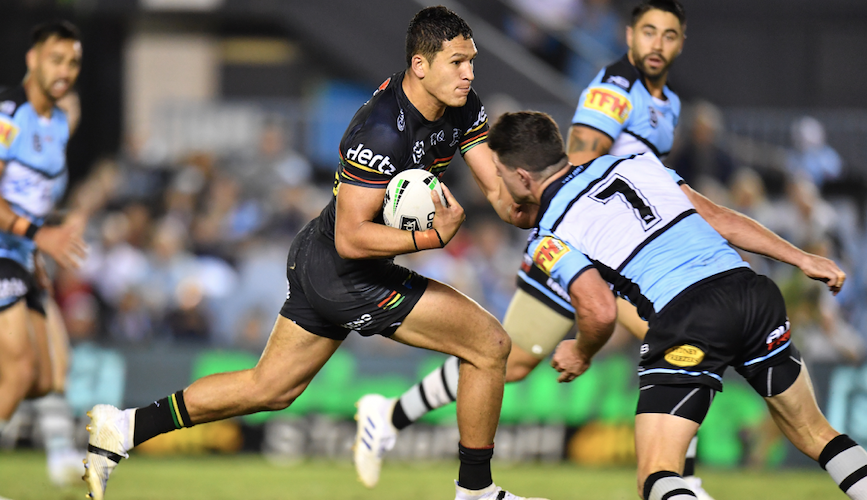 The Raiders have most definitely shown what a difference a year can make. This time last season, they found themselves struggling for contention but now sit right in the mix with five wins from their first six games. The England quartet of Josh Hodgson, John Bateman, Elliott Whitehead and Ryan Sutton have impressed and have more than given the Raiders fans something to shout about this season.

Even without the likes of Tom ‘Turbo’ Trbojevic in the squad, the Sea Eagles have found an extra bit of form despite luck not being on their side in terms of coming away with points. A noteworthy clash will be Manly’s Jake Trojevic against Canberra’s Curtis Sironen.

Team news: The Sea Eagles name the exact same 17 that narrowly lost to the Dragons. Meanwhile, Charnze Nicoll-Klokstad is selected to start for the Raiders, with the only other changes for a red-hot Canberra side being Emre Guler and Jack Murchie coming on to the bench.

If there was ever a game that Melbourne felt like they wanted to win this season, it would have been the Roosters. Despite a nail biting loss, the Victoria-based side started off slow but once again showed the sheer quality they possess by forcing overtime in the first place.

But that is in the past now and the Storm will know that now is the time to get right back to it. They have proved they are still one of the league’s most dominant sides as they now face the Warriors, who with Roger Tuivasa-Sheck at the helm, can play great attacking rugby with the best of them but have remained at times very inconsistent in defence. Another test awaits the Warriors as Melbourne certainly will not be the happiest of bunches.

Team news: Not a single change to the Melbourne side that succumbed to a gut-wrenching loss against the Roosters. NZ Warriors coach Stephen Kearney will be given a huge boost with Blake Green named to start while Peta Hiku comes in at centre.

Well, North Queensland eventually found a winning formula over the Easter weekend as they kept the Warriors at bay. The Cowboys will be hoping to see this as a good omen as they have endured a torrid campaign thus far, despite coming into the season with decent expectations.

They now face a Canterbury side that despite the lack of wins and unavailability of an impactful figure in Keiran Foran, they have undoubtedly made a go of it as of late and have given South Sydney and Melbourne a run for their money. The Bulldogs may remain at the bottom of the ladder, but they remain a competitive team on their day.

Team news: Loose forward Rhyse Martin is named in the starting 13 but it remains to be seen whether coach Dean Kay opts to change it up once again and bring in Adam Elliott. Now, surprisingly Cowboys’ wrecking ball Jason Taumalolo is named on the reserves earlier than anticipated but despite this, coach Paul Green goes with the same 17 that beat the Warriors.

The Titans have not had the best of look in the injury department in 2019. A more than convincing win over Newcastle was slightly overshadowed as skipper Ryan James hobbled off in what has now been confirmed as a season-ending ACL injury. The news is a big blow to the Titans but the question now remains as to whether they can build on back-to-back wins, despite the loss of James’ presence. There will be comfort in the fact that new skipper Tyrone Roberts has been in exceptional form as of late and they will need him to step up to the plate again here.

What can you say about the Tigers though? After starting the season so well, they have struggled to kick on from this and they will need the likes of Robbie Farah and Luke Brooks to be firing on all cylinders.

Team news: Benji Marshall still remains out for the Tigers, while both Robbie Farah and Luke Garner have interestingly both been named, despite coming off with concussion issues in their loss to the Eels. James is out for the Titans but Kevin Proctor could be set to return from a quad injury he suffered in the warm-up to last week. 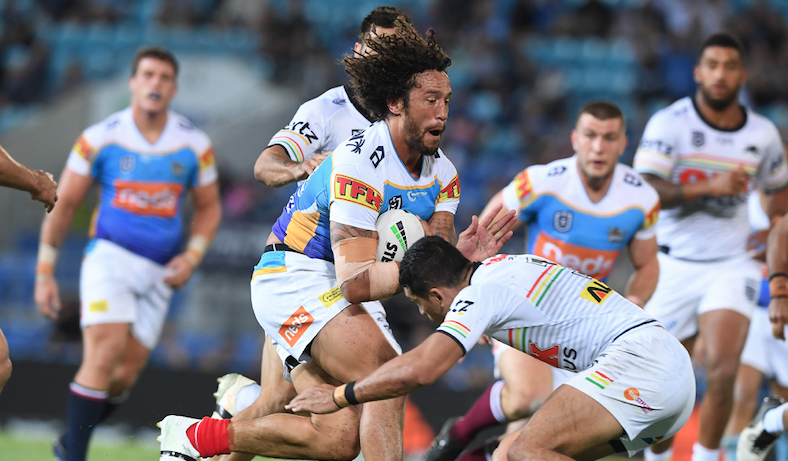 The Broncos have now made their worst start since 1999, despite many tipping them to go well this season. Over the course of six games, they are averaging around three tries and with such a creative and attacking backline, it has certainly had a few of us scratching our heads. It is an issue that Anthony Seibold is going to have to keep addressing as his side are on the cusp of missing out of the finals.

The Sharks, however, have endured some mild success so far this season and will be full of confidence following their impressive comeback win over Penrith last weekend.

Team news: A slight bit of reshuffling for Brisbane sees the return of James Roberts at centre while powerhouse forward Tevita Pangai Junior makes a return form suspension. The Sharks, meanwhile, bring in Scott Sorensen as the young and exceptionally talented Briton Nikora (suspension) misses out. 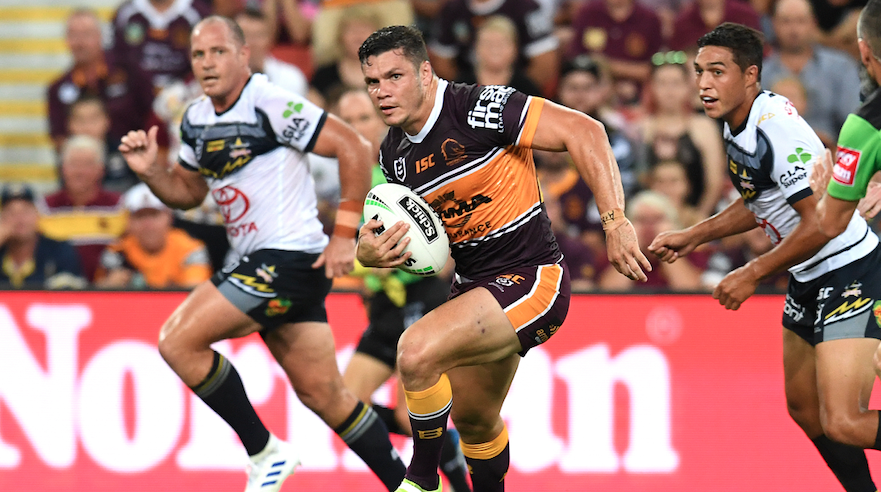 If the pressure is on Ivan Cleary and Penrith, then the same can definitely be said for Nathan Brown and his Newcastle side as they fell to another defeat over the weekend. The Kalyn Ponga five-eighth experiment failed to materialise, so there will certainly be more watchful eyes on the Knights and Brown over the next couple of weeks.

If anyone thought things were going to be difficult for Parramatta this season, then they were sorely mistaken as they have been one of the most surprising entities so far. A rejuvenated Mitchell Moses and an influential Blake Ferguson have seemingly revitalised an Eels side that are undoubtedly pushing for an NRL finals spot as they sit fifth in the league.

Team news: Knights coach Nathan Brown has named the exact same 17 that lost out to Gold Coast, meaning Connor Watson stays in at stand-off, while Mason Lino stays amongst the reserves.

The Eels will certainly be bolstered by the impending return of Ferguson, who missed out last week due to rib issues. A change to the starting 13 sees Tepai Moeroa come in at loose forward for Parramatta as well. 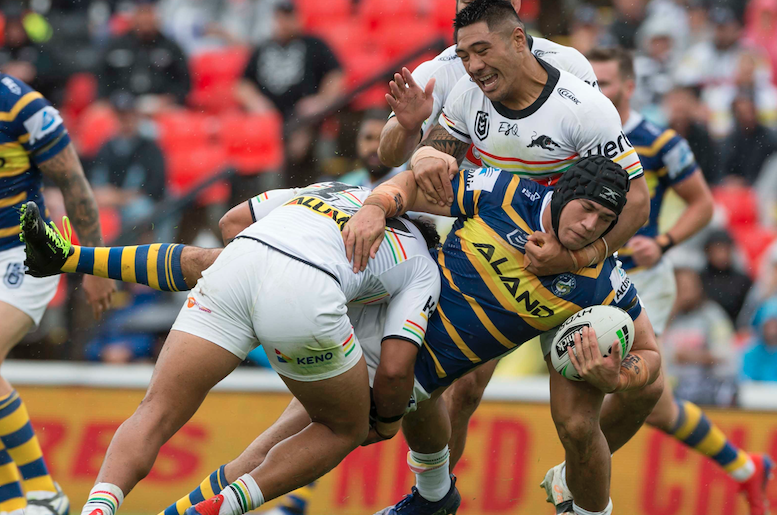