We head into the final stretch of the 2019 NRL season as we head into Round 18.

The Bulldogs have sprung surprises over the last couple of weeks after shock wins against Cronulla and Newcastle. They will not want to be the ones granted the wooden spoon at the end of the season and if they can claim a third consecutive win over the Broncos then they have a good chance. The Broncos themselves had plenty of opportunities to see off the Warriors in a thrilling draw last week. Even despite the draw, it has not done much good for Anthony Seibold’s men in terms of a top eight finish and if they want to stay within that mix then they need to be beating teams like the Bulldogs, who are below them on the ladder. If Canterbury can keep up the same determination that they have shown over the last two weeks then they can certainly prove a handful for an inconsistent Brisbane side.

Team news: Queensland star Corey Oates returns form Origin on the wing for the Broncos, with youngster Xavier Coates dropping to the reserves.

Injuries to Aiden Tolman and Sauaso Sue mean Ofahiki Ogden and Adam Elliott come into the starting side for Canterbury. 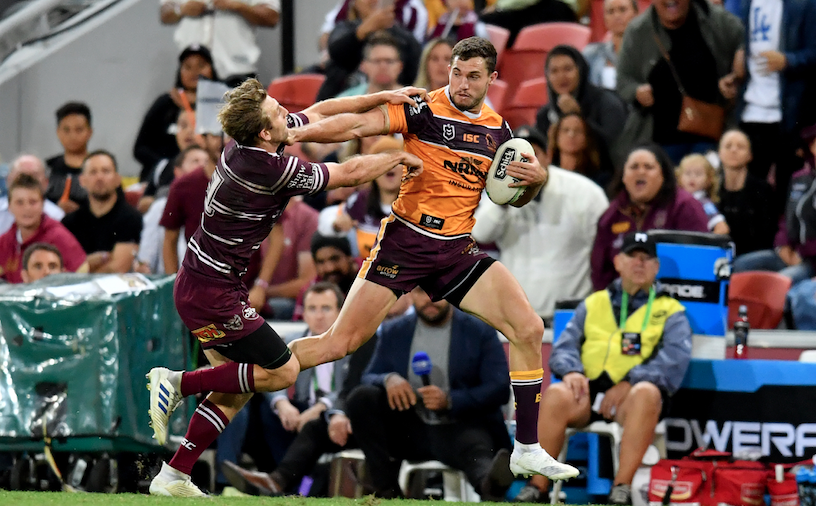 The Sharks at one point were considered one of the darkhorses of the competition and were in the fight for the top four but after a poor recent spell of form, the 2016 NRL champions now sit in ninth place, two points adrift of Penrith in eighth. The Warriors have been one of the most inconsistent teams of the season and after a surprising draw against Brisbane last week, they sit in 12th spot with 15 points and three points behind the Panthers. The Sharks certainly have the squad to make things happen with Andrew Fifta and Paul Gallen leading the forward pack. But can Cronulla’s halves find a connection in attack?

Team news: The Warriors have found some luxury in the fact they name an unchanged squad from the team that drew against Brisbane last week.

A big boost for Cronulla sees Matt Moylan and Paul Gallen named in the squad after overcoming injuries, while Kurt Capewell comes in for Josh Dugan at centre. 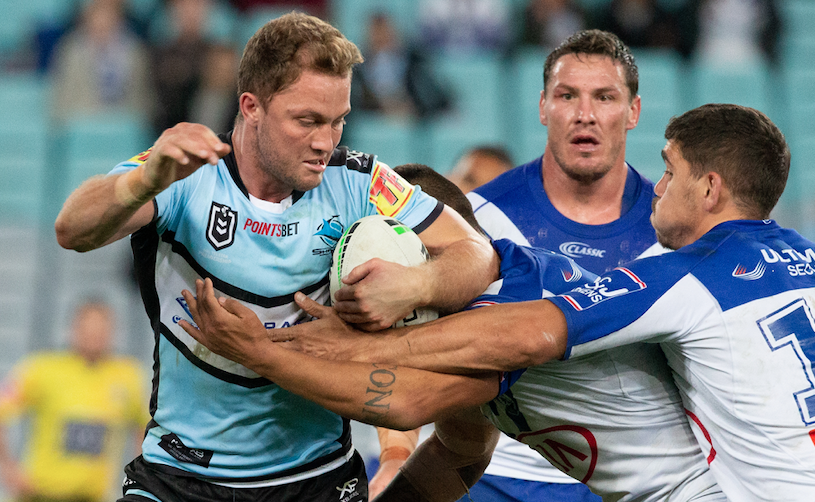 If you look back to the first half of the season, you would not think that Penrith would be coming into Round 18 as one of the most in form teams in the league. But after six straight wins, the Panthers are now in eighth place and are firmly placed for Finals rugby come the end of the season if they can keep up their most recent form. They can take a great deal of positivity in the fact that veteran half-back James Maloney is in the form of his life and with Blues star Nathan Cleary set to return, it can only mean good things for Penrith. It is strange when you look at the Dragons squad and realise they sit in 14th place. If they want the win here then the likes of Corey Norman, Matt Dufty and Paul Vaughan will have to be prime catalysts going forward.

Team news: The biggest change for Penrith sees Cleary return to partner Maloney in the halves.

Maroons hooker Ben Hunt will take a rest, with Darren Nicholls named as his replacement. The Dragons will no doubt be helped by the return of James Graham who is named at loose forward. 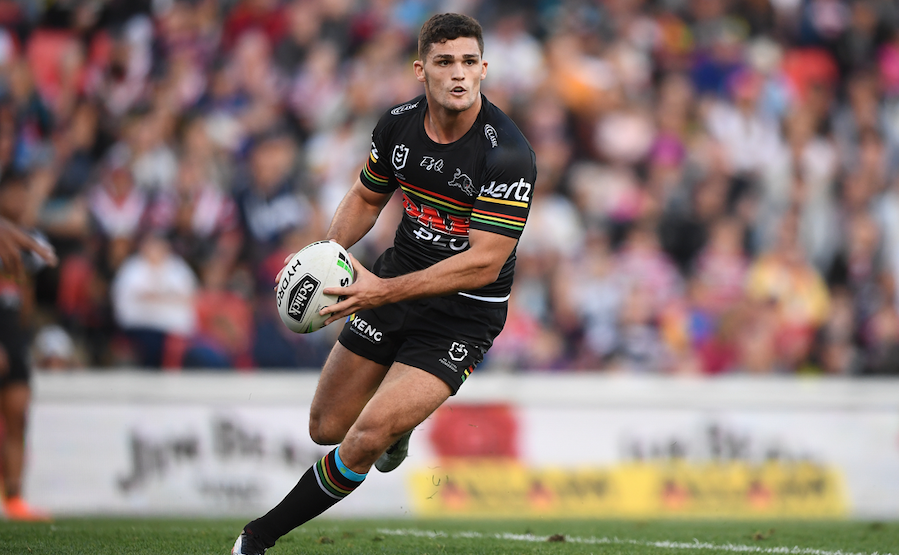 The Roosters will undoubtedly be happy that the State of Origin has come to an end as they will have plenty of stars coming back into the fold after a shaky run during the series. As Melbourne sit comfortably in top spot, the Chooks will have to make sure they keep one eye on the Rabbitohs, Raiders and Sea Eagles who all remain in the fight for second place. The Knights, however, need to find that spark again after losing three out of their last four games but they can take some confidence in the fact that they were able to easily beat the Roosters last time out.

Team news: The welcome return of Blues heroes James Tedesco and Boyd Cordner provides a huge positive for Sydney, while Joseph Manu moves to the centres, with Josh Morris taking up a spot on the bench.

The Knights have good news as well as star full-back Kalyn Ponga is named to start. Kurt Mann is selected at stand-off. Dave Klemmer and Mitch Barnett are back in the starting 13. 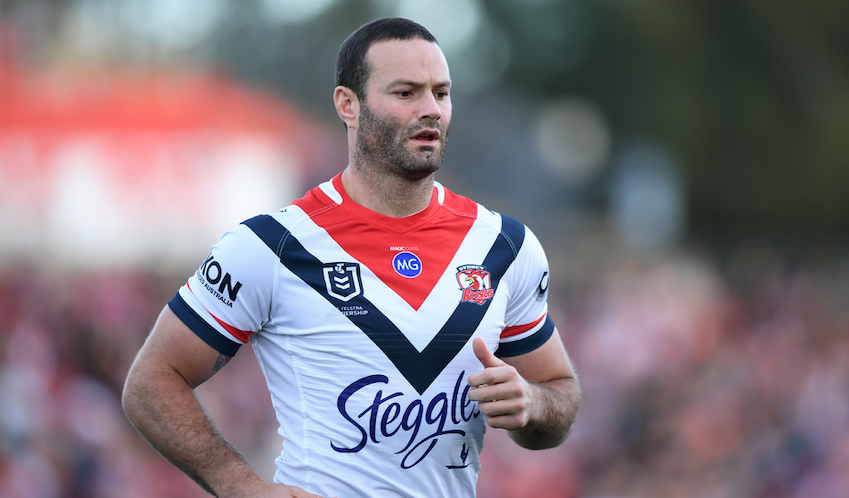 As we come into this final stretch of the regular season, the Raiders might be a team to keep an eye on in the coming weeks as Ricky Stuart’s men laid down a marker for third after putting pressure on their rivals with a win over St George Illawarra. The Tigers certainly made a good account of themselves last week against the Roosters, despite the loss. The Tigers are still one of a few teams fighting for the top eight. They will need a good start in this match-up though as the Raiders have been one of the better teams defensively this season and Michael Maguire’s men will need to find a way to break that down, with the likes of Luke Brooks, Moses Mbye and Benji Marshall leading the backs.

Team news: The suspension of Nick Cotric means Michael Oldfield is the choice at centre for Canberra, while Josh Papalii returns from a break due to Origin.

The only noticeable change for the Tigers sees Paul Momirovski named on the wing, with Robert Jennings omitted. 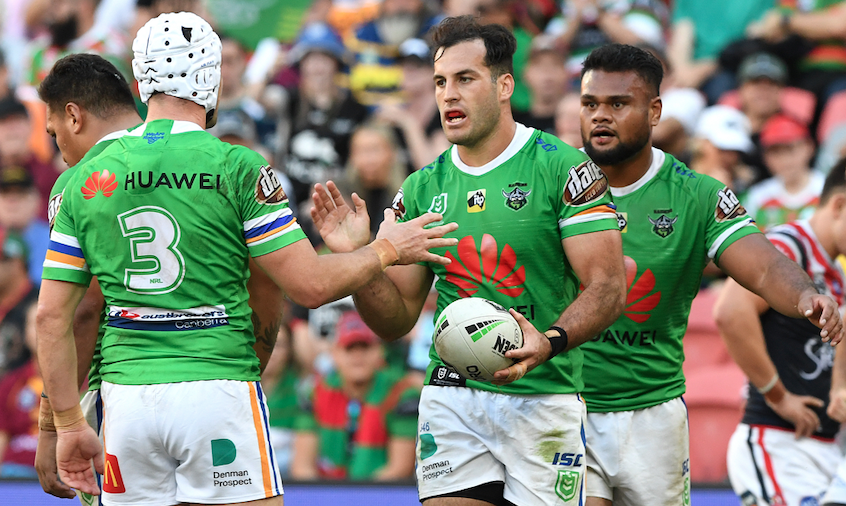 Over the course of the Origin period, the Rabbitohs have lost four games in a poor run of form that has seen them drop from first to second and six points behind leaders Melbourne. There is no question that the talent is there to turn this around and remain a top four team by the season’s end. With Wayne Bennett at the helm, you would be a fool to bet against them, especially once Sam Burgess returns. They now face a Cowboys team that will be on the biggest of highs after a great win over the Roosters last week and they are in 10th place, level on points with both Cronulla and Wests.

Team news: North Queensland’s Michael Morgan still remains in concussion protocol and has been named on the reserves. The only other big change sees Murray Taulagi make his debut, with Jordan Kahu out injured.

The Bunnies’ second-row has a reshuffle with Ethan Lowe back after a rest bite due to Queensland duty. Sam Burgess is still out after suffering an unfortunate infection during his recovery from shoulder injury. 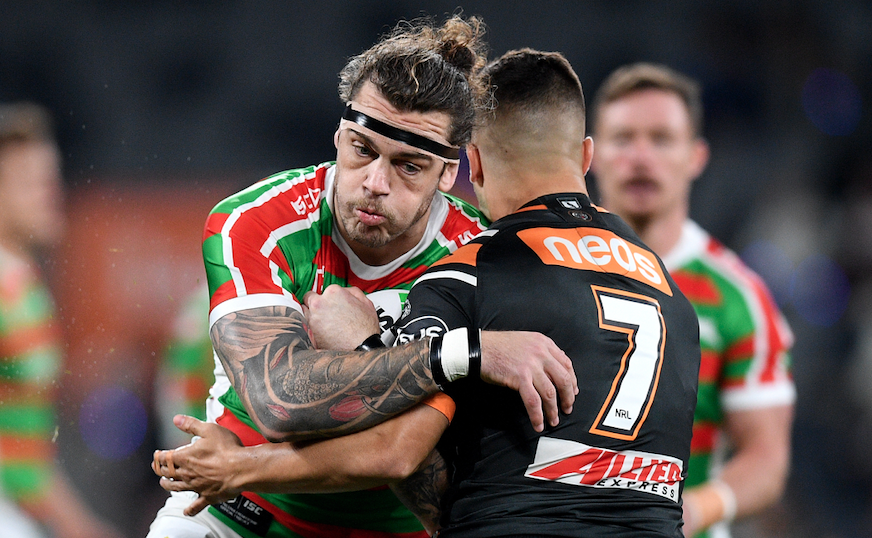 It is going to be interesting to see how Gold Coast respond to the recent sacking of coach Garth Brennan as they take on league leaders Melbourne who have only lost two games all season. The Titans need to do their best to contain a hard running forward pack of the Storm, with Dale Finucane, Brandon Smith and the Bromwich brothers all a big handful. It will be up to key playmaker Tyrone Roberts to be the difference once again for Gold Coast as they hope they can derail a Storm team that is feeling the euphoria of Cameron Smith’s 400th NRL game.

Team news: Dale Copley is back on the wing for the Titans, while Brenko Lee is the new face in the centres. 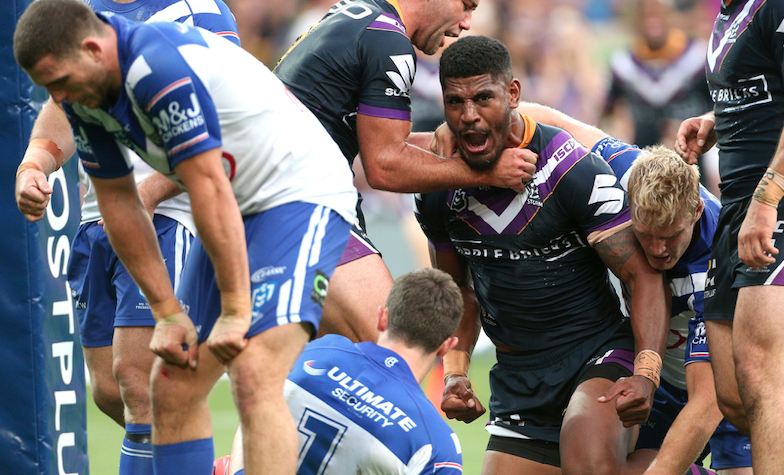 A battle of fifth versus sixth and whoever comes out on top here will further benefit their cause for second place. It is fair to say that coach Des Hasler has done a remarkable job with Manly this season, despite a plethora of injuries to his squad, whereas Parramatta remain a side who are not so good on the road. The Eels still have some great attacking weaponry at their disposal with Blake Ferguson, Clint Gutherson and Maika Sivo the key men to watch out for in the blue and gold.

Team news: The big change for the Sea Eagles sees the return of Tom Trbojevic at full-back.

No changes for Parramatta as they name the same squad that beat the Tigers in round 17. 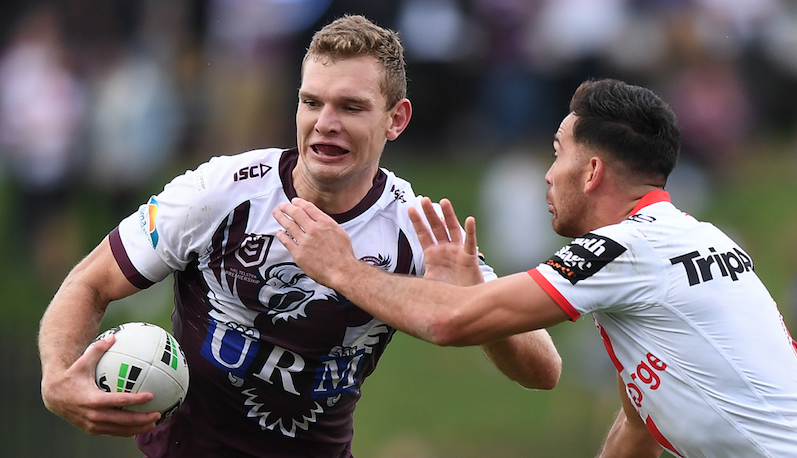 Off the Record: Rugby League Rumours and Gossip #172

Have your say: Were England right to select Blake Austin?

Revealed: The top 40 most watched matches on Sky Sports in 2019

It is time for Love Rugby League’s Sunday Social, your alternative recap of the serious and not so serious talking points from the past seven days.  [Read more…]

We have wrapped up the latest news in rugby league over the last 24 hours. [Read more…]

Here are the highlights of the Super League play-off games from the 2019 season. [Read more…]