The first game of Round Eight is the most notable match of the week. The Rabbitohs and Broncos will be set to collide in a game of epic proportions that sees South Sydney coach Wayne Bennett make his return to Brisbane, while Anthony Seibold comes up against his former club as Broncos coach.

If the Sydney Roosters-Melbourne Storm game was set to produce fireworks, then we can more than expect tensions to go nuclear here. It has been well-documented of how both Bennett and Seibold left Brisbane and South Sydney, so obviously this will not just be a big one for the players but the coaches as well. There will be a big amount of bad blood here.

Team news: One change for the Broncos sees youngster Thomas Dearden handed his debut, replacing Kodi Nikorima in the halves.

There are no changes for the Rabbitohs, however George Burgess has been named to start at prop but could once again be demoted to the bench before kick-off to bring in Junior Tatola. 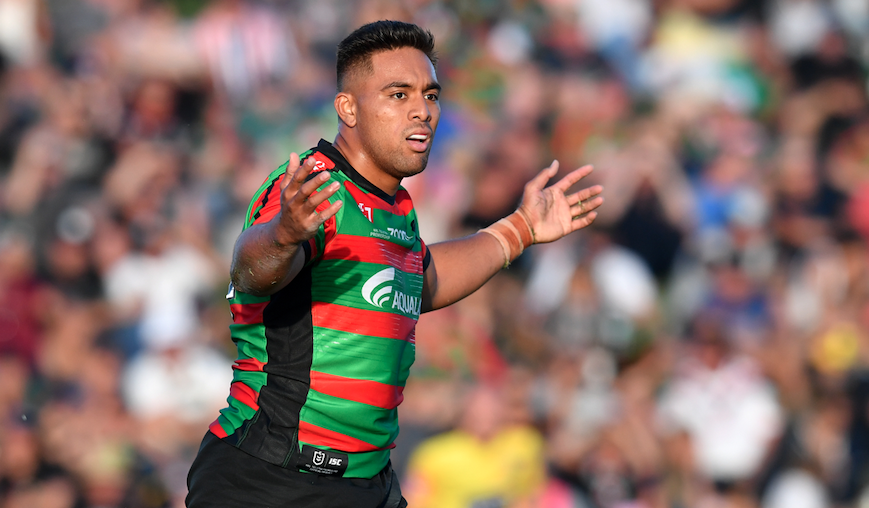 This is a game that could be crucial to both teams as they look to keep in distance of the top eight. The Cowboys come into this game with two wins from their first seven, with the backline struggling to click under coach Paul Green.

The Titans themselves have certainly struggled as of late and injuries certainly have not been to kind to Garth Brennan’s men, losing captain Ryan James most recently. Despite losing out to Wests Tigers last weekend, there is still some solace to be taken as half-back Tyrone Roberts remains pinnacle to the club’s performances down the road.

Team news: It’s unfortunate news for the Cowboys as Te Maire Martin suffered a bleed on the brain and will be seen by a neurologist. Jordan Kahu comes in at full-back to replace him and Tom Opacic is called up to start in the centres.

There are plenty of changes for the Titans as Jarrod Wallace returns from suspension and Phil Sami comes in on the wing due to the injury of Dale Copley (quad). AJ Brimson takes a spot on the bench. 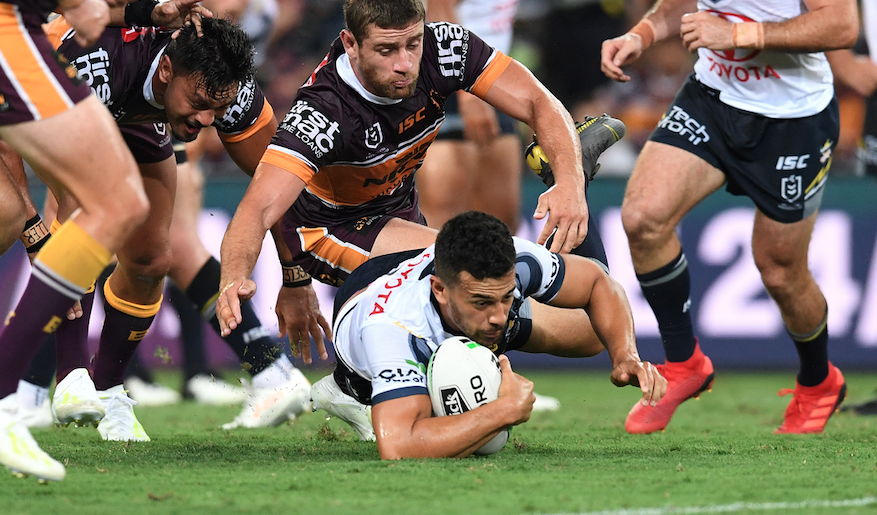 After a dramatic loss to the Sydney Roosters on Good Friday, many would have expected the Storm to come out with a great deal of fire in their bellies when they took on the Warriors. However, in what was set to be a blood lust for the Victoria side, quickly turned into a hard fought one-point win after Brodie Croft sealed the deal with a late drop goal.

Now, it is rare occurrence that we see Melbourne put forth consecutive shaky performances so you would expect the Storm coming out firing on all cylinders once again against the Sharks. If they are to do that, they will have to do it against the team they lost to in 2016 Grand Final, Cronulla. The Sharks come fresh off a disappointing loss to the Broncos last time out, so they will be hoping to bolster their top eight hopes with a win here.

Team news: Sione Katoa comes back in for the Sharks on the wing while promising youngster Briton Nikora returns to the second-row. The standout change is Kyle Flanagan, who takes up the five-eight spot due to Shaun Johnson’s injury.

A slight change for the Storm sees Nelson Asofa-Solomona named to start. 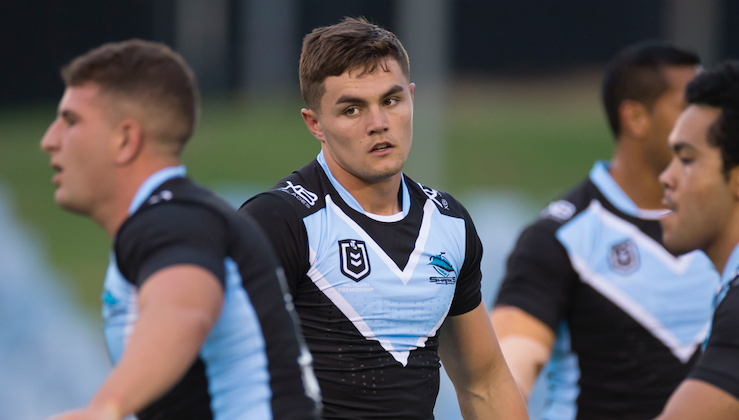 After a bright start to the season, the Raiders find themselves not just in the mix of the top eight, but in the top four. The Green Machine have five wins from their first seven fixtures and sit solely in fourth place with 10 points. Despite a loss to Manly last weekend, Canberra remain one of the standout and most improved teams this season, with the forward pack being a key aspect to the side’s success along with Jarrod Croker and Jack Wighton finding a great deal of form at the back.

The Panthers, however, come into this after losing their last three and will no doubt be looking for some change in their recent fortunes as they struggle to keep in distance of the top eight, but they currently sit in 14th position. The imminent departure of general manager Phil Gould will leave a big hole for Penrith but this game might be the perfect opportunity for Ivan Cleary’s men to kickstart their season.

Team news: A rib injury to Jordan Rapana brings in Bailey Simonsson to replace him on the Canberra wing, while coach Cleary names the exact same 17 Panthers that lost out to South Sydney. 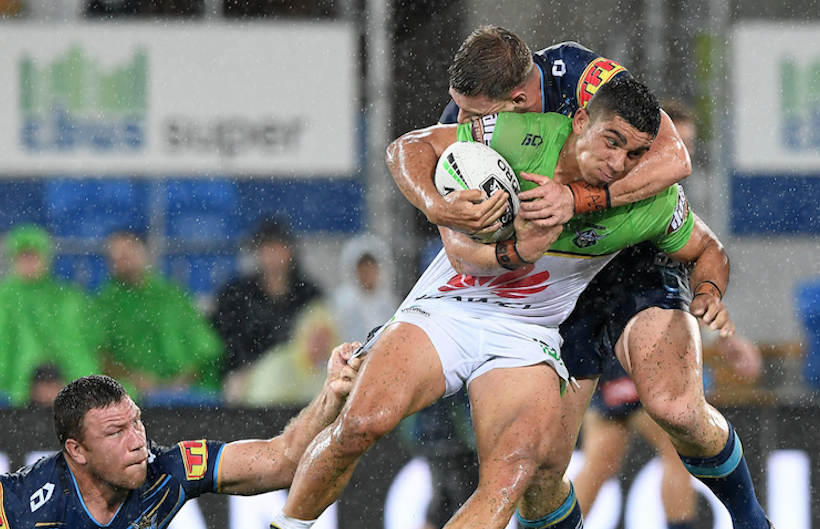 There is no denying that the Bulldogs have had their bright sparks this season but the ability to win games and finish teams off has been a huge problem. In hindsight, if Canterbury had come away with the win against South Sydney it would have been hard to disagree with the fact that they deserved it. But even so, the Bulldogs sit rock bottom of the NRL ladder on points difference and face another test here.

The Sea Eagles are fresh off a similar stiff test in which they were able to come out with the win over an in-form Canberra side. However, the game was not without its negatives as influential half-back Daly Cherry-Evans limped off with an injury.

Team news: The standout change sees Cherry-Evans (ankle) miss out for Manly, with Kane Elgey named as replacement. Abbas Miski is selected to make his debut while Addin Fonua-Blake is back from suspension.

There are no noteworthy changes for the Bulldogs but key players – Keiran Foran and Dylan Napa – look to make their returns from their respective injuries. 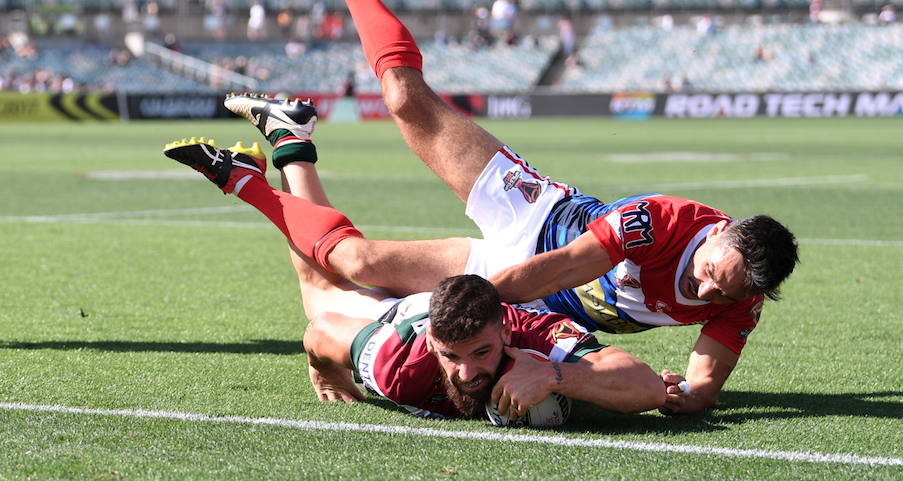 There does not look to be a scarier team in the NRL than the Roosters at this point. Sydney are wrapping up the wins comfortably while in third gear. The star-studded line-up has continuously shone and they came out easy winners in the end against St George Illawarra Dragons last week.

The Tigers are coming off an impressive win themselves against Parramatta and sit in the top eight. Also, they can take a number of positives coming into this game as Wests have proven to be rather difficult challengers for the Roosters in recent history, beating them on two occasions last season. However, the ball looks to remain in the Roosters’ court.

Team news: A big change for the Roosters has Luke Keary make a timely return to stand-off while Victor Radley is moved from loose forward to hooker to accommodate for the loss of Jake Friend (bicep).

The Tigers also have positive news as Benji Marshall makes a welcome return in at number six. However, Josh Reynolds will miss out with a knee injury. 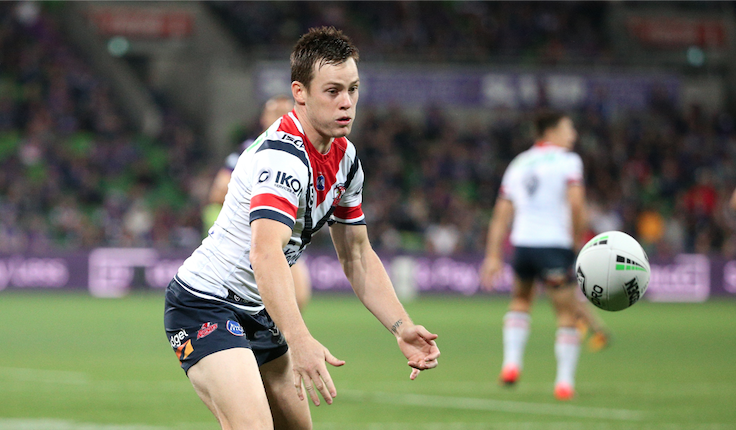 Despite late withdrawals of Roger Tuivasa-Sheck and Blake Green, the Warriors still gave Melbourne an almighty scare, showing that they can compete with the big boys. They stood toe-to-toe with Melbourne for the entire game and might have walked away with the win if it was not for a last minute drop-goal by Brodie Croft. There is nothing to suggest that the Warriors cannot apply that same kind of performance against the Knights, especially with the impending return of Tuivasa-Sheck.

They now face Newcastle, who will be high of confidence after their second win of the season against Parramatta, largely thanks to an inspirational display from Danny Levi, but the question remains now whether they can keep up that kind of performance.

Team news: The trio of Tuivasa-Sheck, Green and David Fusitu’a are all set to make their returns for the Warriors, while Newcastle again name the exact same 17 as last week. 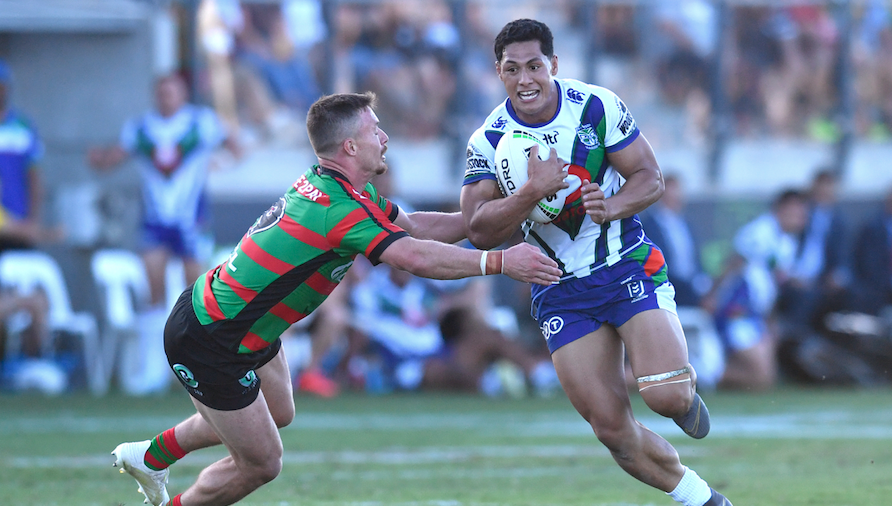 The high-octane energy that the Eels brought in their first ever game at Bankwest Stadium was quickly diminished the next week against the Knights as they came out with a lot more intensity and hunger than their Parramatta counterparts. However, the Eels are still a surprising entity this season, sitting in fifth place and should not lose any confidence in their ability with this fixture.

The Dragons are coming off a loss themselves albeit it to the NRL’s standout team in the Roosters. However, St George Illawarra do not have to be hard on themselves as they matched Sydney for a good portion of the game, so they should fancy their chances here.

Team news: The Eels have Daniel Alvaro named to start in the front-row in the only noteworthy change.

The Dragons make a few changes with Mikaele Ravalawa coming in on the wing, with Blake Lawrie starting at loose forward and Jacob Host on the bench. However, there could be another switch between Lawrie and Host come kick-off. 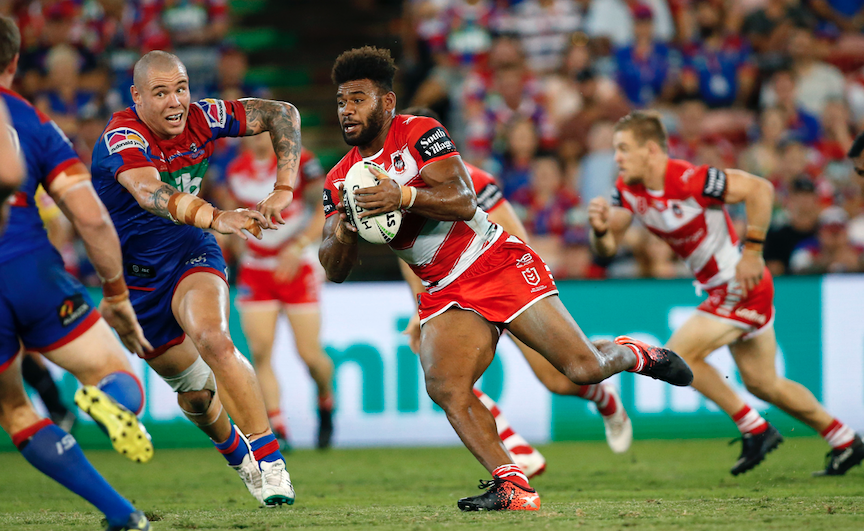