It is the Indigenous Round in the NRL this week, and we have previewed every game. 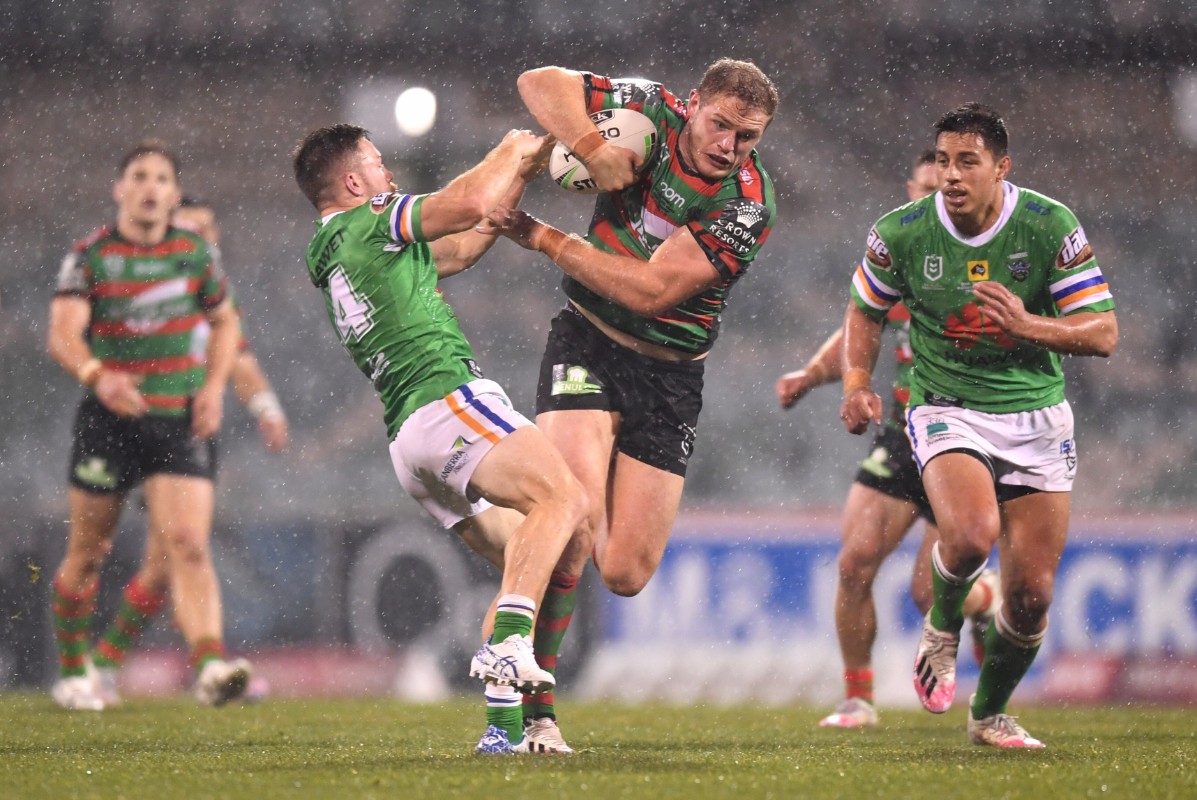 The Dragons will no doubt feel hard done by following some decisions in their controversial loss to the Sharks last week but what’s done is done and they move on to face the Rabbitohs in the first game of Indigenous Round. A win here will no doubt prove integral to each team’s finals chances as even though the Dragons’ attack has looked to have clicked recently, they still sit four points outside the top eight in 11th while after a loss to the Raiders last week, South Sydney now sit two points away in tenth.

Team news: The Dragons duo of Adam Clune and Trent Merrin miss out due to failed HIAs with Ben Hunt moving to the halves and Cameron McInnes slotting back at hooker. Tariq Sims returns from suspension and Jordan Pereira replaces Jason Saab on the wing.

A big boost for the Rabbitohs sees Latrell Mitchell return at full-back while Liam Knight and Patrick Mago are back on the bench. 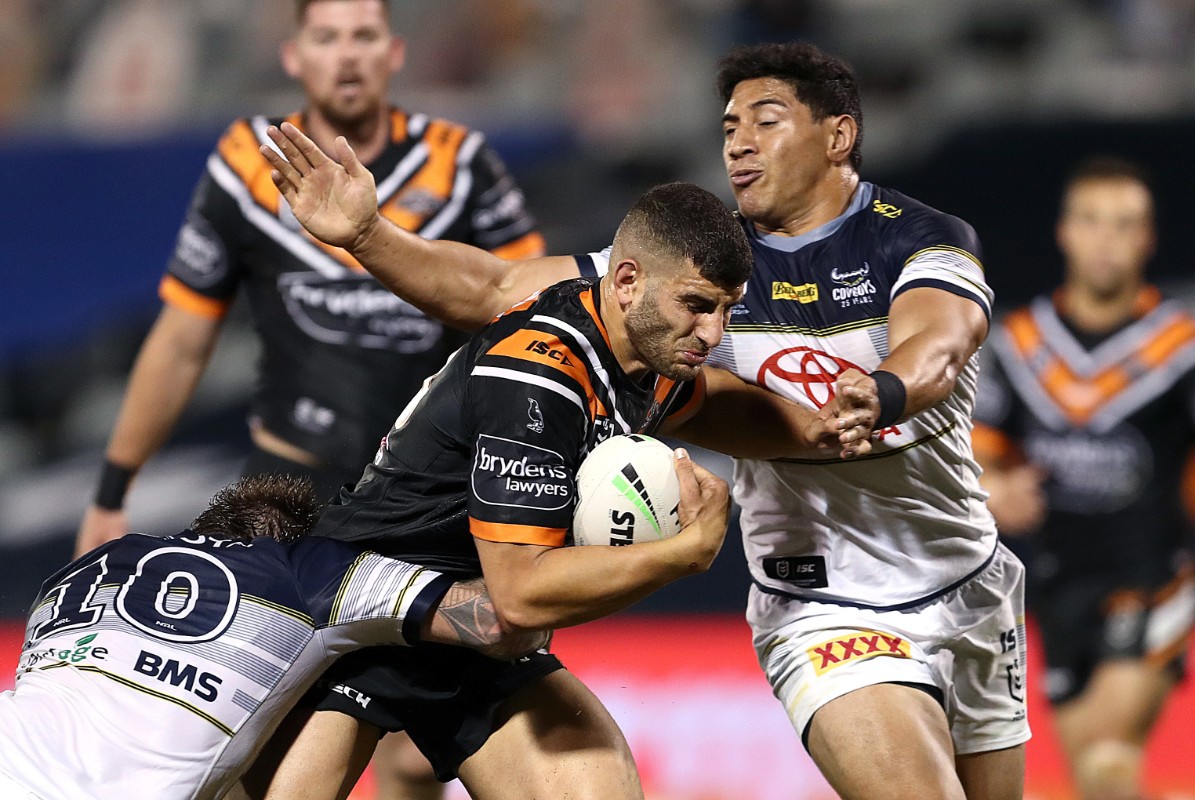 The Tigers started off well against Parramatta last week as they led 12-4 halfway through the first half. However, the attacking quality proved too much to handle for the Tigers defence as they would succumb to a 26-16 defeat. The loss adds to the inconsistency that Michael Maguire’s men have showed this year as they remain just outside the top eight. The Warriors gave it their all against the Roosters last Saturday but in the end, they would succumb to another defeat as Todd Payten’s side just could not hold on. It does not get any easier either as the side will be without some influential players as they return home to New Zealand.

Team news: Both Alex Twal and Luke Garner are back in the Tigers’ starting 13 while Oliver Clark comes in for Russell Packer (suspended).

The Warriors are without four players who return home to New Zealand and that includes the exciting duo of Ken Maumalo and David Fusitu’a. In turn, Patrick Herbert moves to the wing while loanees Daniel Alvaro and George Jennings are set to make their debuts. Wayde Egan returns at hooker. 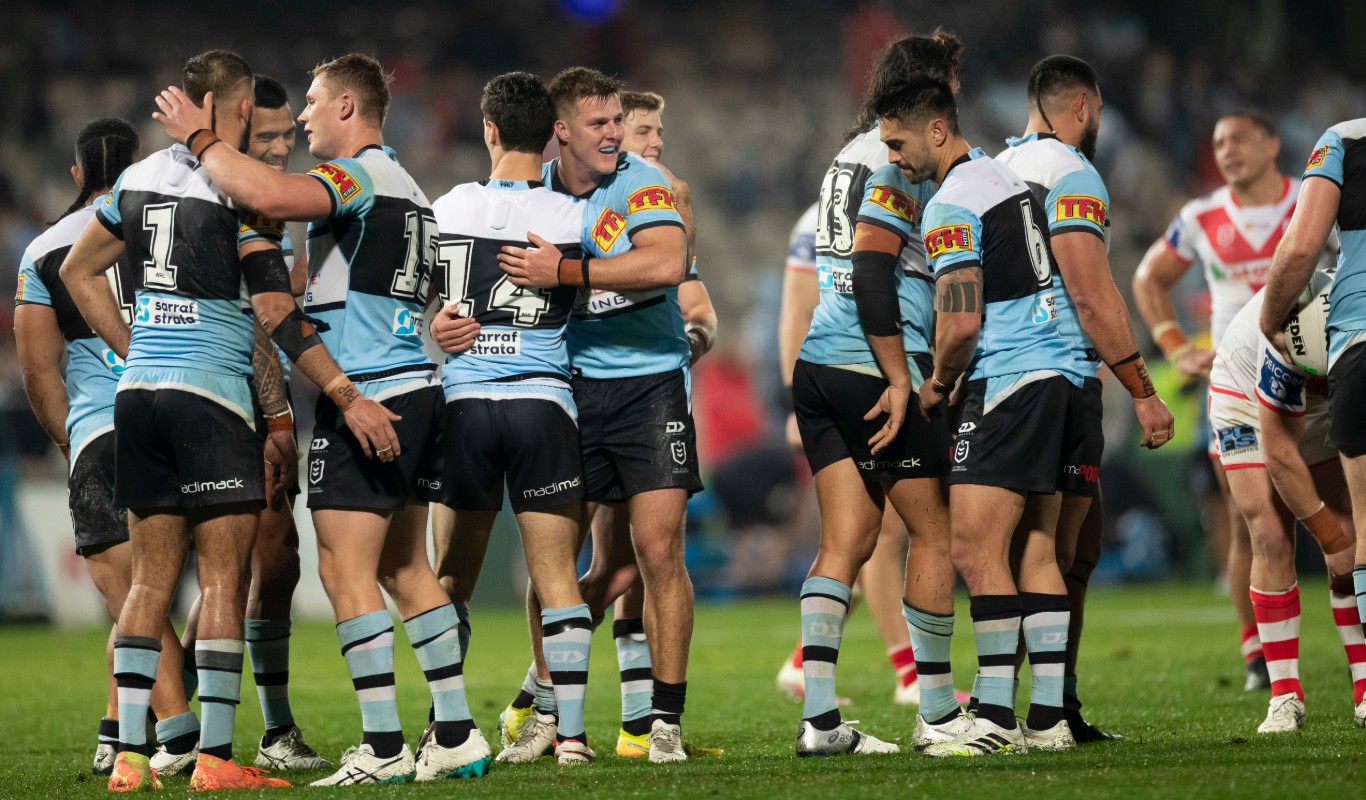 It just does not look to be getting easier for Brisbane as of late, however, they started brightly against the Storm at least, but their efforts were completely outdone in the second half as Melbourne clicked into top gear to brush aside their counterparts. The Sharks look to be going well as of late and cemented their status inside the top eight following a thrilling yet controversial win over rivals St George Illawarra Dragons in round ten.

Team news: Brodie Croft (shoulder) is out for Brisbane so Anthony Milford moves to stand-off while Darius Boyd reverts to full-back and Herbie Farnworth moves over to centre.

They did not have it all their own way against the Warriors and had do it the hard way and come from behind but even still the Roosters come away with the win. The likes of Luke Keary and James Tedesco were their usual influential selves as Sydney look to continue their assault of a third straight Premiership. However, Trent Robinson’s side still sit in fourth spot and if they wish to keep the pressure on the teams above them then another two points will be vital. The Titans have certainly shown vast signs of encouragement and improvement this year, but consistency remains the issue and if they want to win here then nothing less than 100% will do.

Team news: The only change for the Roosters sees Ryan Hall come in for Brett Morris.

Sam Stone drops into the reserves as Keegan Hipgrave is back in the Titans second-row. 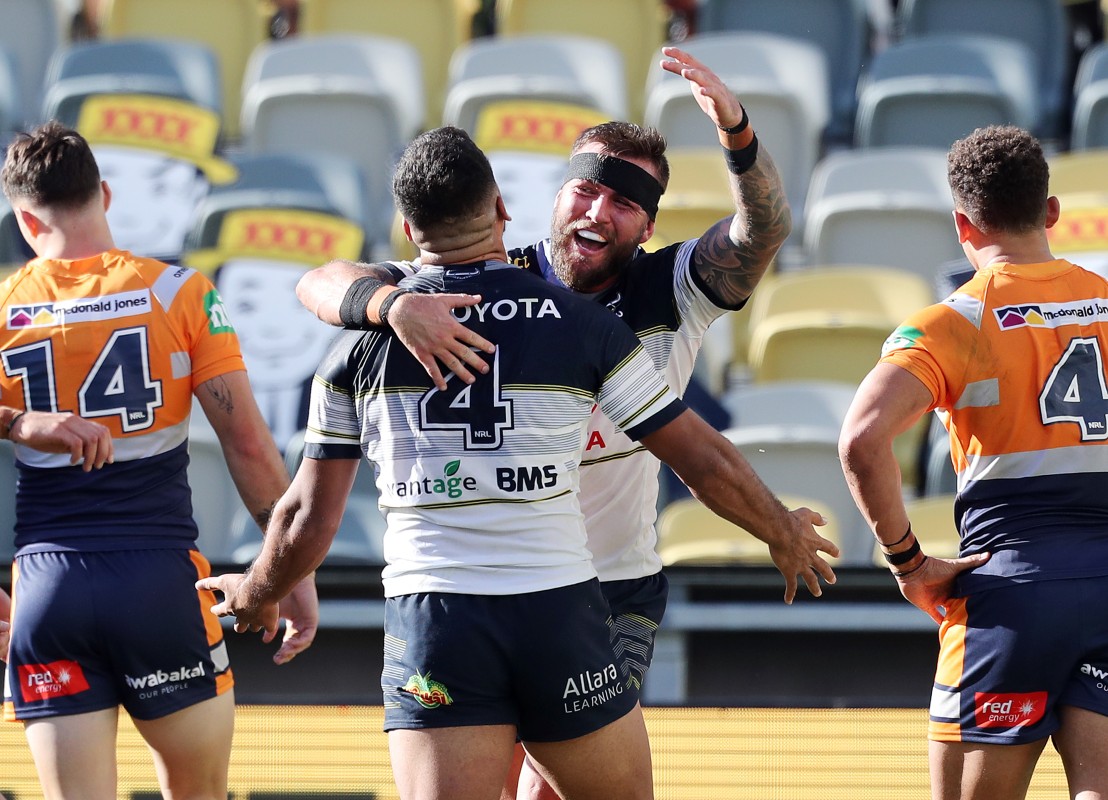 The Cowboys were certainly threatening at times and put plenty of pressure on Manly but in the end their determination would not pay dividends with a loss to the Sea Eagles. However, after losing coach Paul Green throughout the week, interim coach Josh Hannay may be pleased with the enthusiasm, but the question now will be to start turning that into wins on a consistent basis. The Raiders certainly have plenty of injury issues, but it has done nothing to deter them as of late as they grinded out tough wins over South Sydney and Sydney to now sit in fifth place.

Team news: Jordan McLean and Connelly Lemuelu return at centre and prop retrospectively for the Cowboys.

John Bateman is back and thrust straight into Canberra back-row while Jordan Rapana resorts to full-back with Charnze Nicoll-Klokstad (finger) out. Curtis Scott is recalled to centre and new recruit Corey Harawira-Naera looks set to make his debut off the bench. 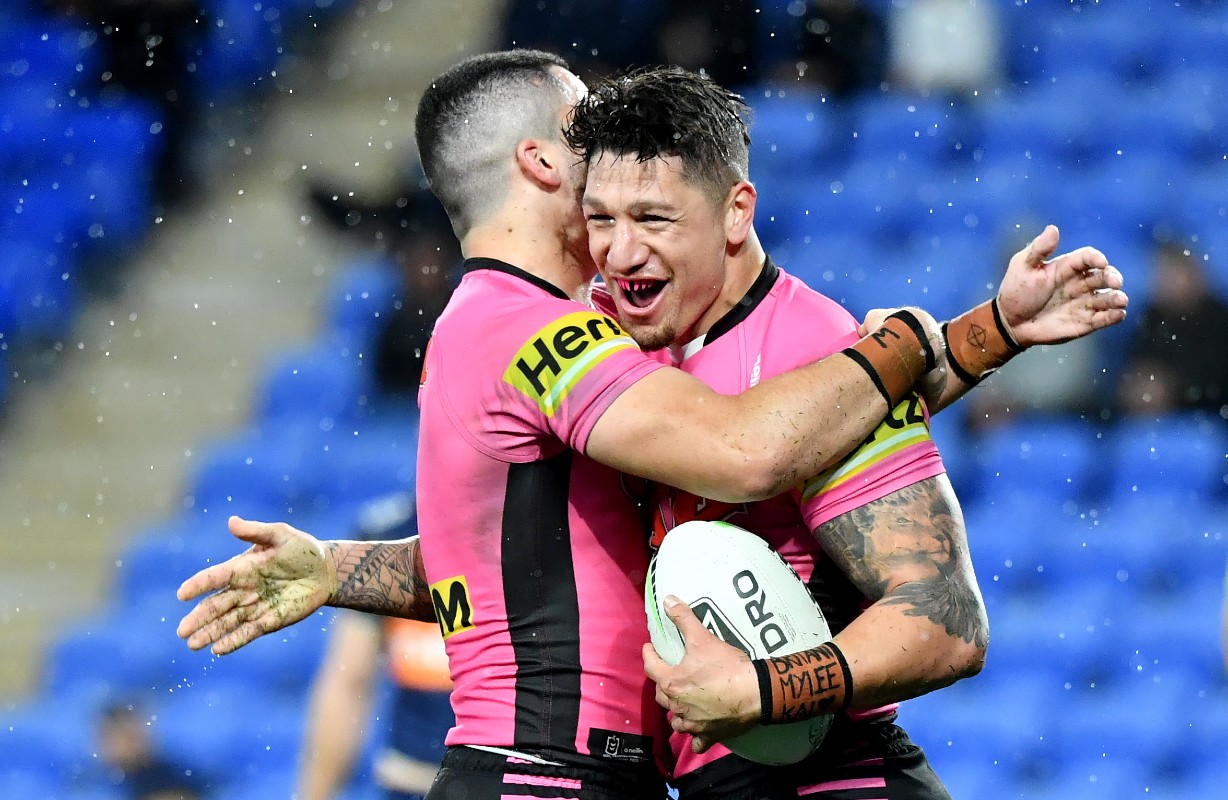 It may have been ugly but Manly were still able to come away with a vital two points over North Queensland last week as they continue to try and push themselves back into the finals spots. They now sit in the danger zone of eighth place but now face an extreme test here though as Penrith have been one of league’s most consistent teams this year and after five consecutive wins they remain at the number one spot.

Team news: Dylan Walker could make a return for Manly as he is listed amongst the reserves while Sean Keppie replaces Jack Gosiewski on the interchange.

The Panthers are given a huge boost with the return of star back-rower Viliame Kikau and Api Koroisau is listed in the reserves but could mark his return from an elbow injury come game day. 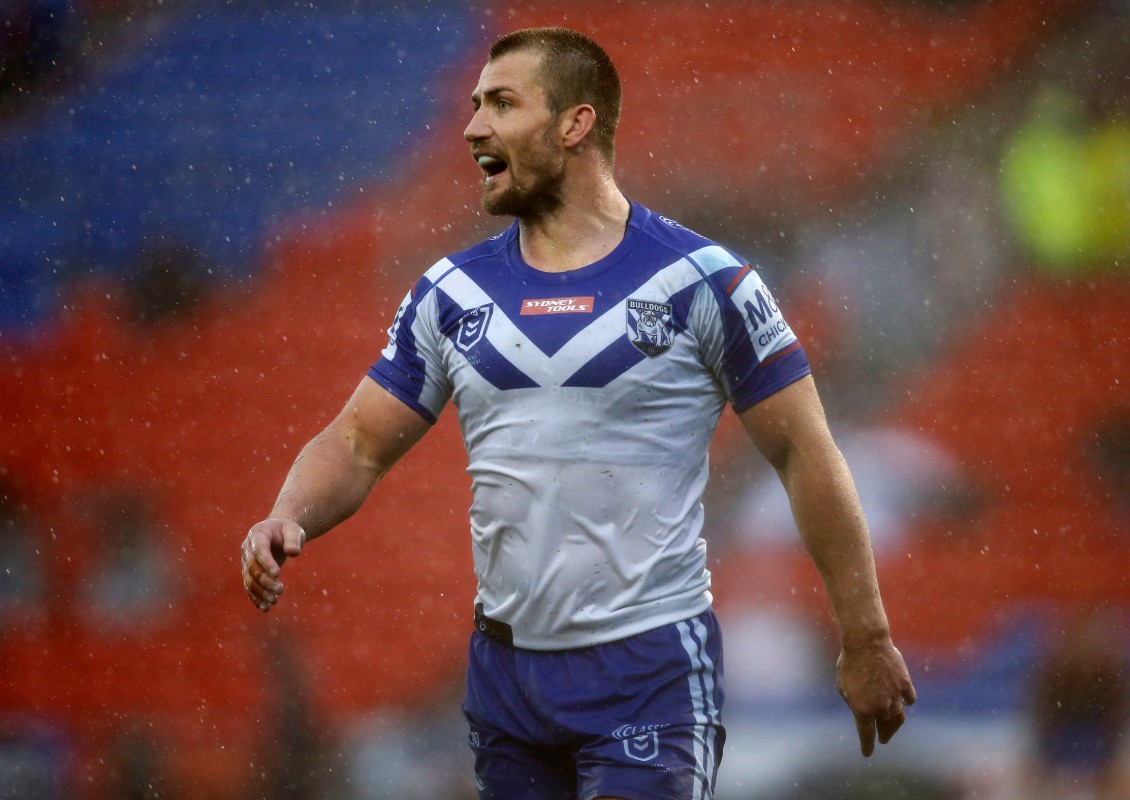 Despite the slow start, Parramatta were able to hit back from their defeat to Manly with a come from behind win over the Tigers last Thursday. The returning Mitch Moses proved to be integral as his ball playing alongside Reed Mahoney was too much for the Tigers defence and in the end Brad Arthur’s men continue to cement their potential Premiership winning credentials. The Bulldogs’ effort and perseverance were paid off last week as they secured their second win of the year against top four chasing Newcastle. As Trent Barrett is set take over in 2021, Canterbury certainly have plenty of reason now to come out firing from here.

Team news: The biggest changes for Canterbury sees Kerrod Holland replaced by new recruit Tim Lafai at centre and both Jack Cogger and Sauaso Sue are the new faces on the bench.

No massive changes for the Eels but Oregon Kaufusi and Kane Evans are back on the interchange. 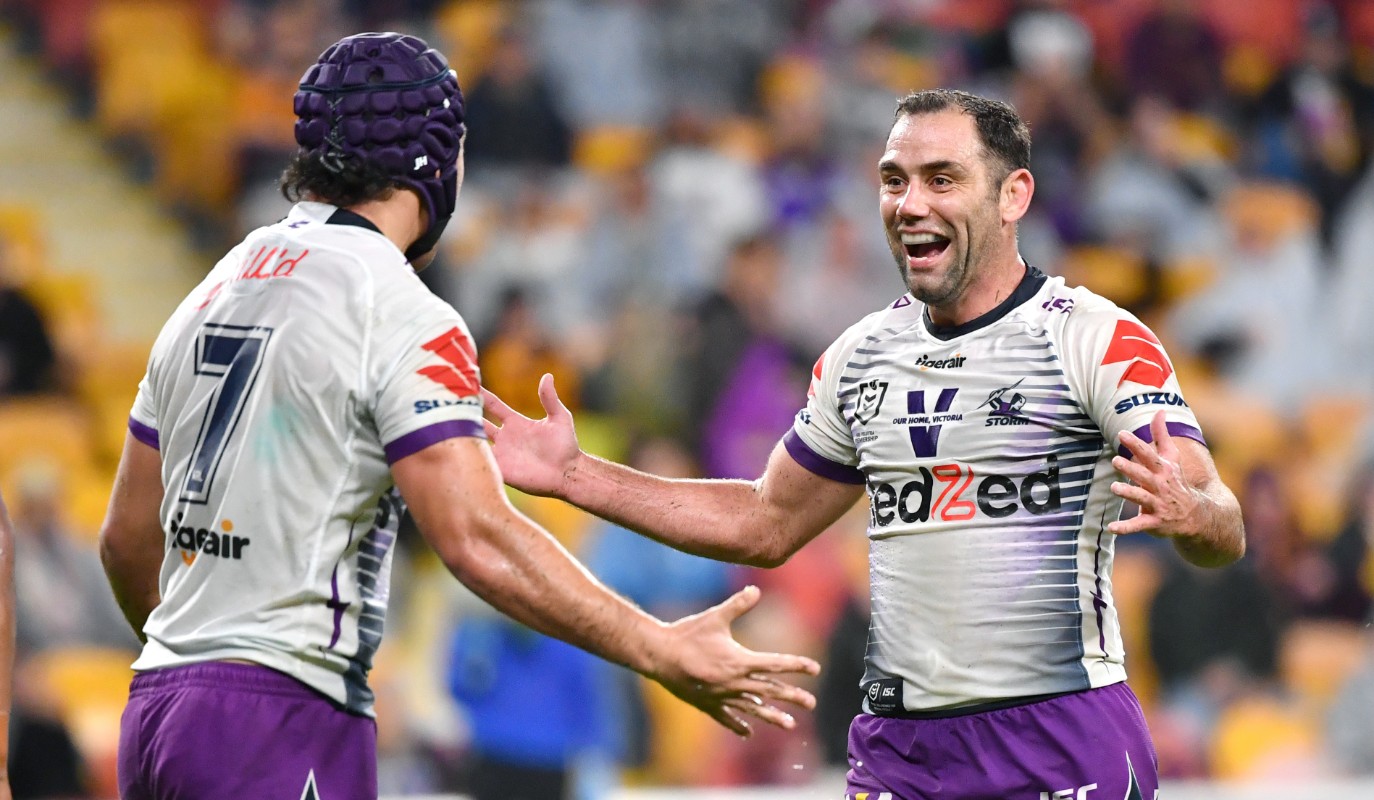 The 12th round of the NRL season comes to conclusion with a rather intriguing affair between Melbourne and Newcastle. The Storm continued their most recent dominance with a thumping win over the Broncos in round ten and are now on the back of five straight victories. Despite a disappointing loss to Canterbury last week, Newcastle are still right within the top four race. When you look at past results though, history is certainly on Melbourne’s side here as they have not lost to the Knights since 2015 but coach Adam O’Brien will undoubtedly be looking to rectify that and get one over a side he spent a decade with as an assistant coach.

Team news: Paul Momirovski (finger) and Brenko Lee (hand) are out for Melbourne with Marion Seve and Tom Eisenhuth filling the voids.

A double blow for Newcastle saw Connor Watson and Andrew McCullough suffer season-ending injuries last week so Chris Randall comes in for his second ever NRL game at hooker. Aidan Guerra comes into the back-row as Sione Mata’utia also sits out.