We are heading into round 23 of the NRL season, meaning there are just three games of the regular campaign to go.

Earlier on in the season, this may have been classed as more a one-sided fixture but the fact that the Bulldogs have won five of their last seven games mean they should be a side to be taken much more seriously this time round. The Eels have won their last four games though and are now right within that top four race as they sit tied on 28 points with South Sydney and Manly in fourth and fifth respectively. The Bulldogs might be looking outside the finals once again but they can finish the season strong and will no doubt look to another inspiring performance from Keiran Foran. The Eels need to keep their defence strong as it has come on leaps and bounds, while they will expect Mitchell Moses to be at his creative best.

Team news: Junior Paulo moves back in at prop for Parramatta after missing the Gold Coast game.

Canterbury stick with a winning team as they keep the same 17-man squad for this week. 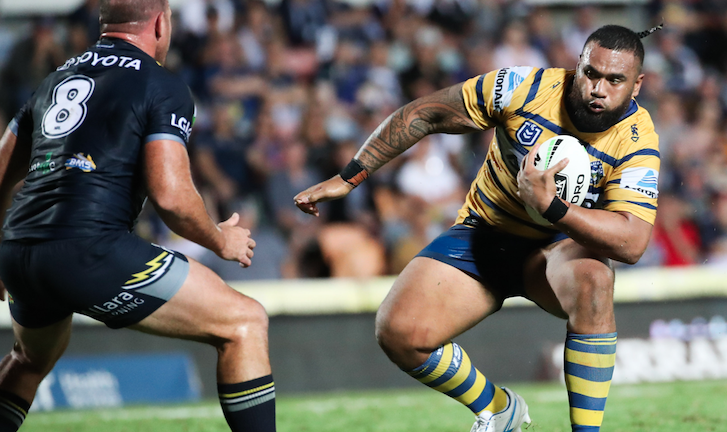 After the loss to Brisbane last week, Penrith now find themselves in ninth place and level on points with Cronulla in eighth. As only three points separate seventh from 11th, each of the last three games will feel more like a sudden death play-off final where one misstep could cost them their place in the finals. The Cowboys have probably had the worst amount of luck this season, with so many injuries halting their progress at different points throughout the year. This game features the perfect half-back battle between James Maloney and Nathan Cleary for Penrith and Michael Morgan and Jake Clifford for the Cowboys, with both sets of halves looking to be the spark that their team needs.

Team news: The Cowboys will be without Matt Scott after the veteran sadly suffered a stroke on Sunday. Scott Bolton and Murray Taulagi are both named to start and Jason Taomalolo is doubtful to return from his foot injury.

Youngster Stephen Crichton takes Josh Mansour’s place on Penrith’s wing. Jarome Luai and Isaah Yeo are both named to start but the latter may end up swapping with Moses Leota come game time. 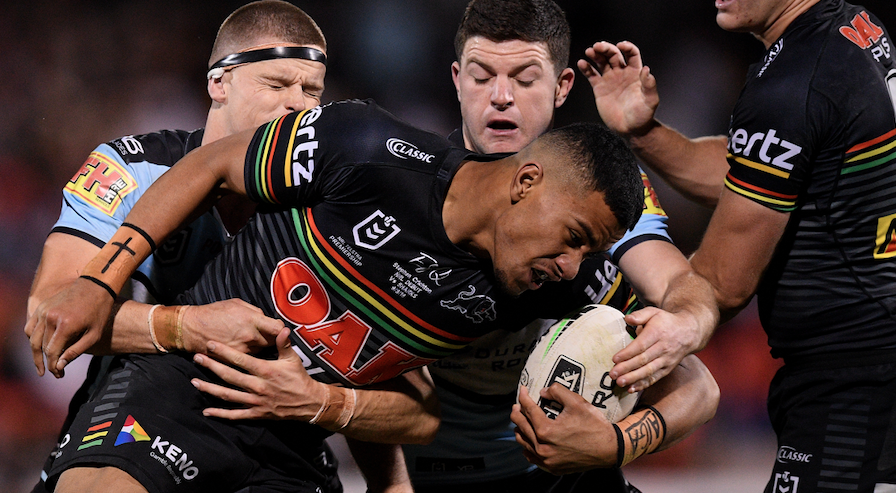 After a 38-6 loss to Souths last time round, Anthony Seibold will be looking for revenge against Wayne Bennett and out of sort Rabbitohs side. The fact that the Bunnies have lost seven of their last 10 games mean things may be in Brisbane’s favour, especially when they have won three of their last four. The Broncos look a much better team in the last month and are now in seventh place – one point ahead of Cronulla and Penrith. It remains a completely different story for the Bunnies who have find themselves on the cusp of missing out on the top four if they don’t get their act together, starting off with keeping the likes of the bulldozing Payne Haas at bay and they will need players such as Damien Cook to inject some pace and flair into their attack.

Team news: Brisbane duo Jake Turpin and Tangai Pevita Junior are both suspended, with Sean O’Sullivan and Matt Gillett taking their places. Alex Glenn is back from a knee injury.

Sam Burgess has been selected despite suffering a strain to his quad last week, while both Tom Burgess [knee] and Braidon Burns [hamstring] are out. Liam Knight and Kyle Turner are the new faces in the starting side. 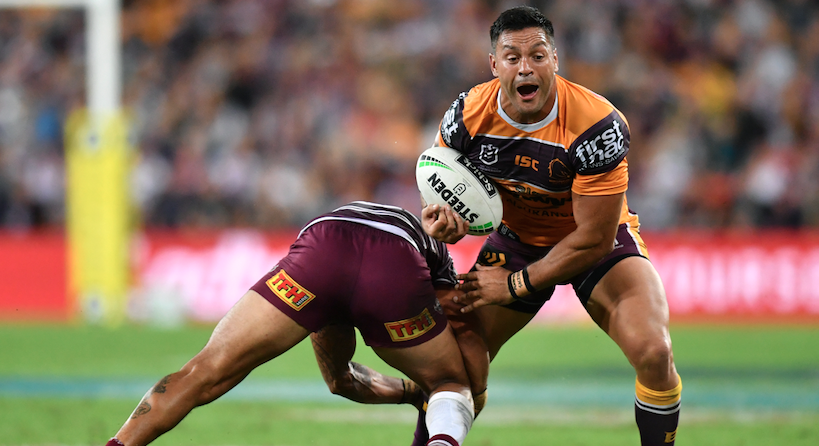 The Sharks remain right in the thick of the top eight race after a narrow win over St George Illawarra last weekend. As previously mentioned, the 2016 champions have Brisbane and Penrtih around them on the ladder, with the Knights and Tigers not far behind either. A place in the NRL finals remains slim for the Warriors after the loss to the Roosters last week. They are now in 12th place, three points behind Cronulla in 8th. A big match-up between two former team-mates in Shaun Johnson and Blake Green will headline the game, with Johnson looking to avenge the narrow 19-18 loss to the Warriors last month.

Team news: Cronulla will be without Matt Moylan [hamstring] and Andrew Fifta [knee] is back on the bench.

Patrick Herbert replaces the injured Gerard Beale, while David Fusitu’a and Issac Luke make their way back into the starting side.

Well this game will feel like an elimination game for both teams as whoever loses will miss out on the NRL finals while the winner will keep their top eight hopes alive. The Knights have ran hot and cold all season but will feel a great deal of confidence following their big win over North Queensland, while the Tigers will need to shrug off a defeat to Manly last week. The likes of Benji Marshall and Luke Brooks need to come up big for Michael Maguire’s men while trying to keep those big Newcastle forwards quiet. The Knights’ game-plan will continue to revolve around Mitchell Pearce and Kalyn Ponga, with the latter producing a solid display last week.

The knee injury to Connor Watson means that Danny Levi is at dummy half for Newcastle. 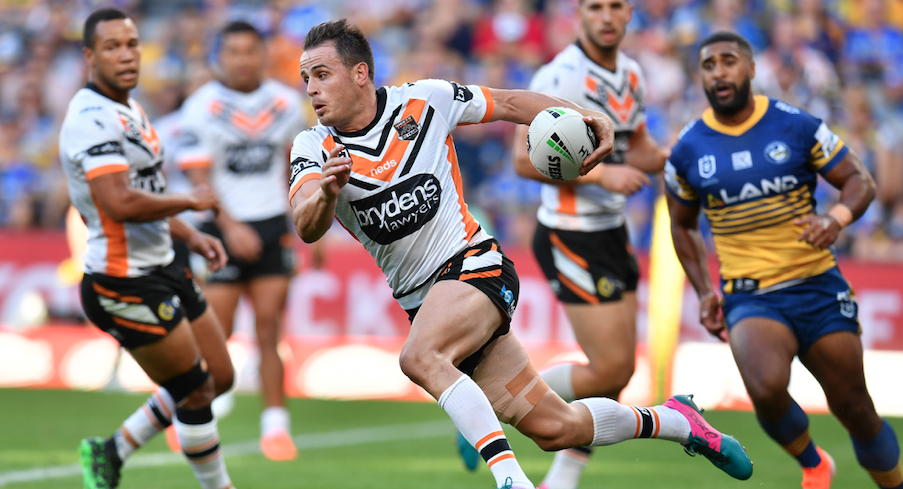 The Dragons’ season may be over in terms of reaching the top eight but in doing so, it could allow Paul McGregor’s men to loosen the strings and play with much more freedom. Their last minute loss to Cronulla last week is pretty much the story of their year – so close yet so far. The Roosters themselves are fresh off another big win following their 42-6 win over the Warriors and are now in prime position come the finals as they sit in second. The current champions have talent all over the field with a hard running forward pack alongside a hugely talented backline, so the Dragons will need every ounce of creativity and flair from the likes of Corey Norman and Gareth Widdop while James Graham and Paul Vaughan go up against the Chooks pack.

Team news: Jackson Ford is brought into the Dragons’ starting side and Jonus Pearson takes Mikaele Ravalawa’s place on the wing.

Sio Siua Taukeiaho returns on the bench for Sydney while Boyd Cordoner remains out. 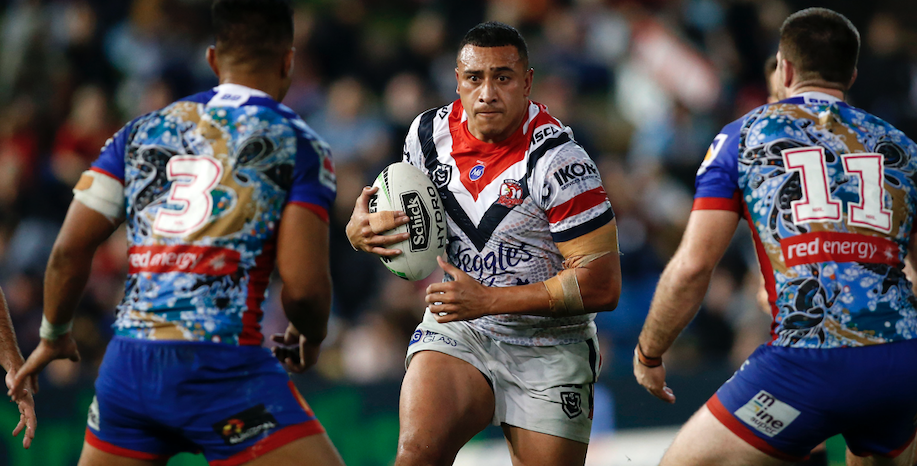 After eight straight losses, it doesn’t look to be getting any better for the last placed Titans as they come up against a Melbourne side who will be annoyed that they managed to give up an 18-0 lead to Canberra last week. The Storm are now four points clear at the top and will need to win two of their last three to secure the Minor Premiership, while the Titans are one loss away from claiming the wooden spoon. All Gold Coast can really hope for is that Craig Bellamy’s men are feeling the effects of that Canberra defeat but if Melbourne get ahead early then it could be another long day for the lowly Titans.

Team news: The same starting 13 for the Storm but Brandon Smith [ankle] makes his return on the bench.

Michael Gordon is back at full-back for Gold Coast while Jarrod Wallace’s inclusion provides a huge boost. 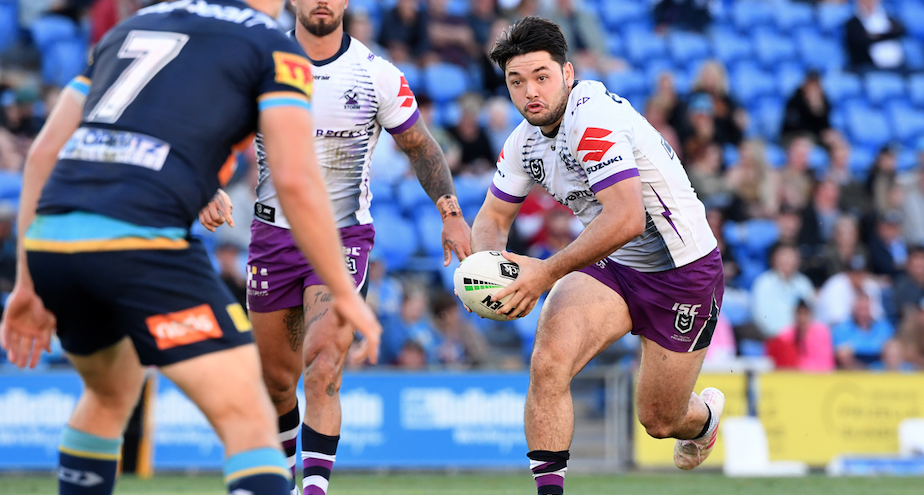 The last game of round 23 is also unquestionably the game of the week in many respects as third take on fifth place in a battle between two of the league’s most in-form teams over the last month. The Raiders will be extremely confident following their comeback win over Melbourne last week and they can keep pressure on the Roosters in second with a win here. The Sea Eagles bounced back from their loss to the Warriors with a comprehensive victory over the Tigers last week to keep themselves in the top four race.

Team news: Ryan Sutton returns to the starting 13 with Joe Tapine (rib) out.

No changes to the Manly side that beat the Tigers last week.

A switch to the Gold Coast Titans for Chris McQueen is set to allow the deal for Sam Burgess with South Sydney to be confirmed by the NRL.

South Sydney Rabbitohs have appointed Wayne Bennett as the club’s new head coach for the 2020 and 2021 seasons.
[Read more…]

Swinton have released their squad numbers, and Gavin Bennion has been handed the No. 8 jersey. [Read more…]