It is the annual ANZAC round in the NRL season this week.

It was a struggle but once again Penrith showed their class and skill to overcome a spirited Brisbane side last week. The Panthers remain the only undefeated side left in the league this year with their side oozing quality in nearly every position. They now face the Knights who will have an injection of confidence after finding a way to get past Cronulla in round six thanks to an exceptional performance from superstar full-back Kalyn Ponga.

Team news: The Panthers name an unchanged squad but Api Koroisau (wrist) and Dylan Edwards (hand) could be late inclusions.

No Hymel Hunt for Newcastle as Starford To’a takes his place on the wing.

The Titans will look to return to winning ways after a 36-0 shutout loss to a Tom Trbojevic inspired Manly last week. If they want to earn a fourth victory of the year then they face a stiff test here when they face a South Sydney side fresh off a dramatic win over the Tigers and in plenty of form as they sit in second place on the ladder with five straight wins under their belt. The Rabbitohs will be without star man Latrell Mitchell though, with the full-back set to miss a month of action due to suspension.

Team news: Moeaki Fotuaika moves back into Gold Coast’s starting 13 with Tino Fa’asuamaleaui (suspended) out. Anthony Don has been named to make his return back from a hip injury.

Latrell Mitchell’s four-game suspension means the Rabbitohs move Alex Johnston to full-back while Jaxson Paulo has been called up to take a spot on the wing. Steven Marsters comes in at centre with Dane Gagai moving to the other wing spot as Josh Mansour (hamstring) sits out. 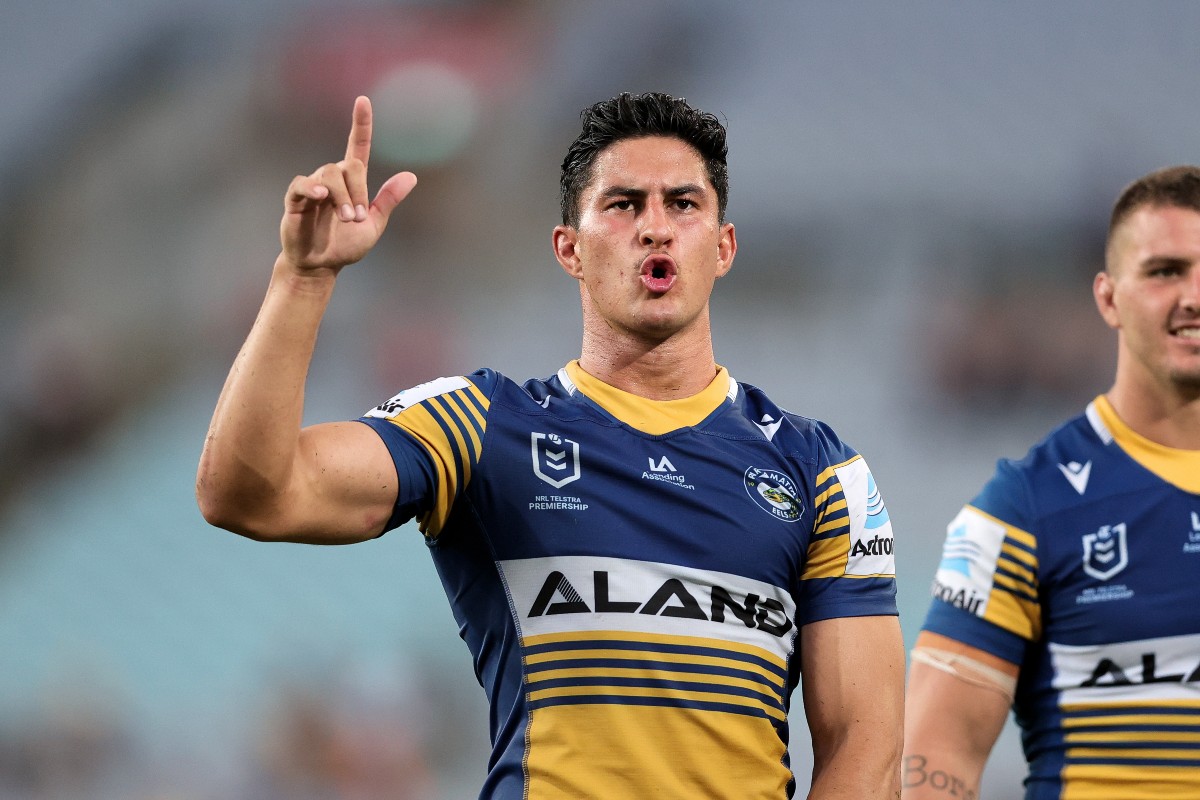 After losing to the Dragons the week before, Parramatta returned to winning ways with a convincing victory over Canberra last week, their first in the capital since 2006. The Eels sit firmly in joint second place with their season well on track and they have an opportunity to keep rolling here when they face a Brisbane side struggling for wins. The Broncos can still take plenty of positives away from their loss to Penrith though as they looked a much more of a threatening side in attack and coach Kevin Walters will no doubt be expecting that and much more going forward.

Team news: Dylan Brown is back from suspension at stand-off for Parramatta while Ryan Matterson (concussion) continues to sit out.

Herbie Farnworth returns from injury at centre for Brisbane while new recruit Danny Levi is straight into the side on the bench.

The Sharks will have counted themselves unlucky over the last couple of weeks and will be hoping to end a string of back to back late-game defeats to the Roosters and Knights. This game against Canterbury presents a perfect chance to do just that as the Bulldogs remain the only team without a win this year and sit bottom of the ladder. The Bulldogs have been able to find some potency in attack with three-try efforts in their last two games, but the concerns lie with their leaky defence.

Team news: Shaun Johnson has been named on the Sharks bench as he looks to return from an achilles injury he suffered towards the end of last year. Josh Dugan missed last week’s game due to a head knock but is back at centre.

Jack Hetherington’s suspension means Luke Thompson and Dylan Napa are now the starting front-rowers for Canterbury while Chris Smith starts in the second-row.

Both teams have had a contrasting couple of weeks with North Queensland gaining some confidence after consecutive wins while Canberra have had difficulties lately following losses to Penrith and Parramatta. The Raiders may have come up against much tougher opposition in recent times, but you can imagine they will feel downhearted not to take one scalp from the two, especially as they look to make a decent challenge this year. Despite the Cowboys grabbing their first wins of the season, this still represents a good game for Canberra to return back to winning ways and find some improvement defensively.

Plenty of changes for Canberra as Ricky Stuart drops Josh Papalii and Joe Tapine and brings in Ryan James and Emre Guler as the new front-row pairing while Ryan Sutton moves back to lock.

Josh Hodgson (calf) is out so Tom Starling is the new face at hooker and Sebastian Kris comes in to the wing after Baily Simonsson’s failed HIA last week. Corey Horsburgh and Corey Harawira-Naera come onto the bench.

It took one man to inject some confidence and energy into Manly as Tom Trbojevic’s return inspired the Sea Eagles to a dominant 36-0 win over the Titans. The question now is can Tommy Turbo and Manly keep up their winning ways? They now face the Tigers who have struggled as of late with three straight losses but can take some confidence away from a valiant display against the Rabbitohs despite being denied a victory in the most dramatic of circumstances.

Team news: Asu Kepaoa (ACL tear) is out for the Tigers so Michael Chee Kam is named at centre.

The traditional ANZAC day clash sees Sydney and St George Illawarra go head to head and if their performances this year are anything to go by then we could be in for a great game. The Roosters may have lost to Melbourne last week, but they continue to look a force, with Leeds-born youngster Sam Walker looking like a star for the future as he fills the void left by the injured Luke Keary in the halves while James Tedesco and Brett Morris continue to prove their elite status. Meanwhile, the Dragons lost to the Warriors last week but their season has been one of immense improvement and if they can put together a display like they did in the win over Parramatta then this could go either way.

Team news: Brett Morris (calf) was a late withdrawal for the Roosters last week but is named. A big boost for Sydney also sees Sam Verrills make his comeback from a knee injury suffered last year to take up the dummy half role.

Blake Lawrie is back in the Dragons front-row and despite a shoulder issue, Corey Norman has been selected at stand-off. Ben Hunt is named on the extended bench outside the main 17 as he looks to make his return from a leg injury. 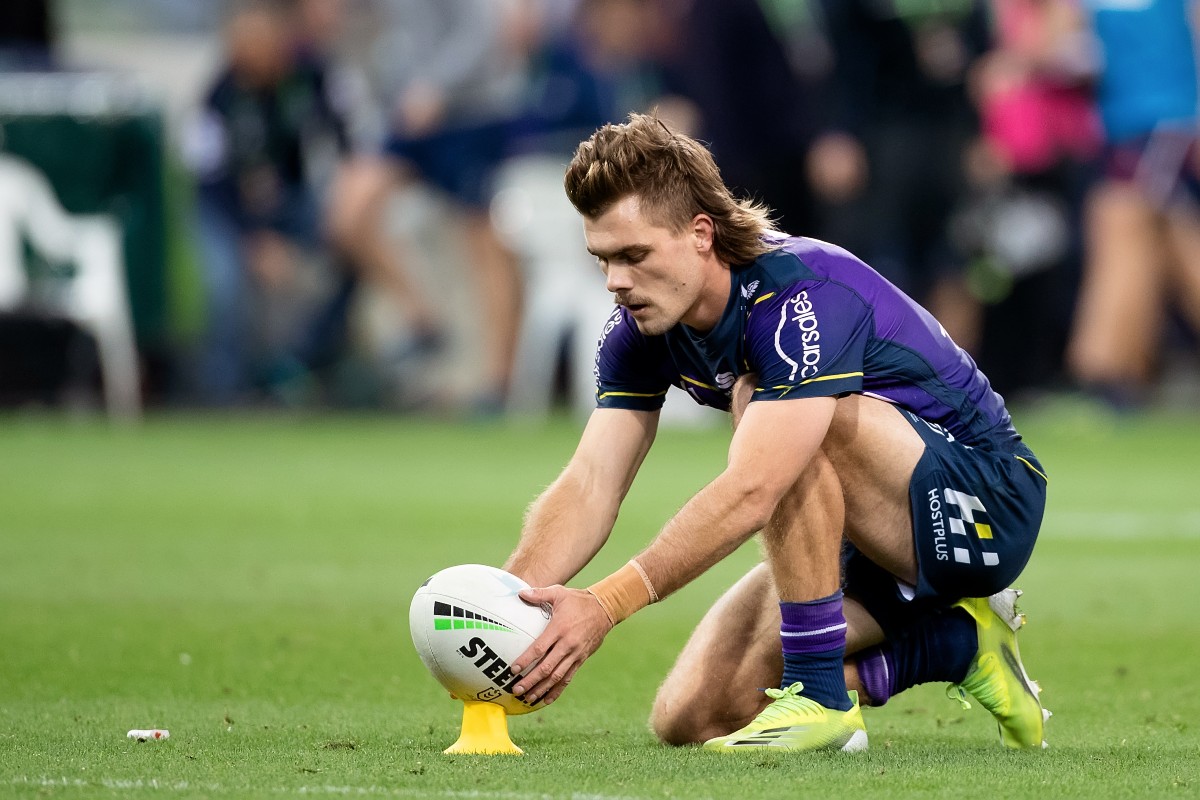 The Storm were up to their old tricks against Sydney last week as their constant pounding on the door eventually wore down the Roosters and, in the end, they came away with their fifth win of the year to sit in joint second. The influential displays of full-back Ryan Papenhuyzen have been a big positive for Melbourne and once again they look a side that is set to sit near the top of the ladder come the end of the season. The Warriors may face a stiff task, but they will no doubt be full of confidence after ending the Dragons’ four-game win streak last week.

Team news: Melbourne star Ryan Papenhuyzen (shoulder) is out so Nicho Hynes is in at full-back for the Storm.

A couple of changes for the Warriors sees Marcelo Montoya and David Fusitu’a in at centre and wing respectively as Peta Hiku (shoulder) and Adam Pompey (ankle) sit out. Youngster Reece Walsh is named on the extended bench and could be in line to make his NRL debut.