We have previewed each game over the course of the penultimate weekend of the regular NRL season. 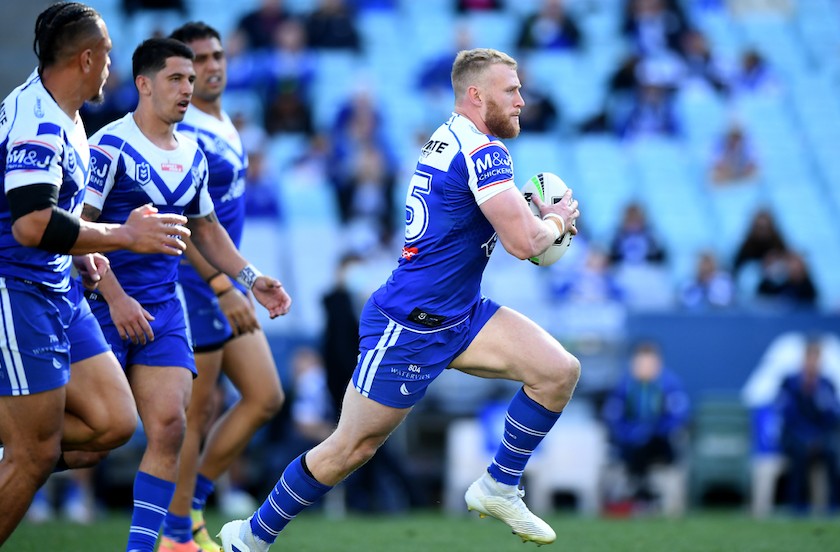 Despite a second half scare, the Rabbitohs strong first half was enough to take away the win over the Tigers last week and keep themselves placed sixth on the ladder with NRL finals to look towards. The question now remains where they finish in the league with Newcastle and Cronulla not far behind in seventh and eighth respectively. They now face a Canterbury side that find themselves in all too familiar situation as they started brightly to lead Manly 10-0 but, again, the Bulldogs’ defensive woes would come back to bite them as the Sea Eagles ran in four straight tries to take a 32-20 win. They will still be able to avoid the wooden spoon as they remain within two points of Brisbane but they will have to see this as maybe the last chance as a date with the Panthers looms the week after.

Matt Doorey is out for Canterbury, so Chris Smith is selected at lock while Josh Jackson returns to the back-row and Luke Thompson is named at prop. Dallin Watene-Zelezniak shifts to the wing and Tim Lafai is back at centre. 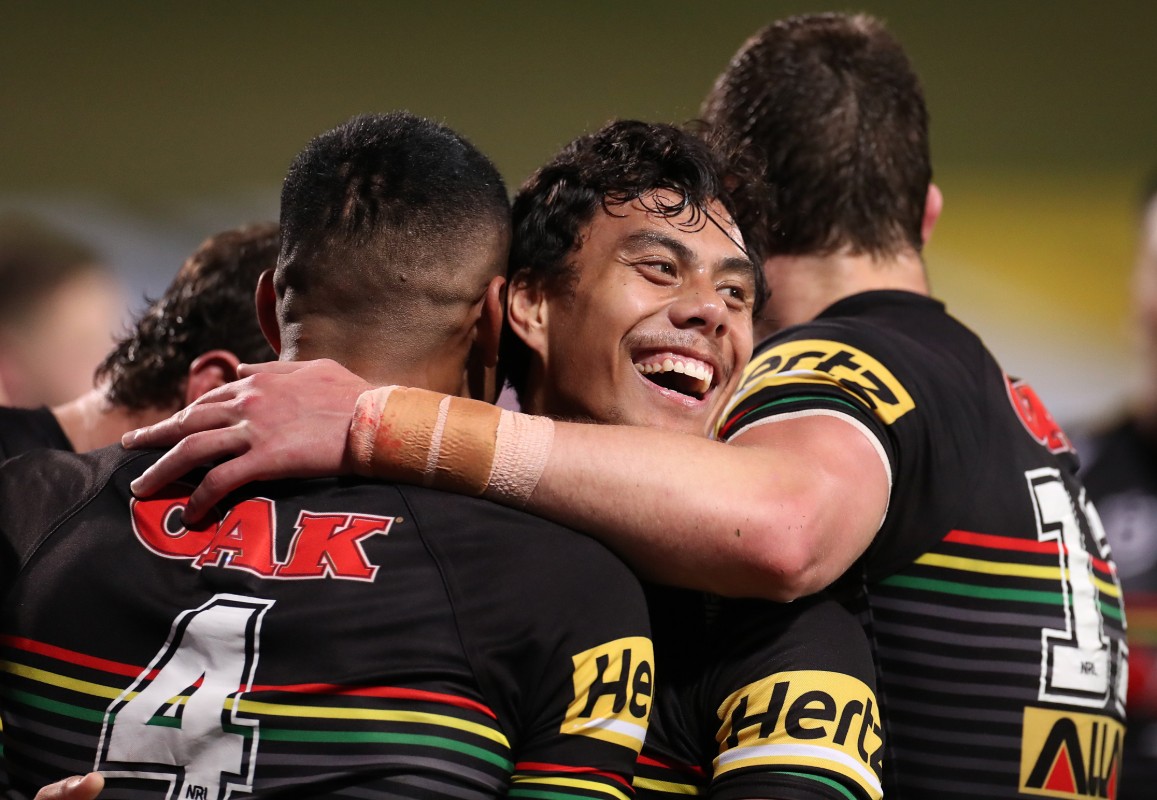 With no NRL finals for the Cowboys, the goal must certainly be to the finish the season on the highest of notes and what a way to do it if they can somehow find a way to knock over table toppers Penrith. They have a new coach in Todd Payten arriving in time for the 2021 season so this will certainly be an opportunity for the players to make a statement for themselves. The Panthers have been the golden standard this year with a string of impressive performances with only their sole loss this year coming way back in round six.

Team news: Jason Taumalolo looks questionable to return for the Cowboys. Francis Molo comes into the front-row with Josh McGuire suspended and Murray Taulagi at centre as Justin O’Neill drops out.

Api Koroisau (head knock) is out so Mitch Kenny slots in at dummy half for Penrith. Moses Leota is the new face at prop as captain James Tamou sits out. 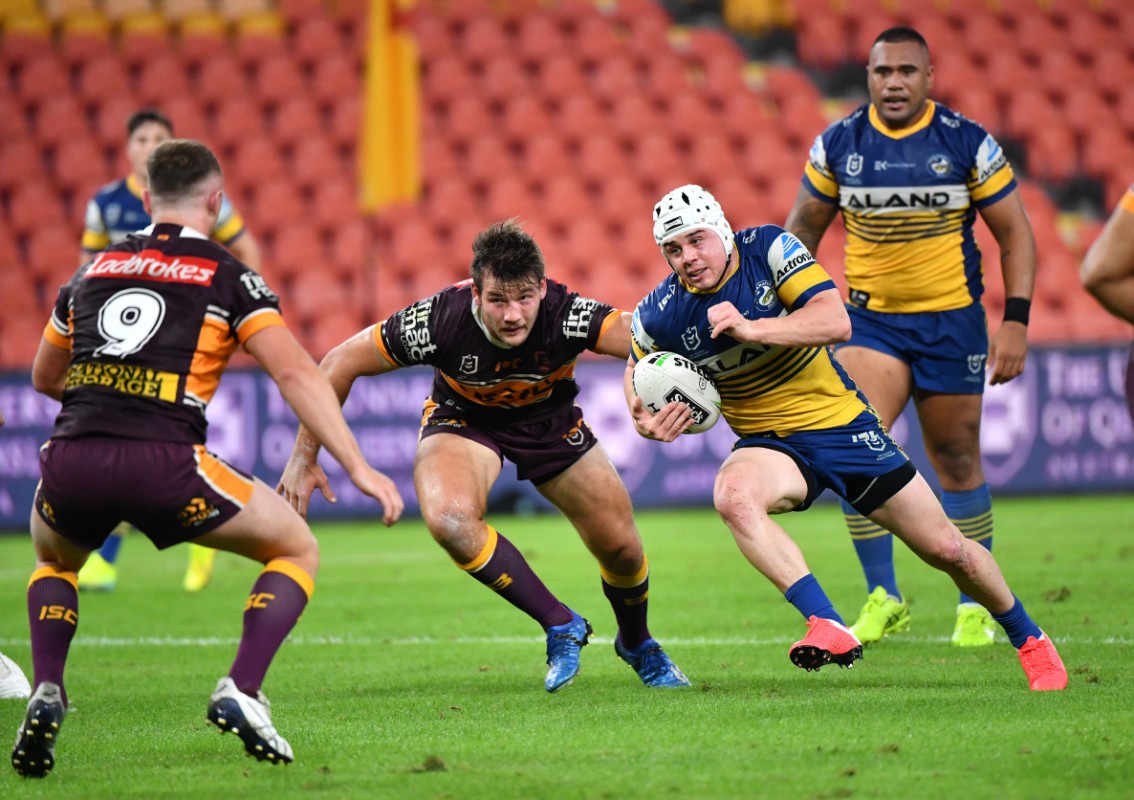 After being inside the top two for most of the season, Parramatta have now found themselves in an end of the season wobble and all out of sorts as they barely cling to fourth place following a 20-2 defeat to Penrith in round 18. As the finals sit just around the corner, Brad Arthur’s side will undoubtedly need some more momentum and this match-up could be the perfect chance to get back up and running as they face a Brisbane side that could still end up with the wooden spoon this season if they are not too careful. The Broncos have lost their last nine so it will be interesting how they plan on trying to end that drought here.

Team news: A big boost for Parramatta as Reed Mahoney is back from a shoulder injury to be named at hooker.

With Payne Haas out for family reasons, there is a new front-row pairing for Brisbane as Ben Te’o and Joe Ofahengaue fill in the void. Tyson Gamble is the new face in the Broncos halves as Brodie Croft (head knock) and Sean O’Sullivan (dropped) sit out. 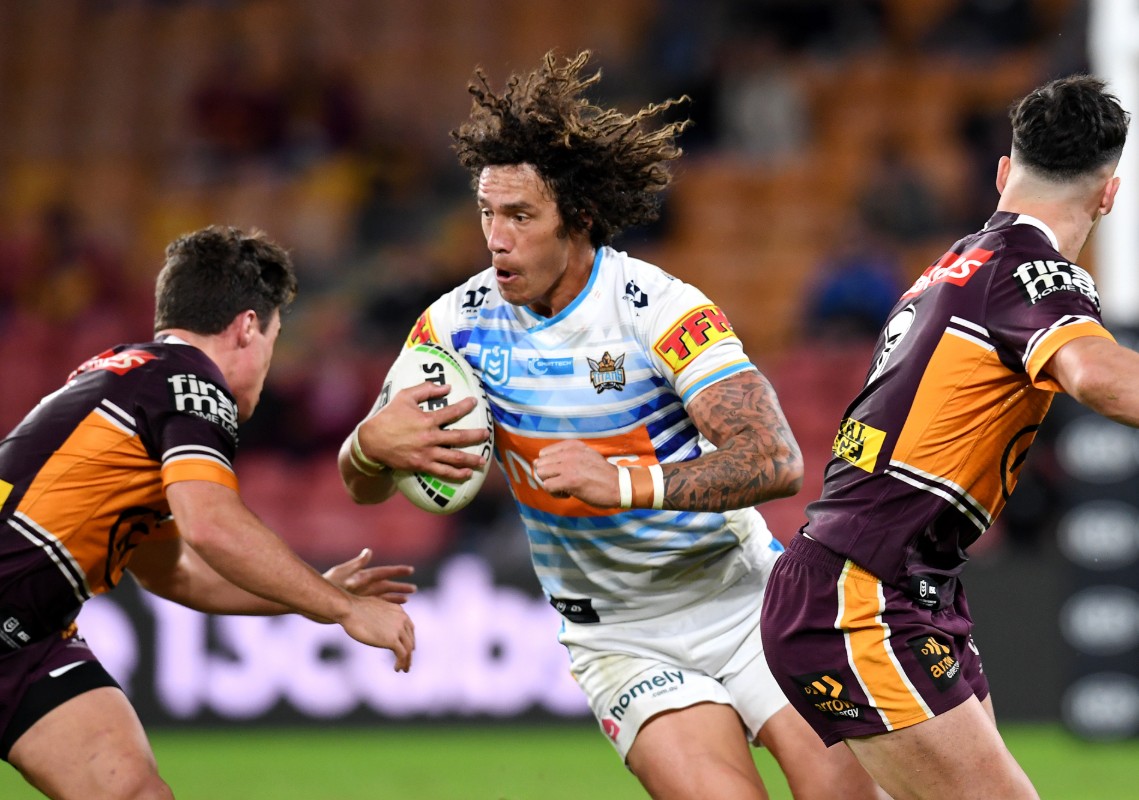 They may have been heavily favoured to make a decent run to the NRL finals this year but after a plague of injuries Manly just never were able to find themselves in a rhythm to make that push. The Sea Eagles finally ended their six-game losing streak with a win over Canterbury in the last round and again it showed just how important a player like Daly Cherry-Evans has been during their injury woes as he continues to put the playmaking duties on his back. As for the Titans, the progression they have made this year compared to last yields plenty of positives going forward. The duo of Ash Taylor and Jamal Fogarty seeming to form a great connection in the Gold Coast halves and they will be high on confidence after recording back-to-back wins over Brisbane for the first time in their 13-year history.

Team news: Tom Trbojevic is probable to return after being named in the reserves for Manly. Cade Cust’s injury means Lachlan Croker takes up the vacant stand-off spot while Danny Levi is back at hooker.

The Titans see skipper Kevin Proctor return from suspension in the second-row. 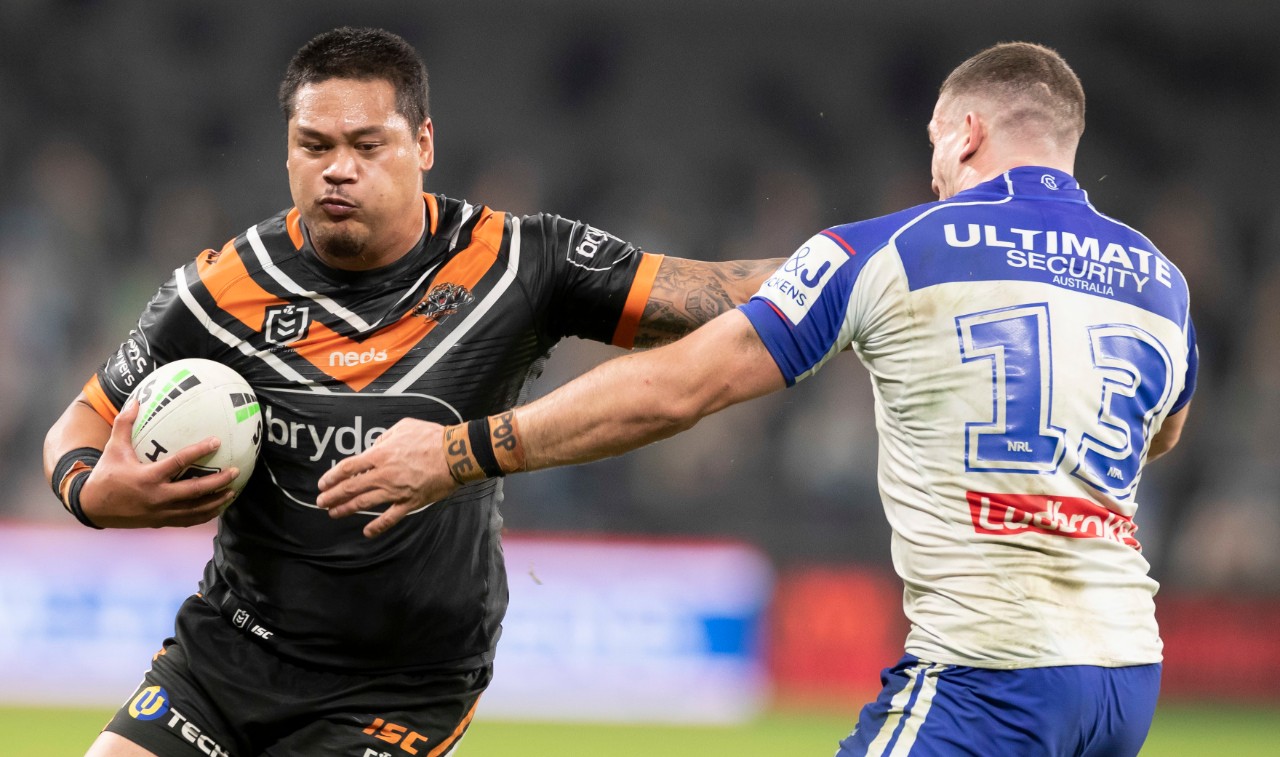 The Storm are on the end of another strong year as they notched their 15th win of the season in impressive fashion against North Queensland and it just goes to show they easily have all the experience and talent necessary to spoil the party of the likes of Penrith and Sydney when it comes to down to the big moments during the play-offs. A loss to the Rabbitohs spelt the end of the Tigers’ finals hopes so it will come down to finishing the season strongly and what a confidence booster it will be to knock over legitimate title contenders here.

Team news:  A forward re-shuffle for Melbourne as Nelson Asofa-Solomona shifts to lock, Christian Welch moving to prop and Tino Fa’asuamaleaui moves to the bench.

Josh Reynolds and Joe Leilua return to the starting line-up with Luke Brooks (suspended) and Tommy Talau (dropped) sitting out for the Tigers. Sam McIntyre is named in the back-row while Luke Garner reverts to the bench. 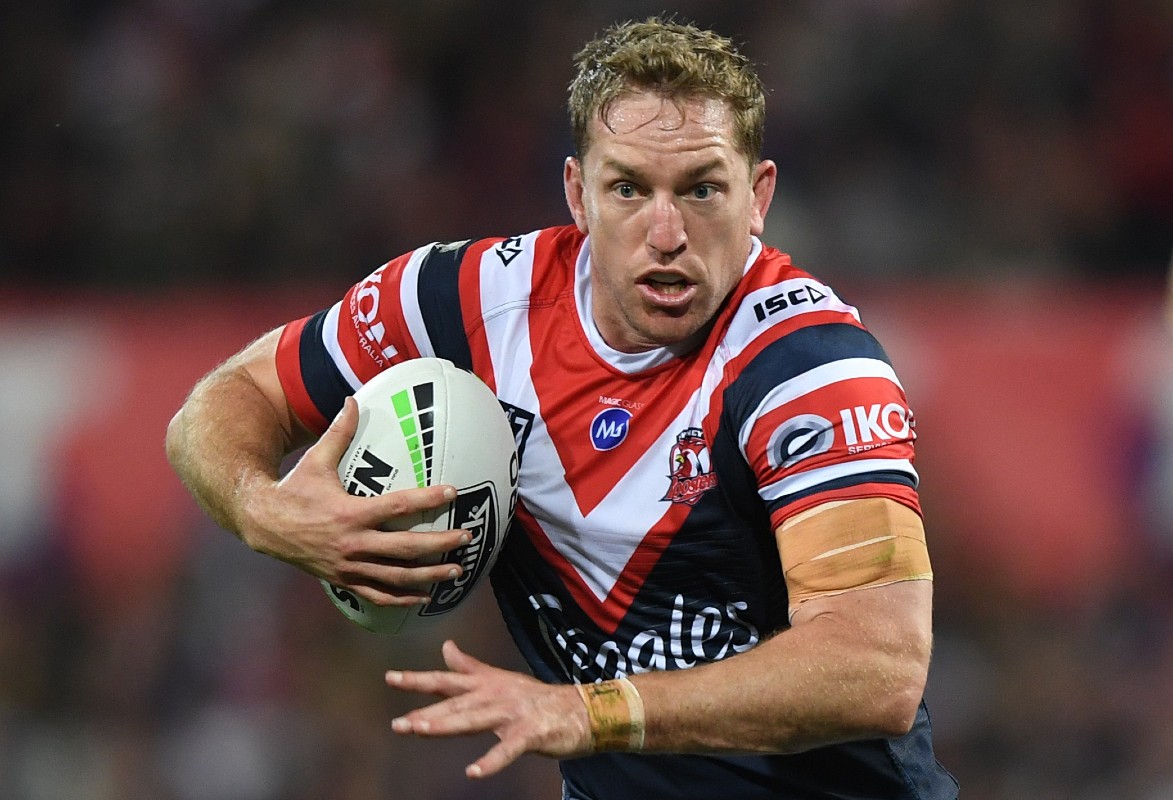 The Roosters’ freight train looks to be back up and running once more after seeing star talent make their returns from injury in recent weeks. Their win over fellow finals side Newcastle last week re-affirmed just how scary they can be when they get into full flow as the likes of Luke Keary and James Tedesco continue to cement their status as some of the game’s most elite players. As for Cronulla, their spot in the post-season is now confirmed but a lot more will be needed if they want to spring a surprise and a make decent push throughout the play-offs.

Team news: The Roosters look to play safe by resting James Tedesco and Siosiua Taukeiaho. Joey Manu moves to full-back while Mitch Aubusson is set to become the highest capped Roosters player of all time after being named at centre. Jared Waerea-Hargreaves starts alongside Lindsay Collins in the front-row. 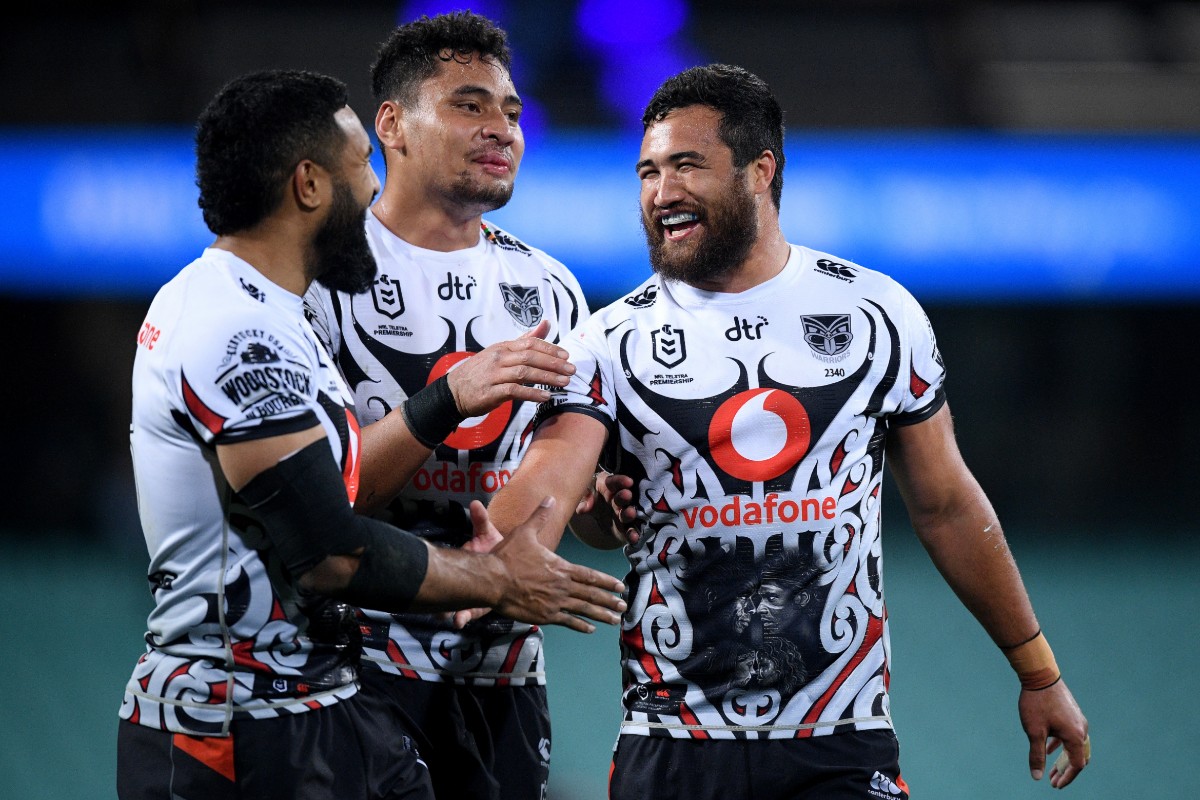 With two games remaining the Raiders have South Sydney in their rear view mirror but alongside that they can still keep the pressure on both Sydney and Parramatta who sit only two points ahead in joint fourth place with a win here. The Eels have been at their best as of late and as the Raiders hold a better points difference record so the opportunity is still there for Canberra to sneak fourth place. This match up may not be as much of a walkover as what may have been originally thought at the start of the year though as the Warriors have defied a lot that has been thrown their way and they even found themselves in finals calculations before having their hopes dashed with a loss to Cronulla last week.

Team news: Sia Soliola looks close to returning from a facial fracture but it maybe delayed another week according to coach Ricky Stuart. Siliva Havili starts at hooker for Canberra.

Jamayne Taunoa-Brown (suspended) is out for the Warriors while Adam Keighran starts at centre and Hayze Perham take his spot on the wing.

The Knights may be a confirmed team in the play-offs but they will have to pick themselves up following a heavy defeat to Sydney and try establish themselves as team that can give some of the heavy hitters a run for their money come the post season. They may not be able to finish in the top four but a home tie in the finals is still on the cards and they can do that by winning their remaining two games while hoping either South Sydney or even Canberra slip up. The Dragons, meanwhile, are sat 13th on the ladder and will be hoping to finish the season strong but will need to bounce back from their own disappointing defeat to the Raiders.

Team news: Kalyn Ponga is back in at full-back for Newcastle after a week’s rest. Mason Lino drops out and Tex Hoy takes up the five-eighth spot. Mitch Barnett also returns at loose forward.

Tariq Sims looks set to return from the bench for the Dragons while Max Feagai is set to make his debut from interchange as well.