The Cowboys started the game in good fashion as winger Ben Hampton scored after his side had consecutive sets, with Valentine Holmes converting.

Justin Holbrook’s Titans levelled the score in the 14th minute though as Brian Kelly turned the Cowboys defence inside out to go over out wide. Ash Taylor’s conversion was good. 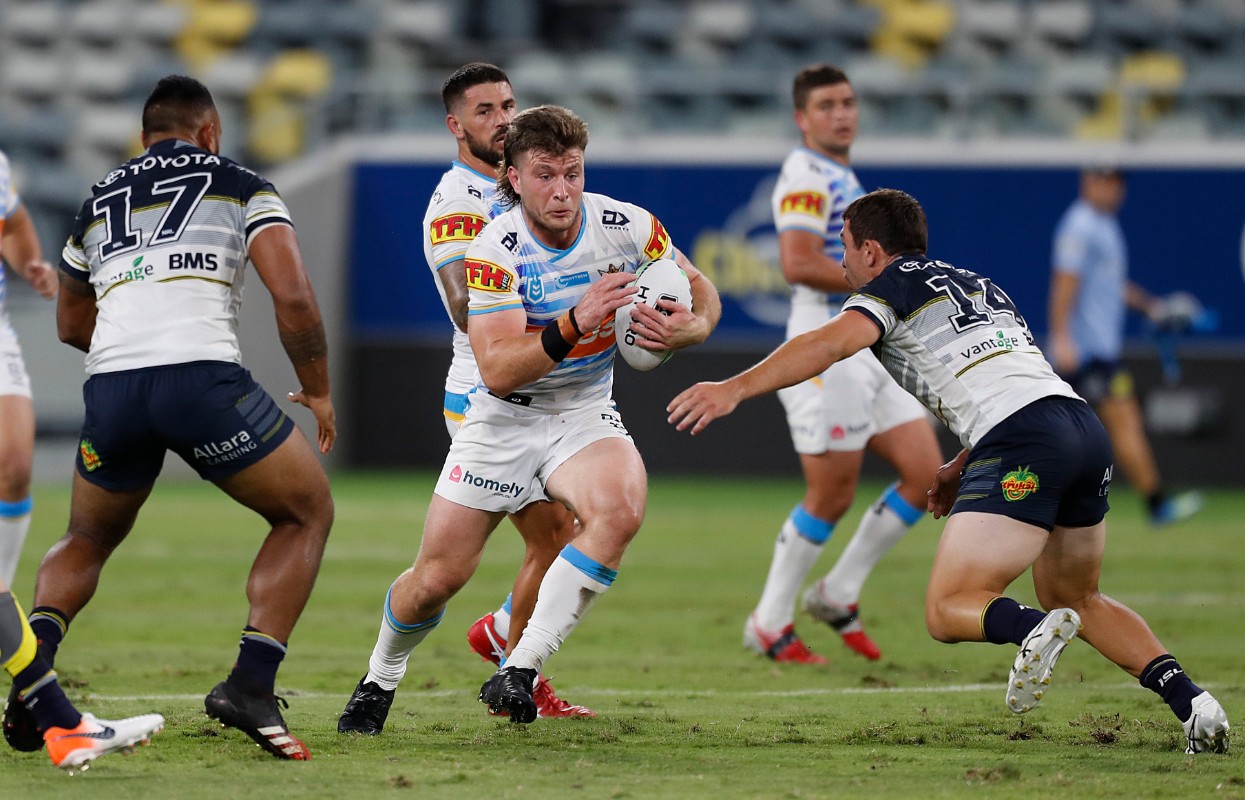 North Queensland Justin O’Neill scored on the back of a flat ball from Scott Drinkwater to fire the home side back into the lead, with Holmes again adding the extras.

The Cowboys were dealt a blow on the half hour mark as Mitch Dunn was sin-binned for a professional foul but Holmes added a penalty goal not long after to give his side a 14-6 advantage at half-time.

Paul Green’s side were just too strong in the second half as hooker Reece Robson bagged a brace after scooting from dummy half on both occasions. Holmes converted both to put the Cowboys 26-6 ahead after 58 minutes.

Hampton got his second in the 67th minute after a fine passing move which put the game out of reach for Gold Coast. 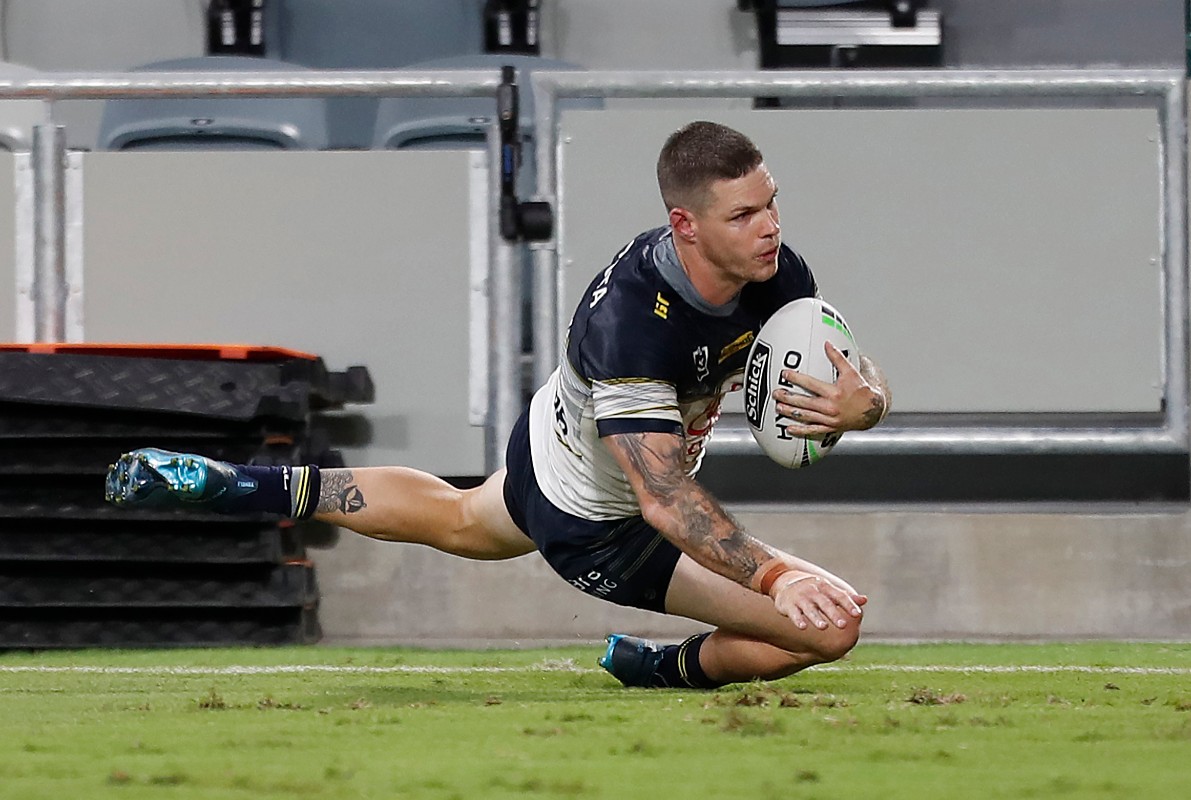 North Queensland had Coen Hess sent to the bin in the latter stages for a professional foul but they still managed to get another try on the scoresheet through Kyle Feldt. Holmes’ sixth goal of the night wrapped up a comfortable 36-6 victory for the Cowboys.