New Rugby Football League president Clare Balding is excited to take over from Tony Adams and wants to help grow the development of the women’s game.

The broadcaster has officially replaced the former Arsenal captain in the role and during a podcast on BBC Radio 5 Live addressed where she would like to improve the sport.

Balding, who is the 30th RFL president, will speak at an annual general meeting on Wednesday and be in post for two years.

Thank you to @TheRFL for the honour of being your President. I will do all I can to spread the word about this glorious sport – particularly to increase participation of women + help generate interest in next year’s Rugby League World Cup @RLWC2021 #rugbyleague #greatestgame pic.twitter.com/B7jfJuzzBJ

She said: “I would certainly love to try and help the development of the women’s game, obviously with the World Cup next year being men’s, women’s and wheelchair.

“I have been a presenter of the Paralympic Games for a long while so I would again try to and hope to create a trend so for girls it is the cool thing to do and make sure wheelchair users realise this is the most exciting sport you can do in a wheelchair because it is!

“And I think I also might be able to have an influence with the media background in trying to make the most of really showing outside rugby league’s core audience how extraordinary a sport it is and how diverse it is and the opportunities that brings.

“It is not just about getting a Canadian audience, but making ex-pats feel this is the sport they should follow. I am really thrilled and a bit nervous as well, but excited as well.”

Balding revealed her grandmother, who grew up in Knowsley, “loved” Rugby League and described it as a “proper sport” while the pair used to watch the Challenge Cup final every year. 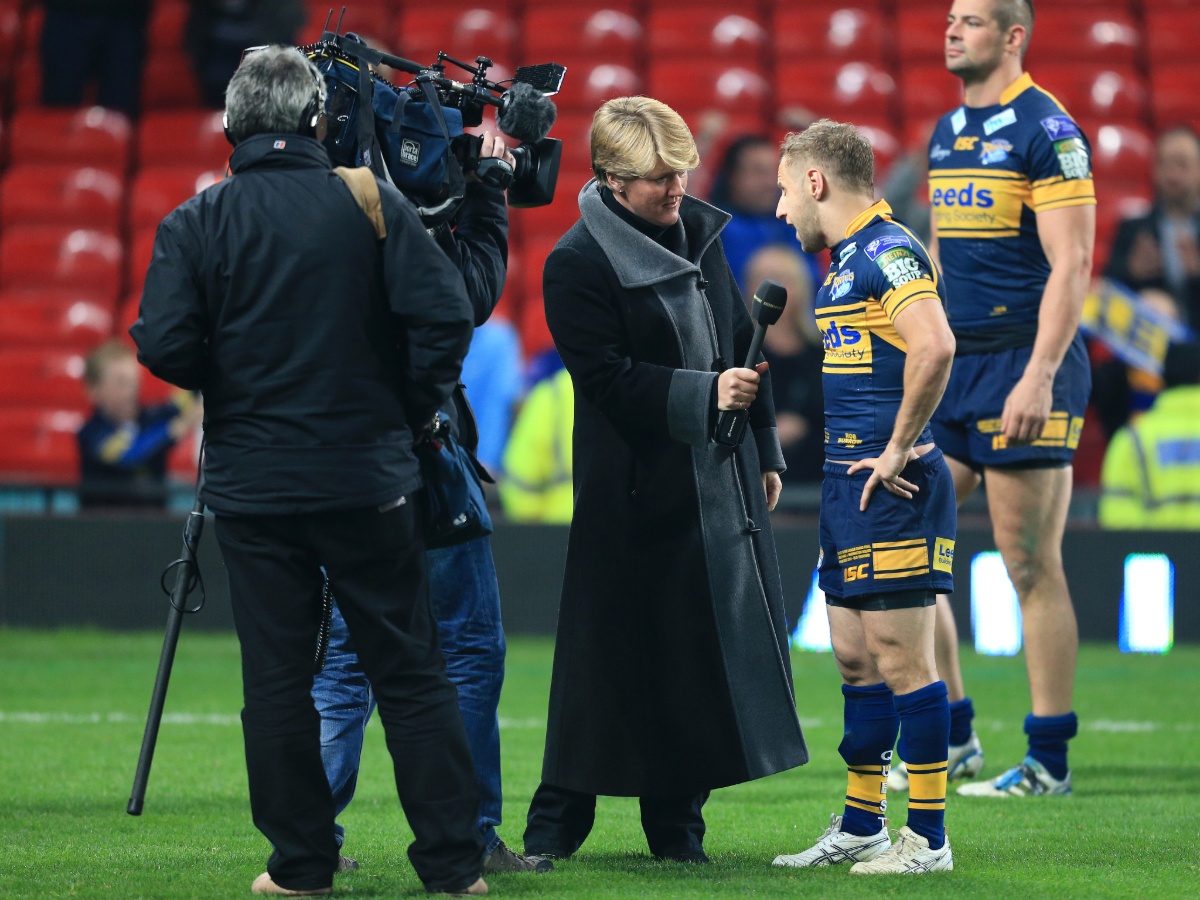 The 49-year-old was given her first chance to present the code by BBC director Martin Kemp in the early 2000s.

“It seemed to me it was a completely different atmosphere. It never felt intimidating, they might sing a funny song about the referee, but they would never have a go in a vicious way at players.”

The diversity of Super League has also always impressed Balding, who believes the women’s game can make big strides over the next 12 months ahead of the 2021 World Cup.

She said: “There isn’t a single other top professional sport whose domestic league includes teams from France and North America.

“It is extraordinary and so visionary and it excites me because I think it is a whole fresh injection of interest and energy.

“I also wonder if women’s rugby league can show other sports, how if it is properly supported, nurtured, financed and encouraged, that it can grow really fast and become a commercial success.”

England will host the men’s, women’s and wheelchair Rugby League World Cup in November 2021 and the new president of the sport is hopeful normality will have resumed in the UK after the coronavirus pandemic.

“Let’s hope by November next year we are in a position where we can have full stadiums and actually rugby league’s timing in this instance is going to be perfect and it will be a glorious celebration of everything the game is and can be,” Balding said.