The My First Game series features players past and present, officials and fans telling us of their memories of their first game of rugby league – be it as a player or simply as a fan.

The Ireland international half-back departed Super League following a brief stint at Widnes at the back end of last season but will continue playing next season for Newcastle Thunder in League 1, combining that with a new coaching role at Wakefield.

Finn, 35, has plundered more than 2500 points in a career that has taken in significant spells at Dewsbury, Featherstone, Castleford and Widnes.

Though he had to wait many years to establish himself in the top flight, he actually made his professional debut in Super League at the age of 18 for Halifax against one of his future clubs, Castleford.

He recalled: “I used to train with the first team when I didn’t have school/sixth form during the week and then on a Saturday morning, I didn’t used to go because I worked on my uncle’s milk round and they were usually just doing captain’s run.

“That week, I’d gone back to bed after working and the phone rang. My sister answered and I heard her say ‘no he’s in bed, he’s been working’ and then two minutes later she came in and said ‘I think you better go to the phone because it’s Steve (Linnane).’

“He said ‘how long will it take you to get to training’ and I said about 10 minutes and he said ‘good because I need you down here now’ so I rushed down to training and he said I was playing the day after.

“In my head I was absolutely nowhere near being picked for a Super League team, I was just happy to be training with them.

“Usually as I’d been up since 4am in the morning I’d be fine getting to bed, but that night before I didn’t get much sleep to be honest! So I pretty much played with three or four hours sleep in two days!”

In that game, a 38-14 defeat, teenager Finn kicked three goals having started at half-back alongside Gavin Clinch. The Blue Sox had led 14-8 at half time but were turned over in the second half by a Castleford side that would finish in a play-off spot that season, while Halifax finished 9th.

The man who handed Finn his debut, Steve Linnane, would be sacked the game after – a 64-0 thrashing at St Helens in which Finn once again started at scrum-half, alongside Andrew Dunemann. 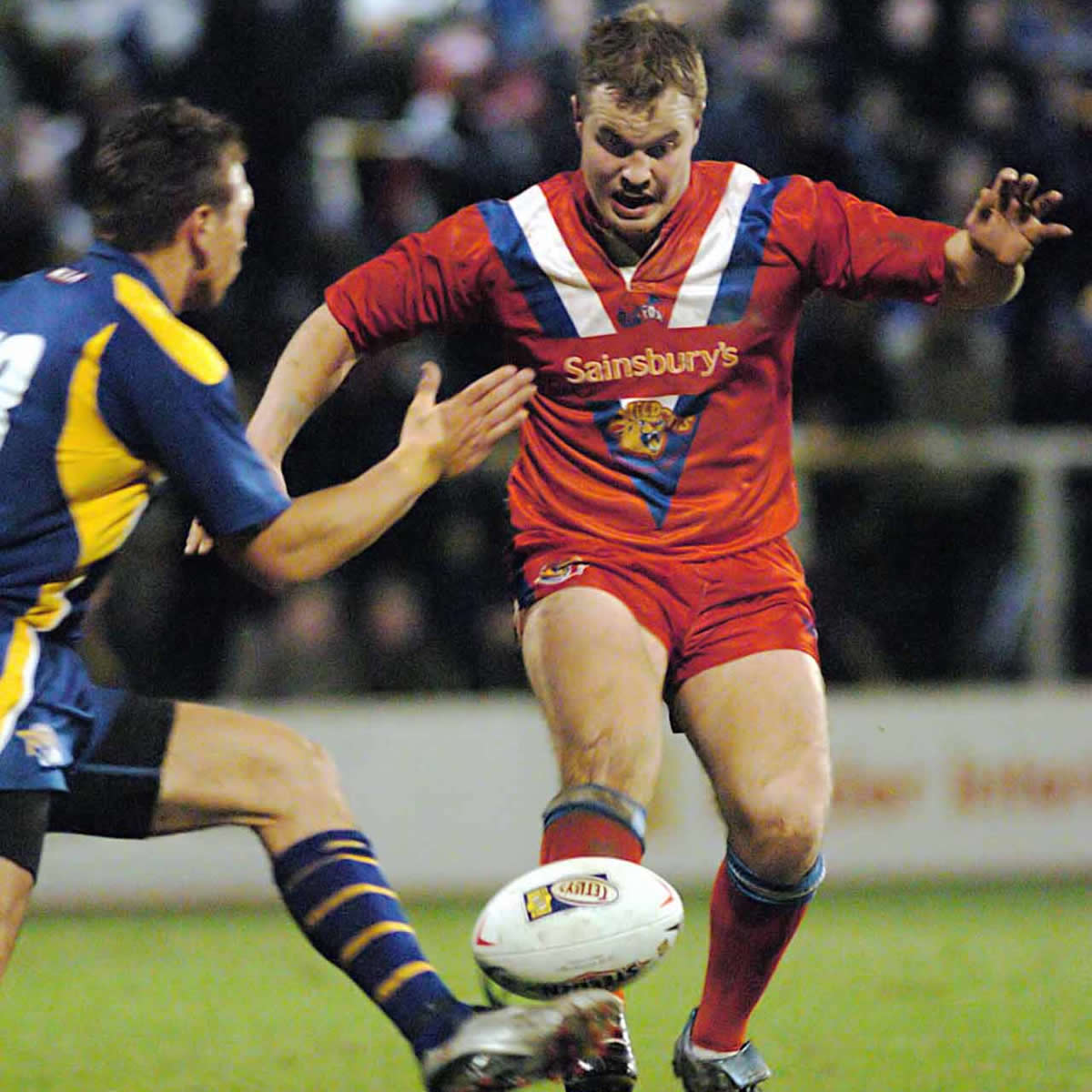 In his first appearance under new coach Tony Anderson, Finn would orchestrate a 25-20 win over Wakefield, which would be the only time he tasted victory in a Blue Sox shirt.

Finn would play 17 times in a difficult 2003 campaign for Halifax, which saw them finish bottom and be relegated, and after a couple of appearances for Wakefield in 2004, he was forced to drop down to the Championship to make a name for himself.

Though probably too young to remember, having been born in 1983, in Finn’s early years Halifax were cream of the crop – winning the RFL Championship in 1986, followed by the Challenge Cup and Charity Shield the following year.

He said: “I can’t remember my first game as a fan. I can remember the time, going to watch Halifax as a real youngster but my early memories are of being around that Championship winning team at Halifax but not really being old enough to understand what was going on.”

That would be the club’s last silverware until 2012, when Halifax won the Northern Rail Cup, ironically beating Finn’s Featherstone at Blackpool.

It was during Featherstone’s period of dominance in the Championship that Finn’s stock rose, and that earned him five years in Super League, as well as a record 28 caps for Ireland, including taking in the 2008, 2013 and 2017 World Cups.