The Challenge Cup has proven a common ground for young players to make their debuts – and for Wigan’s Lee Mossop, it came against a less common opponent.

Now at Salford, Mossop made his debut for the Warriors in a 74-4 drubbing of French side Pia Donkeys, back in 2008.

Then coached by Brian Noble, a pretty fearsome Wigan side put their opponents to the sword at the DW Stadium, with flying wingers Mark Calderwood and Liam Colbon both scoring hat-tricks.

There were few recognisable names in the Pia line-up. Australian Paul Franze, formerly of Cronulla and Penrith, played in the back-row while at centre was Chris Calegari, who played for Italy at the 2017 World Cup. Former Hull KR, Catalans and Toulouse prop Sebastien Martins also played.

Mossop said: “I’ve got an awful memory but I do remember that day!

“I had no idea during the week that I was going to play, the coach at that time was Brian Noble, and I think it was out of me and Mark Flanagan, and it was one of them ‘I’ll decide on game day’, turn up and whoever shirt’s up is playing and luckily enough my shirt was up.

“I was back rower in them days, I tripped over the line and got a try. 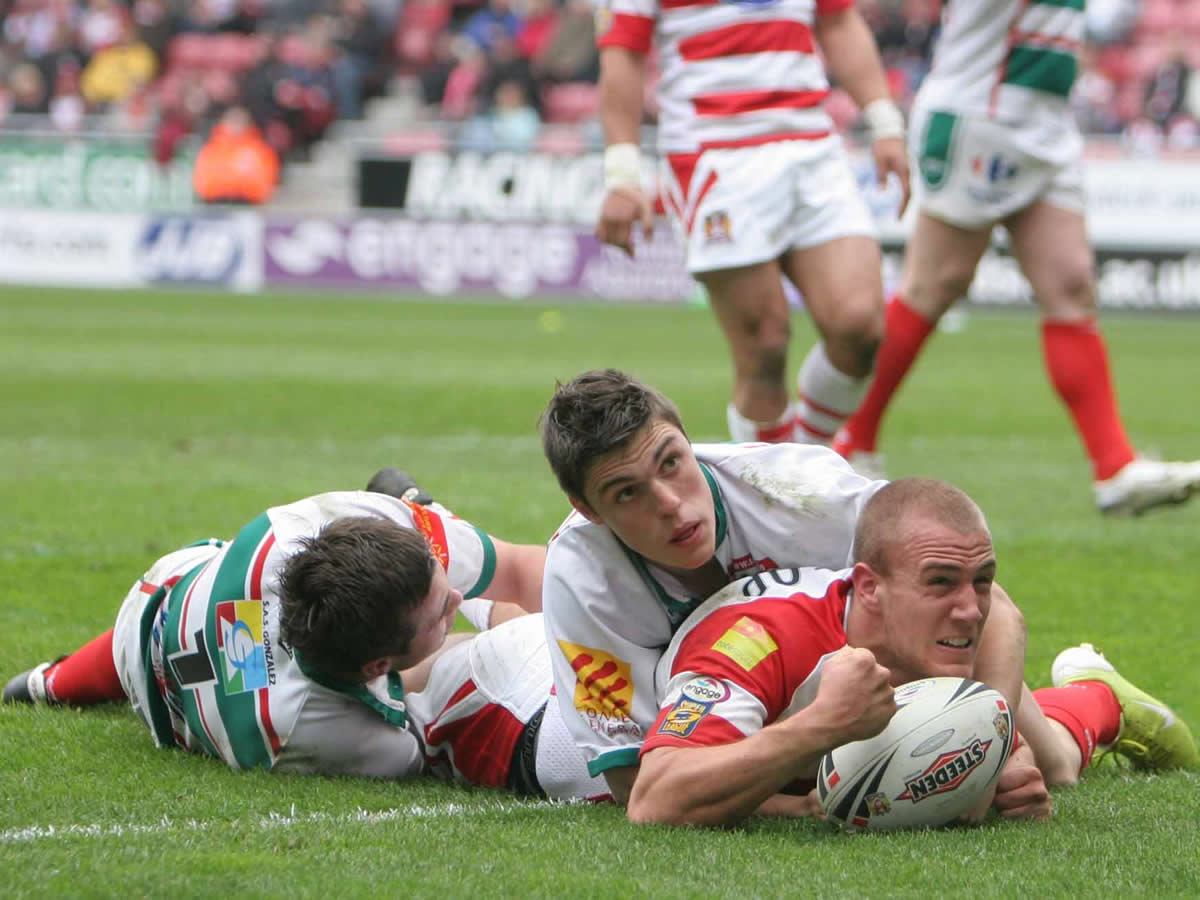 “It was outstanding to make my debut, it was something special and we had a pretty decent crowd on that day and gave them a good hiding.

“There was a lot of young players coming in at that time and it happens every year at clubs like Wigan, Saints etc.

“They buy into the academy, the reserves, they pump a lot of money into developing players and it bares fruit.

“If you look at the last few years, the winners of the Grand Final have been full of ex-academy players.”

The Cumbrian forward spent time on loan at Barrow and Huddersfield in the early parts of his career, before being recalled to Wigan following injuries to Sean O’Loughlin and Harrison Hansen.

He developed nicely from there, making 95 appearances for the Warriors in his first stint, earning international honours with England Knights and the full England team, before the NRL came calling.

Mossop signed a two-year deal with Parramatta Eels, but an injury-hit stint Down Under was cut short after just three appearances and he would return to the Warriors for two further seasons, before moving on to Salford in 2017.