Matthieu Khedimi was released by Catalans as a youngster – but he still dreams of playing in Super League one day.

The 23-year-old, who is the son of former France international Mathieu Khedimi, only began playing rugby league five years ago and he soon landed a professional contract with Catalans after impressing on trial.

After graduating from the Under-19s system, Khedimi carried on playing with the Dragons’ reserves, Saint-Esteve.

Impressive performances at hooker for Saint-Esteve saw Khedimi earn his first-grade call-up by Steve McNamara, playing in a Challenge Cup match against Hull FC in 2017.

Unfortunately for Khedimi, it would be the last time he would play for Super League’s only French club before being released.

Khedimi has been with Carcassonne since the start of the 2018 campaign, where he has become one of the standout stars of the Elite One Championship.

He said: “I played two games with the Catalans first-team – one in a friendly against Wigan and then one in the Challenge Cup against Hull FC.

“I trained with Catalans a little bit but I played mainly for the reserves. I then moved to Carcassonne and it was a good opportunity so I took it.

“It’s my second year with Carcassonne and we had a good season in my first year here. The club was amazing with me, so I decided to stay here for another year.” 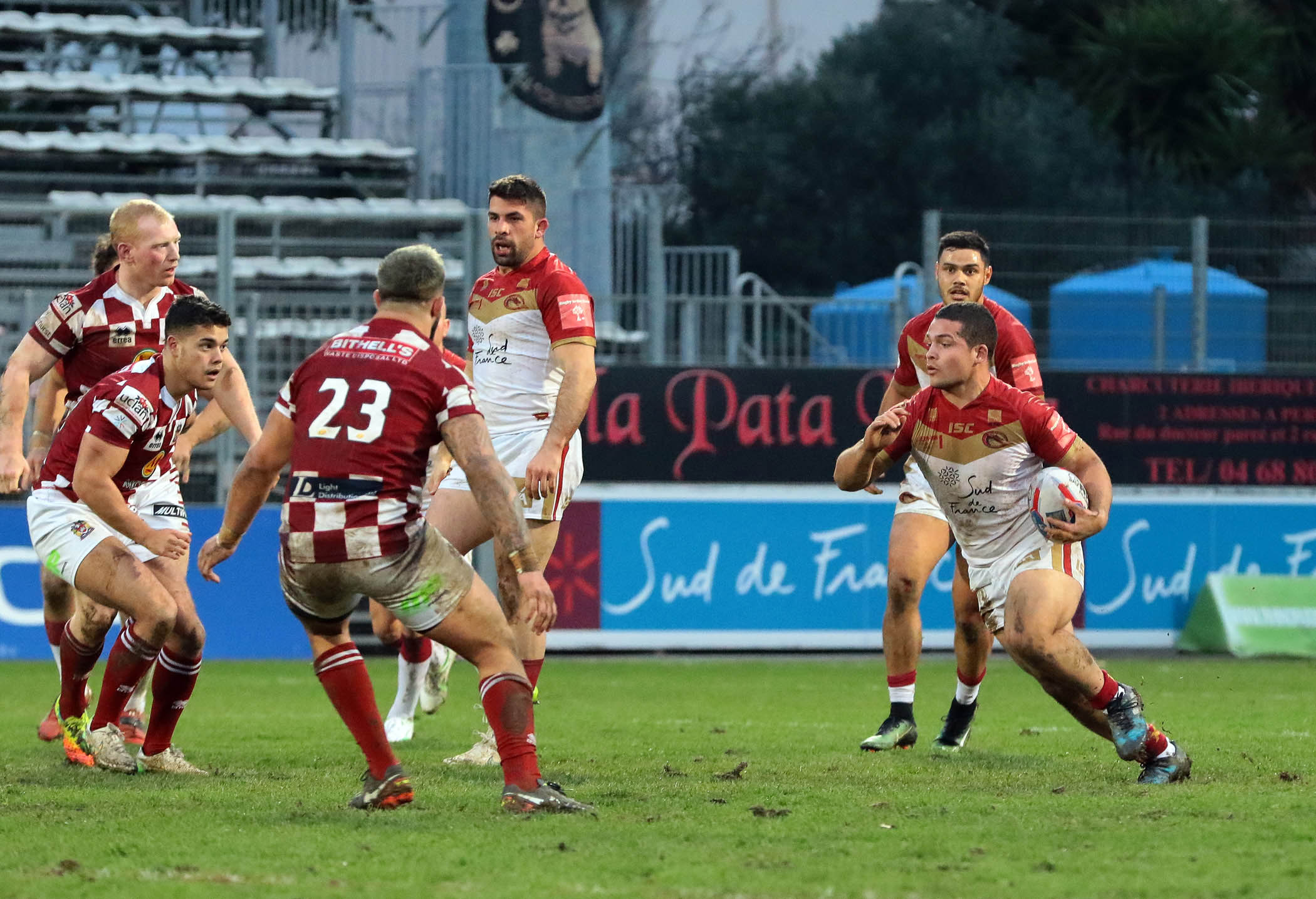 The Elite One Championship is relatively unknown to British rugby league fans – but it is a competition steeped in history.

It was only created in 2002, but the French Rugby League Championship was actually formed in 1934.

And rugby league is more popular than you’d think with the general public in the south of France, with teams from Albi, Avignon, Lezignan, Limoux, Palau, Perpignan, Saint-Gaudens, Toulouse, Villeneuve and of course Carcassonne competing in it this year.

Khedimi added: “The Elite One is fantastic because there are a lot of good players.

“There are a couple of players who come from England, New Zealand and Australia to play for the clubs but there is also a lot of good French players, some of whom have played for the French national team.

“It is not the fastest league but it is a tough competition with good players. I would say the standard is around the same as low end Championship or top half League 1.

“Rugby league is improving in France as we have seen the rise in teams. There are new teams being created like Montpellier and Toulon, and they are places where there are already big rugby union clubs so it is pretty easy to attract players for rugby league.”

And even though Khedimi is happy to ply his trade in France’s Elite One Championship, his ultimate goal is to one day play for a Super League club.

Khedimi passionately continued: “The Elite One Championship is a good level but the Championship (in England) is better and of course the Super League is a lot stronger.

“It is always a dream to play in the best competitions so you always have to aim for the highest you can.”

Listen to The Final Hooter podcast, featuring exclusive interviews, every week. SUBSCRIBE to Love Rugby League on Apple Podcasts.
About Drew Darbyshire 8364 Articles
Love Rugby League Deputy Editor. Joined the site ahead of the 2017 World Cup and been a full-time reporter since 2018.
Twitter