Love him or hate him, Maurice Lindsay was a rugby league visionary.

It was November 1982, and in the immediate aftermath of the Falklands conflict, Britain was thought have rediscovered some of its purpose on the global stage. After the economic stagnation of the 1970s and early 1980s, Britain’s swift victory unleashed a wave of patriotism amongst the population. “We are”, the Prime Minister declared “ourselves again”. For British rugby league supporters, however, there was no such triumphalism.

The Australian Kangaroos shook the rugby league establishment to its core during the gruelling autumn and winter of 1982. In match after match, across the country, the Invincibles turned the Great Britain side into a national embarrassment. “There was no British fire, passion or hero. Tackling was dreadful, passing amateurish and tactics seemingly confined to one man charges” reported one national newspaper. As the Guardian’s Paul Fitzpatrick memorably put it, British illusions about the state of the game “peeled away like tangerine skins”.

But to the surprise of many, the 1982 tour proved to be the catalyst for a remarkable upturn in rugby league’s fortunes. Long before football’s Premier League, league clubs turned fans into consumers, coaches into managers and part-time players into superstar professionals as it adapted to the demands of the modern sporting landscape. The Australian influence advanced the British game at such lightning speed, attracting more spectators, more sponsors and more money to the game that watching a match in 1980 and 1990 was like watching two sports from different planets. And much of that change was down to the influence of Maurice Lindsay.

The influence of Maurice Lindsay 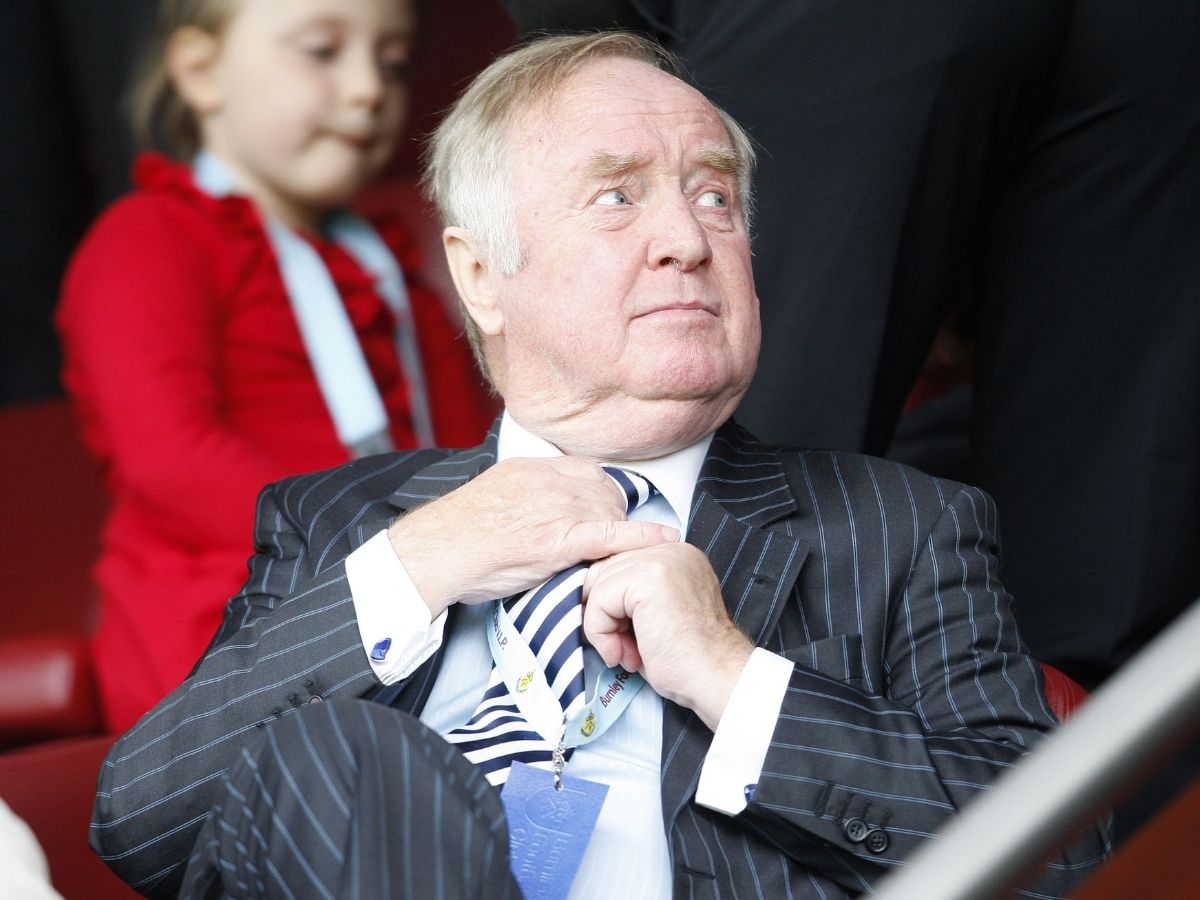 The death of Maurice Lindsay serves as a reminder of just how far the game advanced during that decade. In the early 1980s, Wigan embodied rugby league’s managed decline after being relegated to the Second Division. As talented local juniors drifted to neighbouring clubs, new signings struggled in the shadow of past icons. The old-school directors seemed powerless to modernise the club, and the club coach – Vince Karalius – believed they were “sick” and that he was no longer “the right doctor” to cure them. But, more importantly, the town had given up too. Wiganers didn’t have to be too old to remember the immediate post-war years when in just one season, over a million people paid through turnstiles – from Cumbria to Liverpool – to witness them in action. But, as the 1980s dawned, they were down to around 3000 supporters a week. And when they played away, crowds went down, not up.

What frustrated Lindsay most was the directors’ acceptance of Wigan’s decline. After each defeat, he watched on as the ageing businessmen on the board poured out the whiskey and champagne for each other. Downstairs, tucked away in a tearoom, the players made do with warm beer. As a self-made businessman, he had ideas about how the club could turn itself around and jumped at the chance to join the board in April 1980. But he quickly found out that his money didn’t buy him any influence. At his first board meeting, Lindsay attempted to offer some insights from the business world on turning their fortunes around. He was interrupted mid-sentence and informed that his job was to pour the tea as the most junior member.

As Britain slowly evolved into a market-based economy in the 1980s, the conditions switched decisively in Lindsay’s and Wigan’s favour. Taking the lead from Australia, Lindsay urged the sport to capitalise on the new business opportunities that the 1980s had created. “If rugby league pretends to be a game of national importance and wishes to attract major sponsorship, then some clubs need to improve their standards all round – and rapidly.” Moreover, he argued that clubs needed to “supply the public with excitement” because they could no longer rely on loyalty from people just because they lived in the town. “We are competing with Dynasty and Dallas,” he said.

As the leisure industry changes, people expected higher customer service standards if they were to part with their money. Lindsay radically changed how Wigan marketed itself to spectators, whether through pre-match entertainment or by investing in new facilities at Central Park. There was also a recognition that the supporter base was changing. For the first time, the club offered a creche service “so that parents with very young families can have their children looked after while the grown-ups watch the match”. In contrast to the violence of the football terraces, rugby league emerged as a glamorous alternative, a sport that sponsors wanted to be involved with.

Part of that change was to make the players the real stars of the rugby league show again. In the 1970s, player wages were often collectively organised, meaning that players were usually paid the same (a winning bonus, losing pay and extra bonuses for cup wins). A player strike at St Helens in 1976 highlighted just how many players were unhappy at their deal. “No one could live off what we pick up”, argued Saints Captain Geoff Pimblett. “The money we get out of football hardly keeps the kids in toffees”. The influx of Australians in the 1980s and the increasing professionalisation of Wigan would blow the old philosophy apart. At Wigan, market forces alone would decide how much a player was worth. 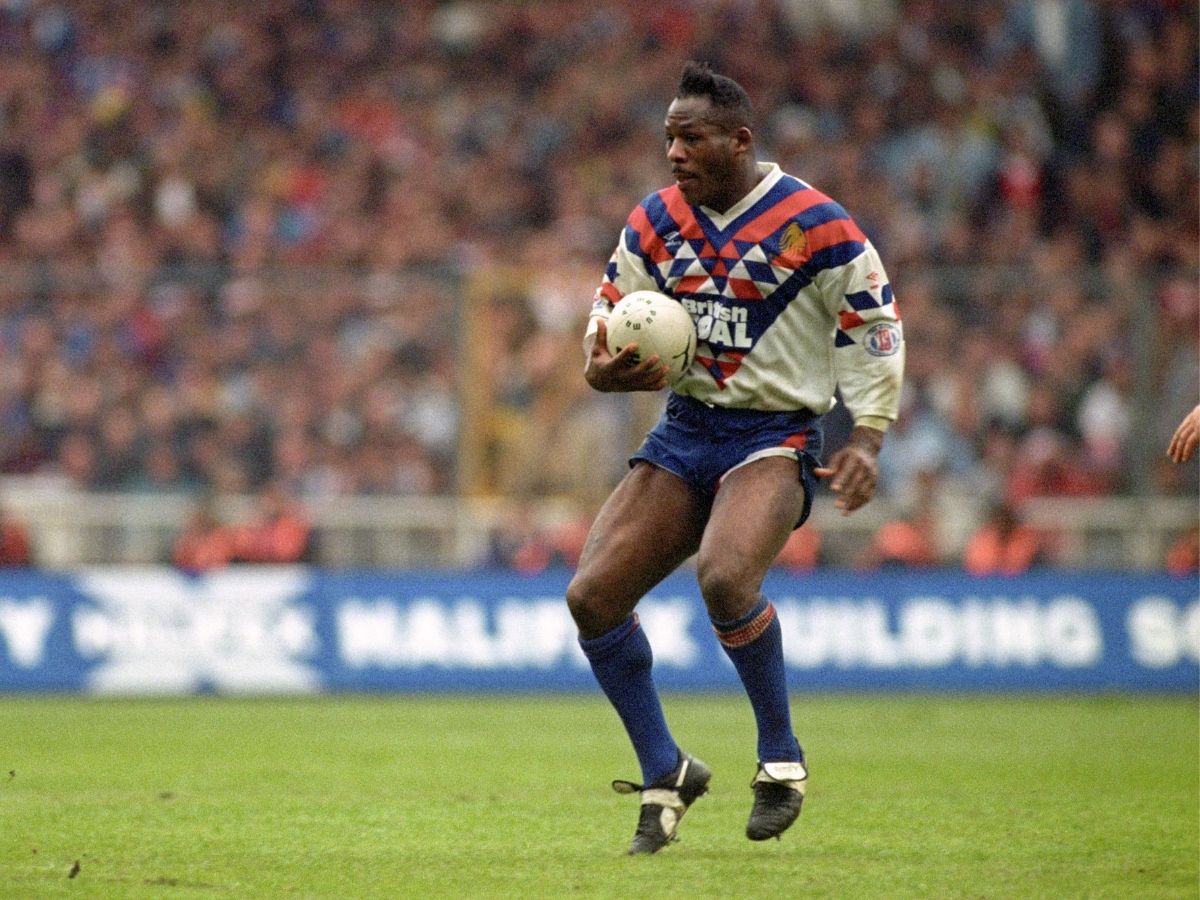 No player embodied the changing dynamics more than Ellery Hanley, whose signing in 1985 truly accelerated that economic change. Lindsay’s ambitions to turn Wigan into Britain’s first professional side were matched only by Hanley’s desire to become one of the best athletes in the world. Before Michael Jordan ushered in the age of the individual sports star in the US, Hanley had already decided that he would treat rugby league as a full-time job. Lindsay gave Hanley the platform to do it on the field by pushing standards off the field.

Wigan’s modernisation in the 1980s was the key factor in the revival of the British game after the nadir of 1982. The now infamous “winner takes all” World Club Challenge against Manly in 1987 only really happened because the Australians expected a walkover. Wigan’s victory provided a boost for the British game, and by the end of the decade, Great Britain were back competing with the Australians again. Without the changes instigated by Lindsay at Wigan, it would not have happened so rapidly, if indeed at all. 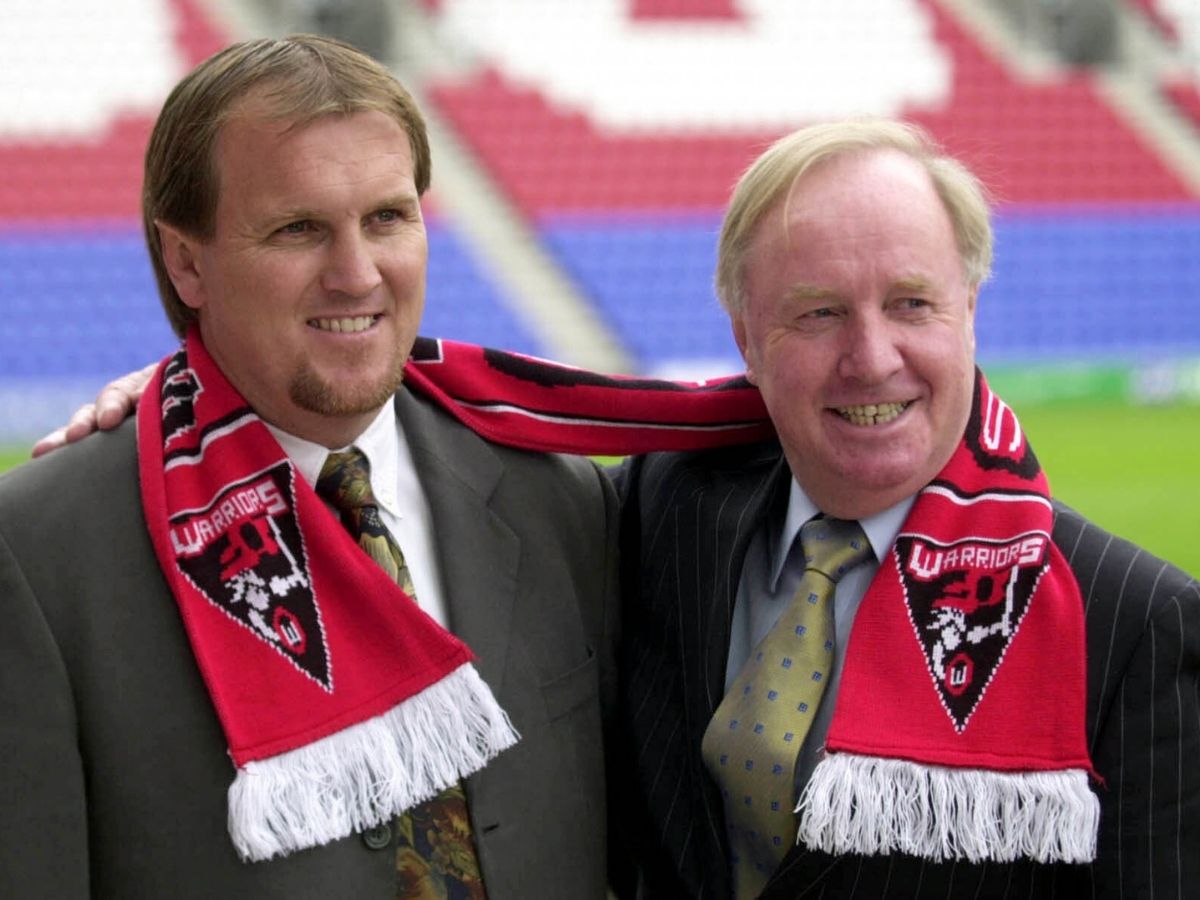 In the wake of his death, it would be wrong to argue that Lindsay was a universally adored figure in rugby league circles, nor would he want us to portray him that way. His opponents argue that he had simply got lucky in the 1980s. Unlike many rugby league towns, Wigan had been better protected from the industrial change that hammered the smaller pit villages in West Yorkshire and had crippled the fishing industry in Humberside. Wigan had then raided the best talent and fuelled an unsustainable wages boom. And in the early 1990s, Wigan, too, would be racking up debts after attendances reached their natural limit.

As many clubs struggled with the fallout from job losses in their towns, Lindsay began to embody some of the harsh, cut-throat attitudes of Thatcherite business. Struggling industries had been encouraged to “streamline” in the early 1980s, resulting in mass cost-cutting and redundancies. Rugby league, it was argued, was in the same critical position with too many clubs playing too many games. There would, Lindsay warned, be little future for a game of “35 clubs in terrible little, tiny areas all competing to get the same sponsors, the same people through the turnstiles, the same players.” When Super League was proposed in the 1990s, the very idea of cosying up to Rupert Murdoch was evidence of his real priorities.

The reality of Maurice Lindsay’s time in rugby league was much more nuanced, than the hero/villain divide would suggest. Underpinning his motivations was the desire to put the game on a pedestal with the establishment sports of football, cricket and tennis. He once remarked that he had to do battle because the ordinary spectators were too humble to do it themselves: “Rugby league fans ask for nothing. For most of the century, all they expected is eighty minutes of good football. They haven’t even asked for cover over their heads. They have stood in most grounds in pouring rain…uncomplaining and undemanding”. It was a romanticism for the game and its people that was often lost in his eagerness to do battle with his opponents.

When asked what he would like his epitaph to read, Lindsay once replied that he would like people to say, “Well, he did have a go”. “I never wanted to be an ambassador, a diplomat,” he revealed. “I just wanted to be a fighter for an underprivileged sport”.  For the past 125 years rugby league has struggled to find enough the people who are fearless enough to challenge the established orthodoxy. In Lindsay, rugby league had a fighter who refused to be boxed in by the expectations that outsiders placed upon the sport. Rugby league will be a less interesting place without him in it.

Anthony Broxton is a cultural and political historian, best known for his writing on Labour history and rugby league for national publications such as The Times, The I, The Critic and Prospect. He is currently writing a book about British rugby league in the Thatcher years.