Early season favourites Lezignan won their local derby against Carcassonne 30-16 to pull clear at the top of the French Elite 1 Championship.

Ex-Catalans winger Jordan Flovie helped himself to two first half tries as they led 16-6 at the break.

Carcassonne fought back through Georgy Gambaro and Dane Francis to level the scores, but man of the match Thomas Lacans guided the hosts home.

The Leopards led 18-0 thanks to tries from Dimitri Biscarro, James Tuitahi and Gavin Marguerite.

Albi briefly threatened a fightback, but Villeneuve stretched their lead back out to 28-10 and that was more than enough to secure the win.

Toulouse secured their first win of the season against struggling St Gaudens, who have shipped 168 points in three games so far.

Etienne Depeyre, Gaeten Vick and Max Clarke all crossed for a brace of tries as Toulouse won 36-8.

St Gaudens have also been left reeling by the shock departure of Aussie recruits Dylan Morris and Josh Dowel, who said they “expected something else” from the club and the city.

Elsewhere, Avignon eased past St Esteve 42-6 as the Catalans suffered a second successive defeat to start the new season.

There are no scheduled games this weekend. 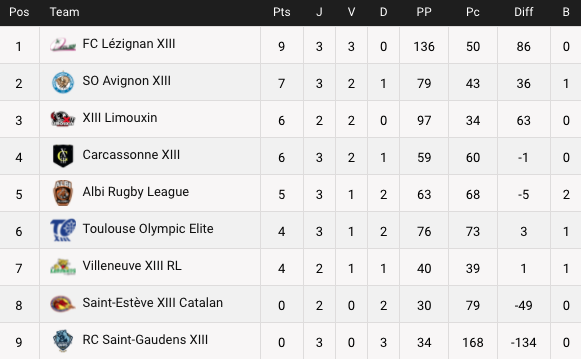 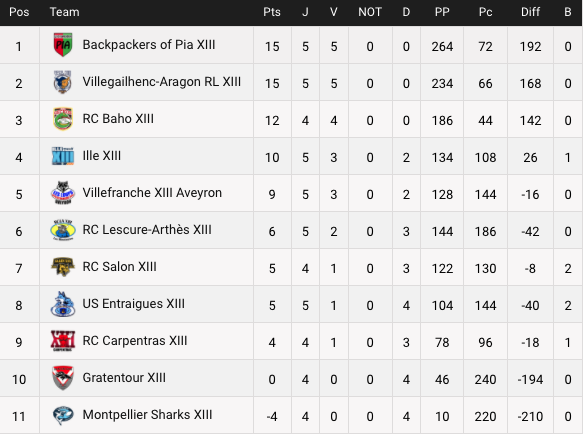 Despite French rugby league apparently being on the crest of a wave following Catalans’ appearance in the Grand Final and Toulouse’s promotion to Super League, not everything in the garden is rosy.

FUTURE: Over to you, France – England test a small step on pivotal path to the future

Our friends at Treize Mondial have raised a number of concerns.

For a start, the Elite 1 Championship starting with just nine teams – rather than the planned expansion from 10 to 11 – was a blow, and two late withdrawals taking Elite 2 Championship from 13 to 11.

There have been 12 forfeited matches in senior competitions, including six in the Coupe de France and two in Elite 2.

Worries about the shortage of match officials are continuing, and there isn’t really a short-term solution to this issue.