Simon Woolford made just one change to his Huddersfield outfit that won at Catalans two weeks ago. Jordan Turner came in for Jake Wardle.

The visitors took the lead at the AJ Bell Stadium thanks to a cheeky scoot from Adam O’Brien as he exposed Lee Mossop in defence.

Salford hit back in the 24th minute as Ken Sio went over in the corner. Lolohea missed the conversion, so the Red Devils were 6-4 down at the break. 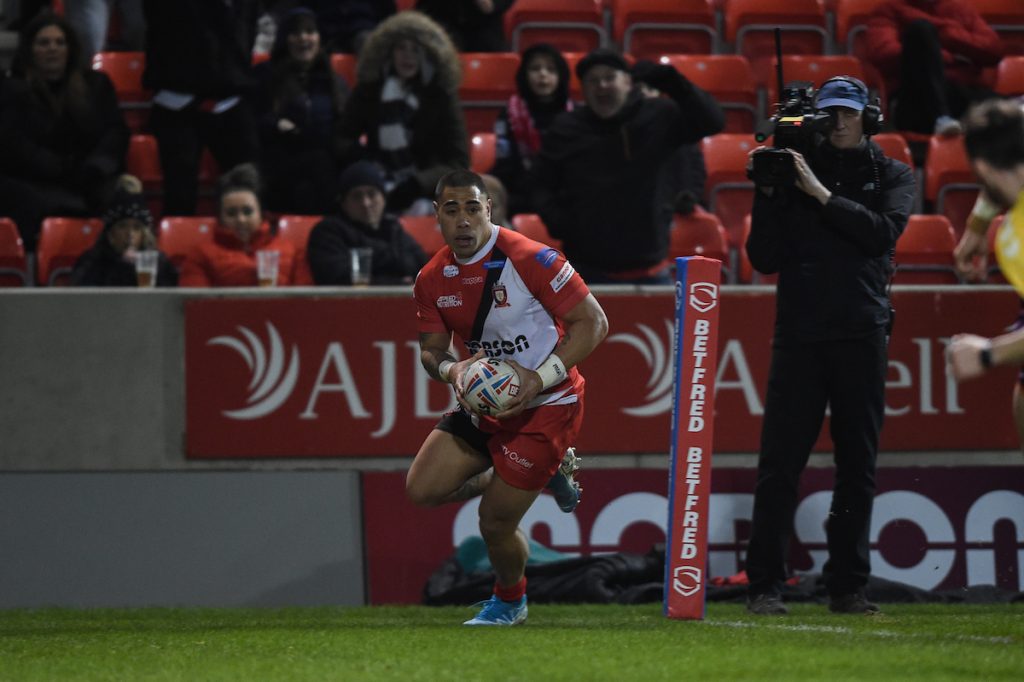 Dan Sarginson put Salford in the lead shortly after the second half restart but the Giants dug deep and levelled the score in the 54th minute through Louis Senior.

It was looking like the game was heading to golden point extra-time until Red Devils half-back Kevin Brown was sin-binned five minutes from time for a headbutt on Jordan Turner.

And Salford gave away a penalty in the following set, which meant Huddersfield were just 10 metres away from the try-line. Aidan Sezer added a penalty goal to snatch a 12-10 win for the Giants.

Damian Irvine to continue at Hunslet