A Hull KR fan is set to publish his second rugby league crime thriller, including the exotically named Lanzarote Eruption, which could be mistaken for a bonafide expansion experiment in the crazy real life world of Super League.

Chris Berry is the author of “Tough Season”, which topped the rugby league charts on Amazon and was also shortlisted for a crime writer award, and is now to release a sequel, “Tough Season in the Sun” later this month.

The story follows troubled rugby league star player Greg Duggan as he takes up the offer to join new club Lanzarote Eruption in the hot summer on the Canary Islands.

The synopsis is quite something: “Eruption are destined for Super League and Greg’s life, in tatters from a broken marriage, corrupt officials and convalescence after a bullet wound, looks set for sunshine. 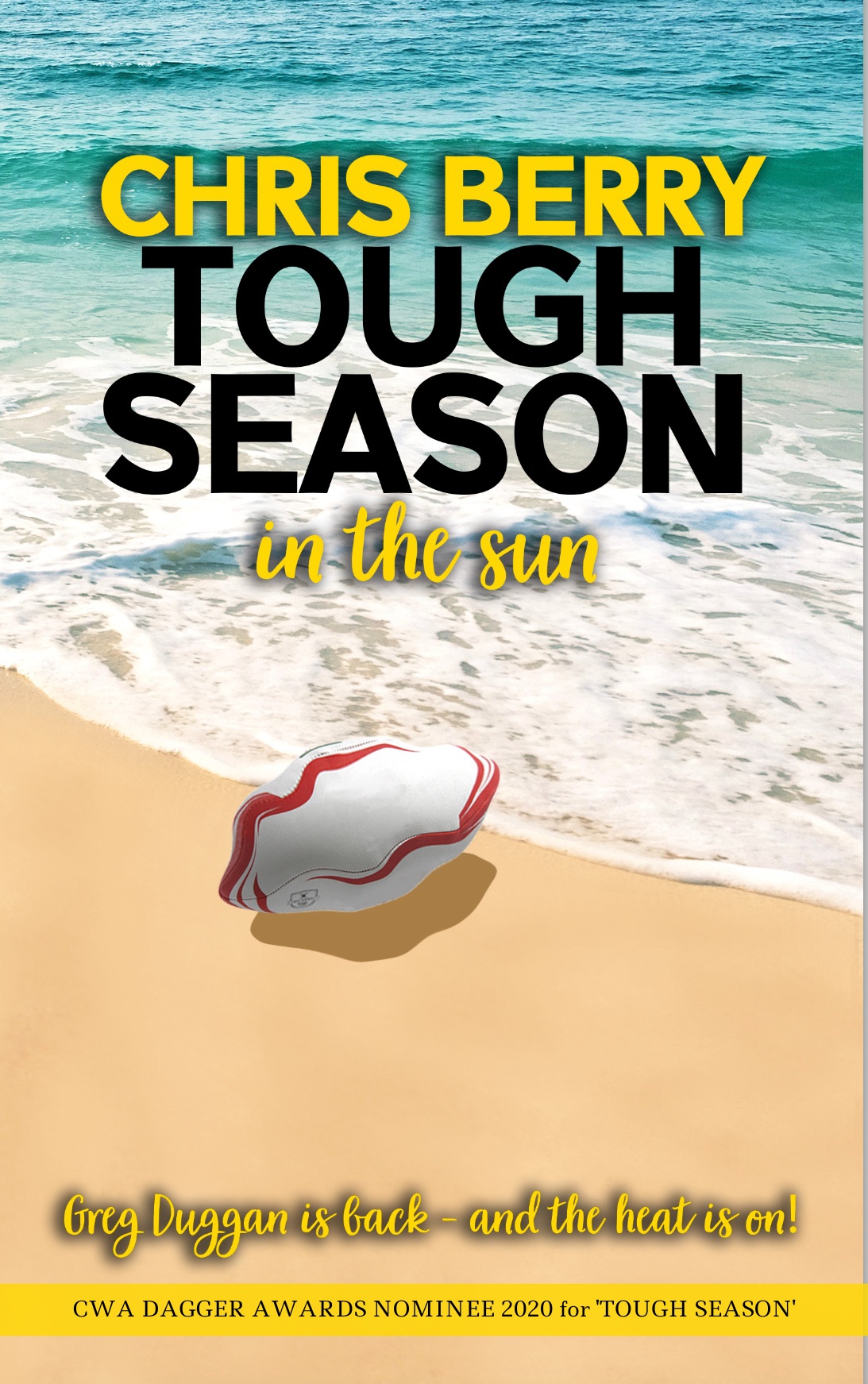 “But all is not what it seems behind the scenes at the high flyers and within the island’s elite, and Greg finds himself at the centre of another volcanic storm, while his past won’t leave him alone.

“Greg very nearly pulled off a miracle in saving his home town club Hopton Town in the first book of this crime thriller trilogy. Can his skill and determination on the pitch be matched by unmasking murderers and criminals, or will his legendary liking for female company prove his downfall?”

Hull-born Berry, who now lives near Leeds, has followed the game all of his life and still writes a feature column for the Yorkshire Post.

Memories of trips to grounds across Yorkshire, including Fartown, Crown Flatt and the Villagers ground in Bramley, has helped inspire his work. He also recalls memories of the Robins’ halycon days of the 70s and 80s, particularly Andy Kelly’s last minute drop goal to beat Wigan at Craven Park, a Challenge Cup semi-final replay win over Leeds at Elland Road and an agonising defeat to Castleford at Wembley without Gavin Miller.

He said: “All of these memories have collided to bring atmosphere to Tough Season. I wanted to write a book as my first novel that included one of my many passions, which also include music – I’m a singer /songwriter – have my own band and play solo.

“Tough Season uses rugby league in the same way Dick Francis uses horse racing – it is a vehicle, combining my love of the sport and knowledge, that allows for readers who know nothing about the sport to enjoy the thrills of he games while also still supplying a crime thriller context. This isn’t all about rugby league, it uses it as the canvas to work from.

“The characters, particularly the central character Greg Duggan is a flawed man, great player, enjoys his varied love life, gets caught up in something he hadn’t ever dreamed of – and his life spirals out of control, while he tries to keep in control.

“I keep in touch with where rugby league is at, and I always follow Rovers’ fortunes. I’m currently hoping Tony Smith will be our saviour!”