Teen sensation Joseph Suaalii has the world at his feet and can become a household name in the game after starring for Samoa at the World Cup.

Suaalii might only be 19 years of age, but he’s already made a huge impact on the game, having scored 16 tries in 24 NRL games for Sydney Roosters.

And he’s taken his game to the next level this autumn, starring for his beloved Samoa on the international stage.

“He’s a freak, there’s no doubt about that but he’s just building so the sky is the limit for him,” Milford said after Samoa’s 20-18 World Cup quarter-final win over Tonga.

Joseph Suaalii has a remarkable career ahead of him

The 6ft 5in, 100kg prodigy is comfortable playing full-back, centre or wing and has impressed for the Roosters this year.

“For a young man he’s been well schooled and well educated. He’s certainly enjoying the ride at the moment which is good.

“He’s a pretty good one (full-back) isn’t he? I think he’d be good in any position you put him in. H

“e’s a professional and has got a long career ahead of him which is going to be exciting to watch. To think he’s been part of this, I’m pleased for him too. He could have chosen to play for Australia obviously and he committed to Samoa like a lot of these young men which is very pleasing.”

Kristian Woolf: We let him run through us 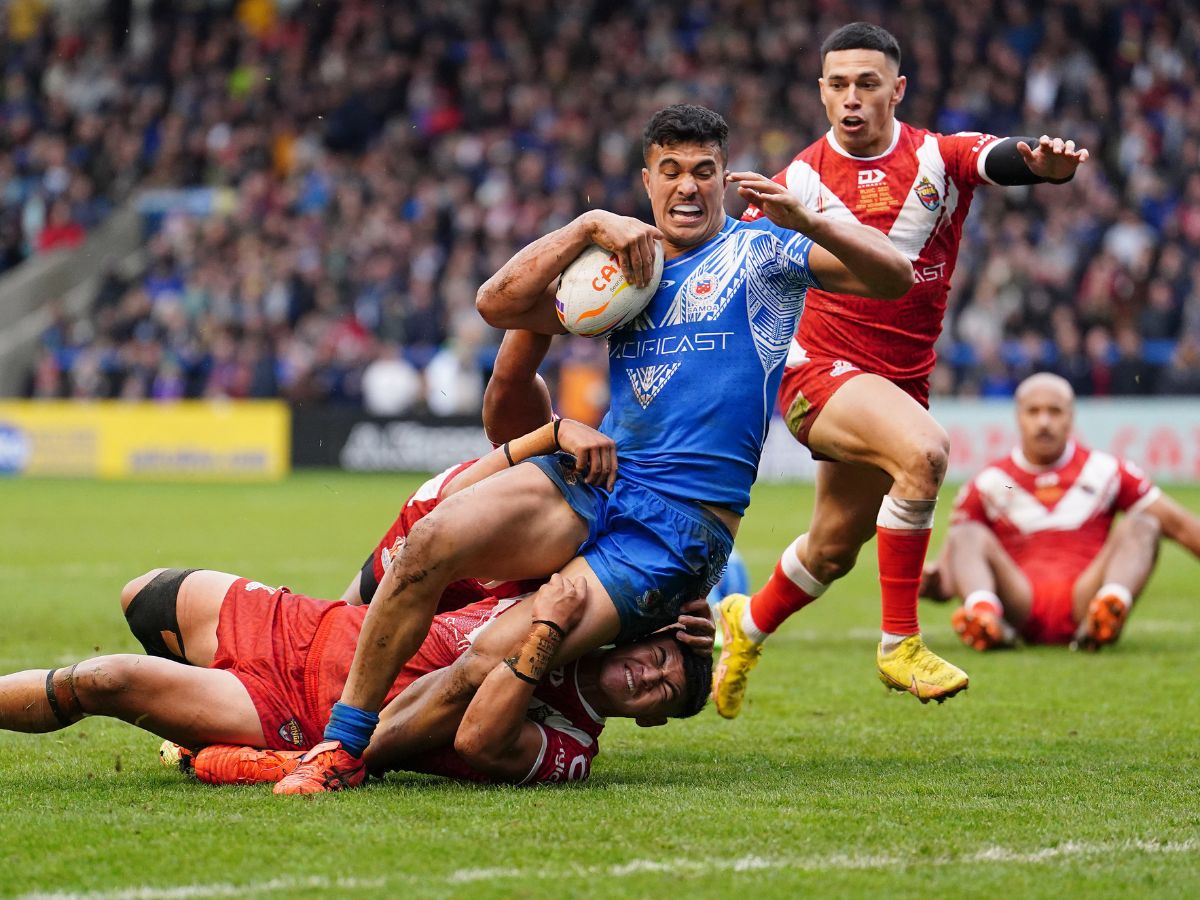 Tonga coach Kristian Woolf was complimentary of Suaalii after their defeat.

“We let young Suaalii run through us in the second half,” Woolf said. “I thought we needed to be a lot better there.

“He’s obviously a good player and a powerful athlete. He had a real impact today. We needed to be better on him in terms of how we handled him. But full credit to him and the Samoan team, they played to their potential. Guys like him really stood up and played well in a big game today and they deserve a lot of credit there.”

About Drew Darbyshire 8526 Articles
Love Rugby League Deputy Editor. Joined the site ahead of the 2017 World Cup and been a full-time reporter since 2018.
Twitter