John Bateman says he wants to “win everything” with Wigan as he plans on finishing his career with the Warriors.

The 27-year-old opted out of the last year of his three-year contract with NRL side Canberra Raiders in order to return to Super League and also to be closer to his family, in particular his 10-year-old daughter Millie.

He rejected a number of lucrative offers from other NRL clubs in favour of a return to Wigan, where he has unfinished business and plans to end his career.

Bateman said: “About five or six clubs showed interest and there was some really good money being chucked around.

“But once you weigh up the pros and cons and what’s best for you, it’s not all about the money, it’s about being happy.

“I’m not saying I wasn’t enjoying it but it was about coming back and playing for Wigan and this is the most excited I’ve been for a long time.

“You can never say never (about another stint in the NRL) but I’m fully confident I’ll be finishing my career at Wigan and that’s one of my aims now.

“I’ve said previously I want to win everything and there’s still a few trophies that I’ve not won over here yet. I want to do that with this group of lads.

“I’ve signed for four years with a fifth-year option and I’m really looking forward to that.” 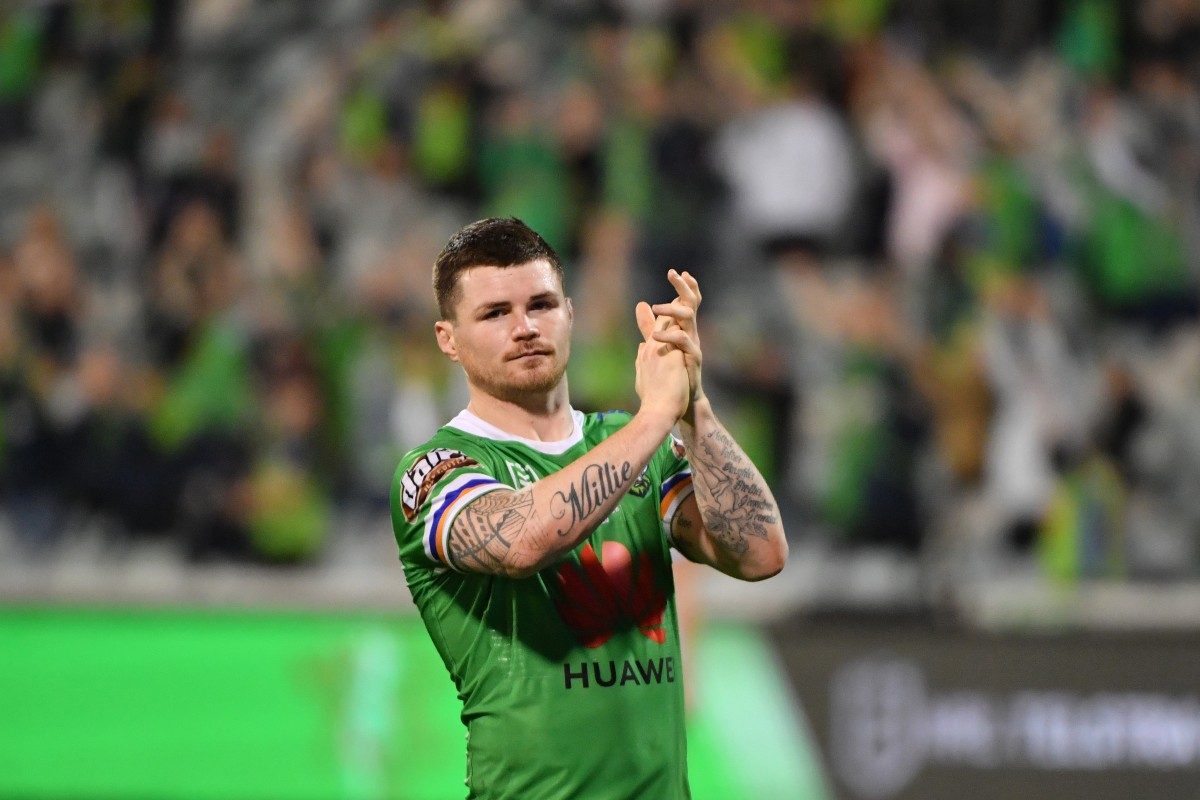 The Great Britain and England international was a big hit in Australia, where his all-action style earned him a place in the prestigious Dally M team of the year at the end of his first season before a shoulder injury disrupted his campaign in 2020.

He played a key role in helping Canberra reach their first Grand Final for 25 years in 2019 only to lose to Sydney Roosters and was in the team that lost to eventual champions Melbourne in the preliminary semi-finals last October.

Bateman said: “People say I was a success but I didn’t win anything and for me it’s all about winning stuff.

“We didn’t manage to win anything in the two years that I was there so it was very disappointing for me, that aspect of it. I’ve nothing to show for it.

“I might have gone well myself but it’s a team sport and I’m all about winning and that’s one of the biggest disappointments, not bringing anything back with me.”

Well the start of my 10th pre-season tomorrow.
After 3 months off,back at it with a new/familiar club and new set of lads.
This is the most excited Iv been in a long time to get back in too it.
Bring on 2021 @WiganWarriorsRL 🍒⚪️

Bateman’s last match for Wigan was the 2018 Grand Final in which he helped the Warriors to a second Old Trafford triumph over Warrington in three years.

It has been relatively lean pickings for Adrian Lam’s men since then but – with Bateman back on board and Jai Field recruited to line up alongside fellow Australian speed merchant Bevan French – the Warriors are fancied to go one better than 2020, when they suffered a last-minute defeat by St Helens in an epic Grand Final.

Bateman said: “They’ve not managed to win anything in the last two years.

“Obviously they won the league leaders last year but nobody looks at that when you don’t win the Grand Final or the Challenge Cup.

“With the group we’ve got now, I can’t see why we can’t win everything. That’s our goal.”