The half-back combination between Jake Trueman and Danny Richardson could take Castleford to the next level, according to Tigers captain Michael Shenton.

Stand-off Trueman has been at the forefront of Castleford’s attack for the last couple of years, with his impressive performances seeing him win Super League’s Young Player of the Year award in 2018.

Scrum-half Richardson is a new arrival at the Mend-A-Hose Jungle, having joined from St Helens in the off-season – and Shenton believes the partnership could be deadly.

He said: “Its exciting. A lot of teams have gone for Australian halves but we’ve got for young British halves with plenty of talent.

“I think they’ve both played around 50 first-team games so they are still inexperienced compared to other players of such pressured roles but I don’t think they’ll feel the pressure.

“They’ll both grab the game by the scruff of the neck. They won’t take a backwards step, they’ll get the ball in their hands and they’ll call the plays.

“Truey’s partnership with Danny has seen him grow as a person. Danny is out there, he’s bubbly and is never lacking in confidence. Danny wants his hands on the ball, he kicks when he wants to kick and he’s a smart player.” 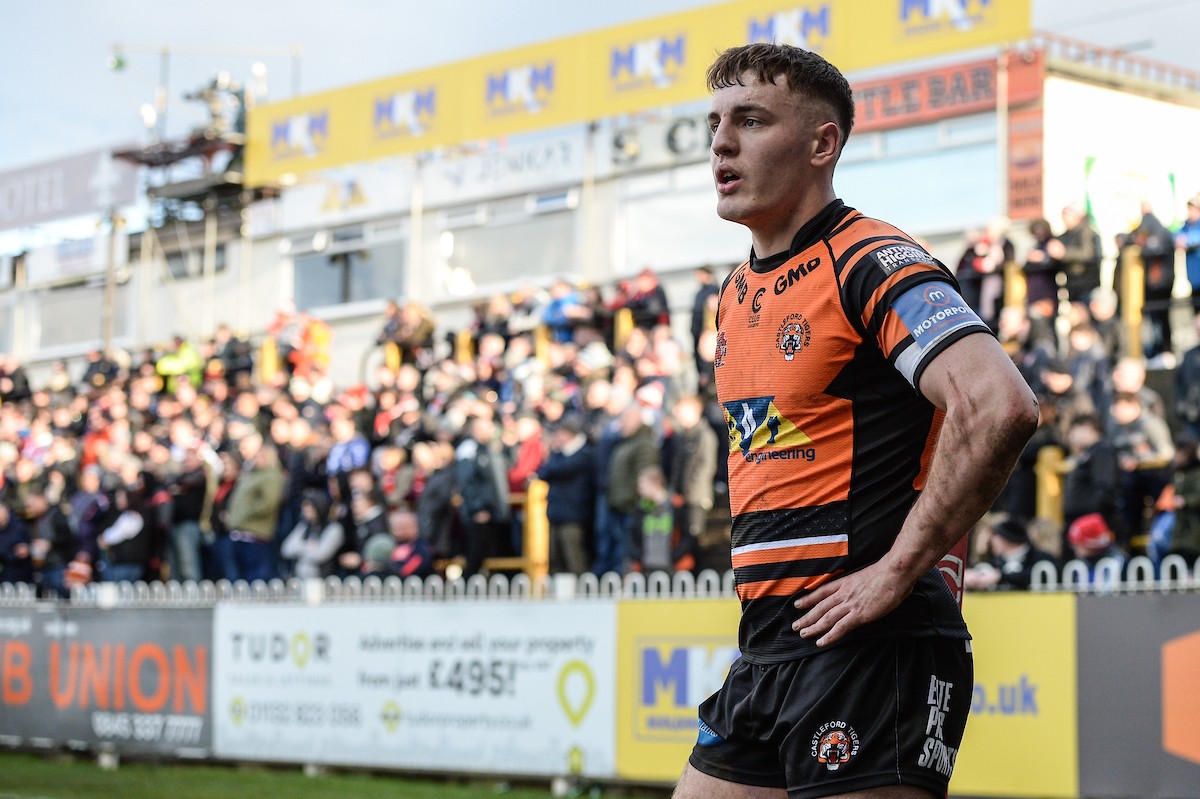 Despite only being 21, Trueman has made more than 60 appearances for Castleford already and played three games for England at the Nines World Cup last autumn.

The former Bradford playmaker was also part of the Great Britain squad on their tour of the southern hemisphere last autumn – and Shenton believes Trueman could be a superstar in the game.

Shenton added: “Truey has grown. He is a quiet person off the field but on the field we are trying to make him grow because he’s unequalled in talent for our team. He’s our best player.

“Being able to nurture him and turn him into something unreal is what we want out of him.

“You can see him growing. He’s relaxed, he’s believing in himself, he’s running the show and calling the shots so its really exciting for us.

“I think our spine in general looks good. We know all about Paul McShane, he’s a quality experienced dummy half and he’s looking fresh this year.

“Jordan Rankin is exciting at the back for us so we have the opportunity to do something good this year because our spine looks quality.”

Matt Cooper: The St George Illawarra Dragons centre who had it all

About Drew Darbyshire 8039 Articles
Love Rugby League Deputy Editor. Joined the site ahead of the 2017 World Cup and been a full-time reporter since 2018.
Twitter